A MUM came up with a ‘brilliant’ idea to keep her son’s Lego off the floor after continually treading on it.

She decided to make him a bespoke table using cheap pieces of furniture from Ikea and Wilko. 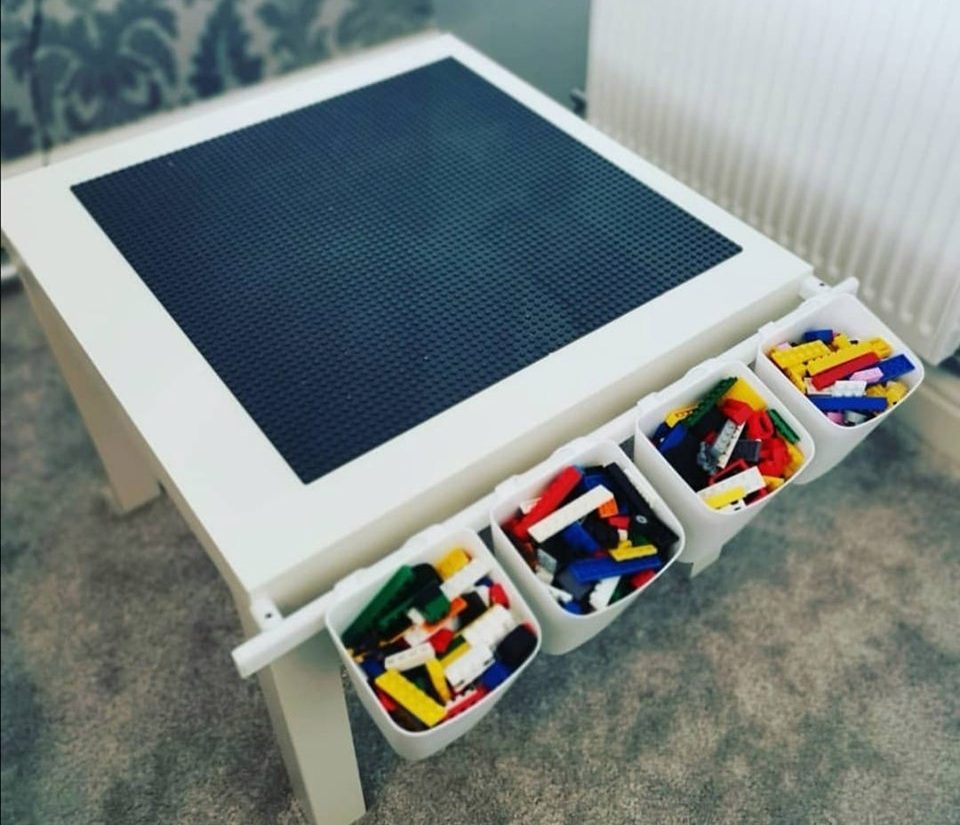 The DIY guru made it in time for the lad’s birthday, and it’s a win-win for her as he loves it and she’s not stepping on bricks anymore.

She shared her handiwork to Facebook group Extreme Couponing and Bargains UK group, where she revealed she made the table for just £17.

The proud mum wrote: “Absolutely love the DIY Lego table I made for my little boy.

“I don't know about anyone else but a few choice words come out when occasionally I would step on a piece of Lego. It really does hurt. 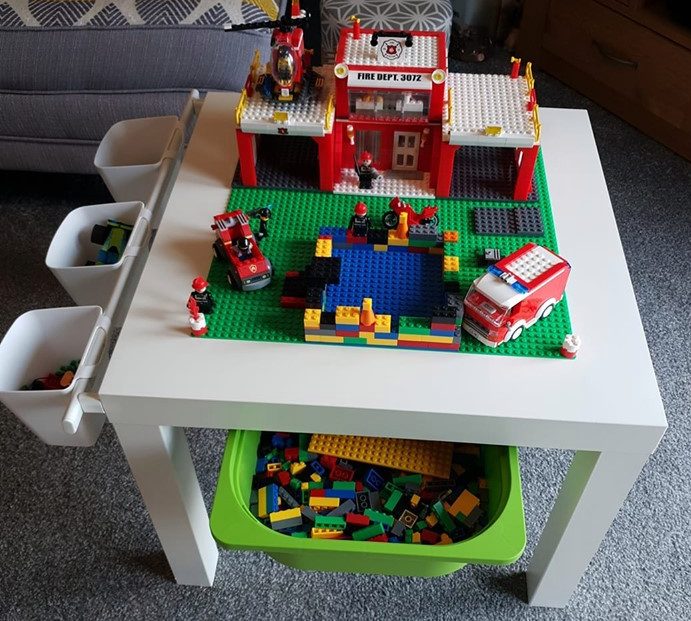 She said she was inspired by seeing similar versions online for £35, but didn't fancy spending quite so much.

She added: “Honestly it's a fantastic idea but you can make it yourself for half of the price.”

Her post has racked up more than 1,000 likes, as fellow parents praised her idea.

They asked how she created it on a budget, and the mum said she shopped at Ikea and Wilko for all the bits.

She said: “I purchased the white table from Ikea for £6.

“The white tubs which are great for holding Lego pieces or you could even use it for stationary were 50p a tub Ikea.

“I then bought the white hook that comes with the tubs for £1.50 Ikea and finally you can buy the Lego boards from a few places or you might even have them already but I picked mine up from Wilkos for £4 each (I used 2 boards).

“I then simply glued the boards down. Drilled the white hook on which just fits by the way and I managed to squeeze on 4 of the tubs.”

And it was a hit with her little boy, with the mum adding: “He loves it!

“When he has finished building a Lego model he keeps it on top for people to see but still has space to make another one.”

A fellow mum commented: “Need to do this!”

Plus this mum created a Narnia den for her daughter – which you access through a wardrobe.

And this mum is terrifying parents after turning her kid into Pennywise the clown.

Meanwhile this mum overhauled her stairs by shopping on a budget at Ikea, B&Q and The Range.