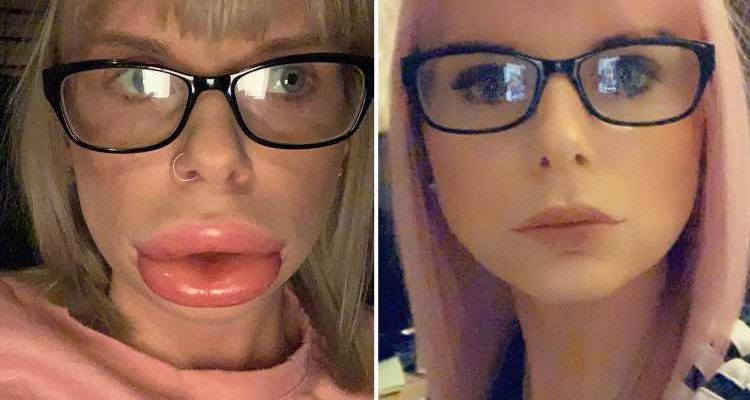 A MUM-of-two says she was left with horrific "sausage lips" after suffering a nasty reaction to filler treatment.

Christina Burton, 29, had to be rushed to hospital as her lips began to swell "out of control" and her throat started to close following the £75 at-home procedure. 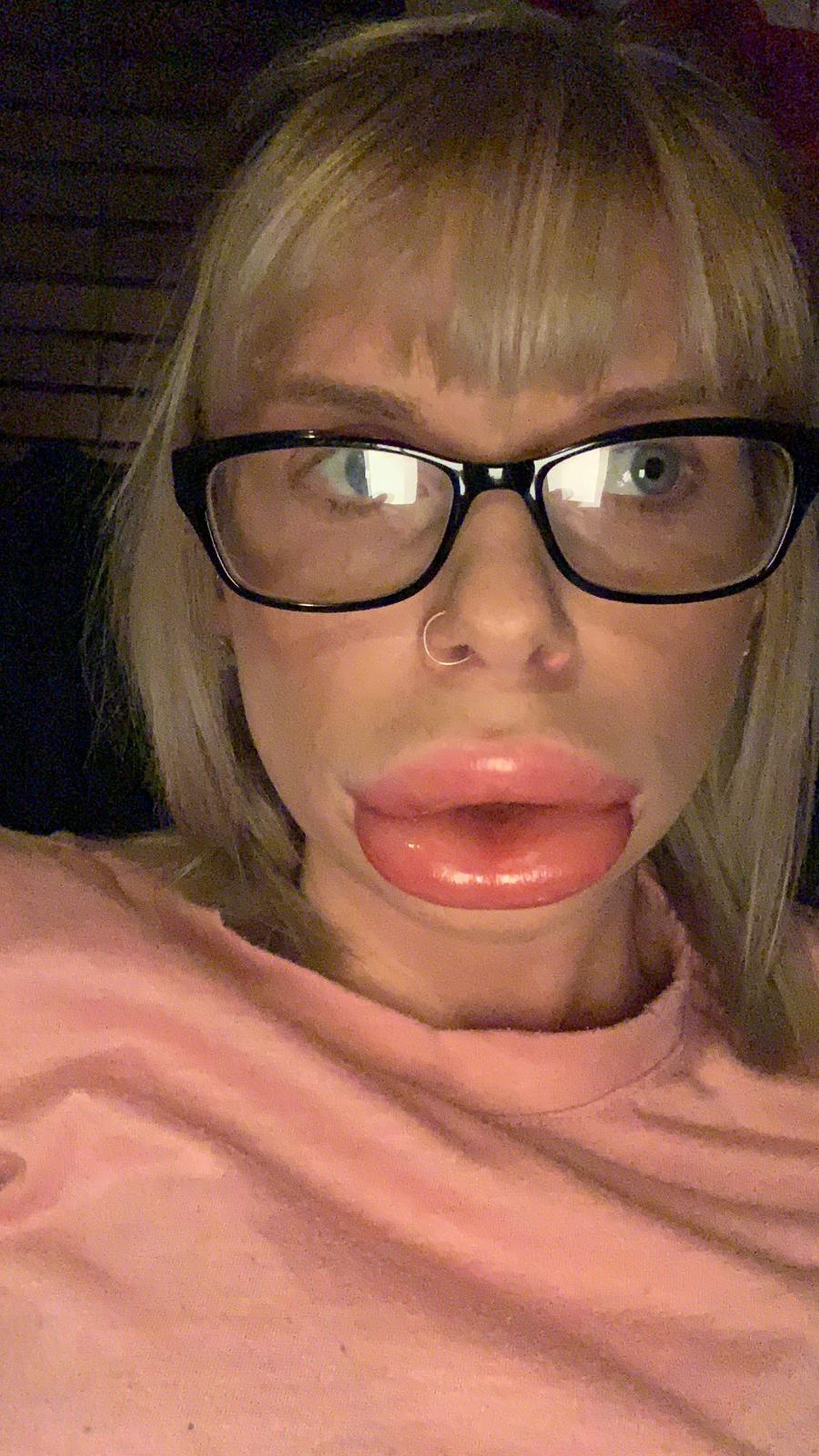 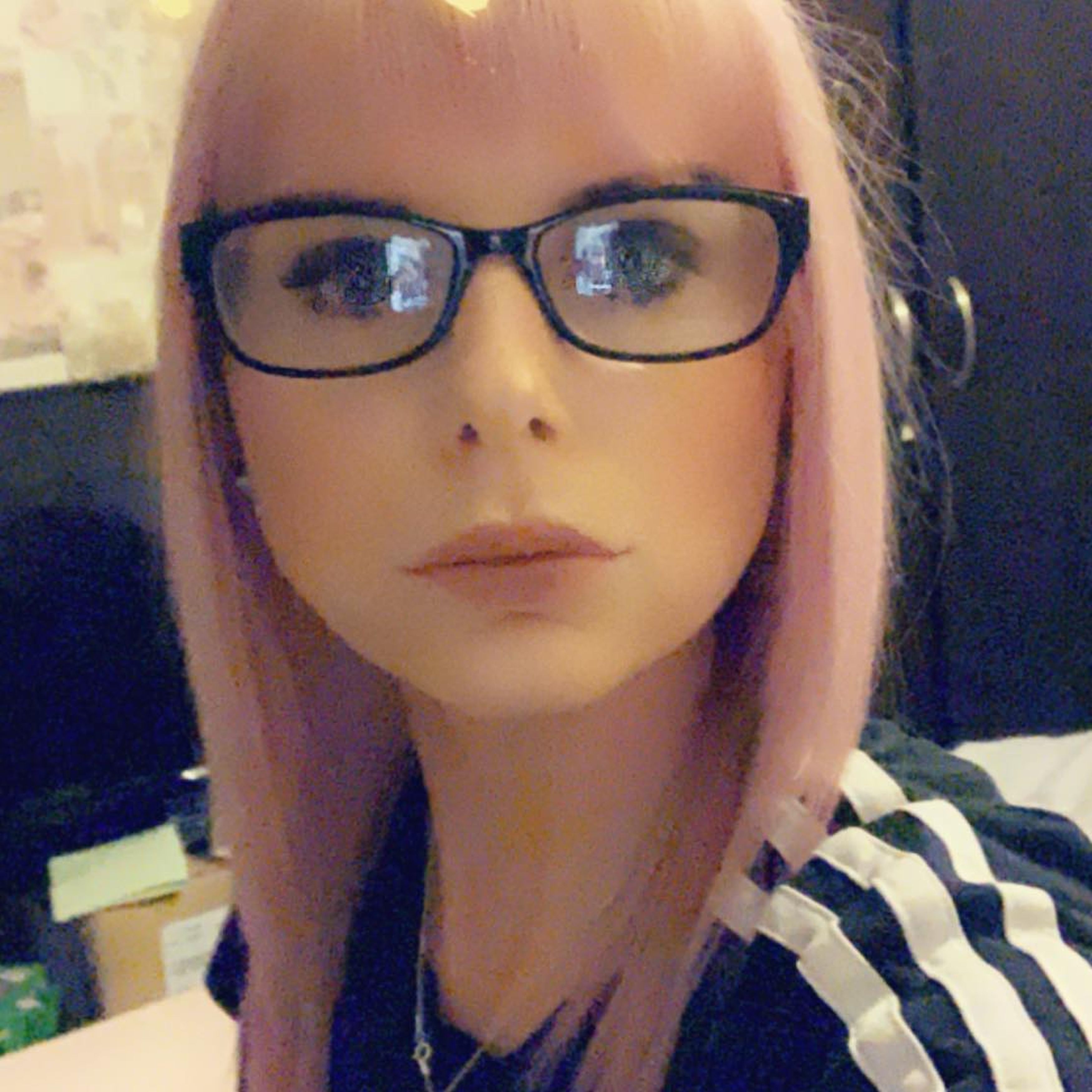 She said she knew something was wrong from the moment the beautician put on the numbing cream, but says she was assured the reaction was normal.

But within hours of having 1ml of filler put in her lips, the mum says the pain and swelling became unbearable and she had to call an ambulance.

“My lips kept getting bigger and bigger and more painful. I thought my lips were going to explode, the pain was unreal.

“I couldn’t swallow anything. I tried taking antihistamines and painkillers to help with the swelling and I had an ice lolly to keep them cool but they just got out of control.

“As soon as they put the cream on I just knew something wasn't right, my lips were tingling and felt like they were swelling up straight away.

“When you have numbing cream on it does feel like it’s swollen because it’s numb.

“That time I just felt something wasn’t right – my lips were swelling straight away and I was in pain, which I never usually am.

“After she left I looked in the mirror and saw they they were swollen, my throat was numb and I started struggling to swallow.

“The swelling was that bad it went up into my nose and it closed my throat and nose. I was struggling to breathe.

“When it got to that point I had to phone an ambulance.” 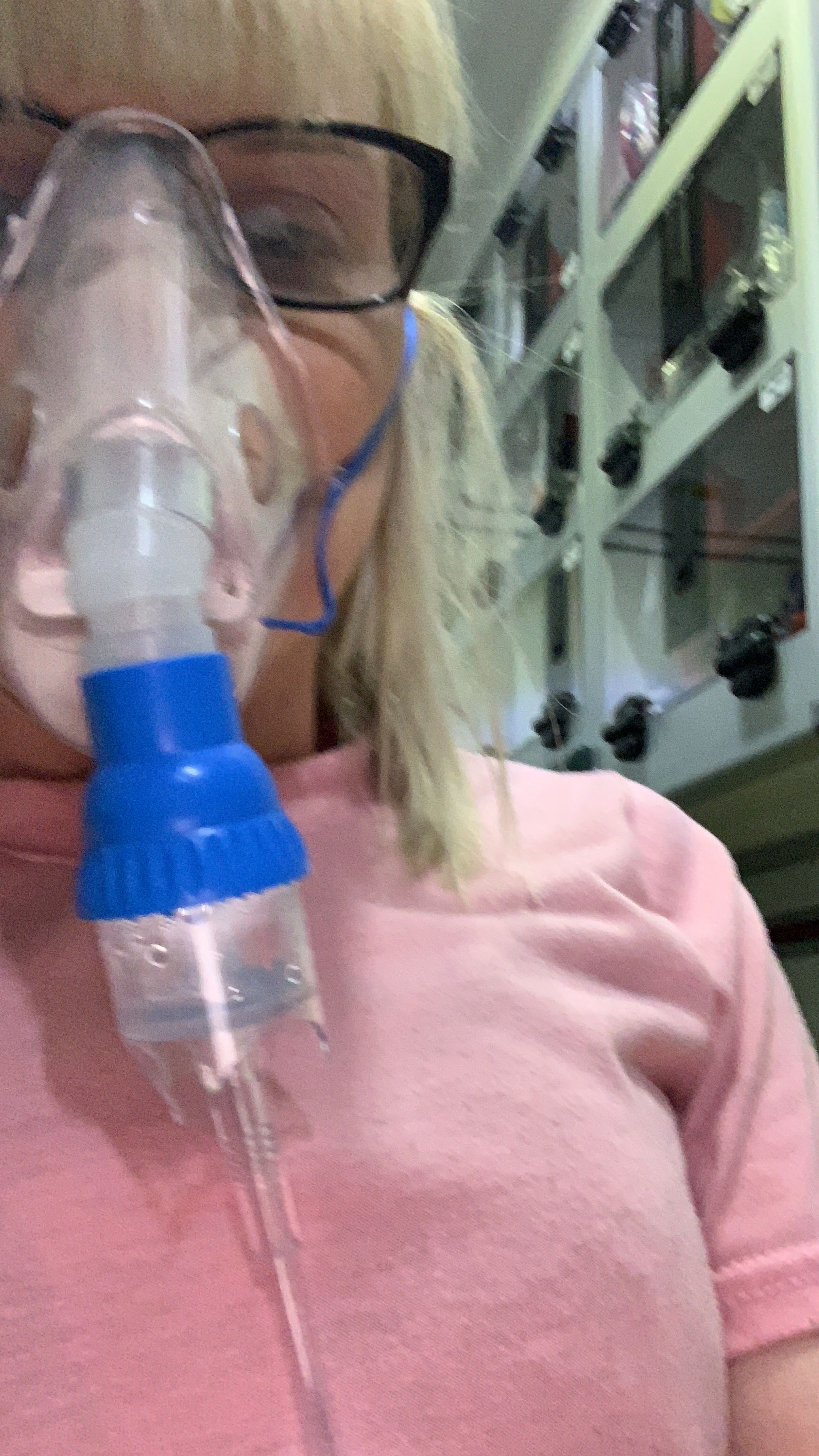 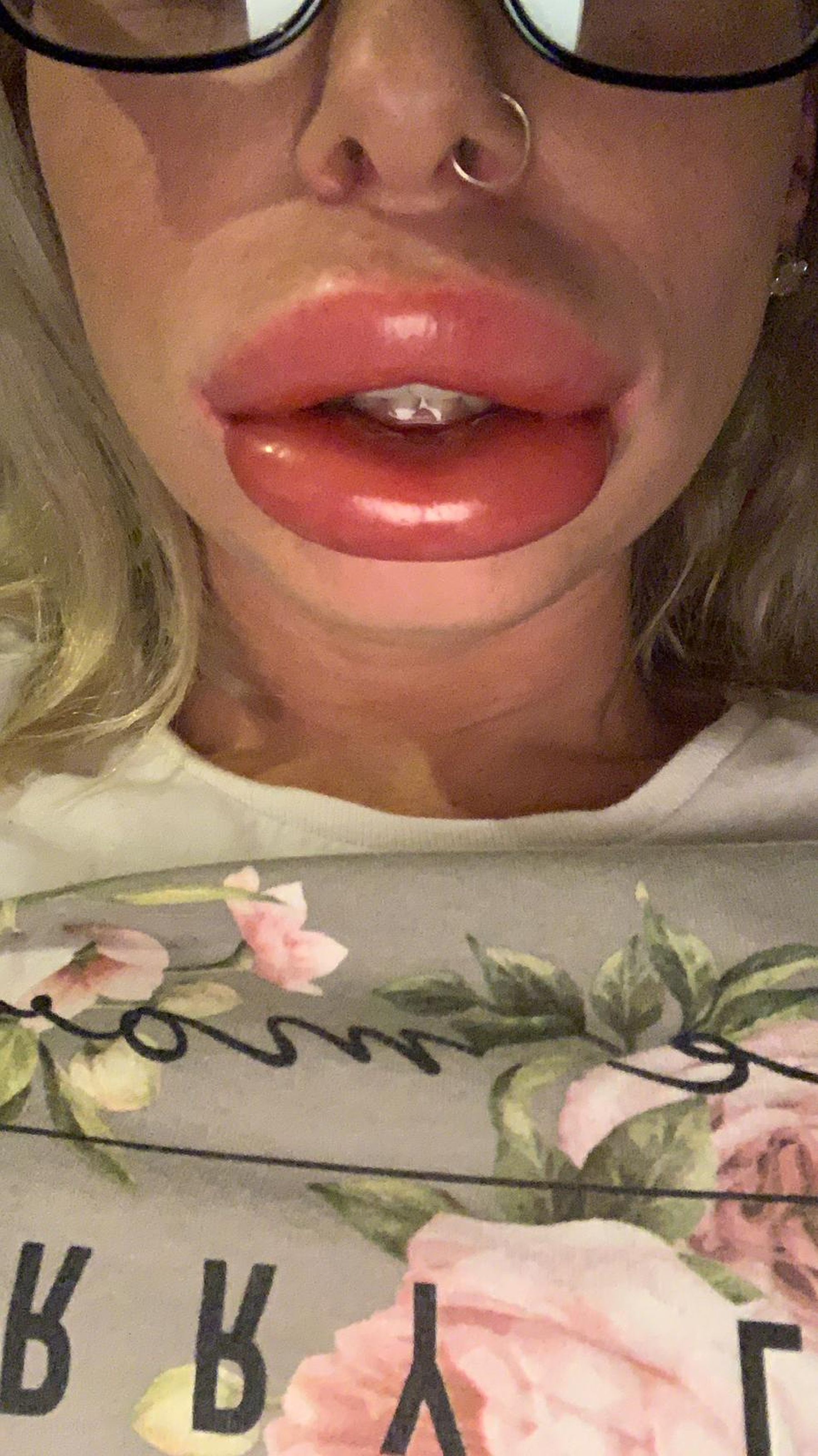 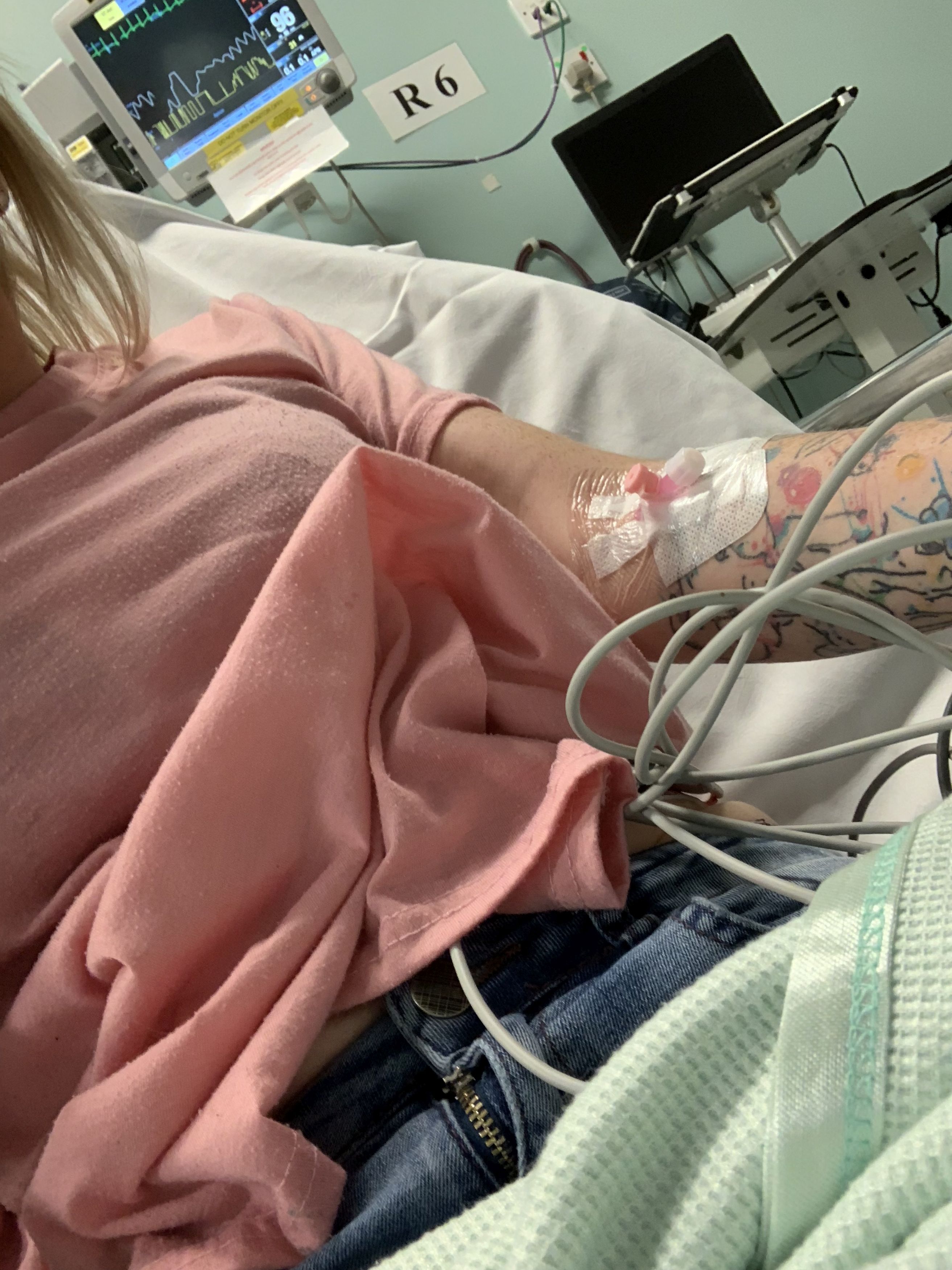 Four hours after having the lip filler treatment Christina called 999 and an ambulance crew raced to her house and administered adrenaline, put her on oxygen and gave her a nebuliser.

After 45 minutes of treatment at home, Christina was taken to Wythenshawe Hospital where staff gave her steroids, anti inflammatories and antibiotics and monitored her condition overnight.

Christina said: “When they came to my house I couldn’t breathe, they had to give me a cannula straight away and two lots of adrenaline.

The pain felt like they were going to explode, it felt like when something has its own pulse

“That’s when it scared me. It’s a good job I didn't go to sleep which is what I was planning to do, I worry I might not have woken up.

“The hospital nurses couldn't believe how badly swollen my lips and the skin between my nose and lips were.

“The pain felt like they were going to explode, it felt like when something has its own pulse.

“I couldn't open my mouth because my lips were that heavy, it was scary.

“I’m scared to death of hospitals. Last time I was in that ward my gran passed away and I was in the same room where she was, it was just horrible.”

Christina was discharged at 6pm the following night and given a course of steroids, anti-inflammatories and antibiotics to take home.

When Christina initially shared pictures of her allergy hell, friends and family thought she’d put a filter on them and laughed.

However when people realised they were real they were stunned – and she claims one pal threw up in shock. 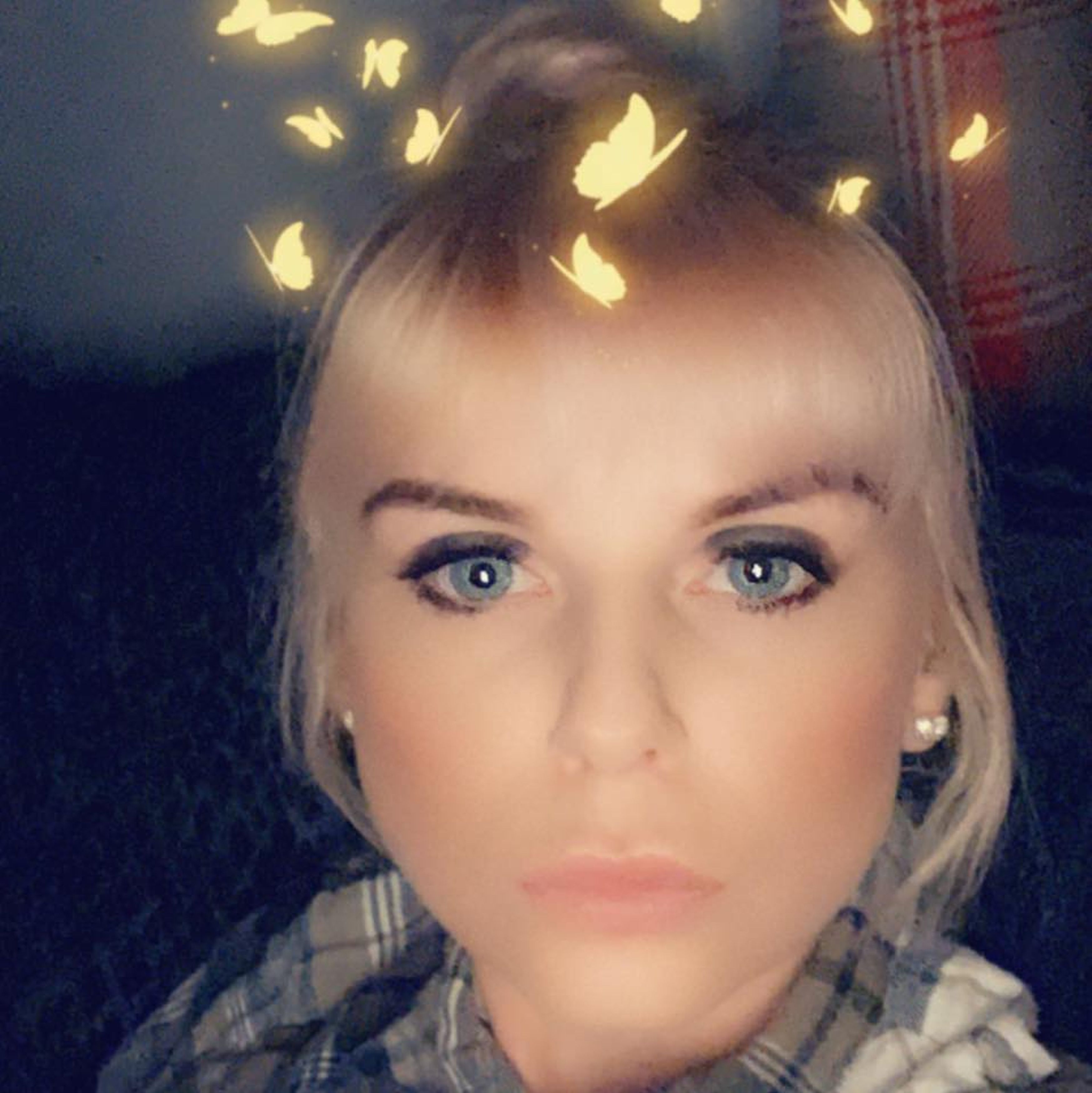 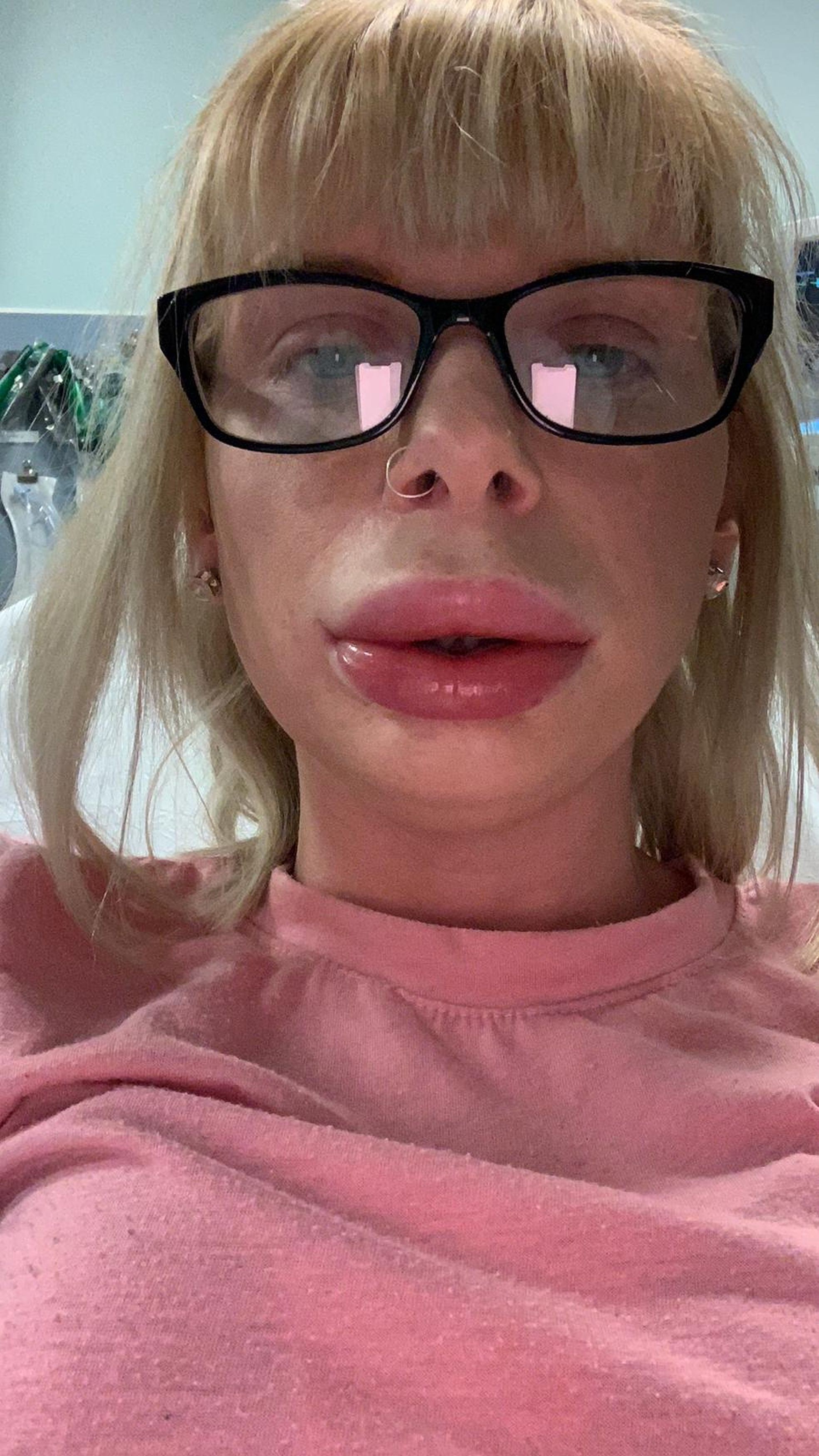 Christina said: “Everyone thought it was a Snapchat filter, I even FaceTimed my cousin who laughed at first because I looked like a duck. I couldn’t even talk it was that bad."

She had the procedure done in September last year and is now sharing her ordeal to urge people to do their research before going under the needle.

Christina said: “I won’t get fillers again. I’ve been tempted to get them done again but I’m just scared.

“I’ve gone to book it and cancelled it because the thought of going through that again? I just can’t, it’s not worth it.

“It could have killed me, who would explain that to my kids?

“I’m sharing my story in the hope that people are aware that allergic reactions can and do happen to anyone.

“I would say to anyone thinking of getting filter to make sure it’s with someone who’s fully qualified and has had proper training, you know what products they’re using and they’re insured.” 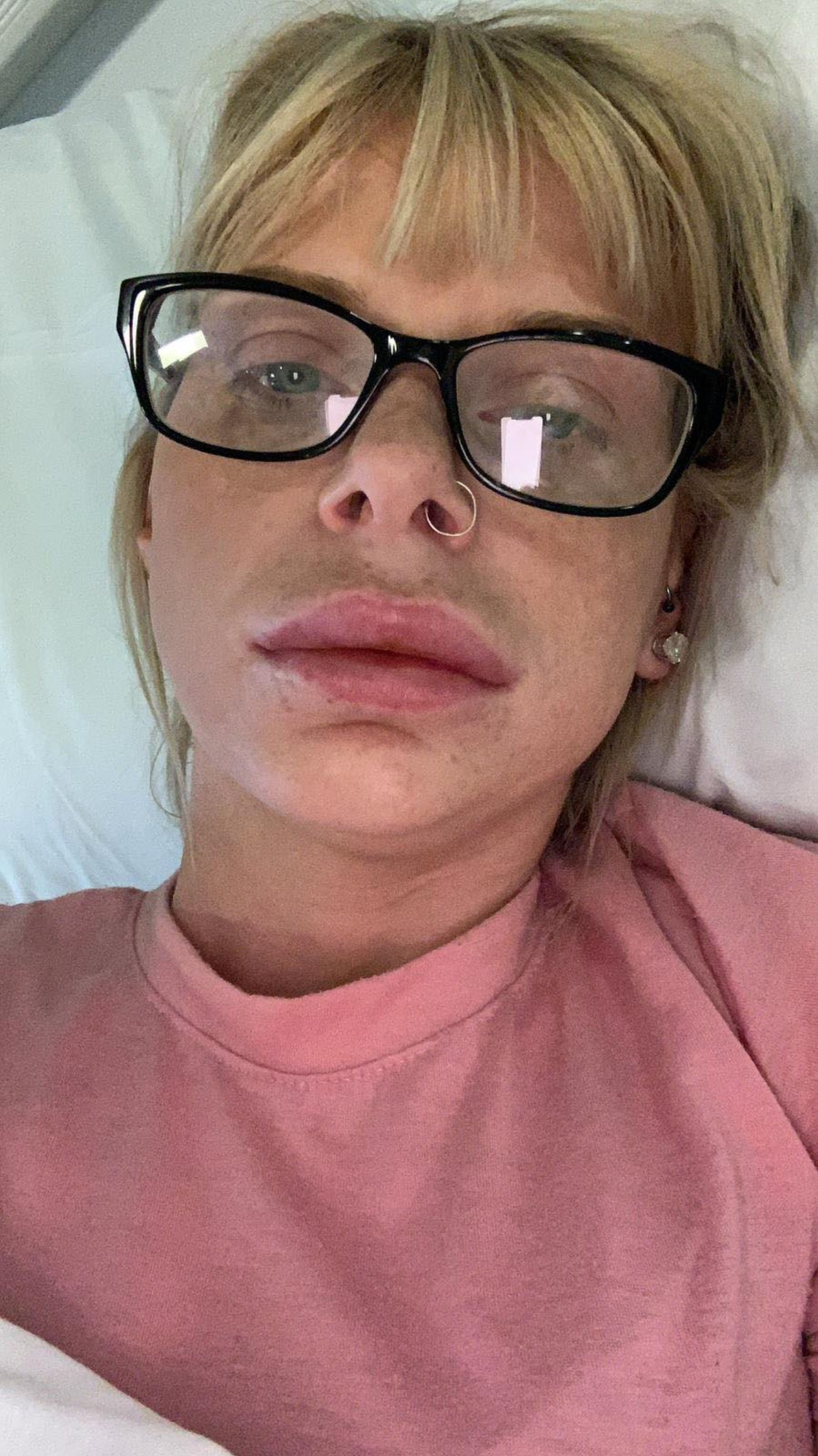 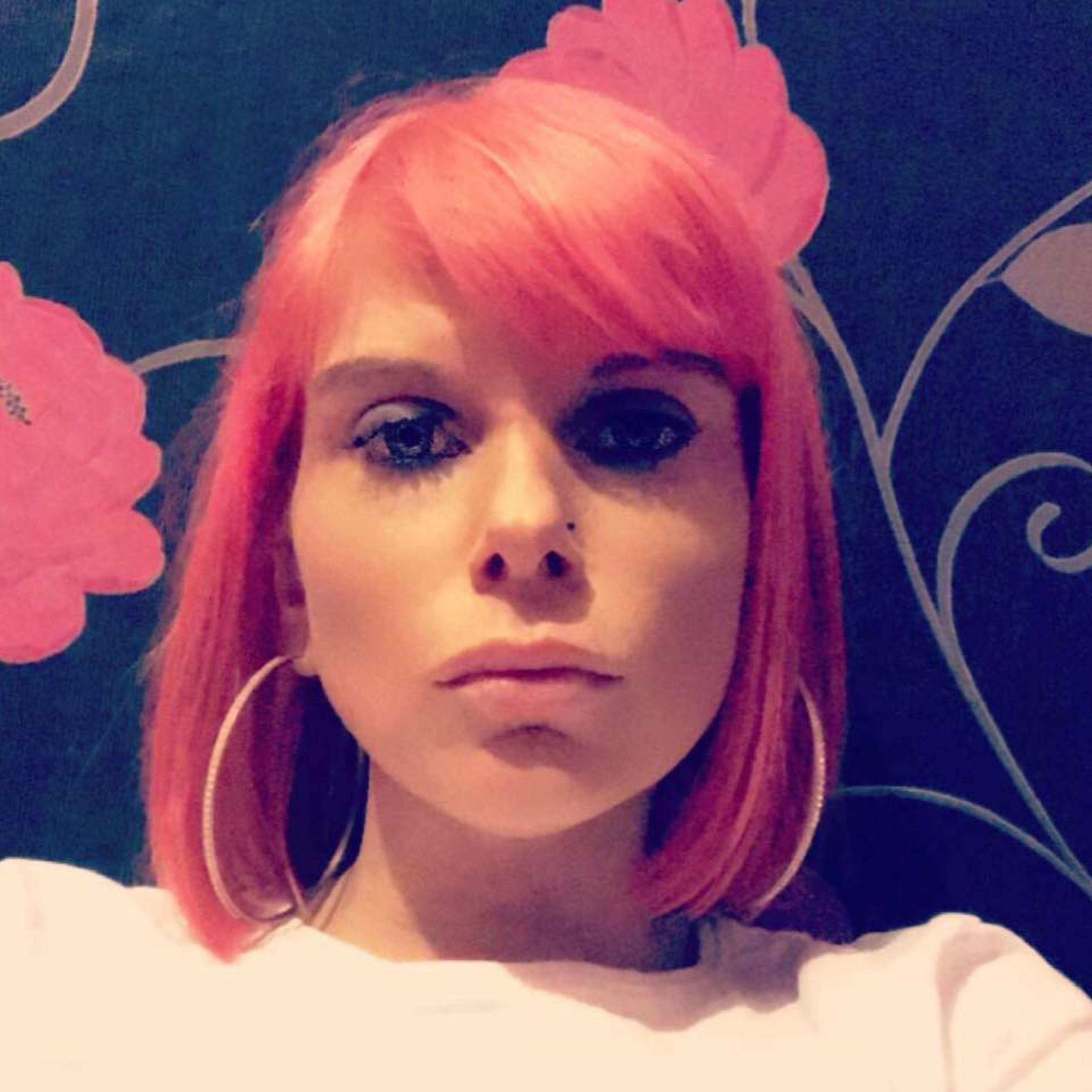 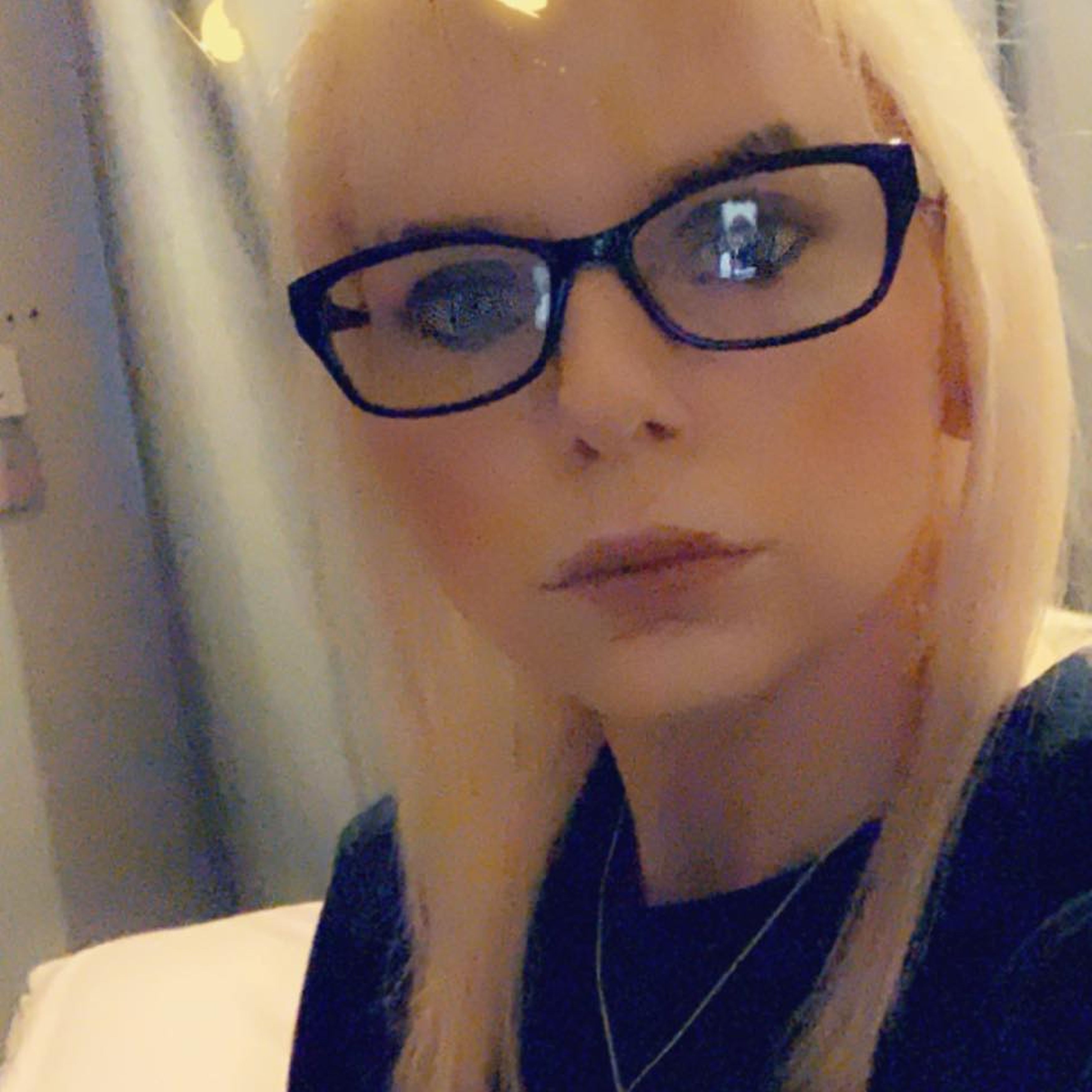