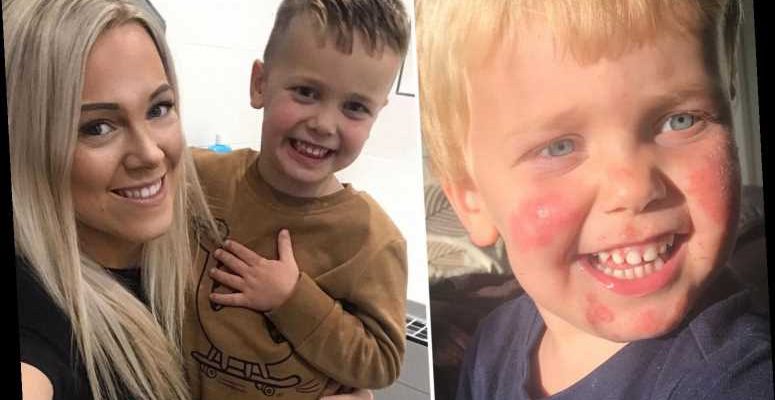 A MUM was left horrified when a photographer suggested "airbrushing" her son's eczema out of a family snap.

Jack Todd, now three, was diagnosed with the itchy, red skin condition just after his first birthday – and even suffers on his face.

His mum Emma Nunn, 24, from Medstead, Hampshire, has tried to treat the eczema with steroid creams – but failed to see an improvement.

Handler Emma and Jack's stepdad Jordan Erif, 28, who works in recruitment, says strangers often stare when they're out and about.

But they were heartbroken by the photographer's reaction, after ordering some family photos with Jack, then 18 months, in December 2017.

Emma said: “After the shoot, the photographer asked if we’d like his skin edited and it just broke my heart.

“He looked so happy in those photos and I didn’t know why anyone would want to airbrush him.

“I actually ended up walking out telling the people at the studio, 'We’re not doing business with you’ .” 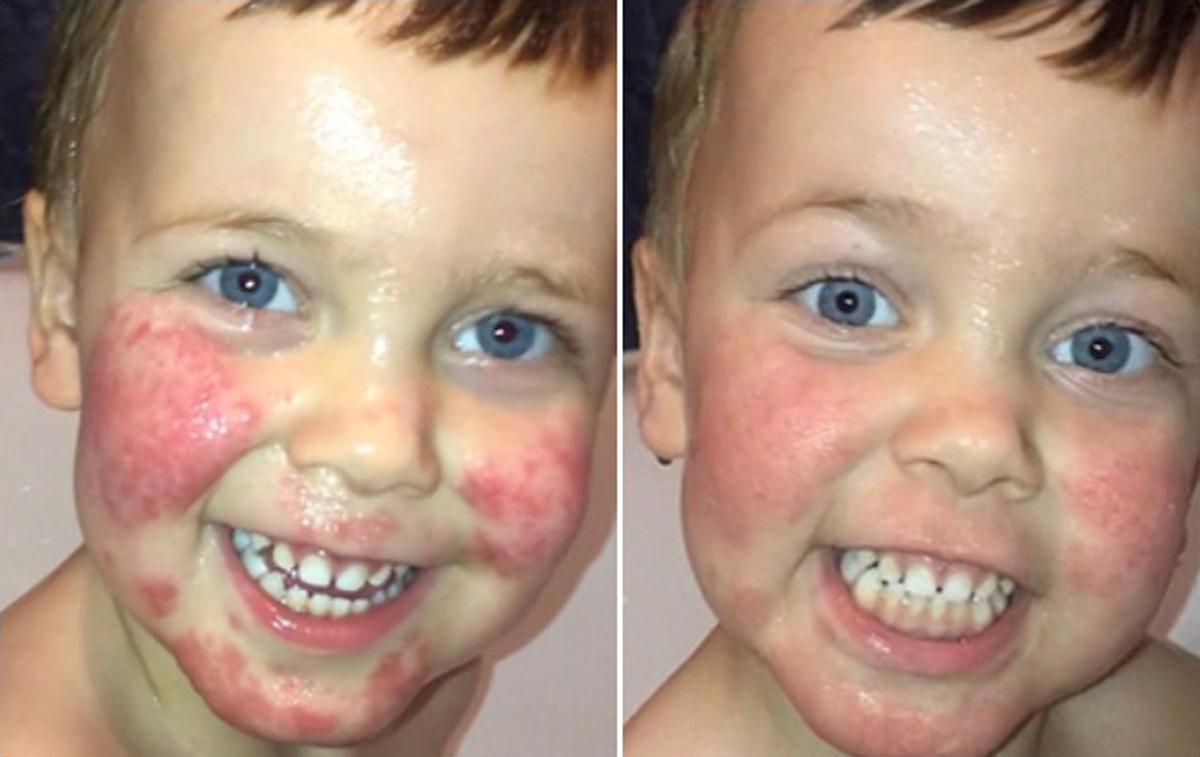 Of the careless attitudes of others, Emma added: “Other parents would ask what it was on his face, if he was contagious and if their little one might end up picking something up.

“You would hear them saying things like, ‘Stay away from that little boy.’ Then you would hear children saying, ‘What’s that on his face? It doesn’t look very nice.’

“I can appreciate why parents might react like that, but getting asked these questions was not very pleasant for me.” 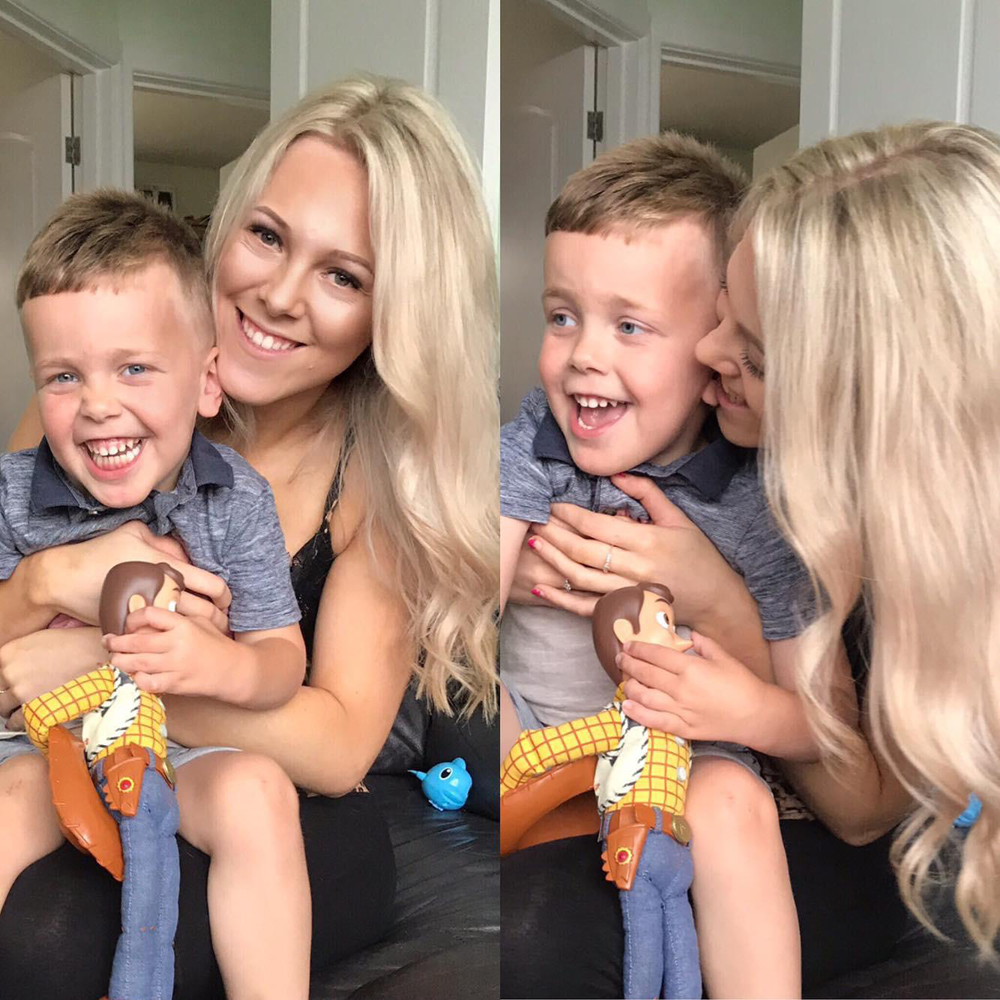 It was shortly after Jack's first birthday, July 27 2017, when Jack started developing red, sore patches on his face.

A few weeks later, he also developed them on his legs and arms.

“It looked like the skin condition impetigo,” Emma said.

It just broke my heart.He looked so happy in those photos and I didn’t know why anyone would want to airbrush him

“I took him to see the doctor pretty much straight away and he was prescribed different steroid creams, but none of them worked, or if they did it would be for a very short period of time.

“ We were back and forth to the surgery sometimes every couple of weeks.

“It was awful for him, he was just sore and itchy. I’d have to use a lot of distraction techniques to try and make sure he didn’t scratch it.

“He tried to smile through it all but it made him quite miserable.” 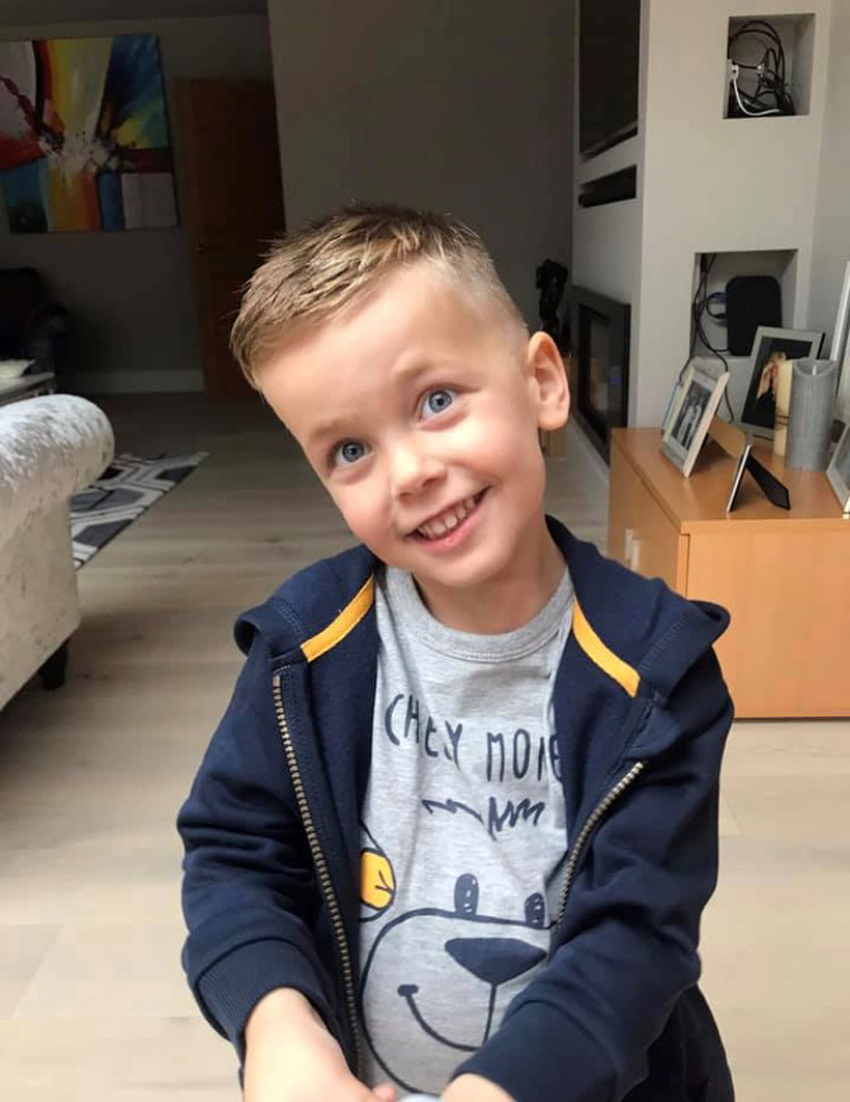 Eczema is a condition that causes the skin to become itchy, red, dry and cracked.

Atopic eczema (the most common form of the condition) is more common in children, often developing before their first birthday.

However, it may also develop for the first time in adults.

It's usually a long-term condition, although it can improve significantly, or even clear completely, in some children as they get older.

The exact cause of eczema is not known.

Symptoms:
Some people only have small patches of dry skin, but others may experience widespread red, inflamed skin all over the body.

It can affect any part of the body but it most often affects the hands, insides of the elbows, backs of the knees and the face and scalp in children.

There are many different treatments to help control eczema, including:

As eczema doesn't have a clear cause, Emma was worried Jack would never beat it.

For 18 months, she avoided taking him to soft play and similar activities, so she wouldn't have to face the cruel comments.

“I would take him to my friend’s house to play with other children or to the park, but avoided any environment where he would be so close to other people,” she said.

Other parents would ask what it was on his face, if he was contagious and if their little one might end up picking something up

In January 2018, shortly after the disastrous photoshoot, Emma pleaded for remedy recommendations on social media.

She decided to try Childs Farm, a £4.50 moisturiser, after hearing glowing comments.

She said: “I wrote to them asking if they could help and they sent over some samples. 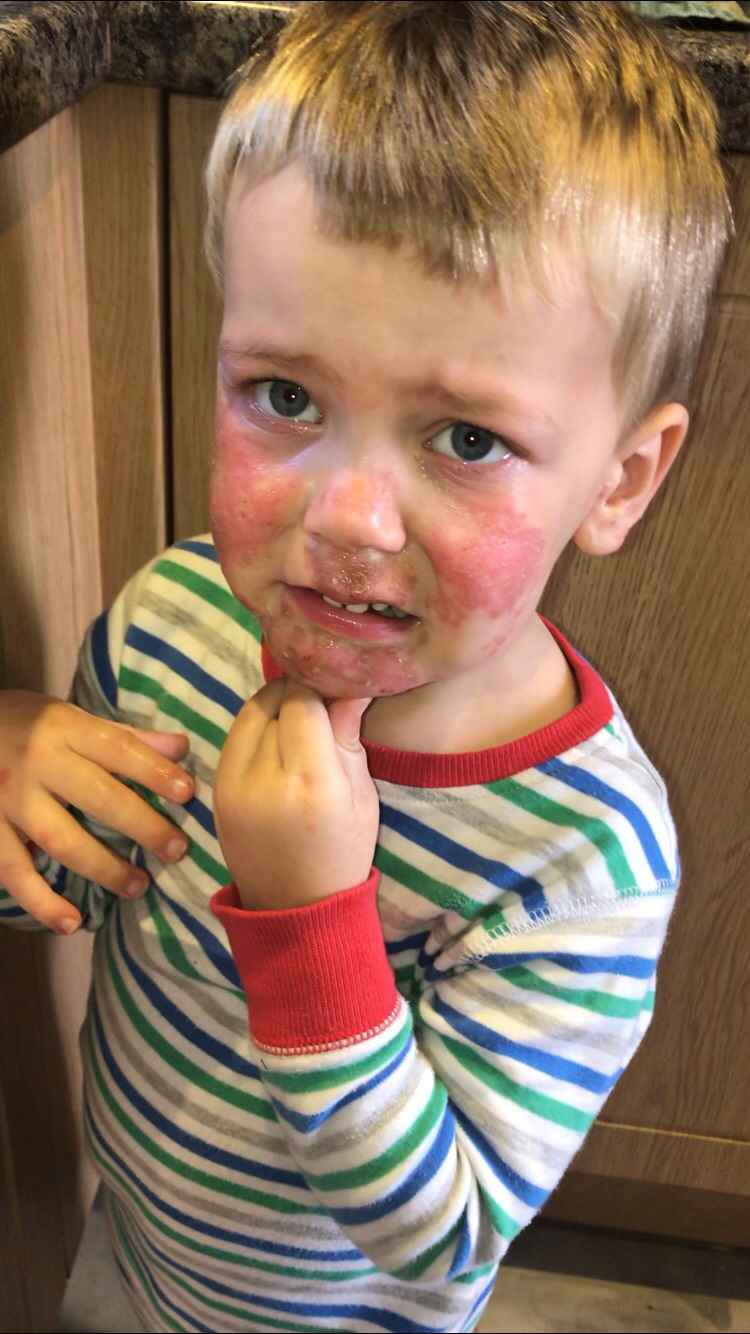 “I thought it would be worth a go, so we did a patch test, then tried it on his sore bits. Within a week we’d had a really good result. It looked less red and sore.

“Then, within two months, it had gone completely and it’s been like that ever since.

“We still use the cream every morning and night.Jack does it himself as part of his routine.

“I don’t know what we would have done without it. It’s so nice to take him out and not feel like people are pitying him anymore.

“He’s so much happier now. I took him to soft play at the weekend and he was completely himself and totally confident, so I don’t worry about him at all anymore."

We previously spoke to a man who ‘cured’ his eczema by depriving his skin of ANY moisture after steroids triggered a horror reaction.