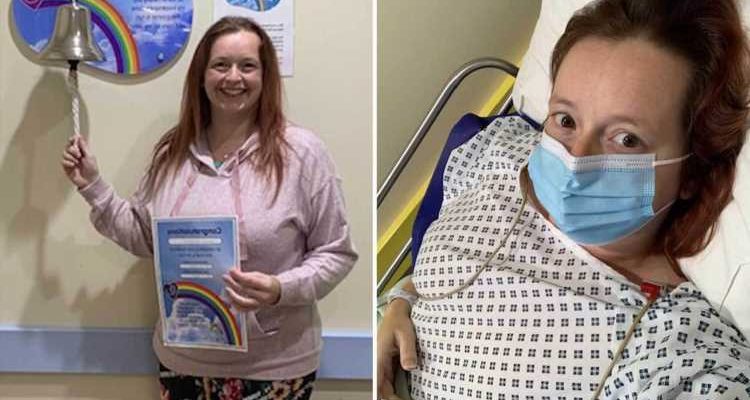 Mum-of-three Donna Bradbury had never missed a smear test – and her results were always clear.

So when the 37-year-old started passing clots when she went to the loo, and her GP told her it was an infection and prescribed her antibiotics, she didn’t even suspect it could be cancer. 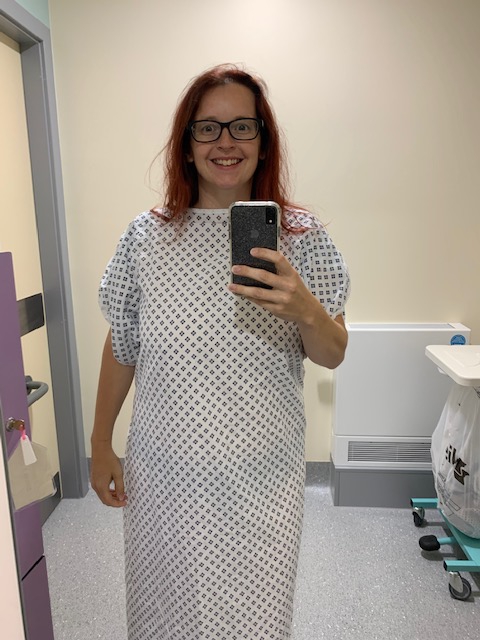 A month later, in July 2020, when Donna still felt unwell, experiencing pain after intercourse and bleeding heavily during sex, she went back to her doctor.

An internal ultrasound came back clear, and Donna was advised she could wait until the New Year, when her next smear test was due.

But, worried about her symptoms, Donna, from Lincoln, pushed for answers, and in August, she was sent for a colposcopy.

It was then she was told the investigation had found a six-centimetre tumour growing in her cervix, which had most likely been there for a year.

A biopsy revealed the devastating news that was a rare, stage 2B cervical cancer that can be missed by screening tests.

Donna said: “Because of Covid restrictions, I was told the news on my own. My head was in a spin, and I immediately thought I was going to die. 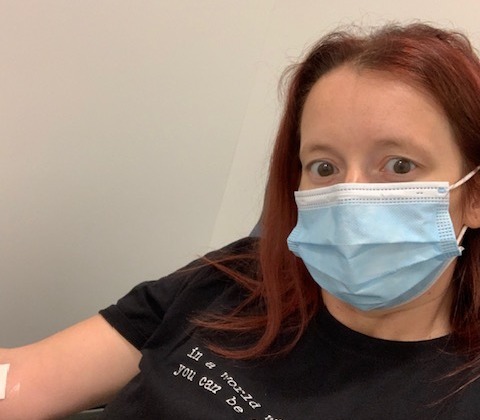 “I went home and broke down to my husband, Martin. I even called the doctor to double check I had heard right. But I had.

“I have never missed a smear and they have always been clear. I now know smears only test for HPV – human papillomavirus.

“This means 2-3 per cent of women who have clear smears think they are cancer free but they aren't – like me.

“I had clear ultrasounds and swabs too – yet a 6cm tumour was growing inside me and it remained unnoticed.

“Thankfully, I persevered and got the devastating prognosis; I would hate to think of what would've happened if I had left it.” 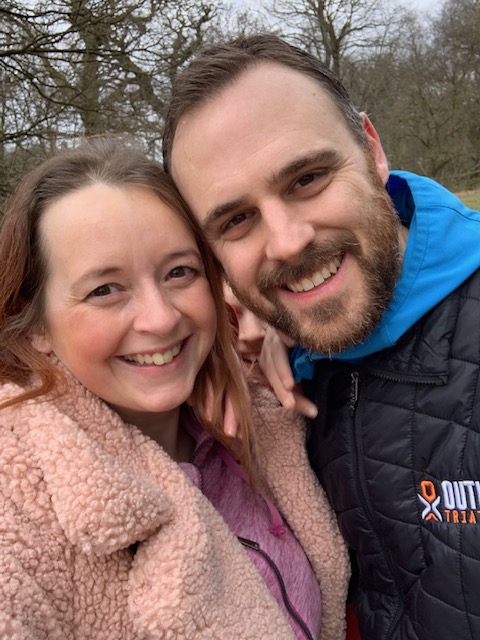 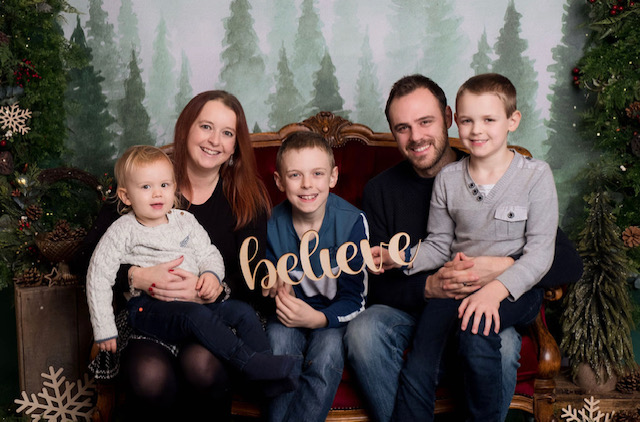 When the bleeding and pain didn’t subside, Donna was sent by her GP for an internal and external ultrasound the following month, the results for which were clear.

She said: “My GP said I could wait until my smear test in the New Year. I started to think whatever it was, was going away because the blood clots stopped for a while.

“Then I bled quite heavily twice during sex with my husband Martin.

“I messaged the doctor the next day and she referred me straight to the hospital to have a colposcopy. I wasn’t really worried at this stage due to my swabs and ultrasound being clear.

‘I had never missed a smear and they had always been clear so cervical cancer didn’t even cross my mind.”

But during Donna’s further testing in August, doctors found the egg-size tumour, for which they needed to carry out a biopsy. 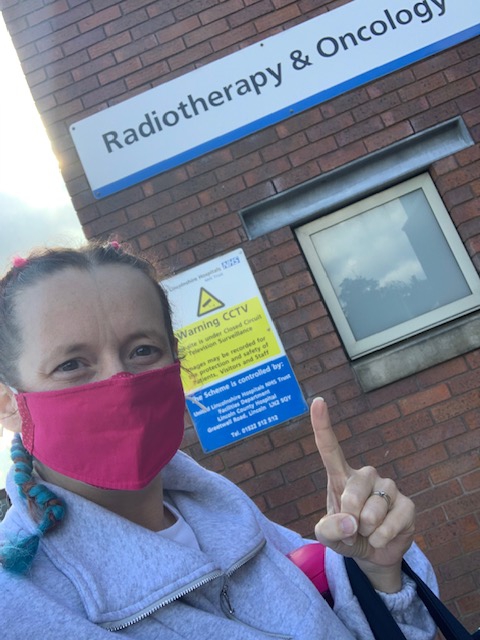 “When I got there, I was asked if I had come by myself or if I had someone waiting for me but I explained that I was alone and my husband had dropped me off,” said Donna.

“The whole room seemed awkward and I could tell something was not right but I filled the silence with random chatter about work and my children.

“Afterwards I asked the doctor if there was anything I needed to be worried about and she replied with ‘yes, you have cervical cancer’.

“My mind went blank for a few seconds, I started to cry and asked if I had long left to live – even though I was thinking I bet that’s what everyone says.”

She admitted she was ‘in denial’ and Martin, 38, who works as a biology teacher at a secondary school, started researching cervical cancer online. 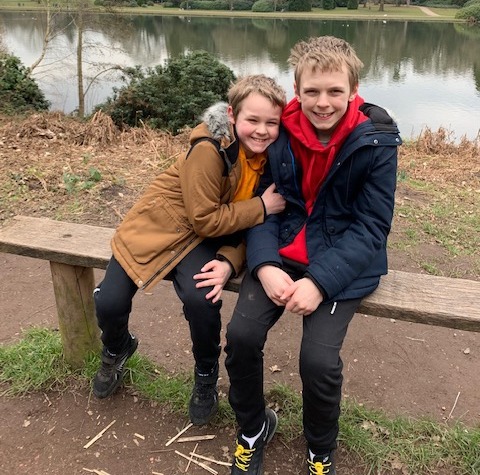 Donna said: “I went home and told my husband and just broke down, but we were all in denial. He’s a biology teacher so he was just Googling everything – that’s how he was coping.

"We were honest with our eldest two boys but I tried not to show my fear. They are my purpose and what got me through.

“The next few days were such a blur. Because my smears had always come back clear with no evidence of HPV we were confused and was hoping it was very early stages of cancer.

“We even rang the doctor again just to make sure she was sure – which her reply was she was very positive it was cancer.”

Within a week Donna had confirmation that the cancer hadn’t spread.

She had an MRI scan, blood tests and a positron emission tomography (PET) imaging scan, which confirmed she would need to have chemotherapy, radiotherapy and brachytherapy.

In September it was decided she would have a PICC line then her chemotherapy and radiotherapy started in October.

She suffered from horrific radiation cystitis so badly she could barely walk and described it like being stabbed with “shards of glass”.

THE FIVE EARLY SIGNS OF CERVICAL CANCER YOU NEED TO KNOW

1. Abnormal bleeding (during or after sex, between periods and also post-menopause)

The most common and earliest sign of cervical cancer tends to be irregular bleeding.

It happens when the cancer cells grow on the tissue below the cervix.

It's an especially alarming sign in postmenopausal women who no longer have periods. There's no age limit to developing cervical cancer.

Everyone's discharge is different, so it's a case of knowing what is normal for you.

If you find that the colour, smell and consistency has changed, then that's something you really need to have checked out.

When cancer lacks oxygen, it can cause an infection which leads to strange smelling discharge.

3. Discomfort or pain during sex

Pain during sex can be a sign of a number of different issues, but one is cervical cancer.

Because the disease often comes with no symptoms, pain during intercourse is one of the key indicators. It can be a sign that the cancer is spreading to surrounding tissues.

It could be down to you straining something in the gym, or it could be a warning sign that something's wrong with your reproductive organs.

Persistent pain – just one off twinges – in the lower back, pelvis or appendix can be a symptom of cervical cancer.

A loss of appetite and unexplained weight loss tend to be signs that the body isn't working properly – it's trying to conserve energy. If you notice that you're not eating as you normally do, go to your GP.

As the disease progresses, it can also result in: 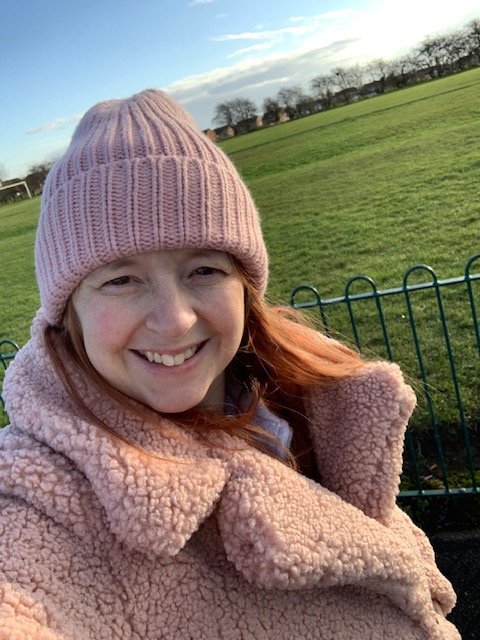 “I didn’t actually know what chemotherapy was – so when it arrived in the clear bag I started to cry,” she said.

“I rarely take any medication, even paracetamol, so this was a whole new experience for me having all the drugs and chemicals pumped into me. I also started radiotherapy on the same day.

“At the end of the first week I felt like I just could not cope – I was so low and my emotions were all over the place.

“It turned out my iron levels were considerably low so I ended up having a blood transfusion.

“I ended up getting radiation cystitis which meant for four weeks I could barely move; walking was unbearable, even laying down and sitting made me cry in pain.

“I really had to drill it in me that I had to take each day at a time and I couldn’t think too far ahead as otherwise I started to feel down that the pain would last forever.” 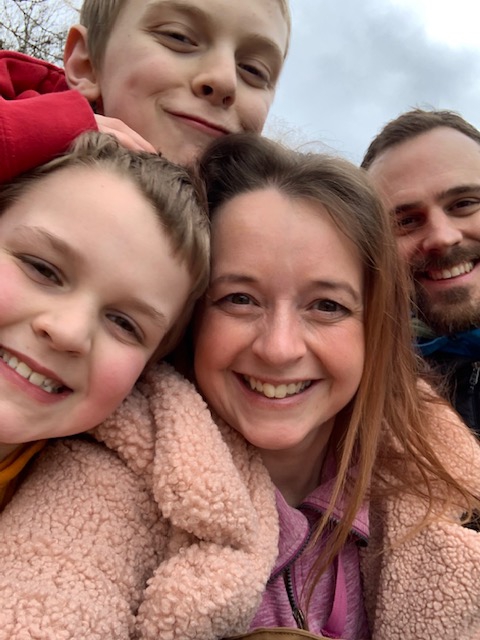 When Donna reached the end of her chemotherapy treatment, her brachytherapy – internal radiation – started.

She had epidurals and “did not feel a thing” – admitting it was probably the easiest part of her treatment.

With treatment ending in November, Donna used her time waiting for her PET results to raise awareness about cervical cancer on her Instagram account.

She shared her positive news that she is ‘cancer free’ on March 1, 2021 and she is now campaigning to raise awareness of non-HPV cervical cancer.

She said: “The biggest part to take from my story is that my smears were clear. Smears only check for HPV now, which means mine would have been clear even with a 6cm tumour. 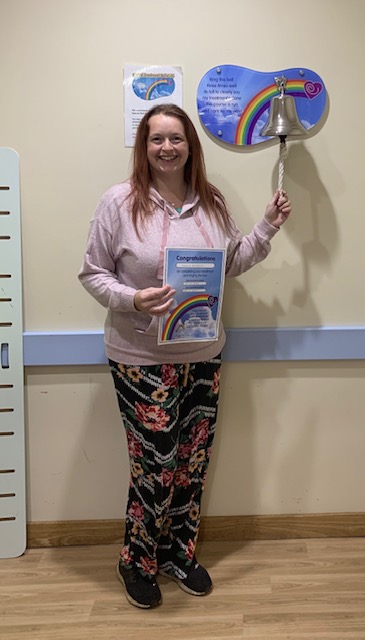 “If I hadn't carried on going back to the doctors and just waited things would have been a lot different.

“Clear smears do not mean you are clear of cervical cancer. Smears and these new at-home HPV kits only test for HPV.

“I’m still struggling now with the concept of getting over the fact that the smear didn't work for me. My cervical cancer was never picked up on any smear and that’s just scary.

“I would urge women not to wait, take notice of your symptoms, and get checked out.”