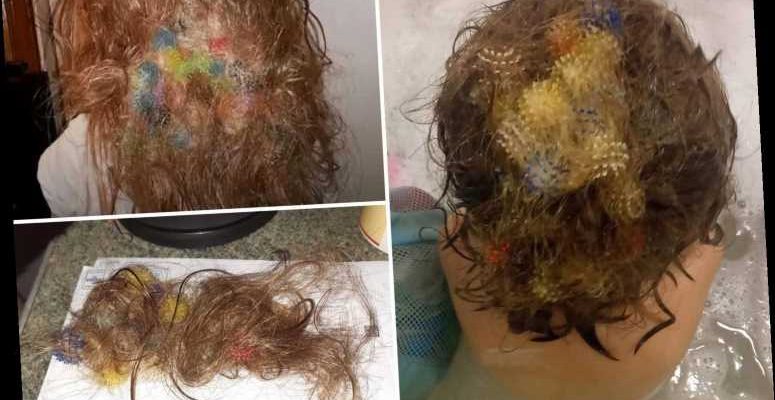 A WOMAN was forced to cut out chunks of her daughter's hair after dozens of sticky Bunchamals got tangled in her long locks.

Elisha Squidge tried everything to remove the multicoloured toy balls, with no luck, so her friend took to Facebook to ask for help. 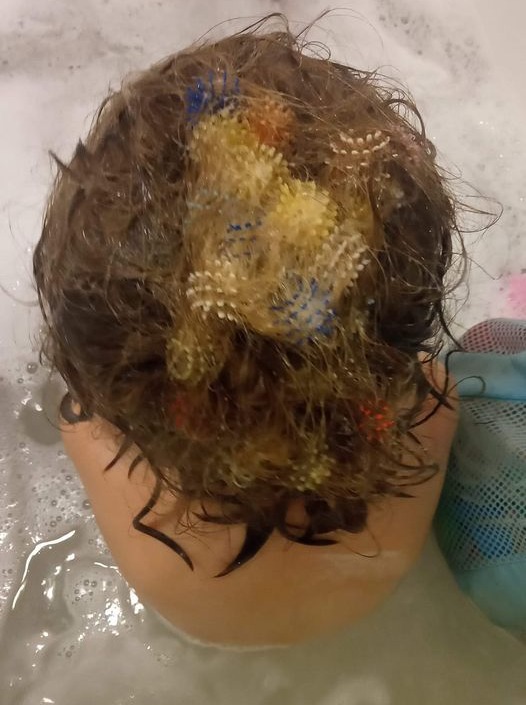 Posting on behalf on Elisha, a woman named Jasmine pleaded with Facebook users after they tried oil, conditioner and even peanut butter to remove the plastic toys from her hair.

Jasmine posted an snap of the little girl sitting in the bathtub with her golden locks in a matted mess – and parents say they "should be banned".

The post racked up thousands of comments from sympathetic mums, with many sharing their own bunchamals (bunchems) disaster stories.

Suggestions came flooding in with oils such as olive, argan and coconut, proving to be most successful,while a handful of others said melted butter and fabric softener can help to soften the hair. 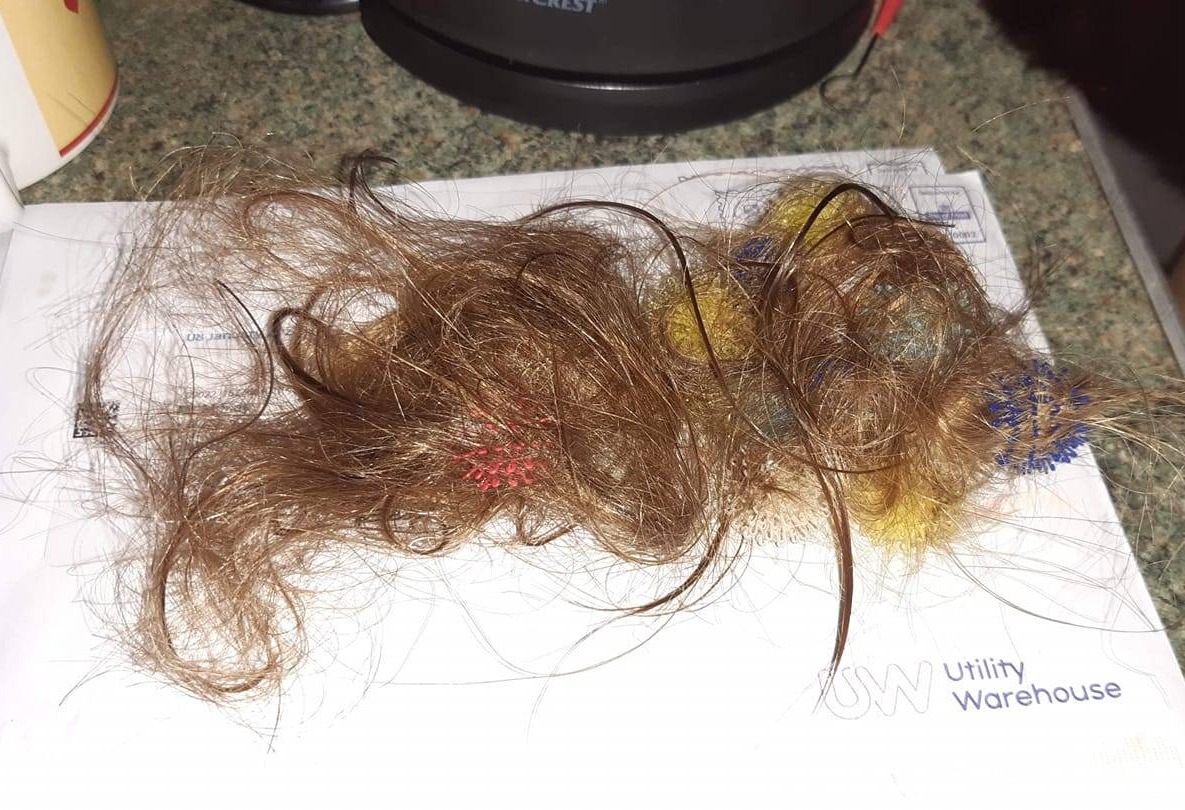 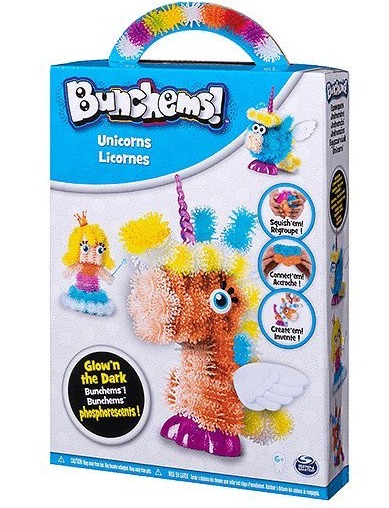 Unfortunately, many parents admitted to cutting their daughter's hair when they experienced a similar problem, as the troublesome balls failed to budge.

Despite trying to avoid chopping her little girl's hair, Elisha was left with no choice and ended up cutting them out the toys.

Posting in the comments, one woman wrote: "These are work of the devil" 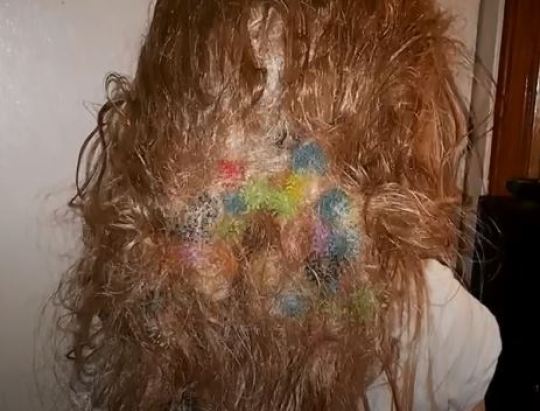 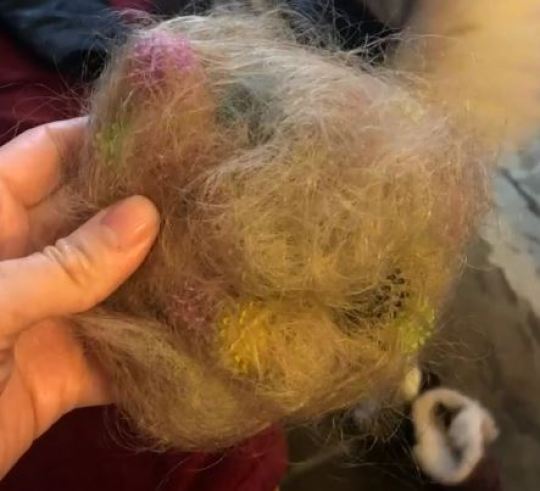 Meanwhile, one mum even dubbed them "Awful things" and said they "should be banned."

Admitting it happened to her, one mum said: "My daughter lost half a head of hair to these evil toys, four years later her hair still isn’t the same. Poor girl."

"This happened to my step daughter i sat for a good few hours gently teasing them out with a tail combe bloody nightmare," shared another.

Sharing her experience, one mum wrote: "It took us 6 hours to remove from my daughter’s long curly hair. It was horrendous. Don’t use water. Oil helps. Starting from bottom helps. You may need to cut some of them out too."

For those who manged to remove them, it didn't come easy.

Many said "a lot of patience" was required as dozens admitted it took hours to remove them all one by one.

Another woman, who appears to be from the US,shared her own hair disaster on Facebook saying "150 of these things" got stuck in her daughter's hair.

She admitted it took "about 3 hours to get out 15", so decided she needed to try something else.

She picked up some mineral oil and "a good detangle comb" and eventually, after a long 20 hours, managed to free them from her daughter's hair.

Calling the experience "traumatic", the mum suggested other parents throw them away to avoid the same thing happening – and many parents agreed. 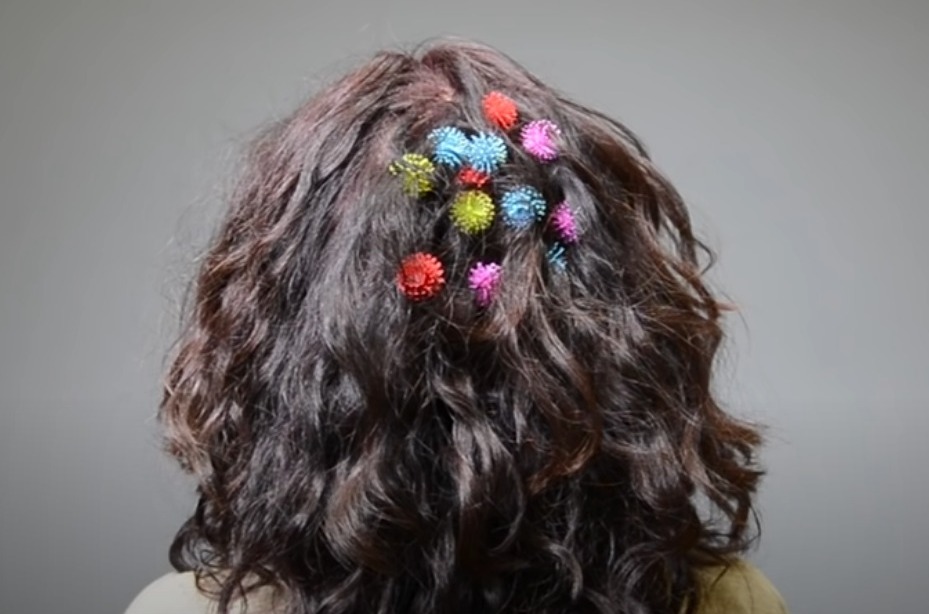 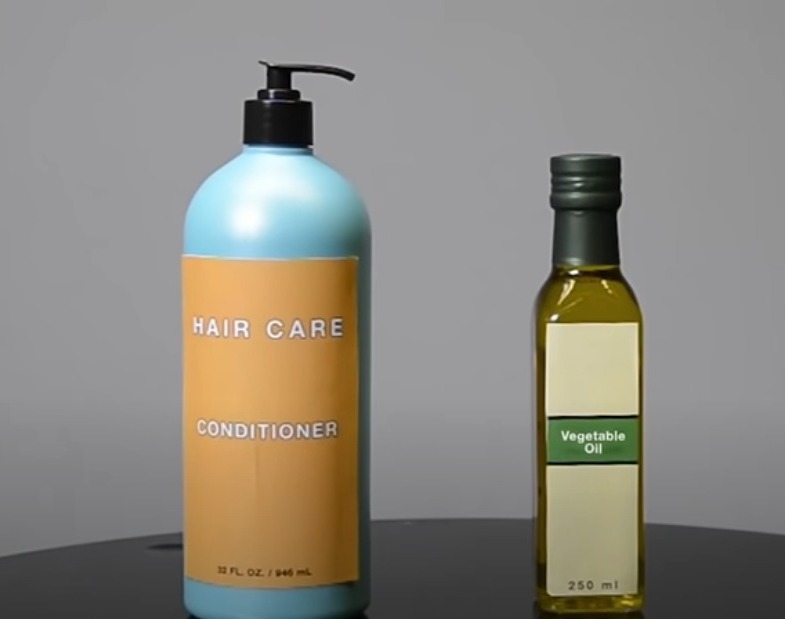 For mum Jasmine, whose five-year-old daughter Scarlett, endured three days of misery, it took "six hands and over 12 hours" to remove the plastic toys with several coconut and vegetable oil rubs.

Luckily, she didn't have to cut her daughter's hair, however, she has been left with a "thinned" scalp since removing them.

Bunchems, or Bunchamals, are little plastic toys which kids can connect together to make different shapes.

The brand's packaging warns users to keep them away from hair, but it seems that's easier said then done. 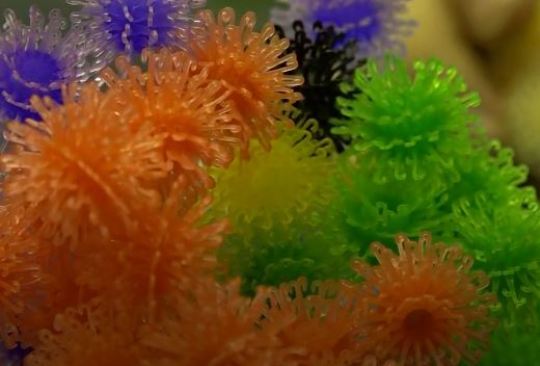 The toy’s maker released a video explaining how to get them out of hair shortly after they were launched in 2013.

In the clip, they suggest using oil and conditioner, as many mums said they've tried.

The oil is supposed to soften the hair, making it easier to detach it from the spikey toys.

But, as some parents have experienced, thatdoesn't always seem to work.

Meanwhile grim footage will make you think twice about using face wipes to get rid of your foundation.

And we revealed covid stress is causing women scalp issues such as dandruff and hair loss – 7 ways help.