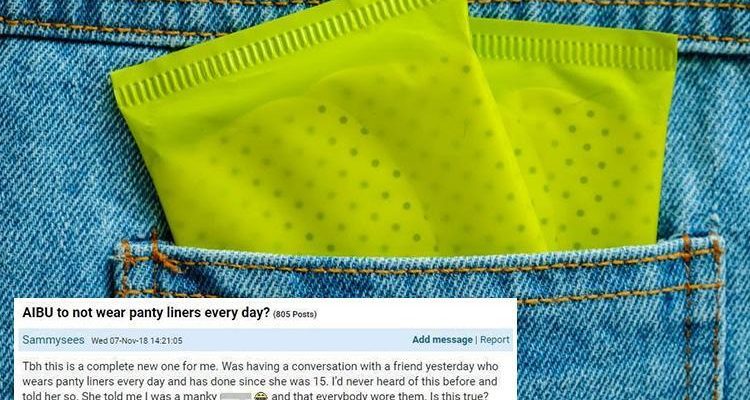 The topic has women on either side of the argument, with one saying the friend must be “scared of her vagina” for wearing them daily. 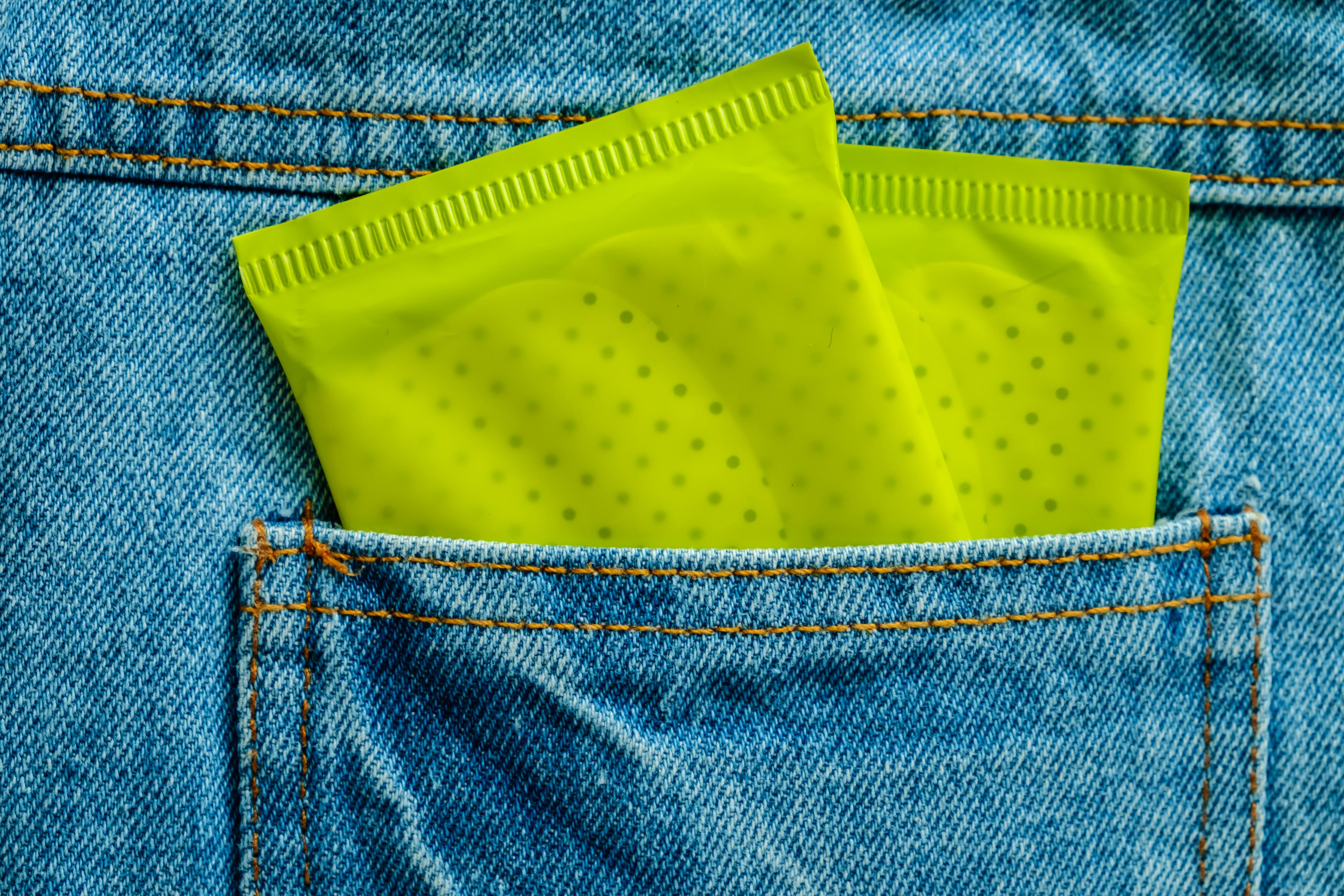 Taking to Mumsnet, the woman shared: “Was having a conversation with a friend yesterday who wears panty liners every day and has done since she was 15.

“I’d never heard of this before and told her so. She told me I was a manky minge and that everybody wore them. Is this true? Thoughts please .”

Some people said that they were shocked people wear panty liners every day.

One person wrote: “Waste of money, bad for the environment. Why would you?”

Another added: “God, I can’t imagine being so scared of my vagina I’d need to wear panty liners every day.”

And one said: “No – I just wash my underwear after I've worn it, like a … normal person.”

But some said that the practice is totally normal.

One wrote: “I always do I must admit. I don't feel properly dressed otherwise!”

Another commented: “I wear them but don't expect everyone else to do the same. I don't feel fresh without them.”

And one said it depends on the time of the month, and wrote: “I only wear them if I'm right at the end of my period and it doesn't warrant using a tampon.” 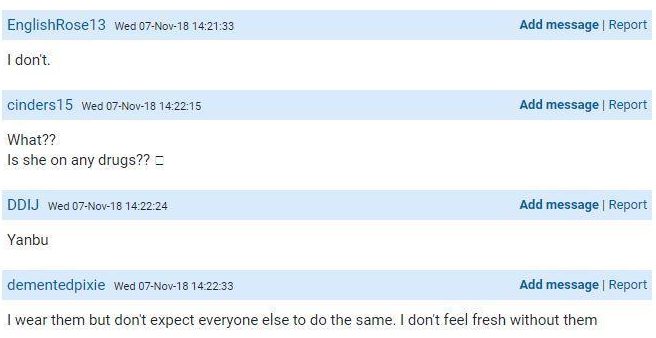 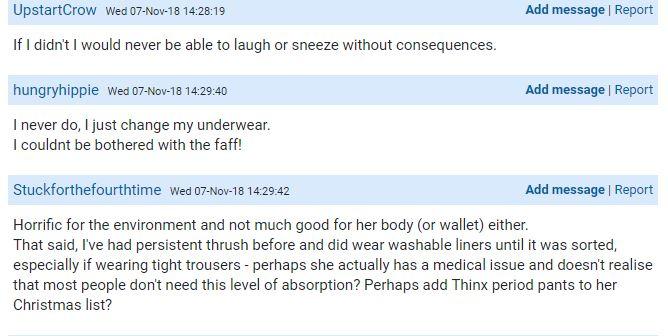 And one woman said forum members should be respectful of other people’s choices, and said: “Some women need them every day. Others don't.

According to feminine hygiene company Always, panty liners are “a little secret weapon for feeling fresh and confident every day.”

The Always website clarifies that they can be worn daily.

It says: “While great for day-to-day use, panty liners can also be used during your period.”

This Morning’s Dr Ranj reveals he’s stuffed panty liners in his armpits to stop him sweating through his shirt.

And a Tesco online shopper found out scented pantyliners are out of stock…but gets offered the weirdest substitute product instead.

A weird ‘popping’ noise and ‘losing it’ inside me… here’s what happened when I tried using a Mooncup for a week.