Samantha Gordon, 27, had always struggled with portion size but it was only when she saw a mortifying picture of herself on holiday with her fiancé that she realised that things had to change. 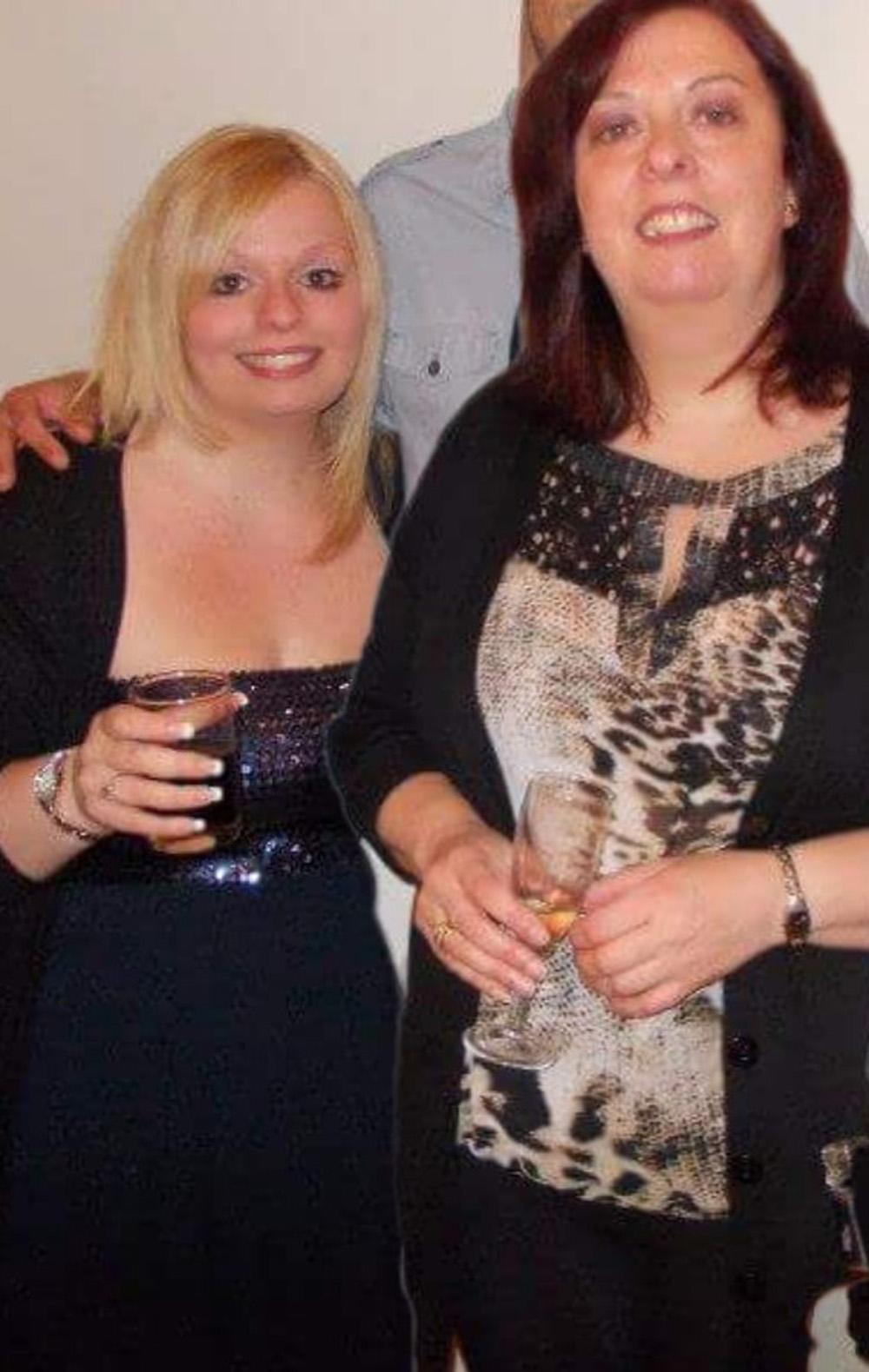 At 14st 4lbs, Samantha signed up to WW straight away.

Her mum Adele was so inspired at seeing her daughter's flab melting away, that she decided to join her on her quest to get fit.

Between them, the dynamic duo has shed almost 10st.

Bride-to-be Samanta is now a size eight while mum Adele, who weighed 15st 5lbs at her heaviest, is now a 10/12. 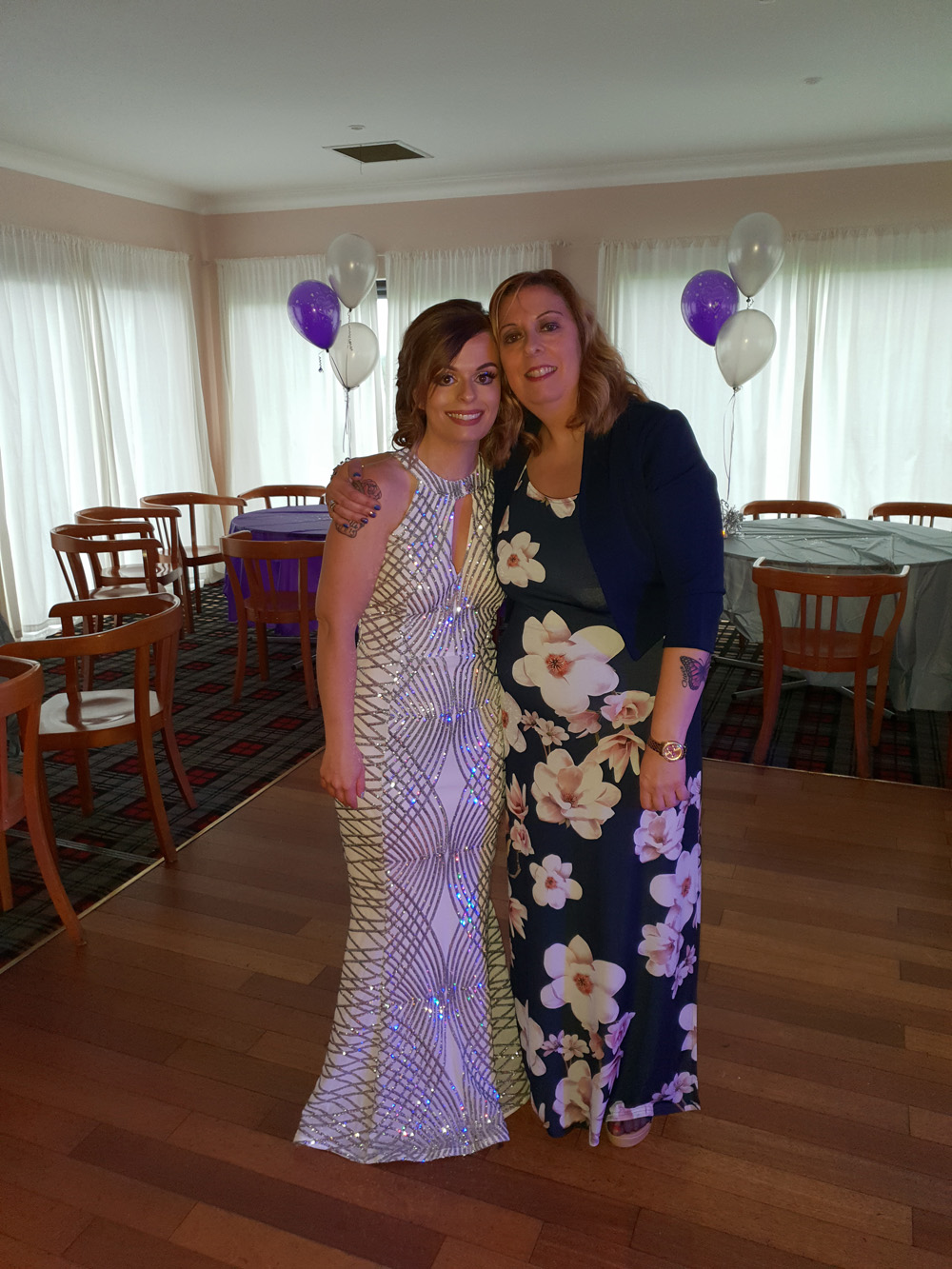 “I was getting to my goal weight before mum joined WW, but I remembered how it felt to have your confidence at rock bottom," said mum-of-two Samantha.

“Nobody wants that for their mum, but I knew she would only be able to change when she felt ready. Now I’m so incredibly proud of her.”

The pair had been overweight for as long as they could remember, with Adele saying that pregnancy had accelerated her weight gain.

She said: “I was eating for two for nine months, then out popped Samantha, this tiny baby, and I was left with all the weight.” 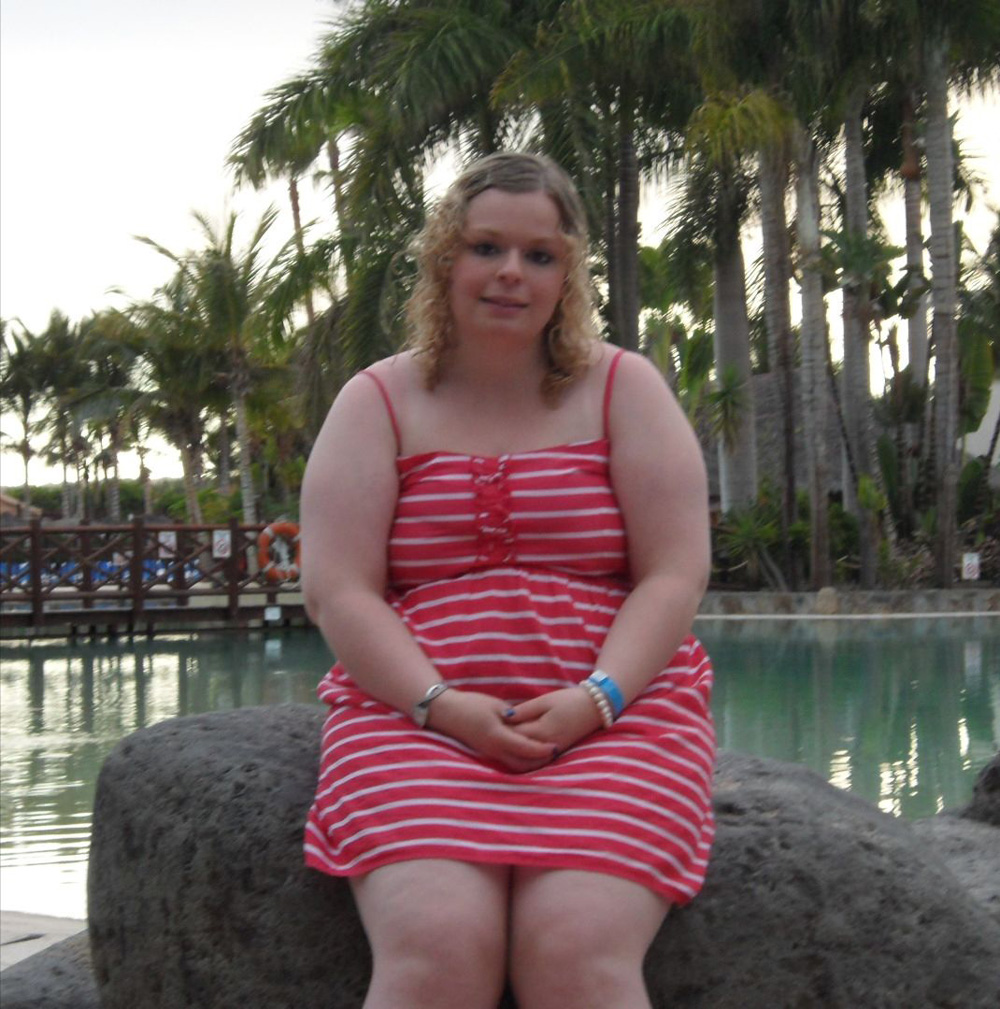 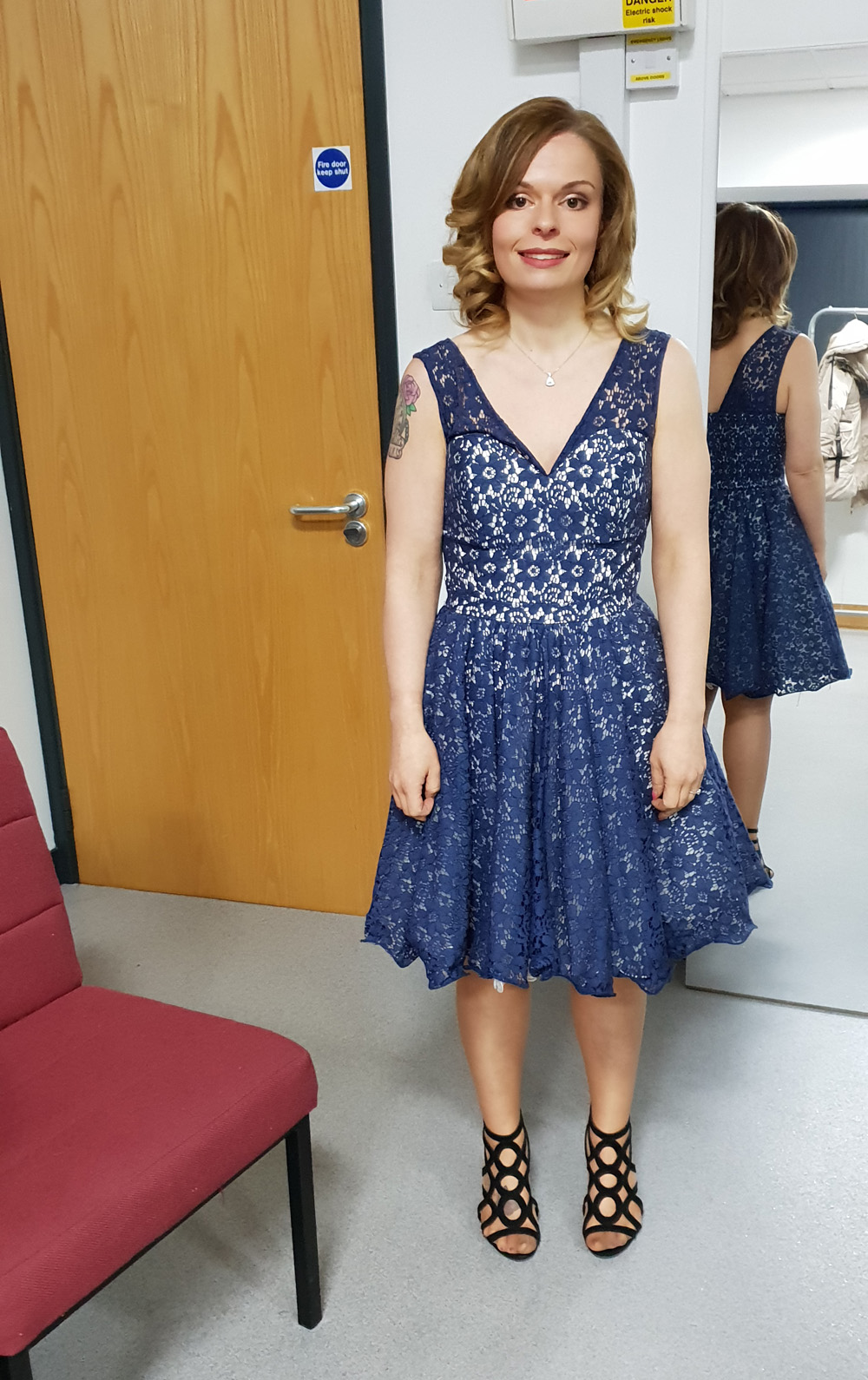 Adele had lost 4st at a local slimming group, but working hectic 13-hour days meant that it eventually piled back on.

She explained: “When I first lost the weight, everyone was telling me how great I looked. I kept it off for a while – but not for good.

“Over the last decade, it has crept back up. Working long, hectic days meant reaching for quick-fix convenience food and snacks.

“Then, you get into a catch 22 of being unhappy about your size then comfort eating to cope with it.”

At her heaviest, Adele would have crisps for breakfast and takeaway lunches and dinners. 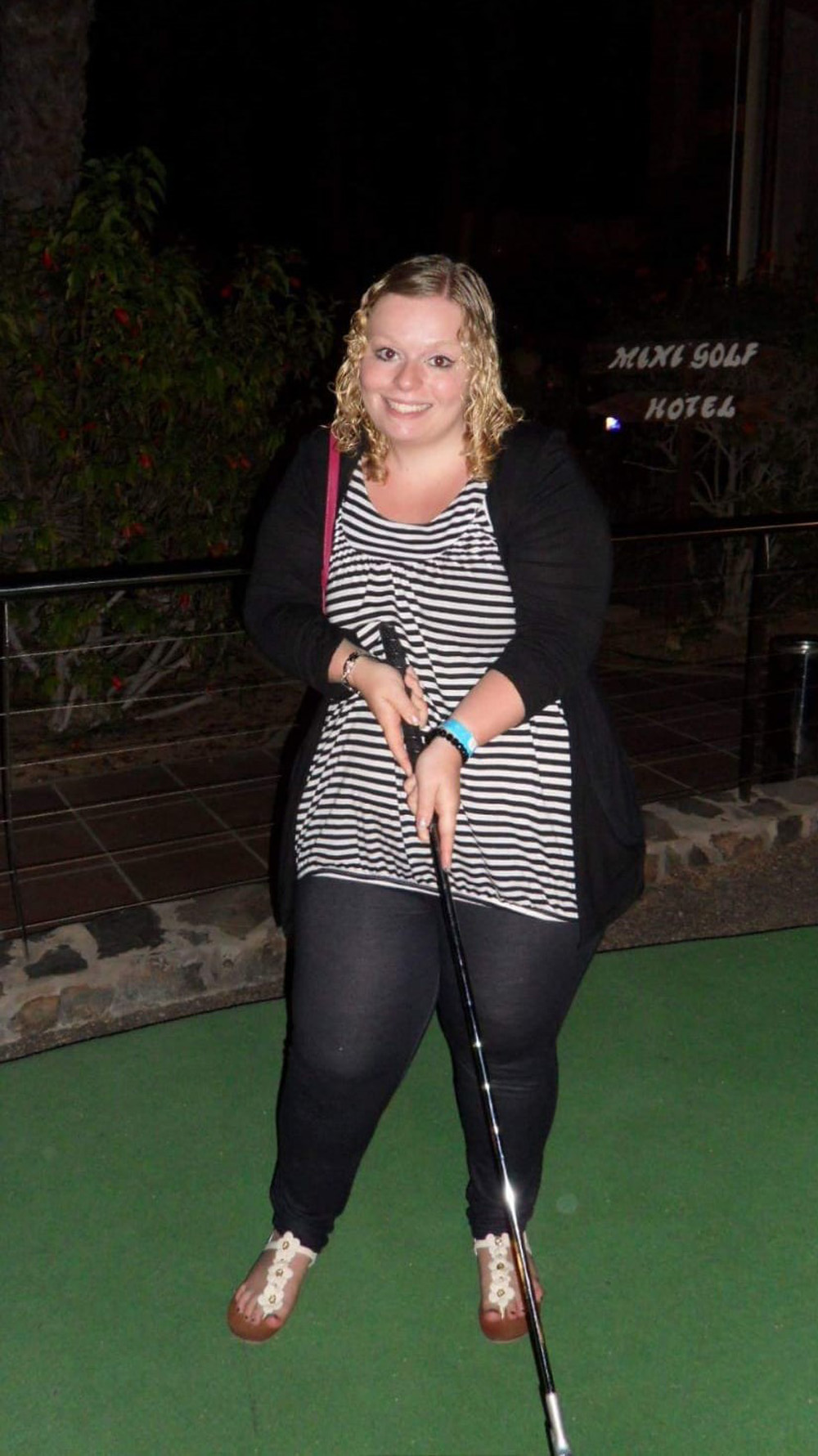 She said that she had no idea how many calories she was consuming a day.

"I knew what I was doing to myself but I pushed it to the back of my mind and just kept shovelling food in."

Meanwhile, Samantha had piled on the pounds thanks to her massive meal portions.

She explained: “I wasn’t so much one for snacking, but my main meals were big portions of all the wrong things. I’d eat chicken nuggets, fish and chips, silly amounts of pasta – just things you could bung in the oven easily.

“I also avoided exercise as I was so self-conscious. My self-esteem was massively impacted. But, one day in 2011, I got back from a holiday and was looking through photos and couldn’t believe how big I’d got.” 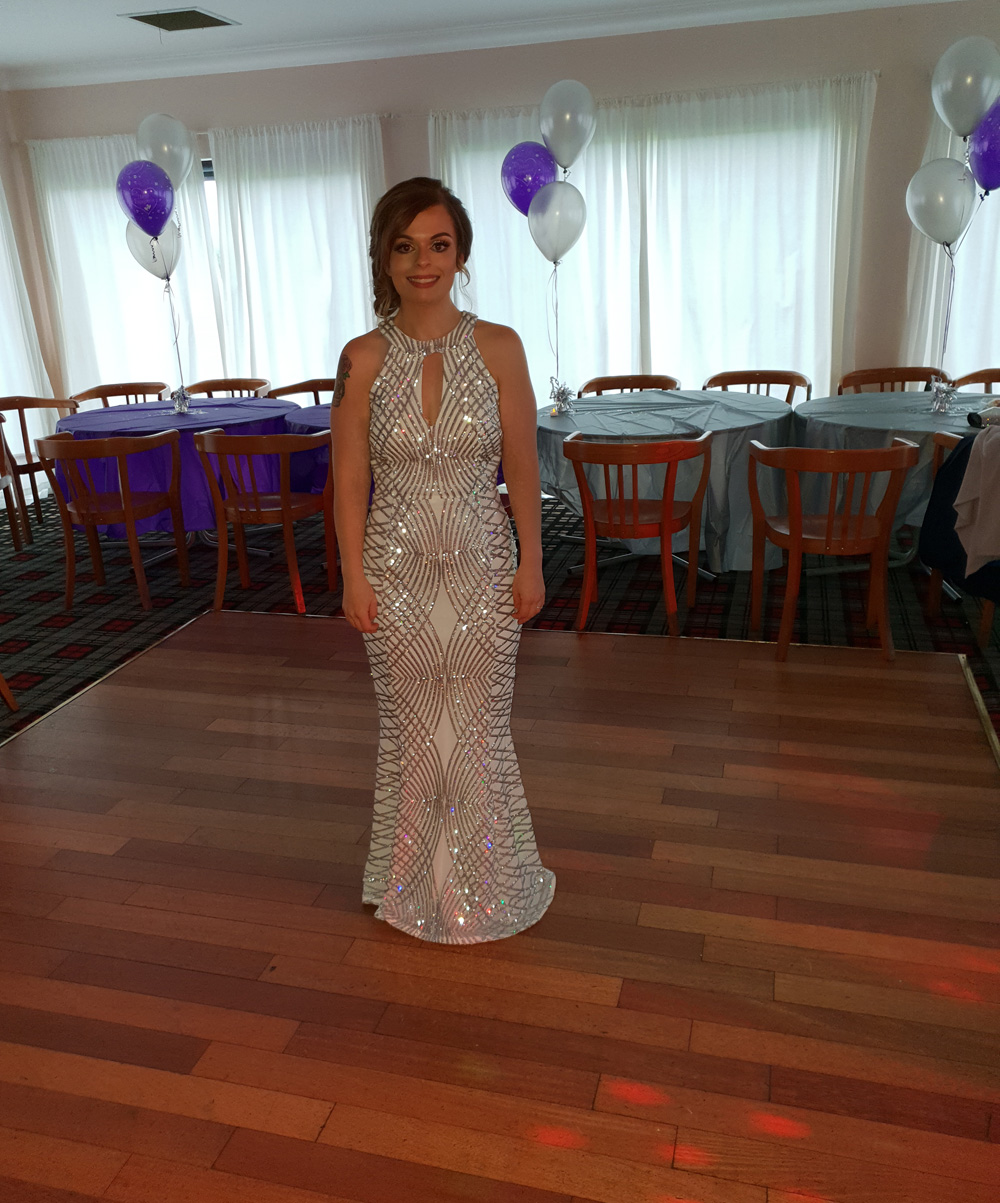 She added: “For so long, I hadn’t realised what I was putting in my body – and if I hadn’t seen that photo, I wouldn’t be where I am today.”

Just days after seeing the picture from her holiday in Gran Canaria, however, Samantha joined WW and headed to her local meeting.

Samantha said: “One thing I learnt was to stop listening to those critical voices in my head. It is hard when you have a week where you’ve been really healthy and haven’t lost anything.

“I fell off the wagon for a good two months and dreaded going back to get weighed, but then I realised I had to face the music, no matter what.” 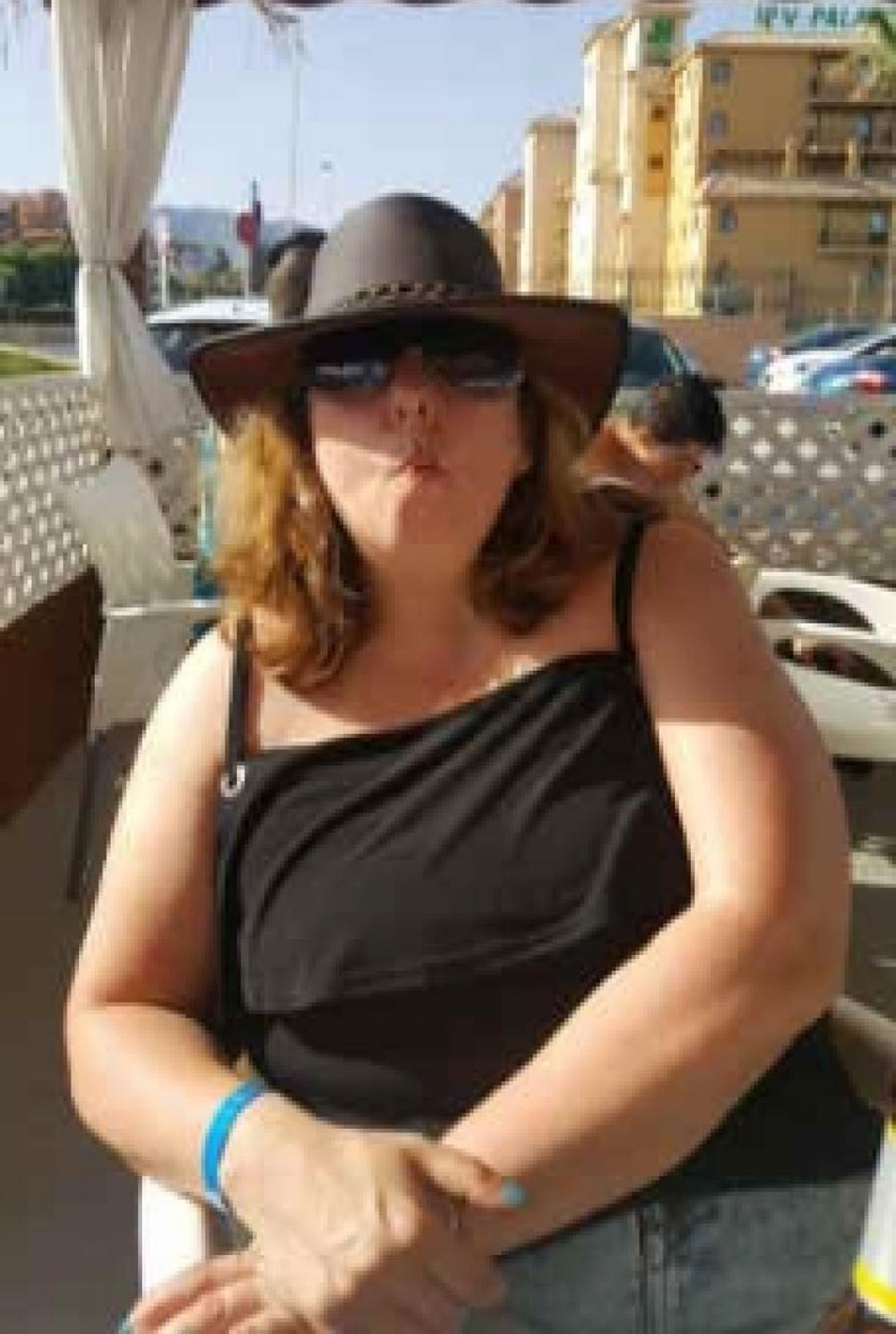 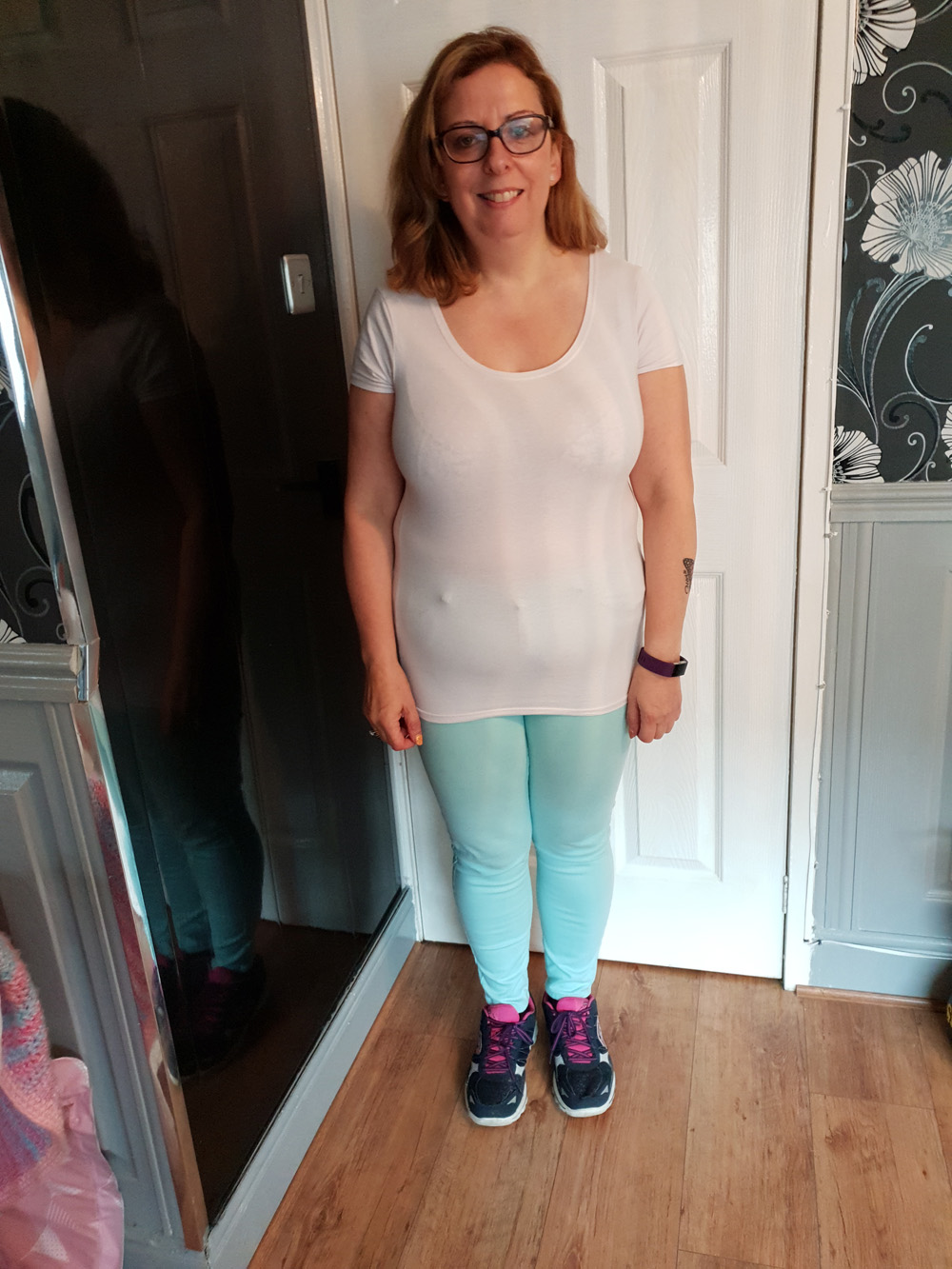 Since then, Samantha has stayed on track – only taking a break during her pregnancies.

Her second pregnancy turned out to be the push Adele needed to join her daughter on the road to better health.

She was already finding it hard keeping up with her first grandchild, and when she found out that Samantha was expecting again, Adele feared that she'd struggle to find the energy to be an active grandma of two.

She said: “Samantha had been very good with me in the past, showing me the WW app – which I now know is wonderful.

"She showed me how you can use it to scan foods in the supermarket, to see how many points they’re worth, and encouraged me to use it myself. 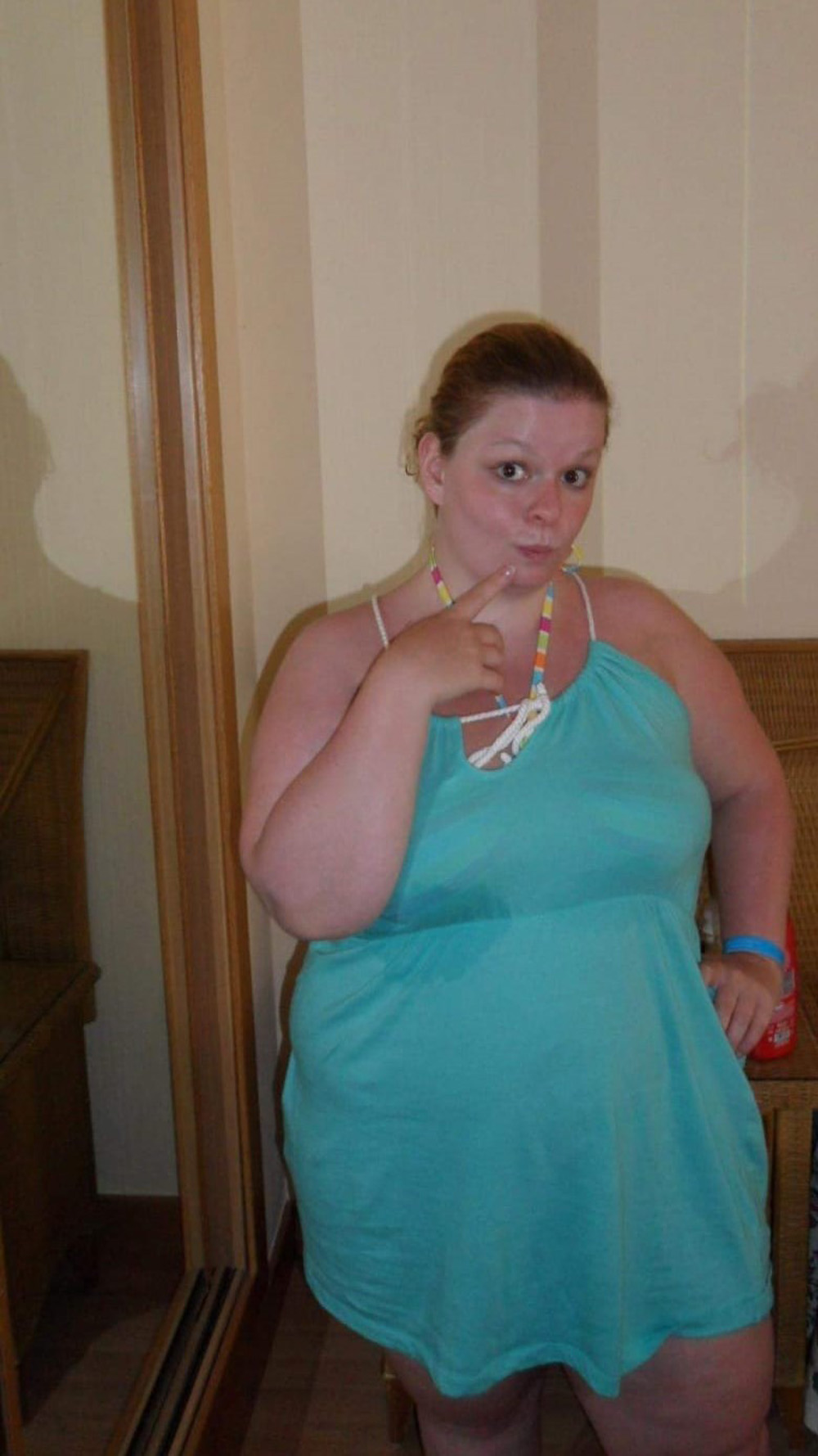 “But the thing with this is you have to be ready to be 100 per cent committed and need to do it at a time that’s right for you. That time, for me, was with Samantha’s second pregnancy.

“I already had one grandchild I struggled to keep up with. Hearing there was a second on the way was the kick up the backside I needed. Plus, it was a real inspiration seeing Samantha on the other side of her journey.

"Not only did she look amazing but she seemed so much happier too.”

The pair have now ditched the calorie-laden junk food in favour of more nutritious whole foods.

Adele goes for a 30-minute run every day on her lunch break. 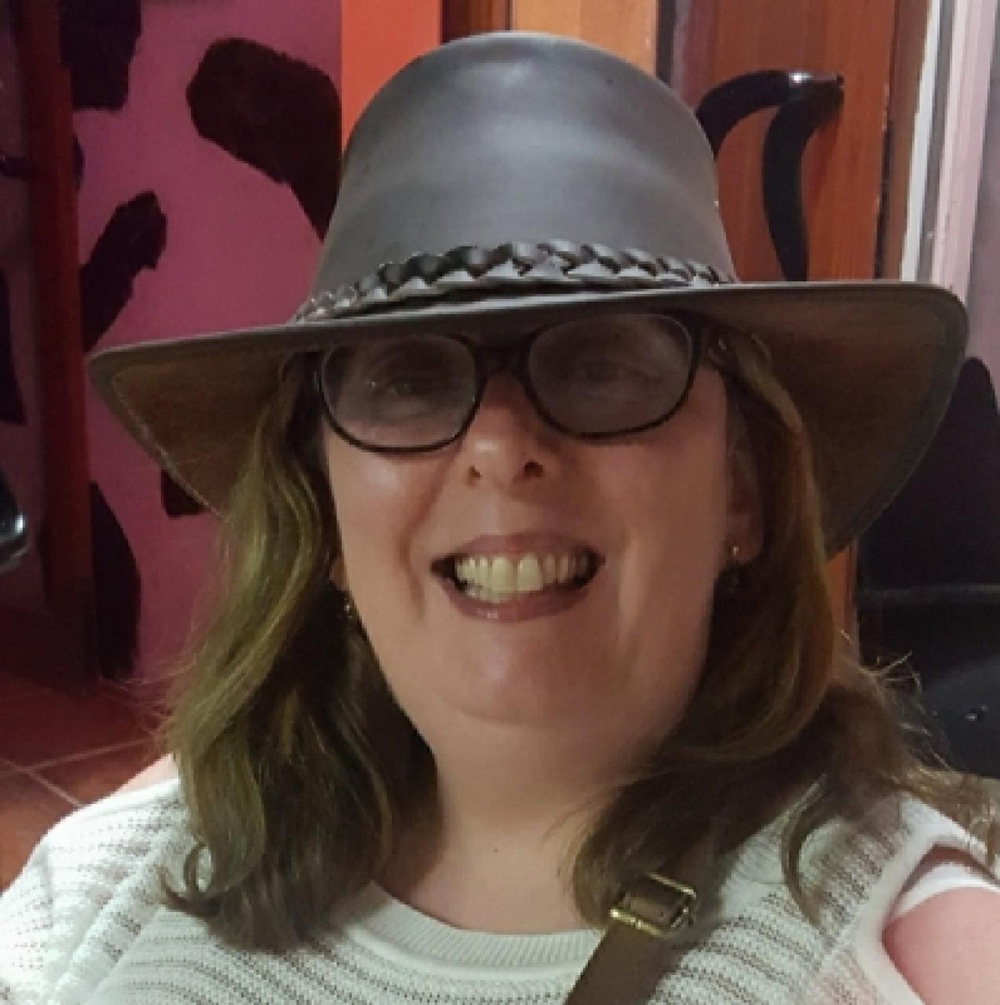 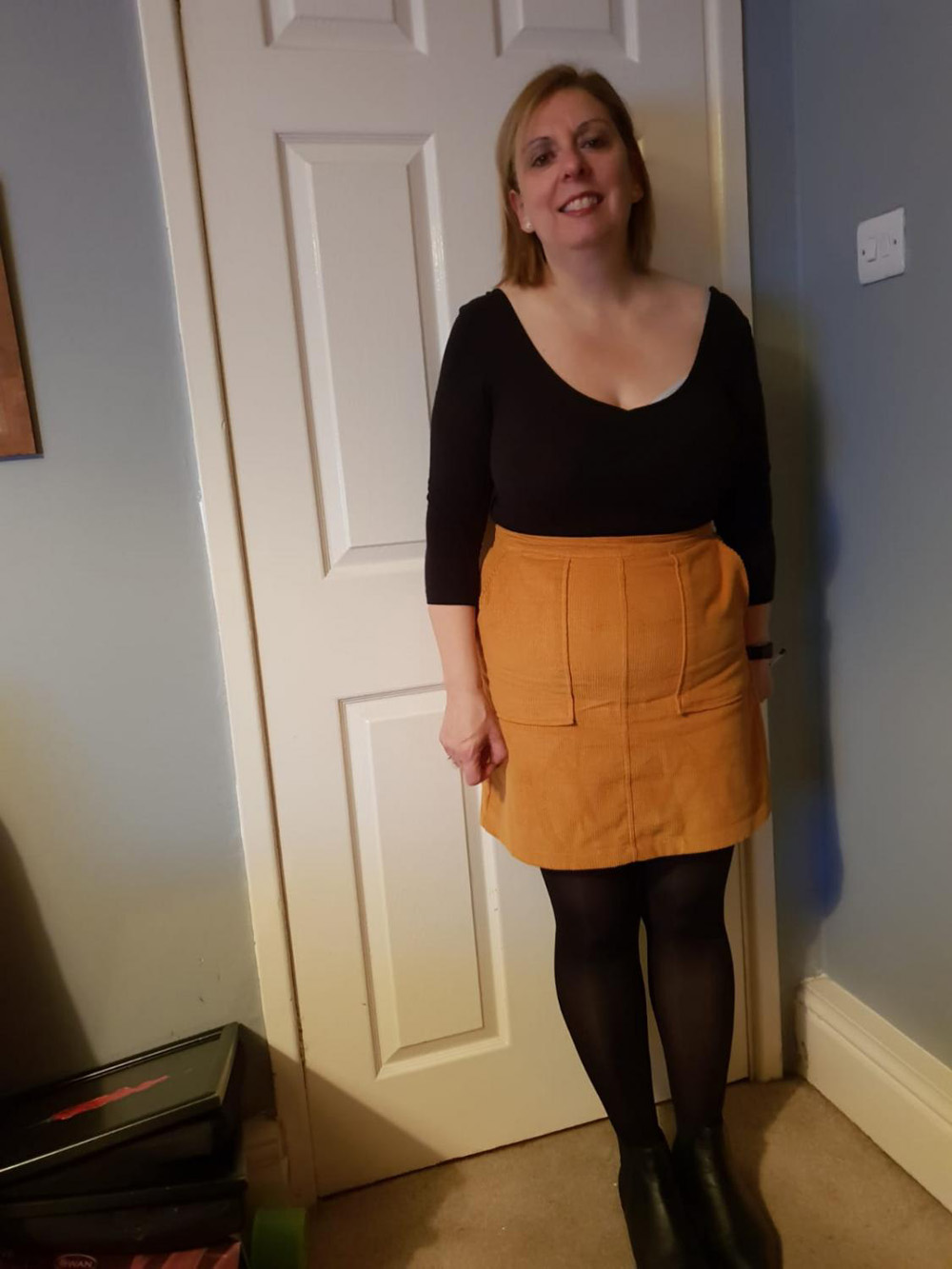 Instead of her daily breakfast of toastie and crisps, she now has fresh fruit and yoghurt or a mushroom omelet.

And ditching her daily takeaway lunch, she now makes herself a salmon salad.

Samantha has managed to get into her dream size 8 wedding dress in time for her wedding next year.

“I was so lucky to find my dream dress, and being a size eight is keeping me focused too," she said.

“I’m so pleased that Mum and I have got to do this together, and that my healthy habits will now rub off on my own daughters.”

Adele's self confidence has soared since shedding the weight.

“I’m a completely different person now, confidence-wise. Before, I was always hiding away or trying to cover up – but now, I can go on the beach in a swimsuit, or pose for a photo without thinking twice.

“I really want to thank my coach Christine Fleming. Samantha has been such an inspiration, I can’t thank her enough for being there for me.”