Chris Fantetti, 26, has a rare disease which causes his muscle to jerk – and looks like insects are under the surface of his skin. 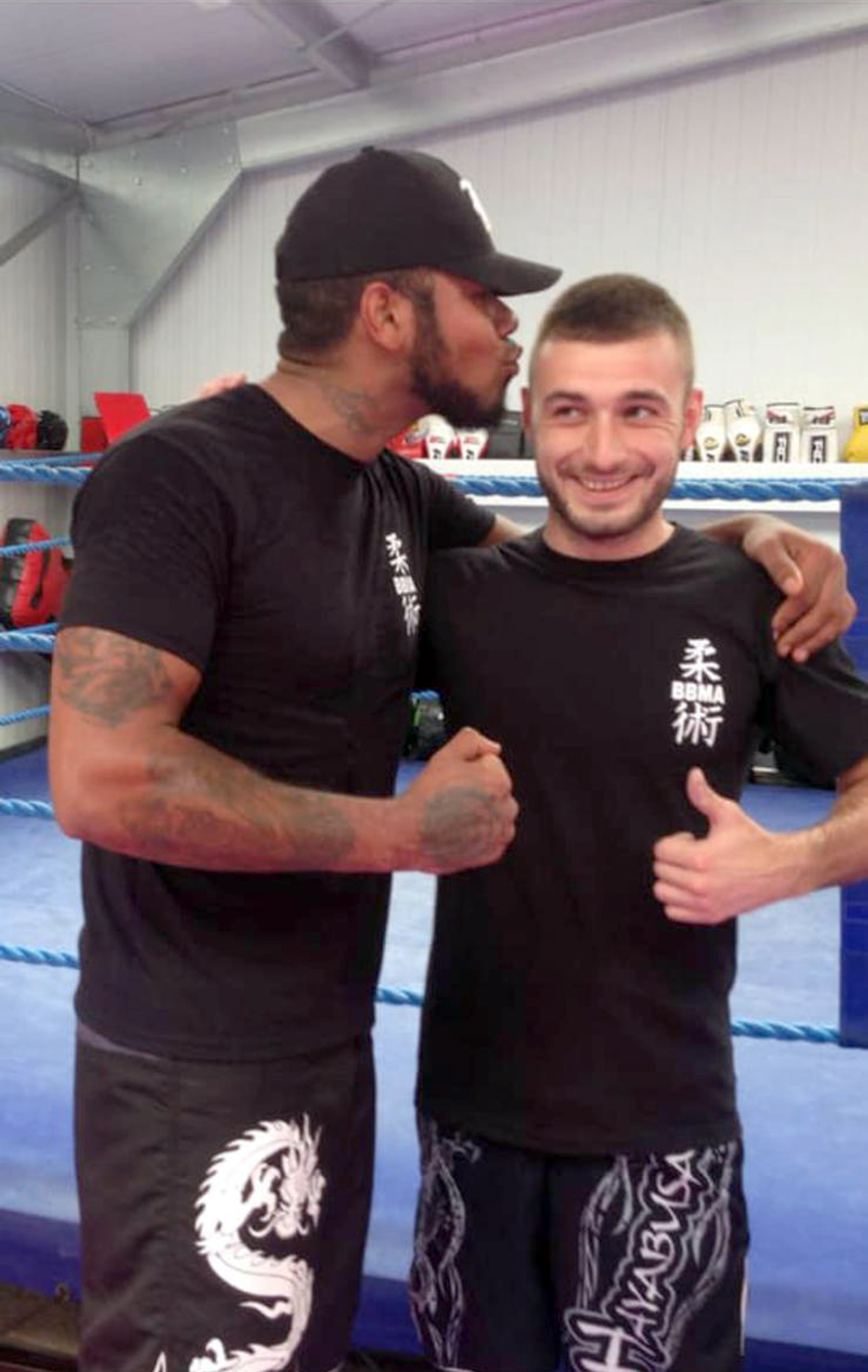 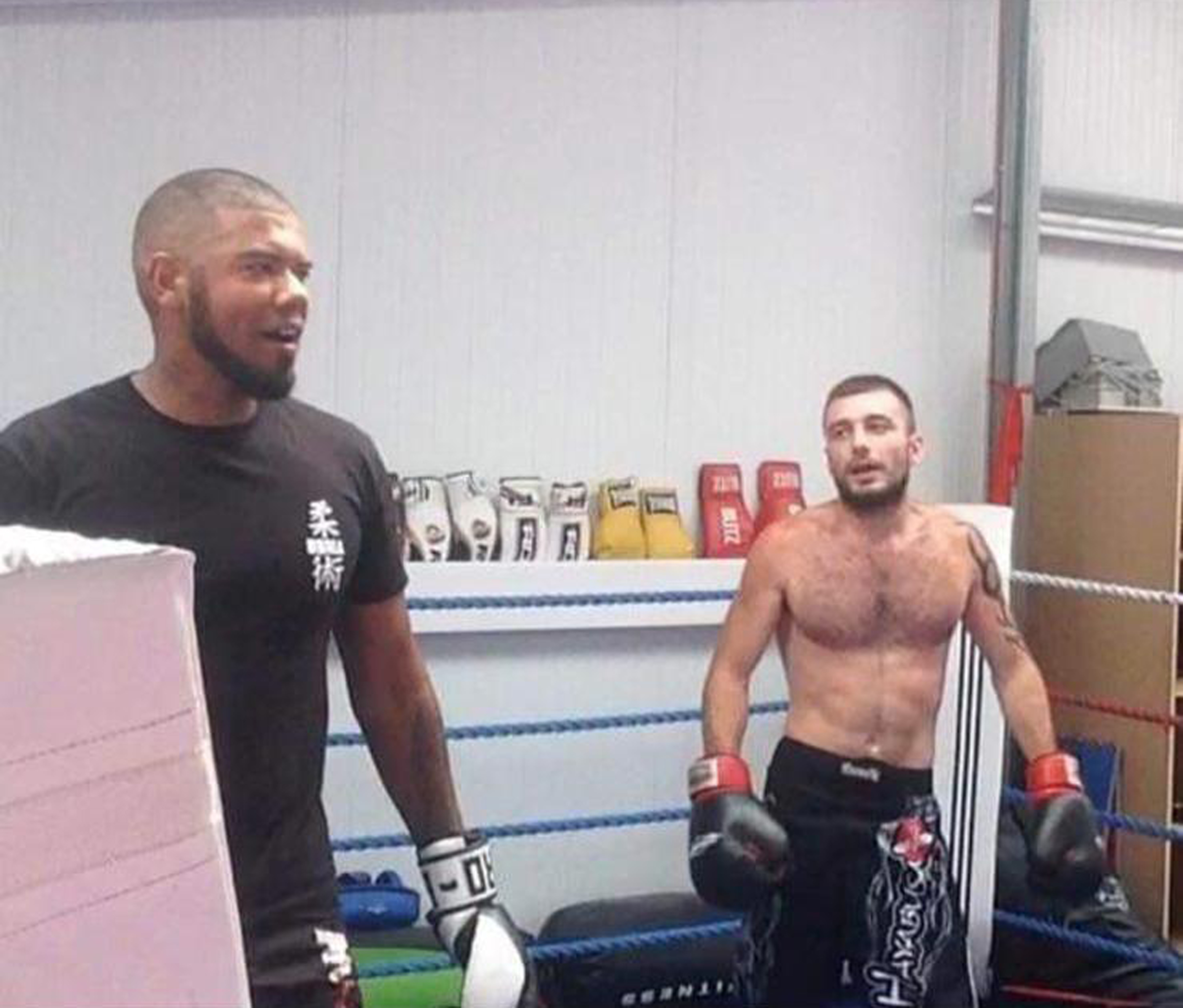 "Here I am, living out my worst nightmare, one day waking in what I can only describe as a 90-year-old's body," he explained.

Chris was diagnosed with a neurological condition called chiari malformation, as well as filum disease and neuro-cranio-vertebral syndrome in January.

Prior to getting a formal diagnosis, however, the former railway worker says that he spent five months in total agony – visiting his GP at least 20 times and going to hospital on at least ten occasions.

He was even told that his illness was "just in his head". 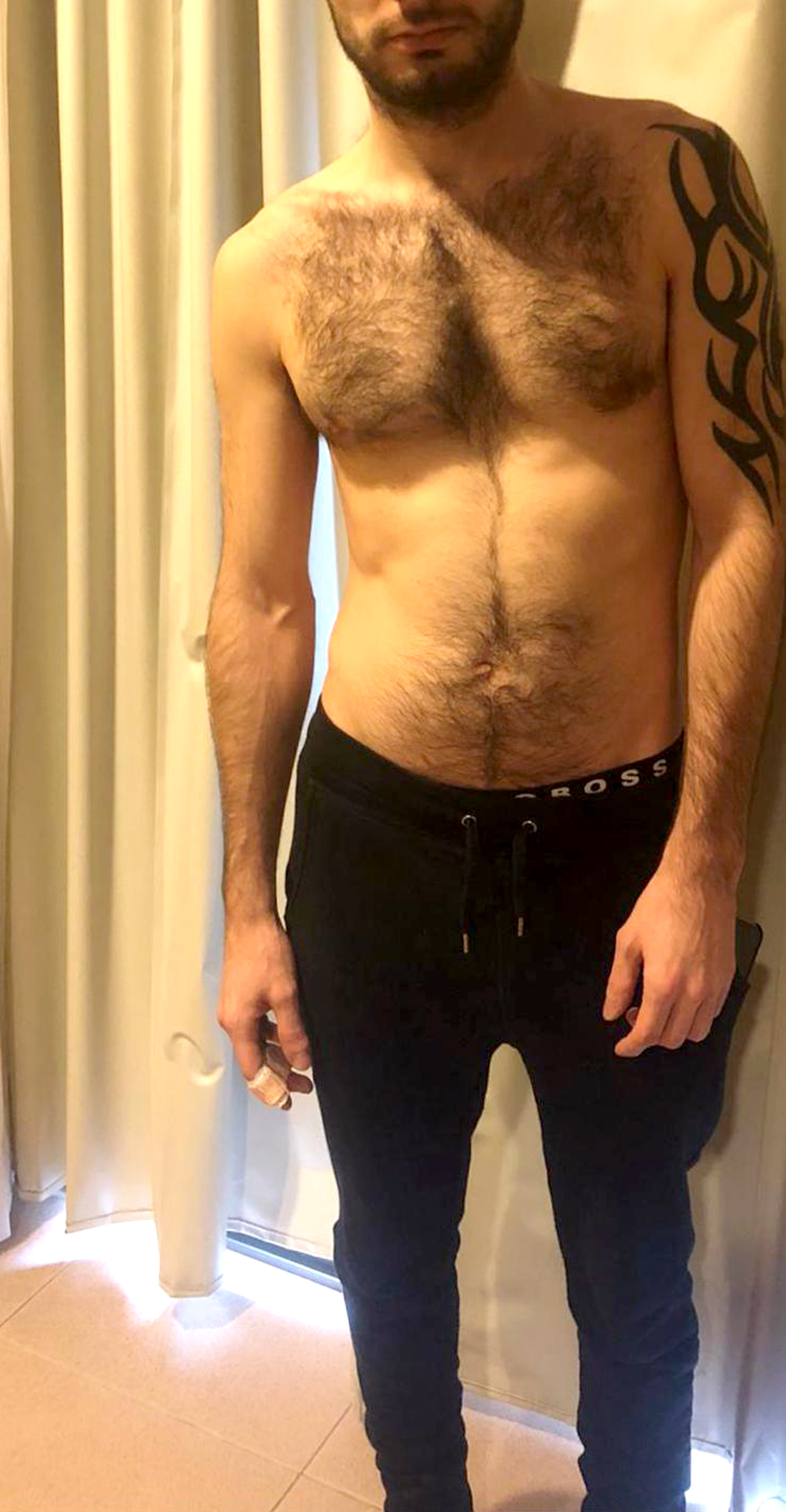 At his lowest point, Chris even thought about taking his own life because he couldn't see past his chronic pain.

"With nobody believing me and not being able to move or live even a half-normal existence, I really needed help," he said.

Chris first began to experience back pain in July last year but believes that his first symptoms may have been ongoing since January 2018.

At the same time, he also started suffering from terrifying muscle spasms, which the doctor found where being caused by abnormalities in the brain that impair balance and muscle control.

Despite more than 20 visits to his GP surgery, Woodlands Family Practice, he was diagnosed with asthma and told the condition was psychological.

Chris even made at least fifteen visits to A&E at Medway Maritime Hospital in Gillingham after experiencing chronic pain but claims he was told he had anxiety.

The 26-year-old was eventually diagnosed after six months when he visited a private doctor in Barcelona.

"The medical 'professionals' even had my own family and friends thinking that I was exaggerating and that hurt me mentally bad! 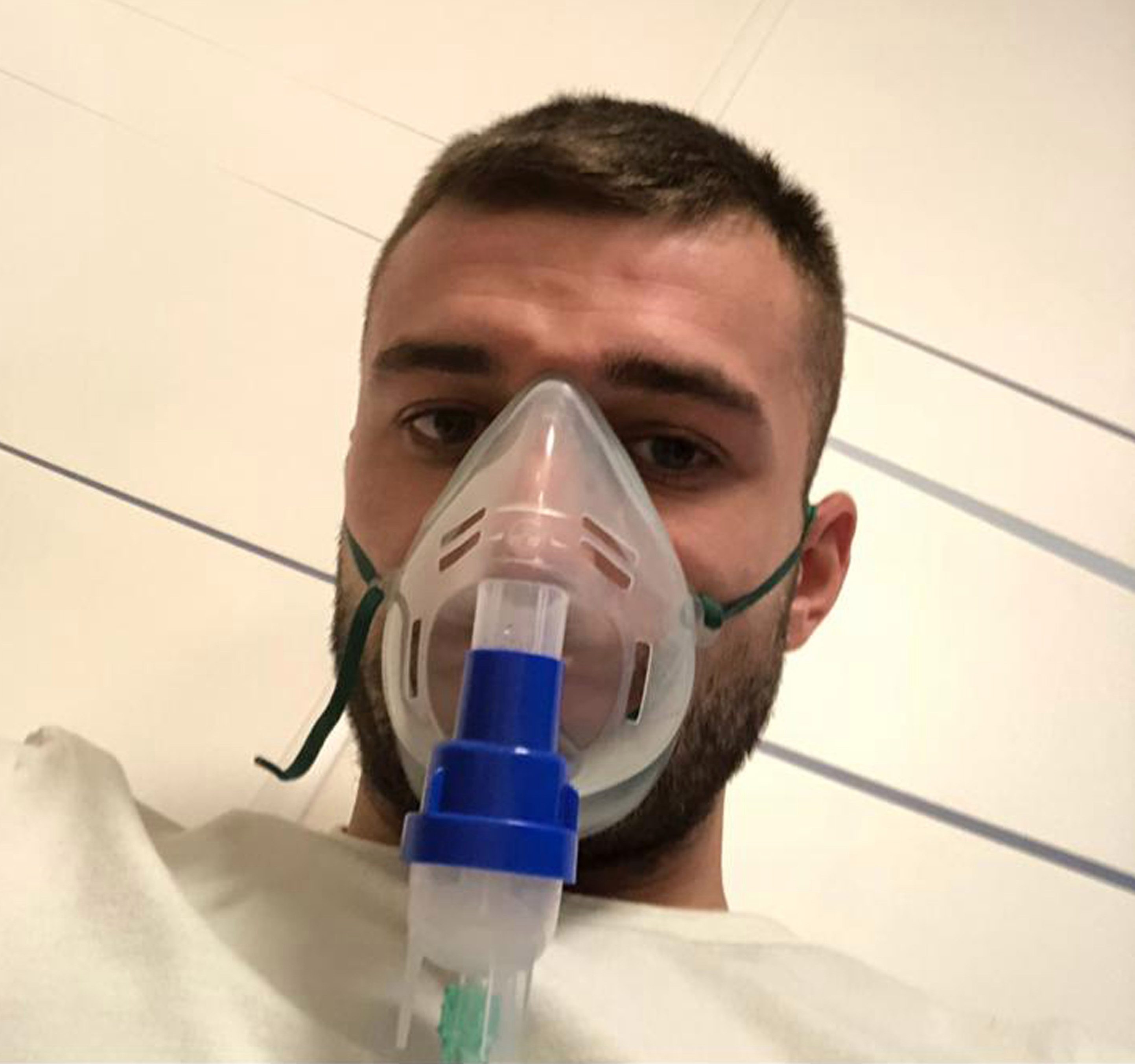 "It's totally changed my life, it's really depressing," he said.

"I look in the mirror and I can't recognise myself.

"I have about 1000 fasciculations (muscle flickers) a day and it genuinely looks like I've got bugs crawling under my skin when it's at its worst.

"I'm in constant agony and I can’t see any end in sight.” 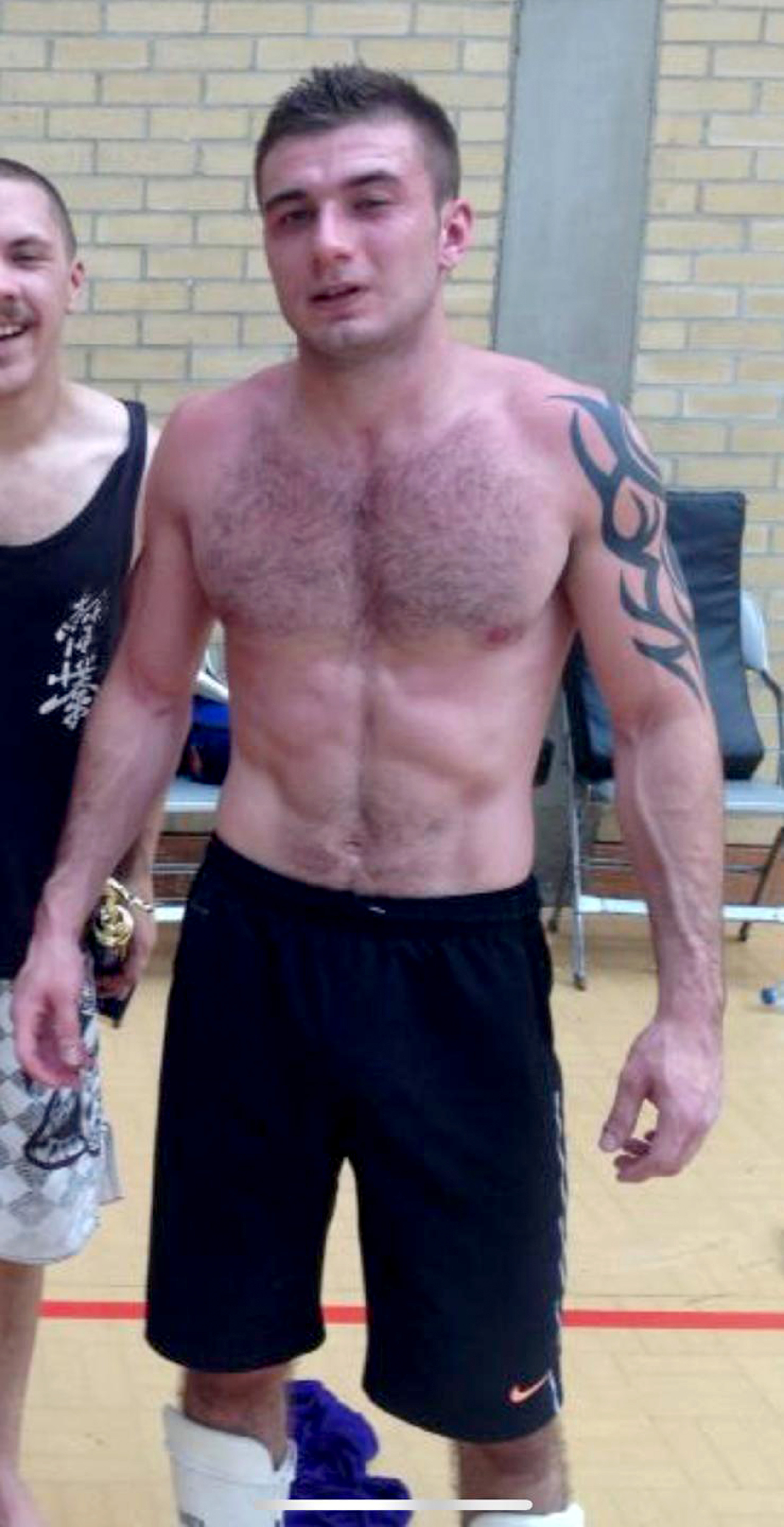 Chris began to suffer from a curved spine, which has seriously impaired his mobility and stopped him from competing in mixed martial arts competitions.

Chris said: "I was in constant agony, every day my arms would change temperature and I had severe pain across my body.

"I had shooting pains and my body would start tremouring and shaking.

“I went to my GP at least twenty times and went to the hospital at least fifteen times.

"At first the GPs kept saying it was asthma, so they gave me asthma pumps and steroids.

"Then they both said it was all in my head.

His girlfriend, Heidi, has had to help Chris clean and wash himself as his muscle control has become increasingly limited.

"We used to go on holiday all the time and be so active – he was a real hunk. But now, he can't get out of bed or shower without help.

Chris is trying to raise £24,000 on GoFundMe to fund his ongoing and future care.

His condition is so debilitating that it stops him from sleeping, leaving the house or maintaining friendships.

"Heidi has to do most the things for me like cleaning myself and getting dressed as I have limited muscle control, it's really, really hard. 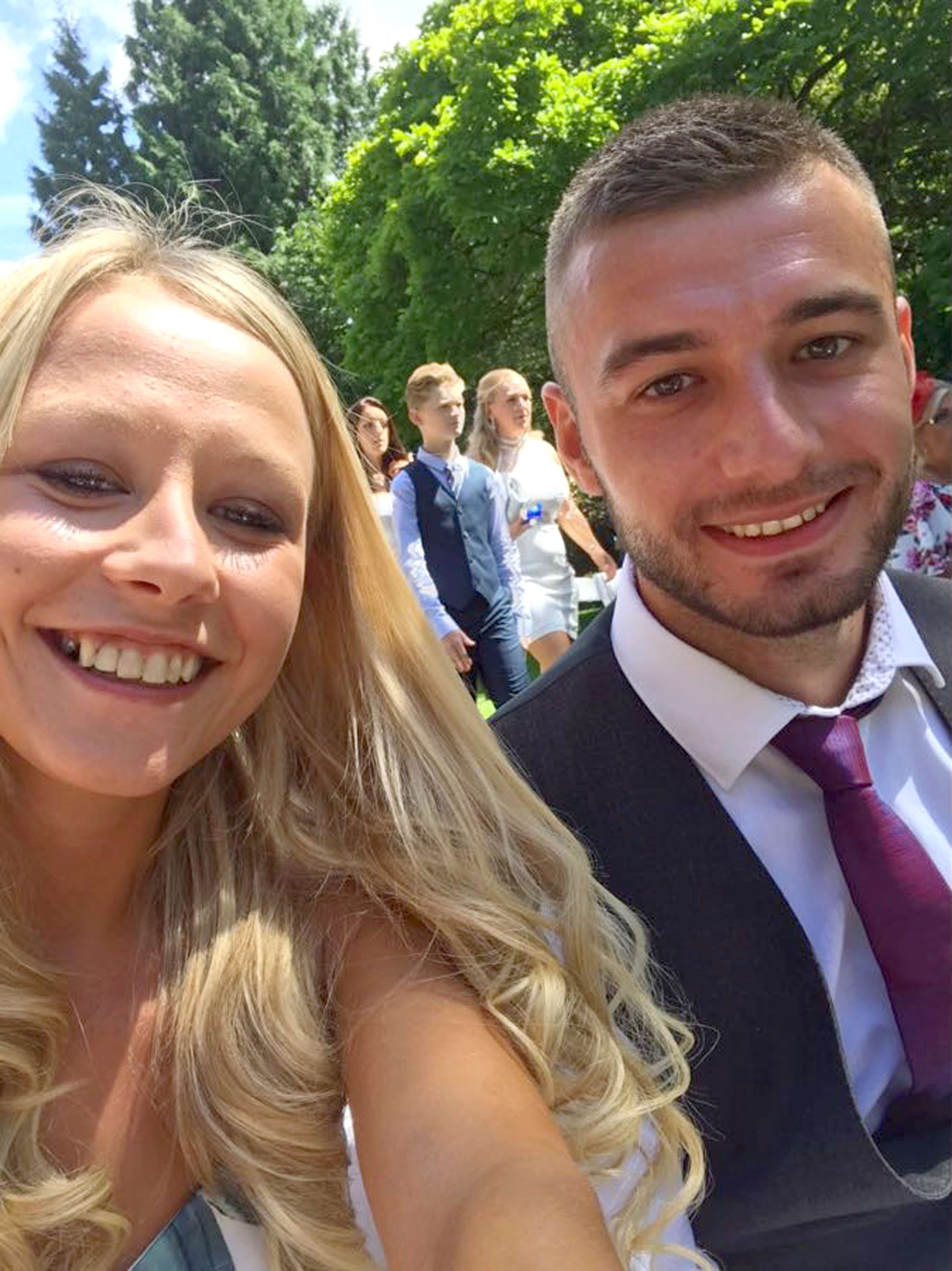 "It takes me ages to walk places and I'm dependent on everyone around me.

"I won’t be able to continue what I used to do including MMA, it's really heartbreaking."

According to his fundraising page, medics have found a lot more wrong with Chris than was first thought.

"I have multiple lesions on my brain and spine. My right cerrabellum tonsil is applying pressure to my spinal cord. I have a low lying conus. And an enlarged blood vessel that is pushing on the part of my brain that controls motor movements i.e., legs and arm movements.

"Please can someone tell me how the Uk health system can miss all of this?"

Harvey McEnroe, Chief Operating Officer at Medway NHS Foundation Trust, which runs Medway Maritime Hospital, said: “We are sorry to hear about Mr Fantetti’s concerns; we have been in contact with him and we are happy to meet with him to discuss these concerns or any other aspects of his care.”

You can donate to Chris' page here.