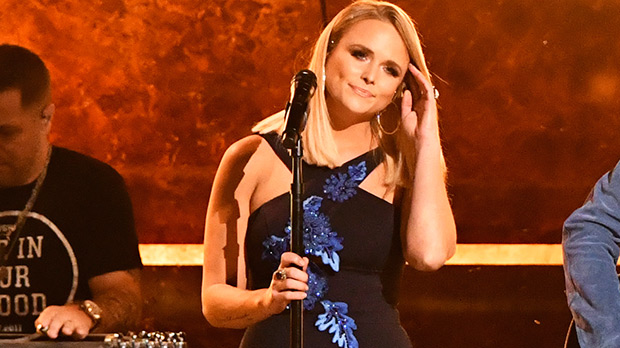 It was a big night for Miranda Lambert! Not only did she perform at the CMA Awards, but she was nominated for some major accolades! See her outfit below!

Miranda Lambert, 35, skipped the red carpet at the 2018 CMA Awards, because she took the stage early in the show to perform her hit song “Drowns the Whiskey,” with Jason Aldean. During the performance, she wore a black jumpsuit with a criss-cross halter neckline. It featured blue sequin flowers on one side. She wore her hair sleek and straight and in a deep side part. She looked stunning on stage! She was beautiful with bronze eyeshadow and a pink lip.

She just told The Washington Post, “Yes, I had to sing with someone with a penis to get a No. 1. I do like this person, Jason Aldean, a lot…so it was a great song with an old friend.” We love that she isn’t afraid to call out sexism in the industry!

Either way, the song is amazing, and she deserves all the success in the world! Good luck to Miranda tonight!