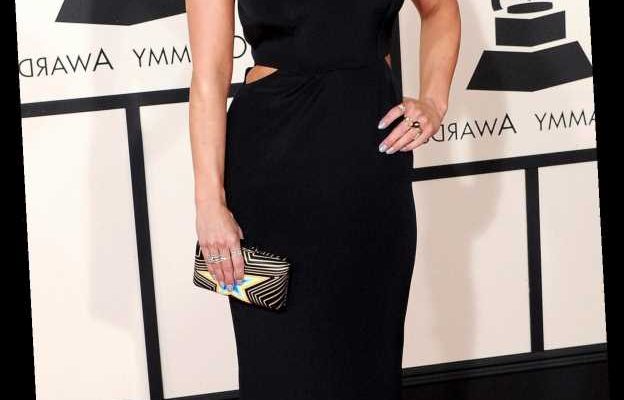 Miranda Lambert is planning on bringing her A game to the 2021 Grammy Awards red carpet.

The country megastar — who is up for three trophies on Sunday (best country solo performance, best country song and best country album) — teased her look in a recent conversation with Entertainment Tonight, telling the outlet that she's "going sleek and sexy."

"I have a dress, and a really hot husband who has a really nice suit, so we're good on that," said Lambert, 37, shouting out her spouse of two years, Brendan McLoughlin.

Of her style choice she added, "I'm not really a princess gal."

Lambert is slated to perform as part of the ceremony's star-studded setlist, which will also see appearances from artists like Bruno Mars, Taylor Swift, Megan Thee Stallion, Bad Bunny, Billie Eilish, Maren Morris and Harry Styles, who will be opening the show.

"[The set is] very feminine and beautiful," she told ET of her upcoming performance. "Also, there's an energy with my band and I, because we haven't played 'Bluebird,' really, since it's been 'Bluebird.' So we're really happy to be up there and playing music."

The two-time Grammy winner said her song "came at a really crazy time," and that, in terms of its message, "we obviously would never have known what we were writing when we were writing it."

"But when it became a single, it was kind of the beginning of 2020," Lambert added. "So I think it was kind of a little beacon of a song of hope for people. It was for us, so I'm really thankful that it came out when it did, and that it helped people through something."

It has been a busy March for Lambert. Earlier this month, she, Jack Ingram and Jon Randall debuted the first single from the trio's upcoming album, The Marfa Tapes, which will be released on May 7.

The track, "In His Arms," was presented alongside its accompanying music video, which features the songwriters performing in Marfa, Texas, with a stunning backdrop of the desert sunset.

The album's 15 songs were written and recorded over a five-day period last fall in Marfa — the desolate town Lambert, Ingram, 50, and Randall, 52, call a "songwriting haven," where they laid down stripped-down verses outdoors with just a pair of microphones and an acoustic guitar as background noises of a crackling fire and sounds of the desert can be heard.