This morning in the Theater District the marquees lit up at the Shubert Theatre and Music Box Theatre (for the first time since COVID-19 forced Broadway to go dark more than a year ago) for Michael Kors 40th anniversary runway show. A triumphant celebration of the hustle and drive that continues to animate the city’s fashion and performing arts industries, Kors, a New Yorker and a musical theater lover, staged showed his Fall 2021 collection with a multi-generational cast of supermodels who have walked in his shows over the years including Bella Hadid, Naomi Campbell, Shalom Harlow, Helena Christensen, Liya Kebede, Karen Elson, Paloma Elsesser, Precious Lee, and Alek Wek. 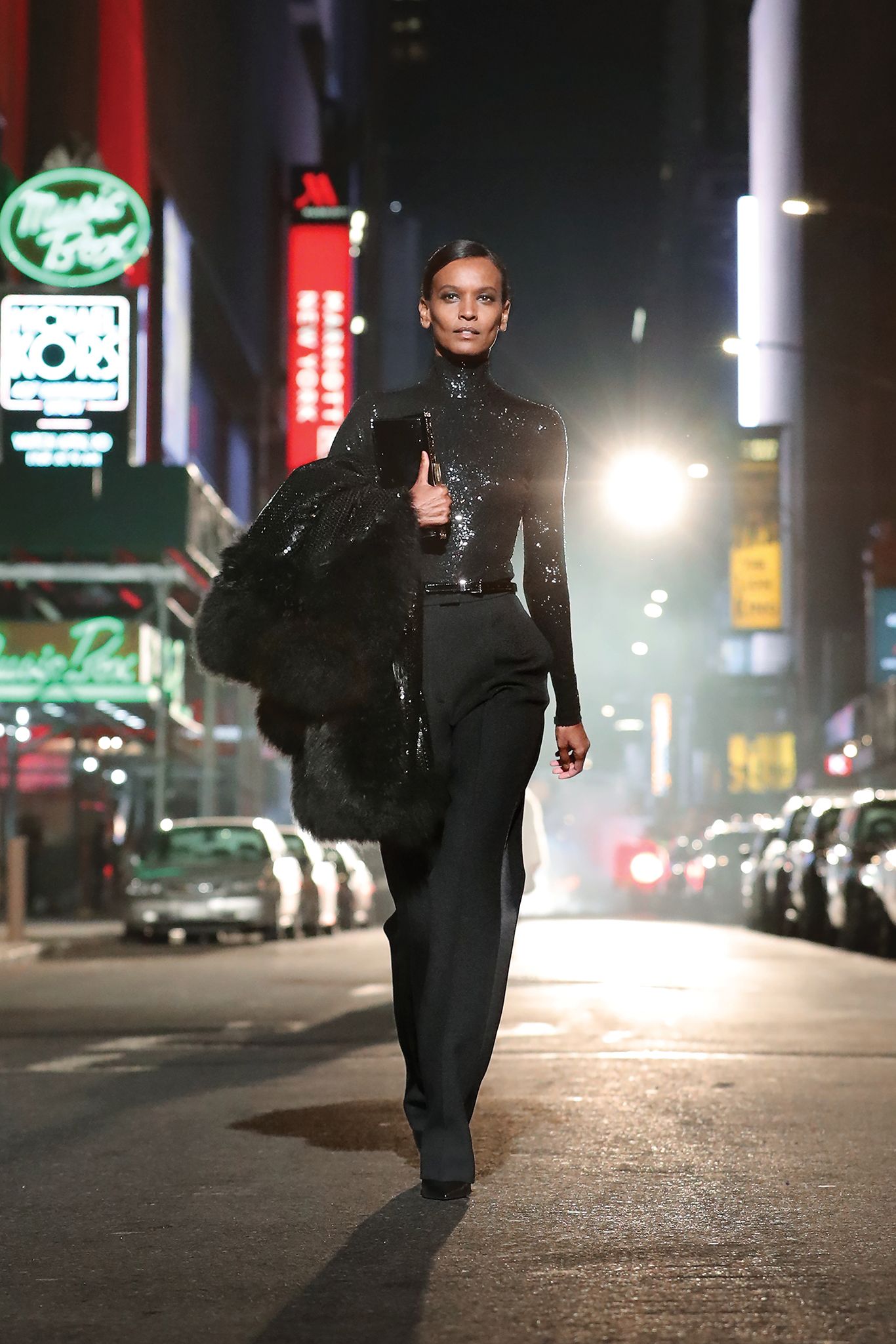 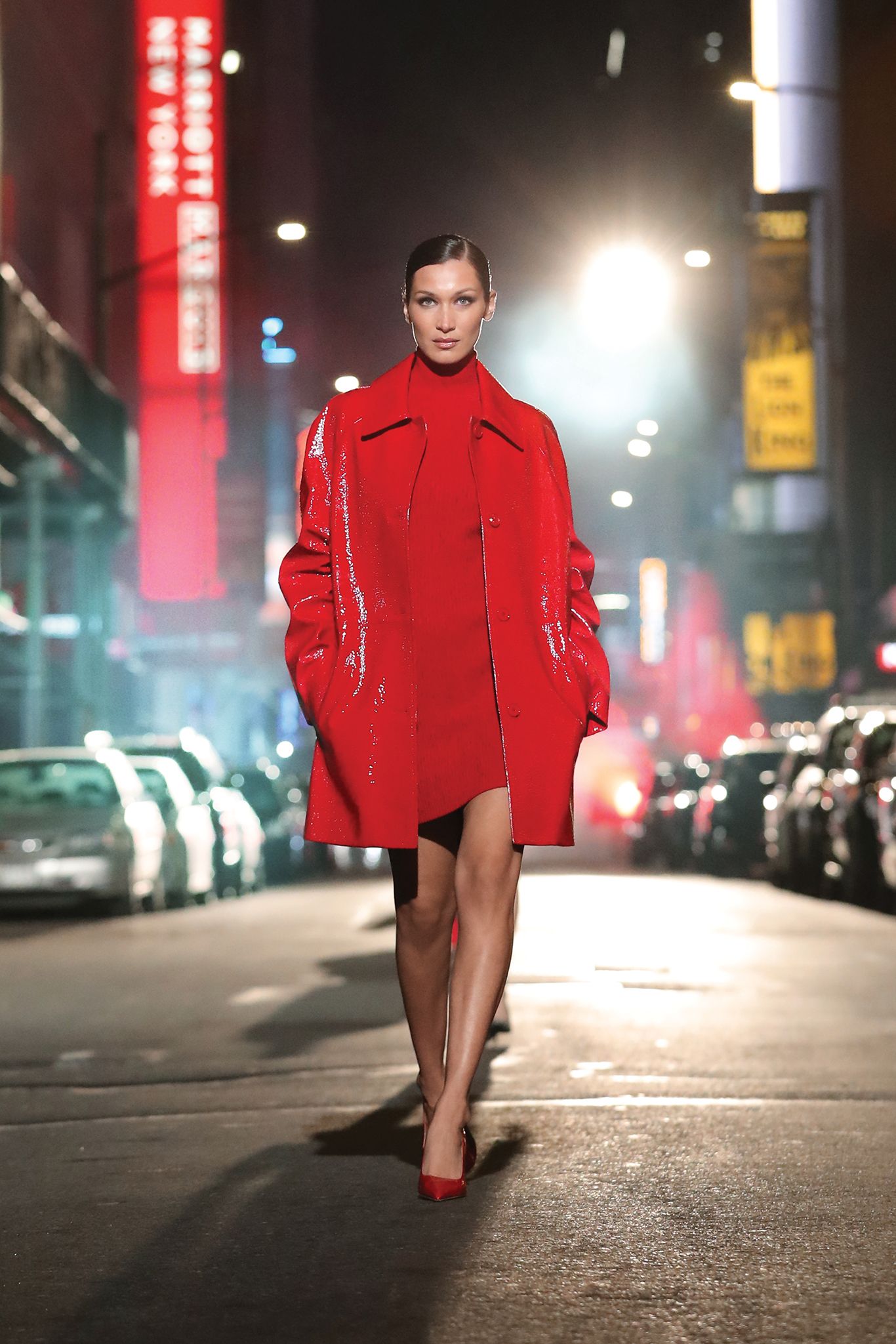 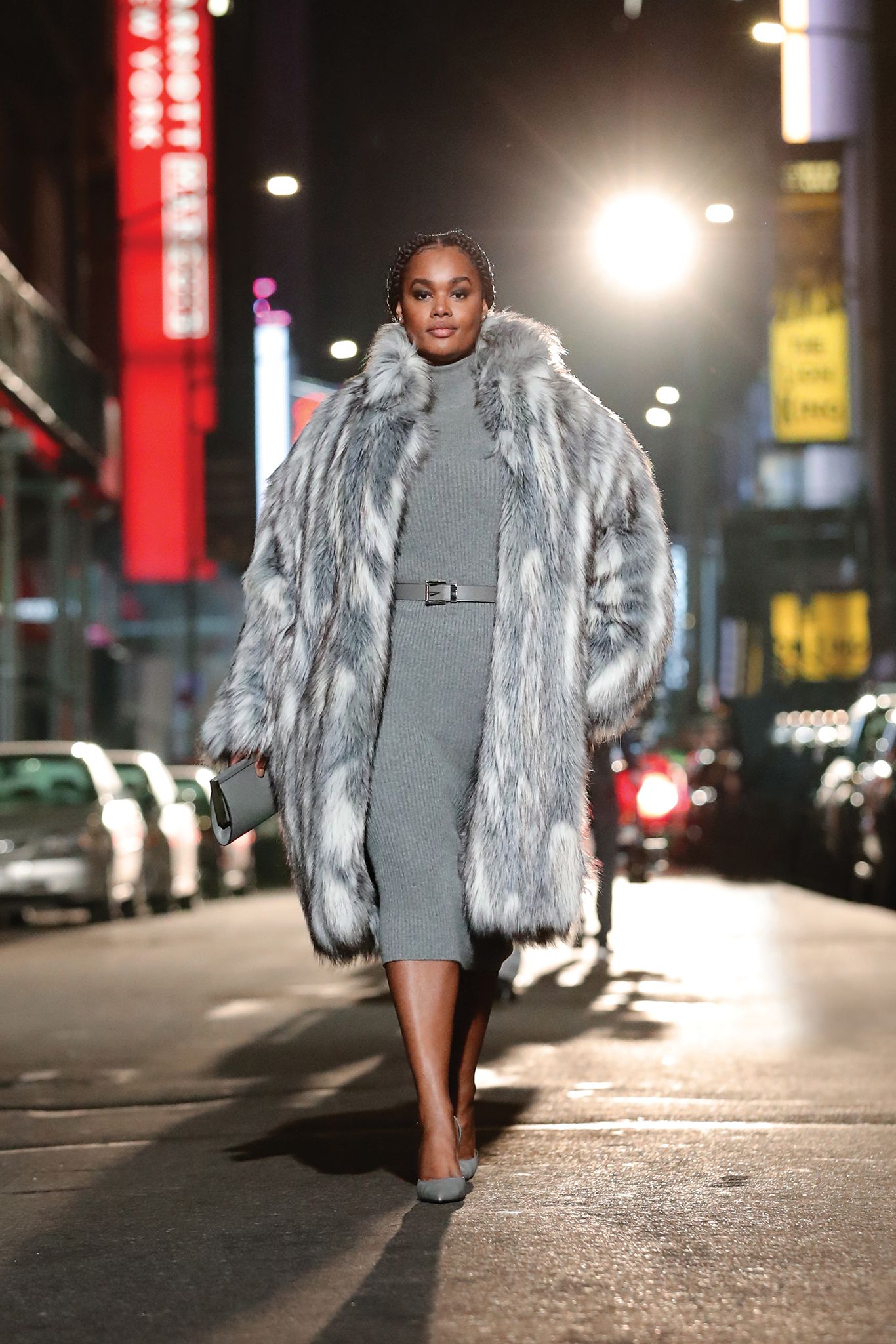 The proceedings kicked off with a greeting from the designer live from Times Square this morning, followed by pre-recorded trip to Sardi’s, Kors’ favorite pre-theater restaurant, where caricatures of movie stars line the walls. In a funny riff on Zoom’s gallery view feature, the framed portraits were replaced with video feeds of some of Broadway’s biggest stars including Bette Midler, Chita Rivera, Bernadette Peters, Kristen Chenowith, and Billy Porter. They congratulated Kors on his big anniversary and also asked the audience to consider contributing to the The Actors Fund, which has helped provide a safety net to more than 40,000 people who work across theater, dance, opera, music, film, television, and radio during the pandemic. 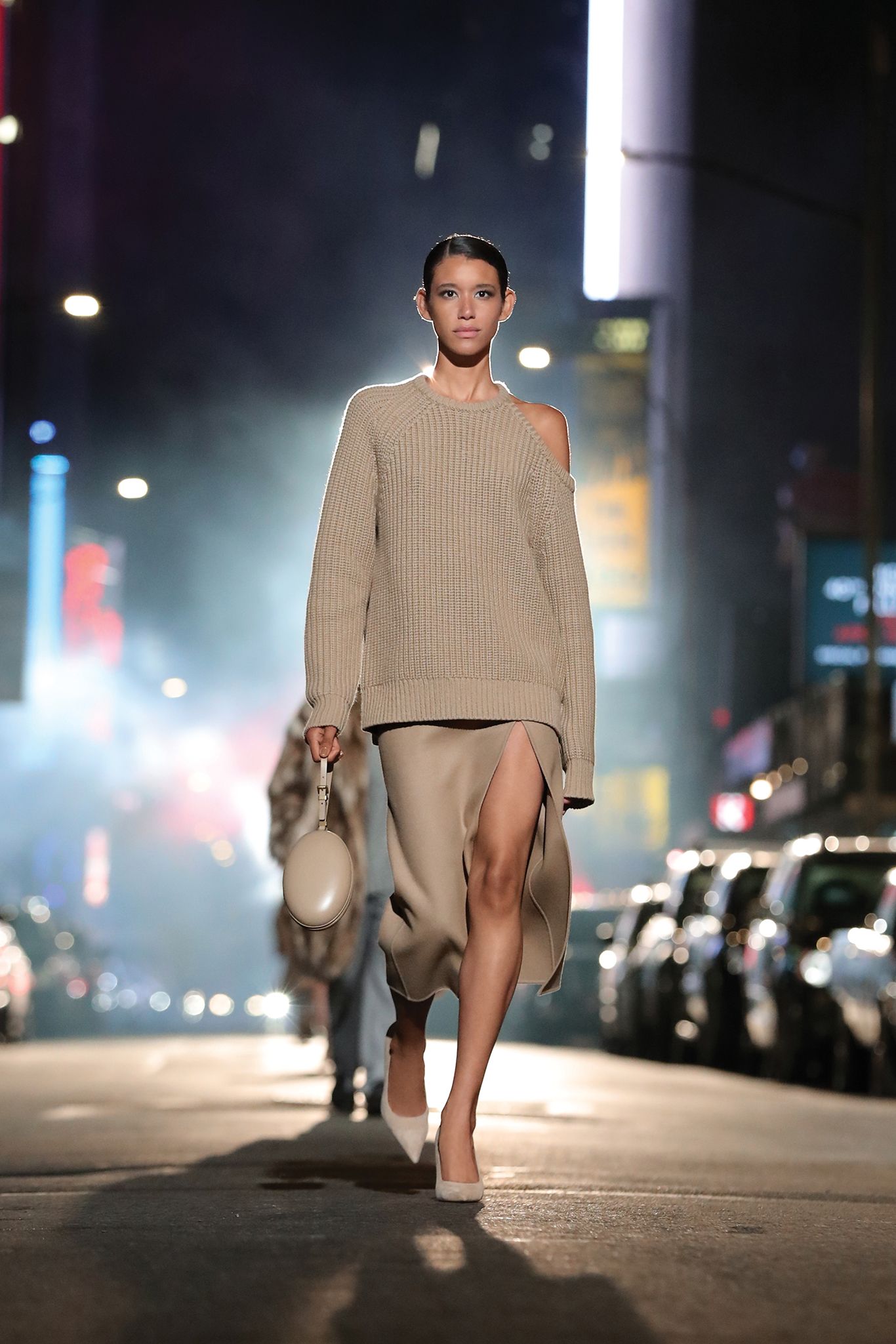 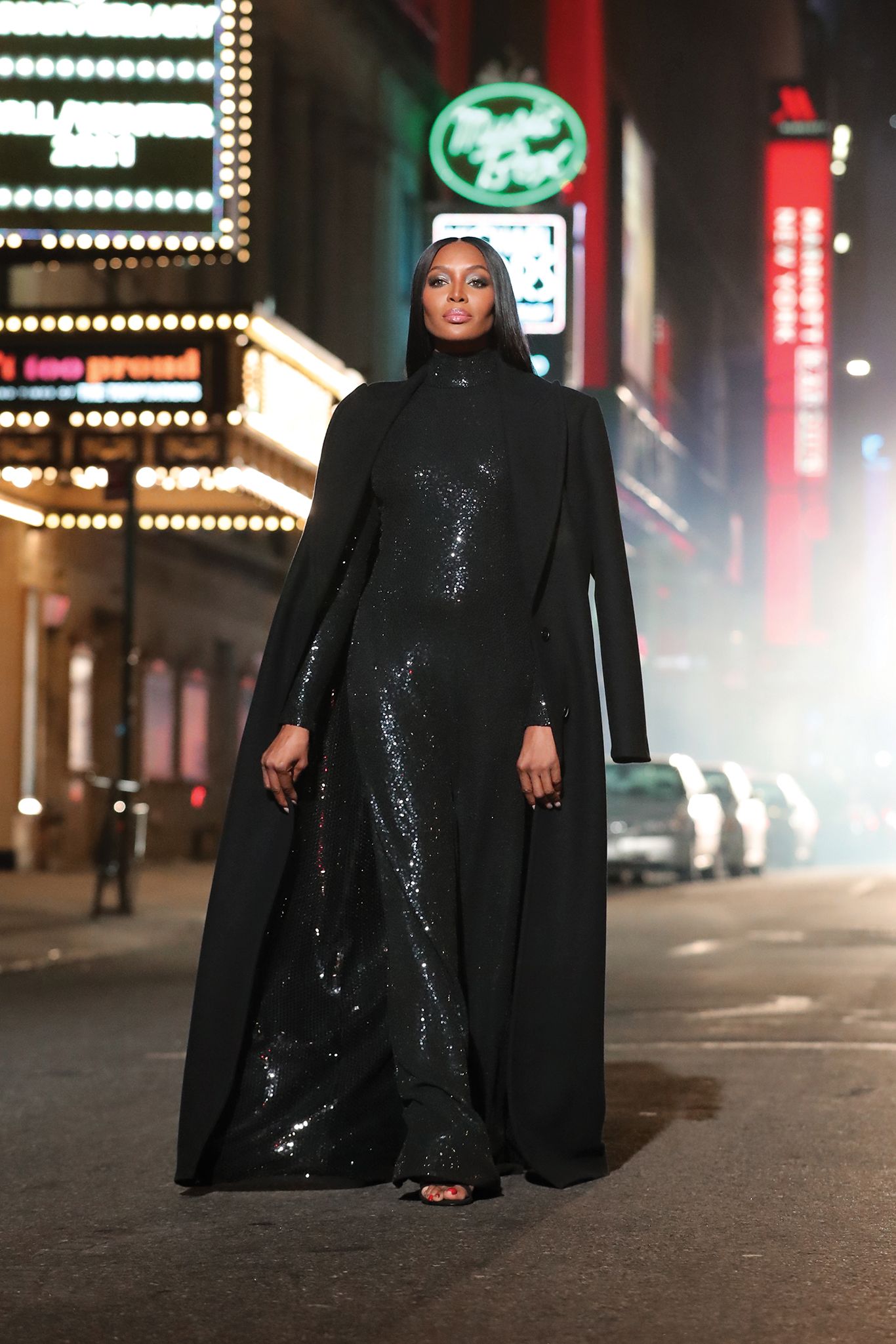 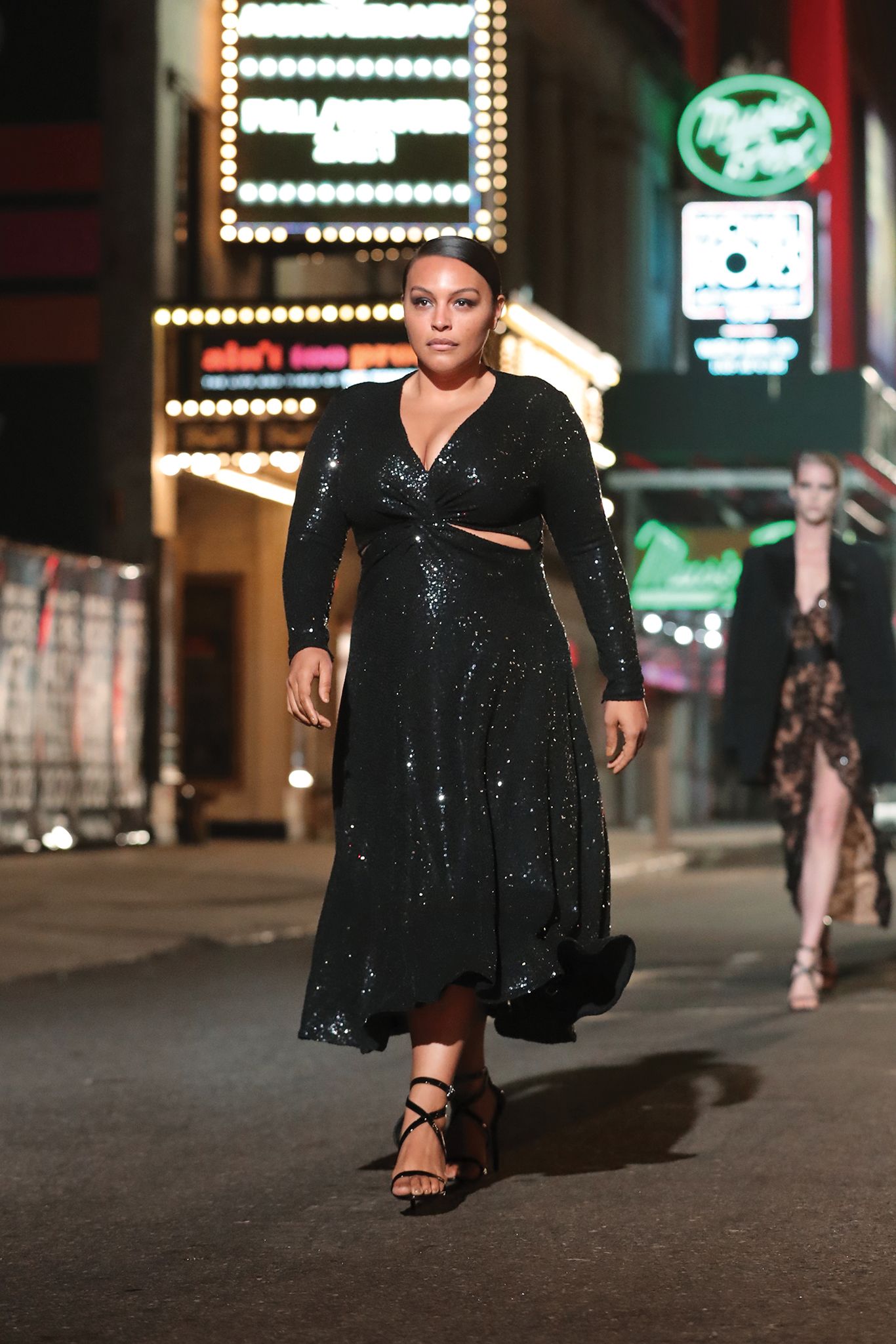 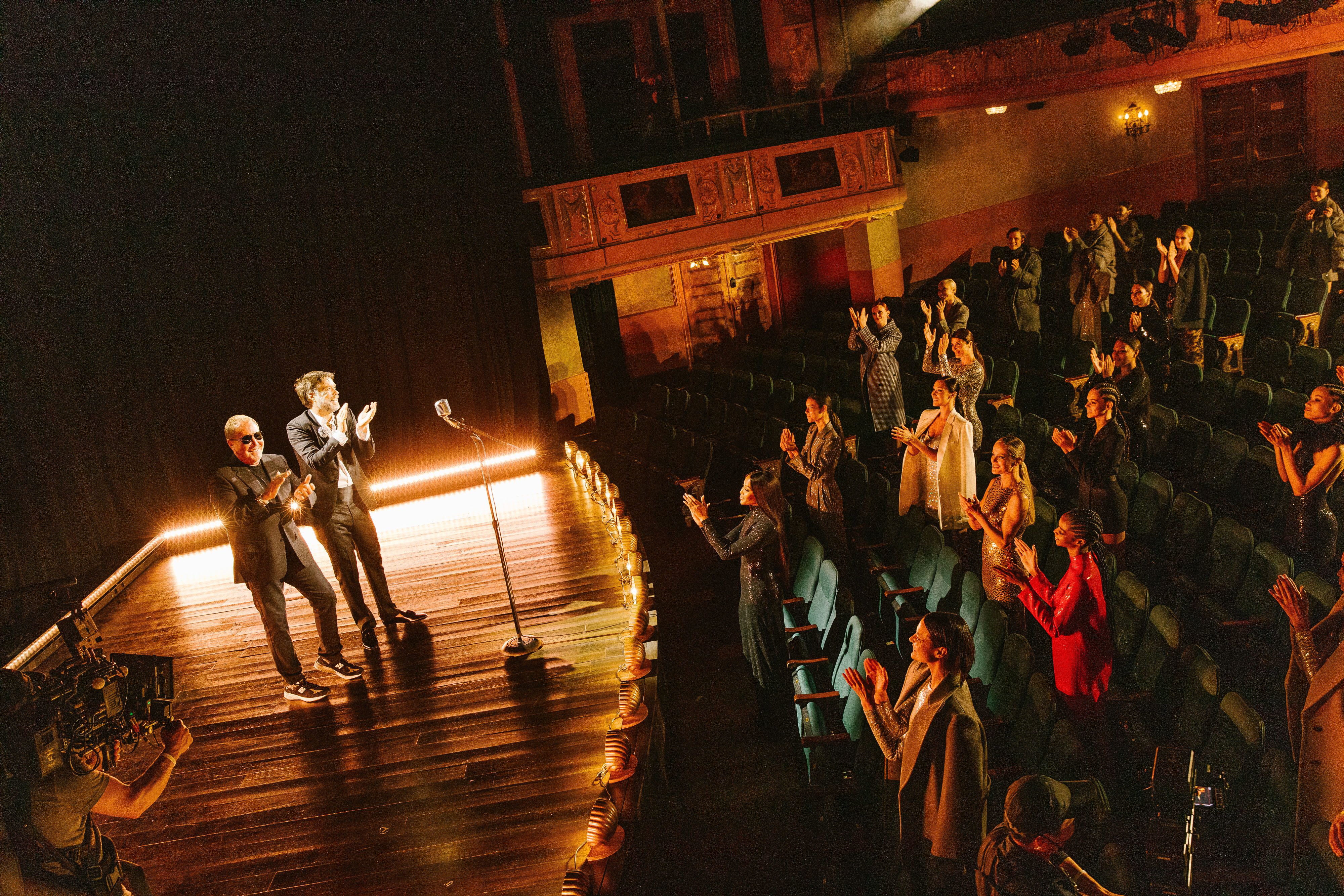 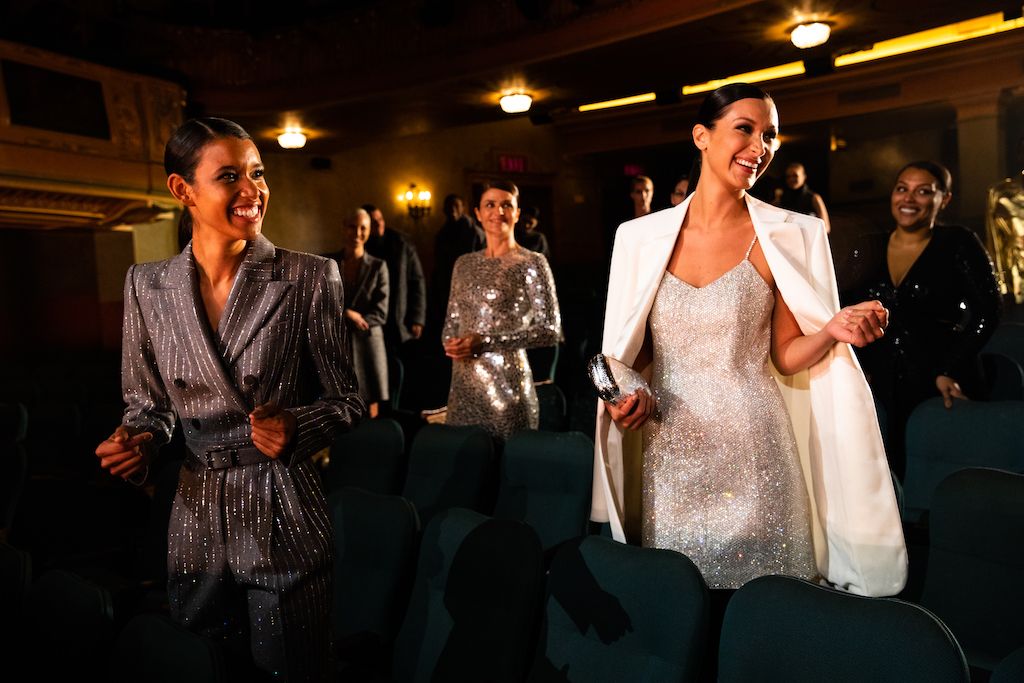 As Kors took the stage with Wainwright, the message was clear: the show must go on.