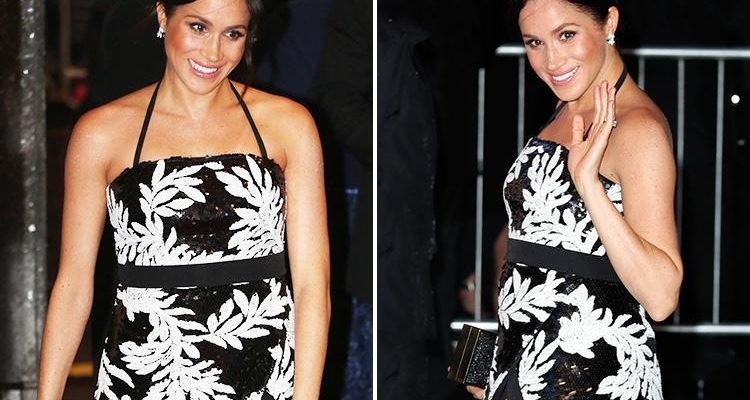 The 37-year-old actress looked incredible in a monochrome ensemble by designer Safiyaa as she arrived at the London Palladium theatre with Prince Harry – for the event which airs tonight. 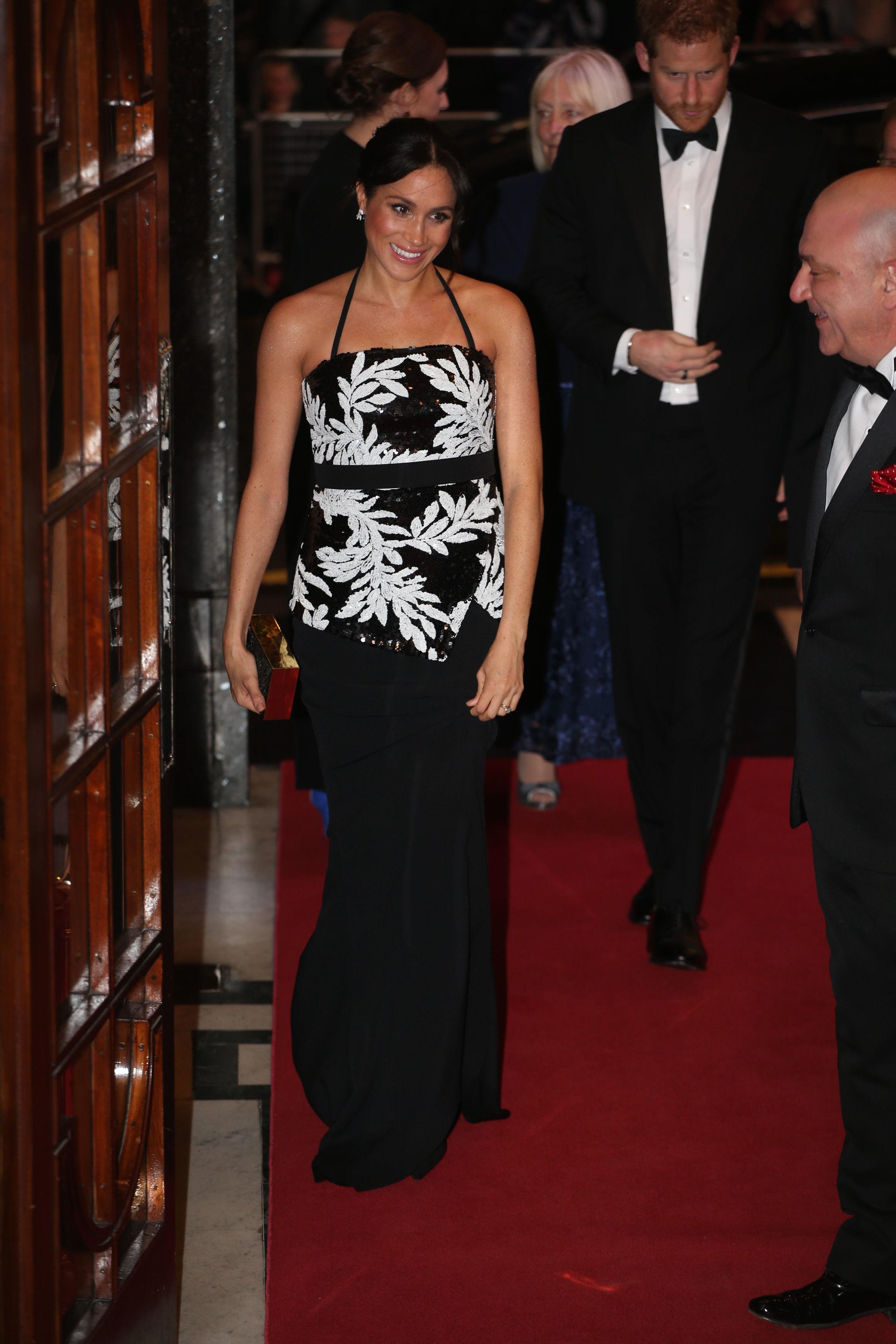 Meghan wore a black and white sequinned halter top by London-based designer Safiyaa as she cradled her baby bump at the star-studded event – which was filmed on November 19.

The £895 asymmetric peplum style features a sparkly leaf design and Meghan has teamed the look with a skirt by Safiyaa, too.

The Duchess paired the floor-length look with a black box bag and one of her favourite pieces of jewellery – her Birks snowflake earrings.

The breathtaking diamonds are worth approximately £7,000. 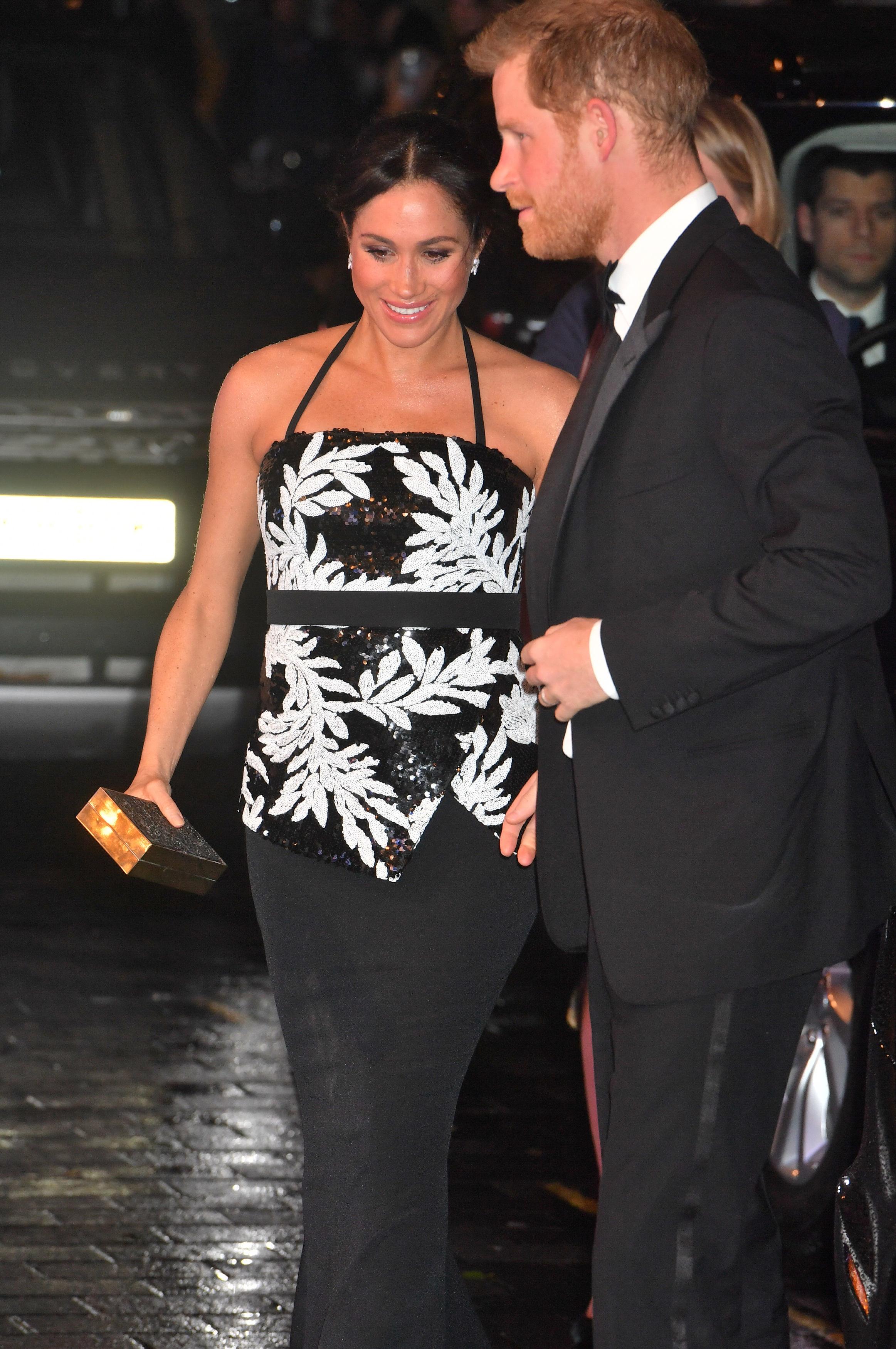 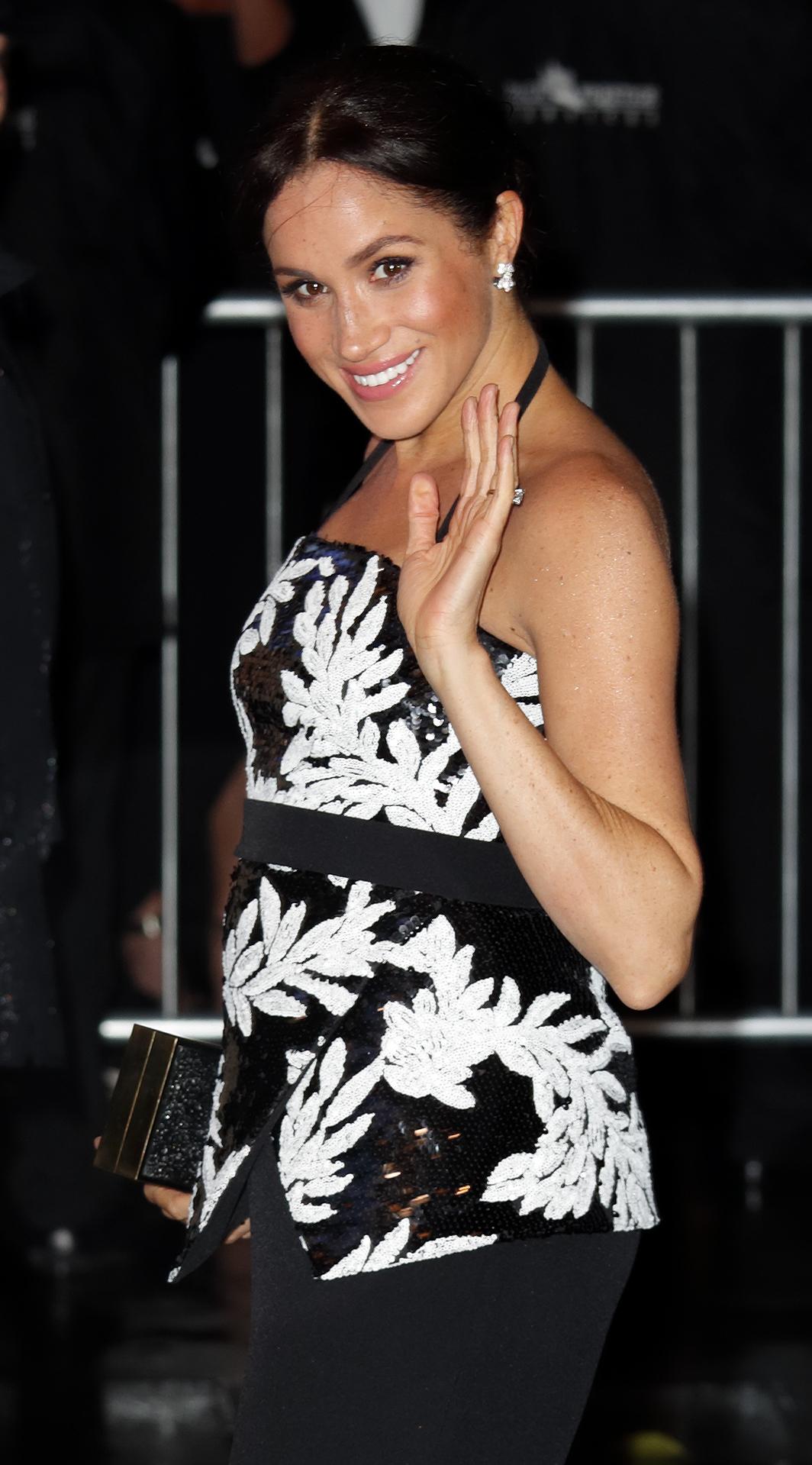 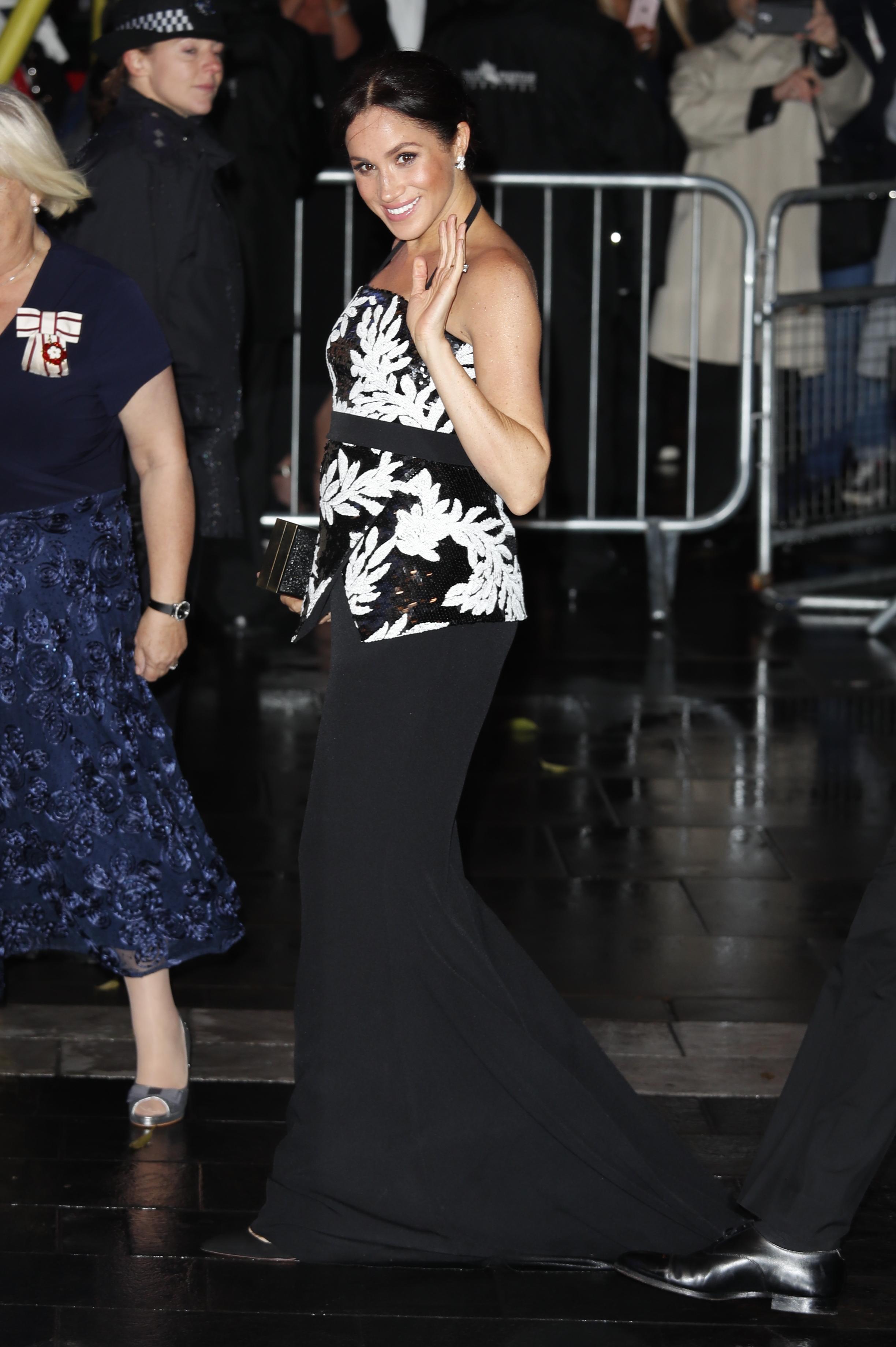 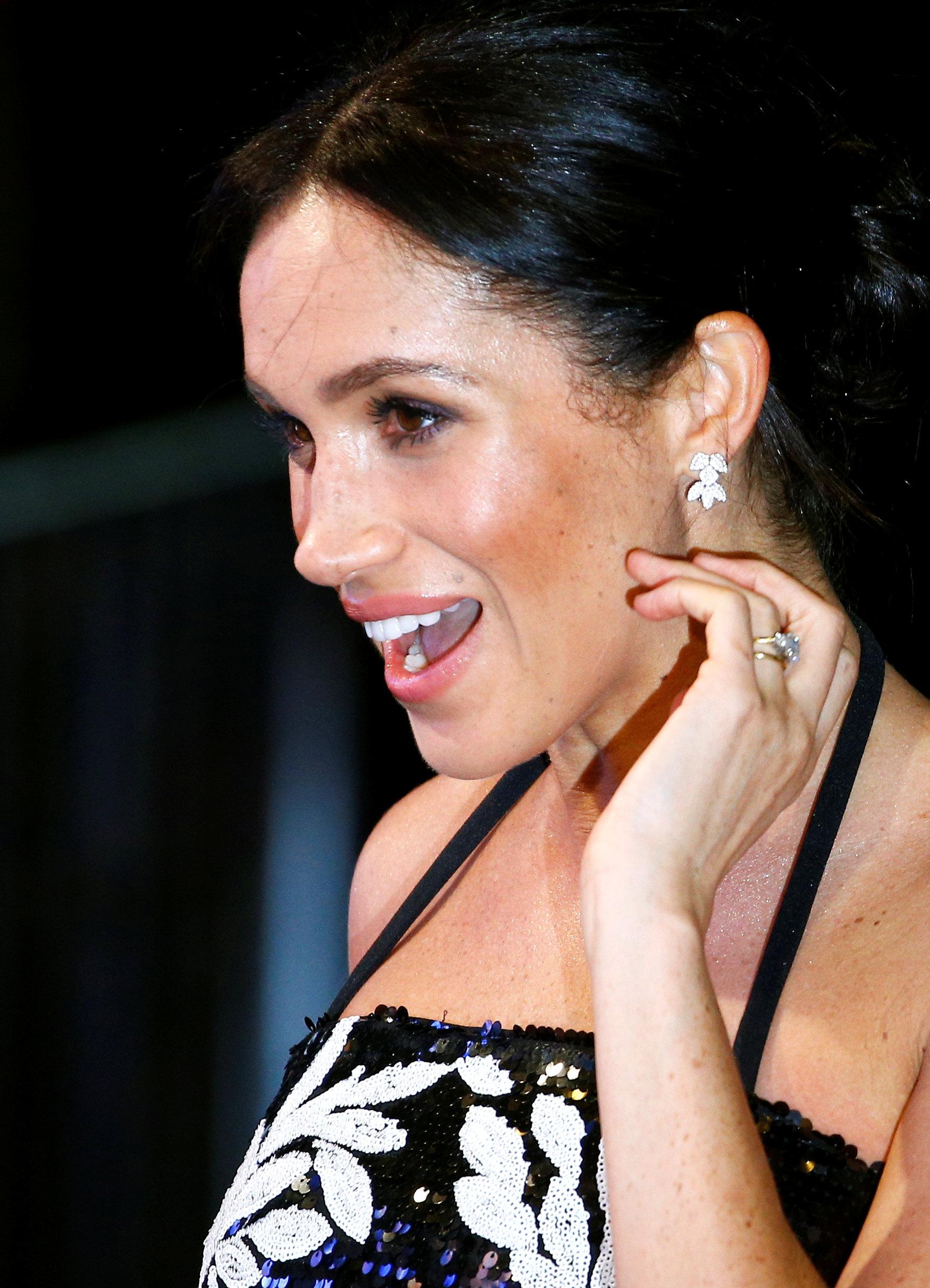 Meghan even crouched down to chat to little Darcie-Rae Moyse, who had donned her very own tiara to meet the duchess.

The seven-year-old presented Meghan with a bouquet of flowers.

The Variety Show featured an array of performances from music to comedy and raises funds for the Royal Variety Charity.

Last night's event will feature performances from the likes of Andrea Boccelli, Clean Bandit, Take That and the West End cast of Hamilton.

Meghan wore a design by Safiyaa last month, at a reception and dinner hosted by the president of Fiji.

Last week, the Duke and Duchess of Sussex stepped out for Prince Charles' 70th birthday party.

Meghan wore a dazzling pair of chandelier earrings – which she was also spotted wearing during her and Harry's royal tour. 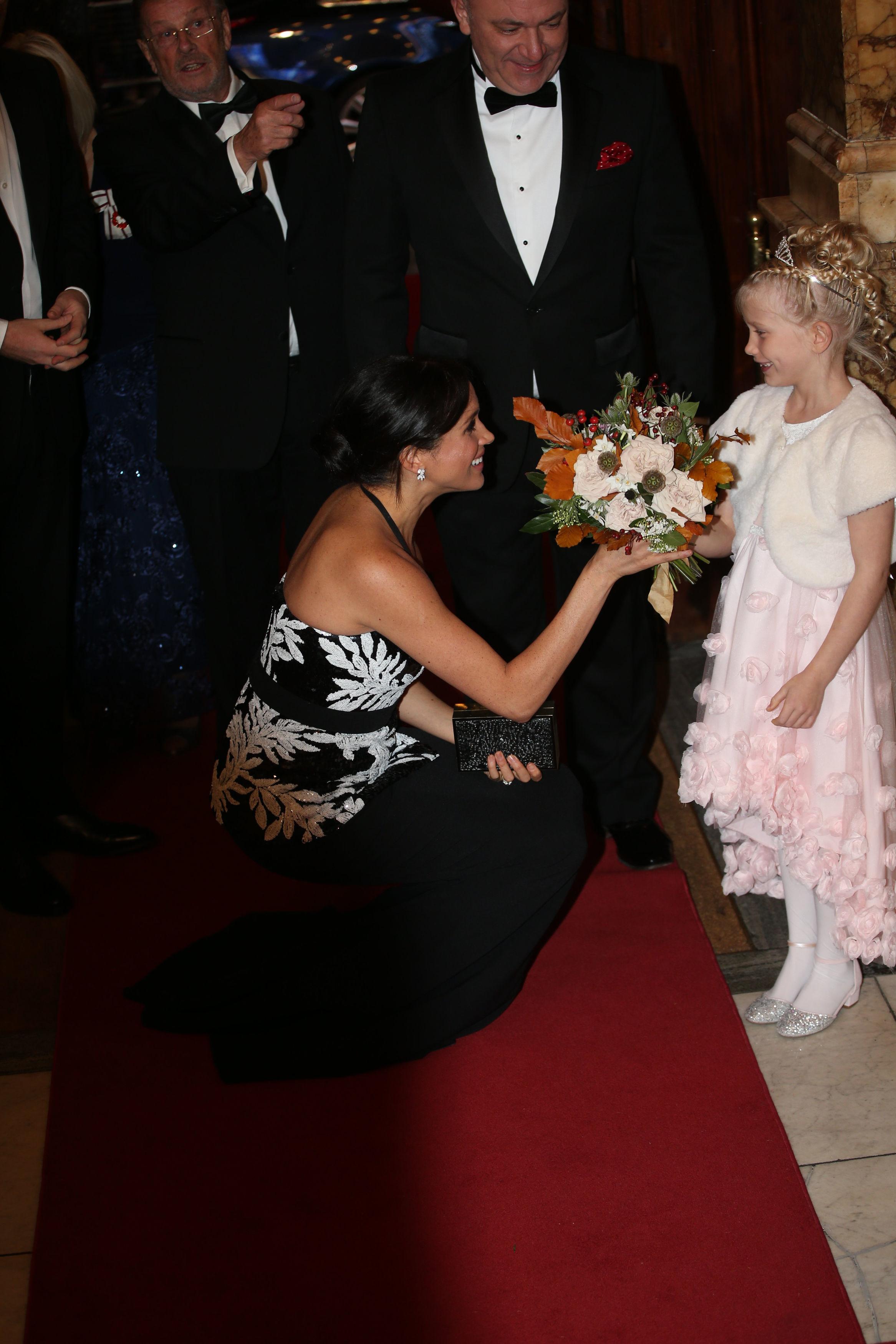 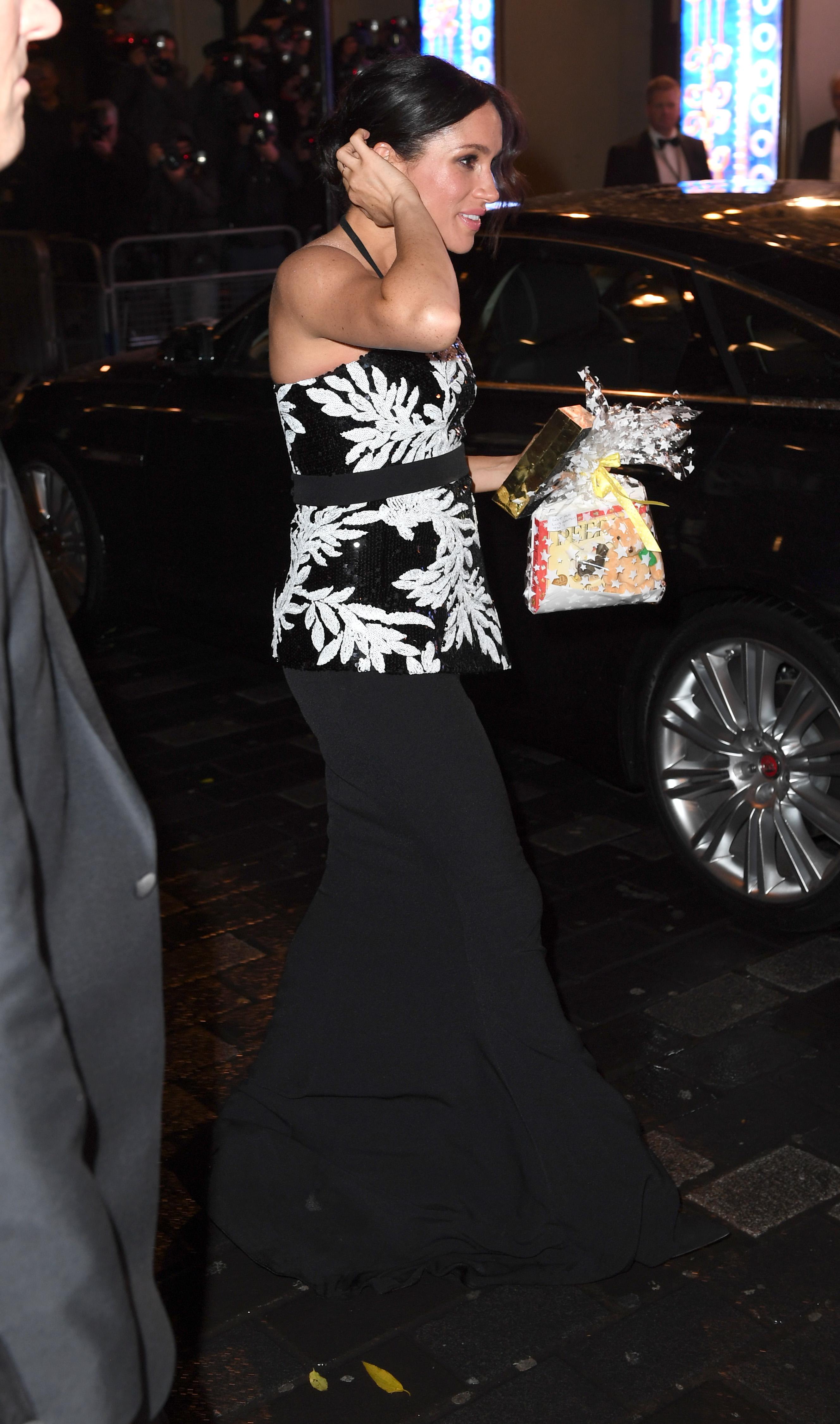 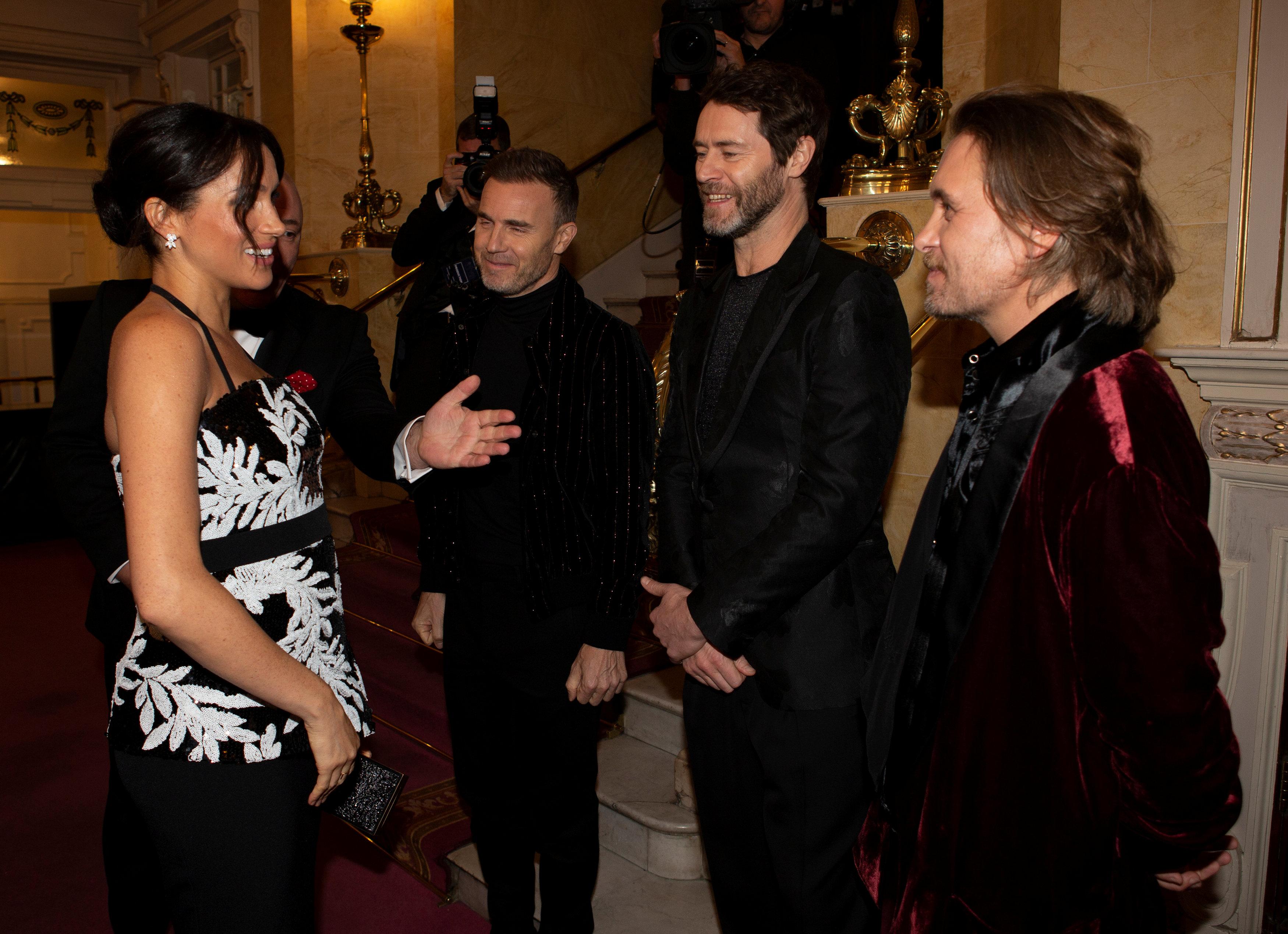 Meghan dazzled as she made a surprise appearance at The Fashion Awards last night.

But trolls slammed the duchess for constantly cradling her baby bump – saying ‘it won’t fall off’.

And here's how ‘controversial’ Kate Middleton upset the Queen’s staff when she moved in with Prince William.