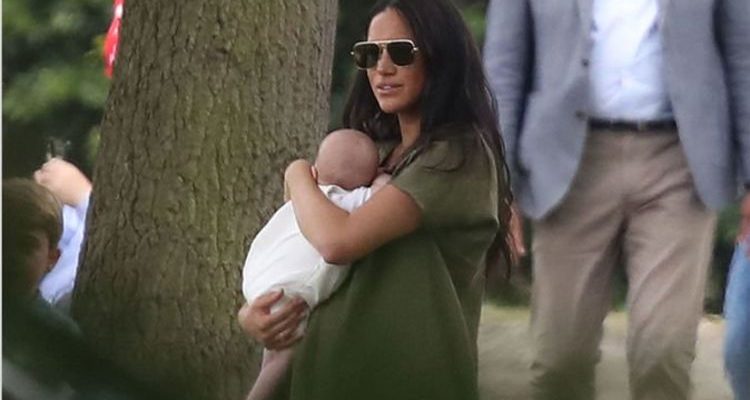 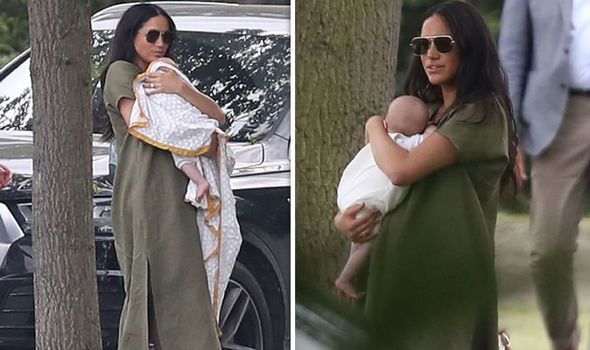 Meghan Markle looked every inch a doting mum today, as she arrived in Berkshire with her baby son Archie in her arms. The 37-year-old was supporting Prince Harry as he and his brother Prince William are taking part in the “king Power Royal Charity Day”. Wearing a khaki dress, the new-mum looked very relaxed as she headed to the Billingbear Polo Club in Berkshire, where the match was taking place. Shading her eyes from the sun, she wore a pair of gold-framed dark glasses. She kept her make-up light, and opted for her trademark hairstyle, wearing her brunette locks down, with a middle parting. Baby Archie – who appeared to be sleeping on his mum – was dressed cutely in a cream romper with a white vest underneath.

As Meghan got out of her car, she could be seen giving her two-month-old son a kiss on the head.

And fans couldn’t get enough of the adorable display, as they rushed to praise the new mum on Twitter.

“Meghan doing her first mamahood thing. So sweet,” one wrote.

“The happiness she has always deserved #DuchessMeghan #MeghanMarkle,” another wrote.

Meghan’s sister-in-law was also spotted on the sidelines, as she supporter her husband at the event.

The Duchess of Cambridge looked summery in a pink, floral dress, which she teamed wit a red side bag and a pair of brown wedged heels. 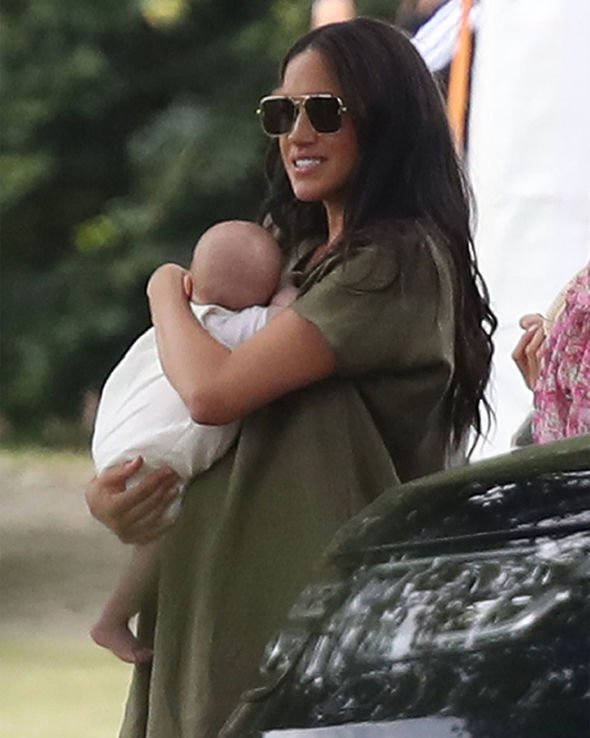 She wore her brunette locks in a soft wave, and as she kept a watchful eye on her one-year-old son Louis, she kept her sunglasses on top of her head.

Louis – who turned one in April – looked dressed for the occasion in a teeny pair of green shorts, a navy polo shirt and a matching pair of blue shoes.

The game was taking place in honour of Leicester City chairman Vichai Srivaddhanaprabha, who was an avid polo supporter and president of Ham Polo Club for four years.

He was killed in a helicopter crash at the King Power football stadium in Leicester in October last year. The charity match will help raise funds and awareness for more than 15 charities supported by the dukes including African conservation organisations, rugby charities and the Invictus Games Foundation.