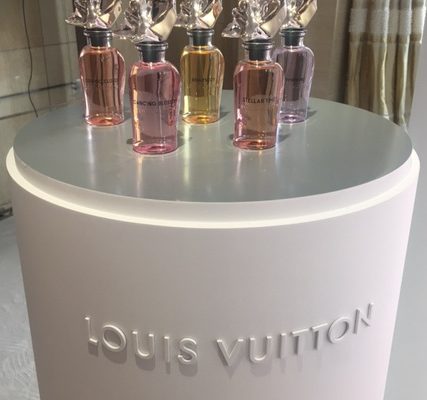 THE VUITTON-GEHRY CONNECTION CONTINUES: Louis Vuitton and Frank Gehry have teamed up yet again, this time on a new fragrance line, called Les Extraits Collection.

For it, the French luxury goods house’s master perfumer Jacques Cavallier Belletrud has created a new collection of extracts of perfume, while Gehry conceived a bottle to hold the five different juices. Each flacon comes topped with a three-dimensional, silver-colored sculptural work reminiscent of wind moving through and swirling a silver sheath. 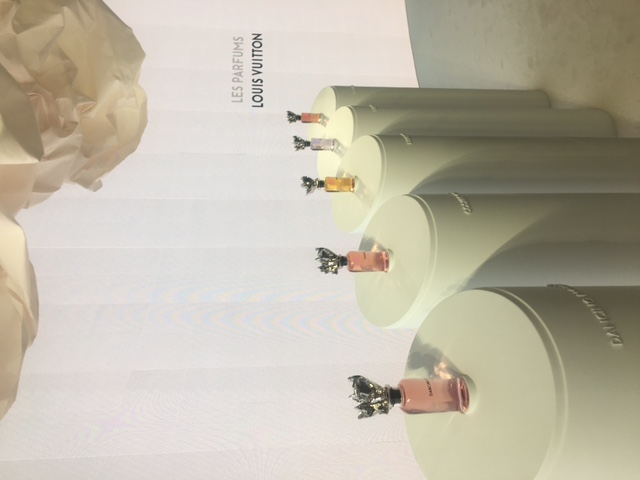 The fragrances Courtesy of Jennifer Weil

Wind played a key role in Cavallier Belletrud’s conception of the fragrances, as he had in mind what scents are stirred in the air that wafts through Grasse, France, where his laboratory is housed at Les Fontaines Parfumées. He took a traditional fragrance form – an extract of perfume – and modernized it by banishing scent’s traditional structure, with top, middle and base notes, for these long-lasting, fresh fragrances.

“My ambition was to reinvent the extrait de parfum of the 21st century, bringing newness and new emotions without having any connections with the existing fragrances at Louis Vuitton [and] by breaking the rules,” explained Cavallier Belletrud, during a press conference held in Paris on Monday. 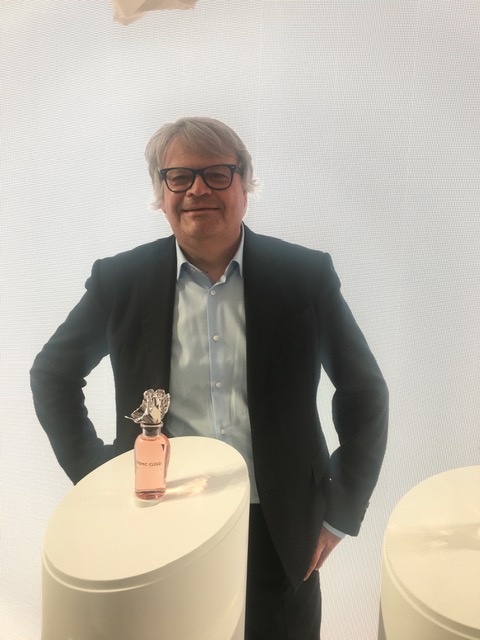 “What I love the best, like Frank, is to break the rules, to deconstruct and rebuild things in other ways in order to produce emotions,” he continued.

The fragrances are called Stellar Times, Cosmetic Cloud, Dancing Blossom, Rhapsody and Symphony. Each represents a different major olfactive family and is concentrated at 30 percent.

“It was just coming from my heart,” said Cavallier Belletrud, of the project.

The fragrance line marks Vuitton’s second collaboration with the legendary architect, who designed the Fondation Vuitton in the Bois de Boulogne in a Paris suburb.

Louis Vuitton to Open Next Temporary Residence in SoHo