Among the British A-listers who’ve stepped out to support their local London designers: style icon Alexa Chung. A year after the longtime fashion muse held her very own show she returned to attend multiple shows wearing chic ensembles and also showing her own collection in a concrete basement in London’s King’s Cross on February 16. English model Jourdan Dunn Opens a New Window. was also spotted coming in and out of shows wearing super sharp and gorgeous ensembles.

American stars also made stylish appearances. Before Gigi Hadid made her Burberry catwalk debut on Sunday, February 17, she was spotted leaving her hotel in a light-wash denim-on-denim look that was the epitome of model off duty. And always a Fashion Week staple as well as a street style maven, Olivia Palermo Opens a New Window. stepped out in lots of layers and earthy tones, giving us incredible cold-weather inspo.

But celebs weren’t the only ones bringing their style A-game to the streets. Tons of other show goers spilled out in lots of stunning looks. Street style trends we saw included pantsuits for comfort, oversized coats for warmth and bold colors that call spring to mind. 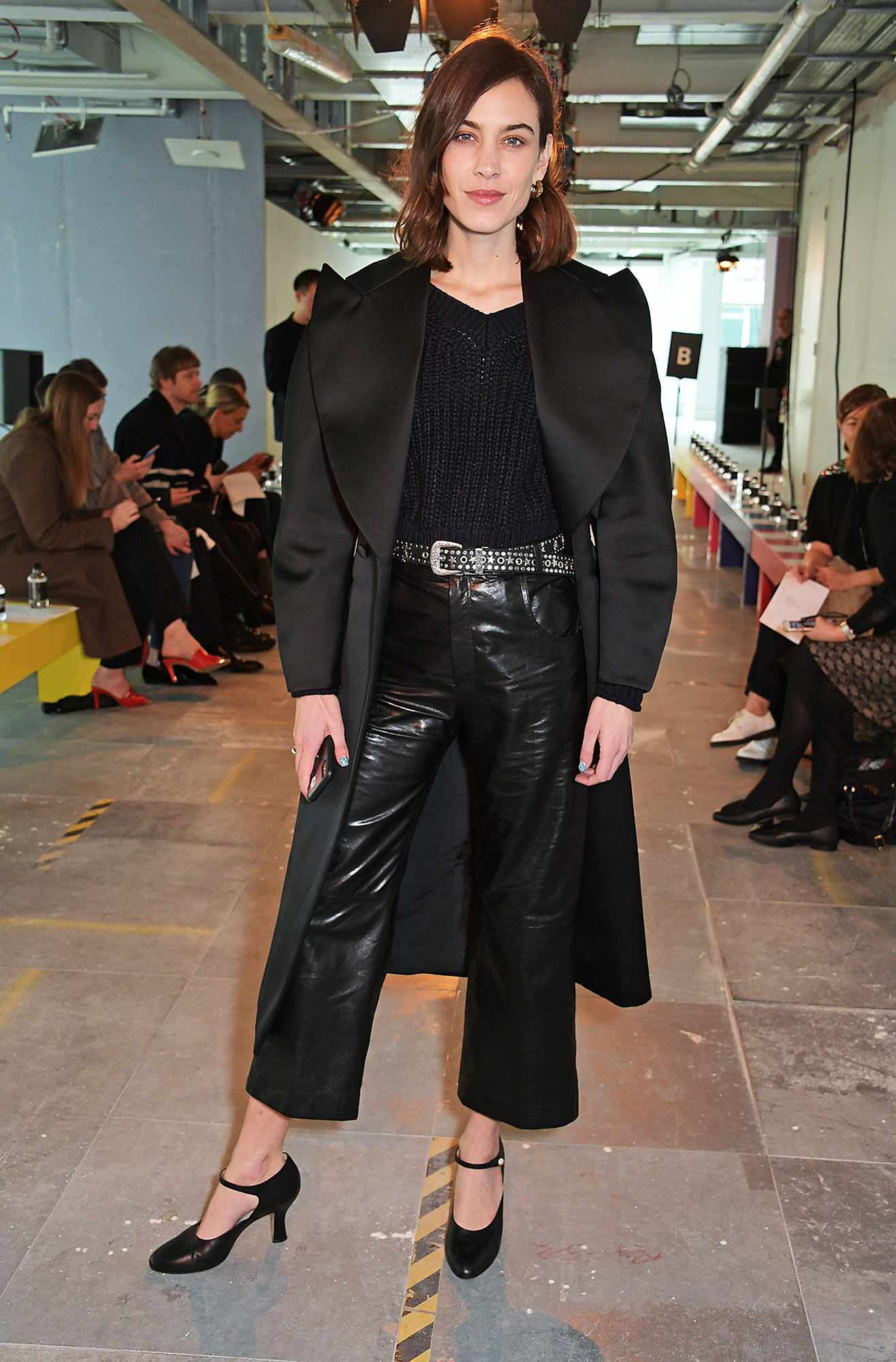 The stylish Brit rocked an sophisticated edgy look at the Christopher Kane show on February 18, wearing an all-black ensemble complete with leather culottes. 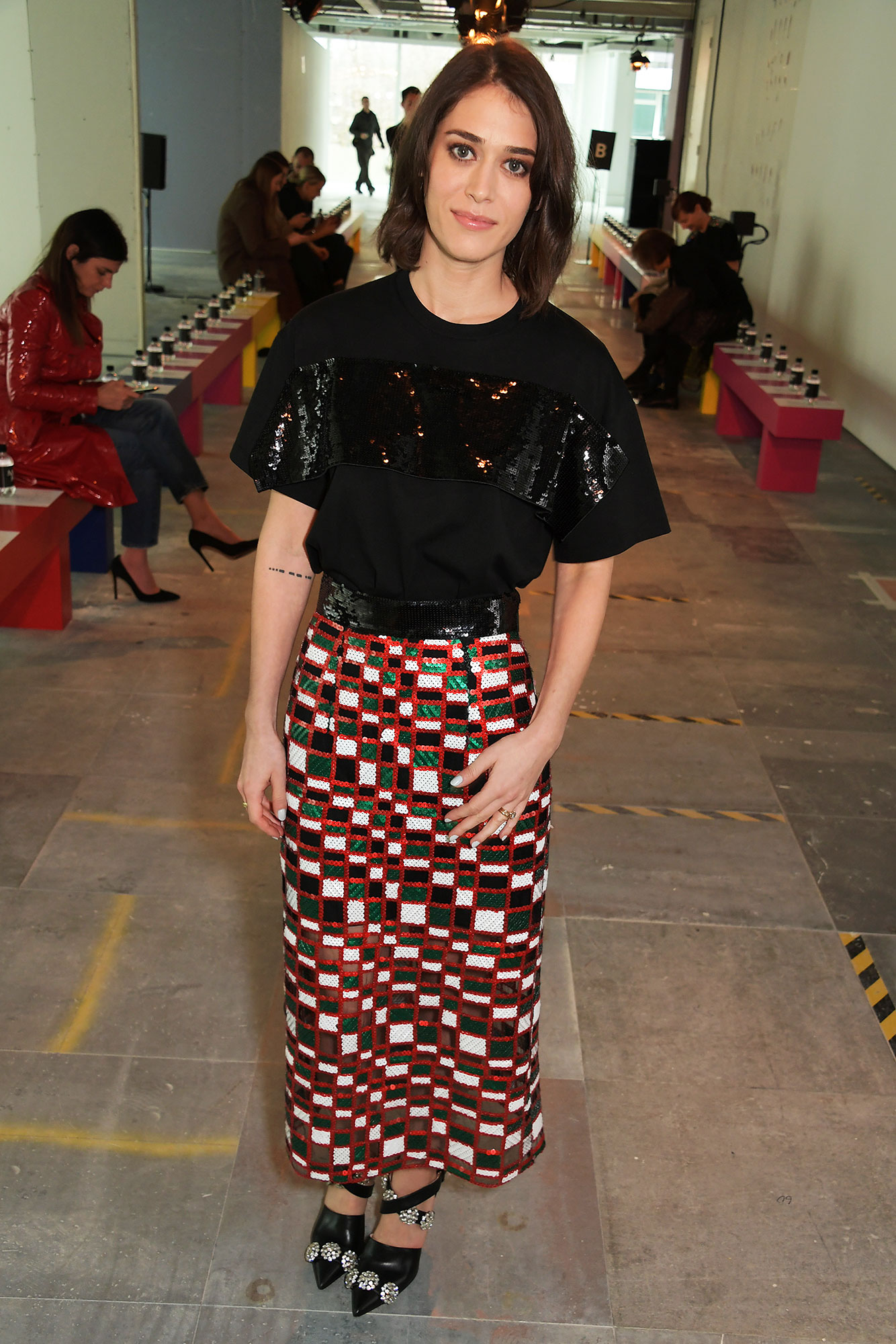 The Mean Girls actress looked sharp in a long checkered skirt and sequin black top at the Christopher Kane show on February 18. 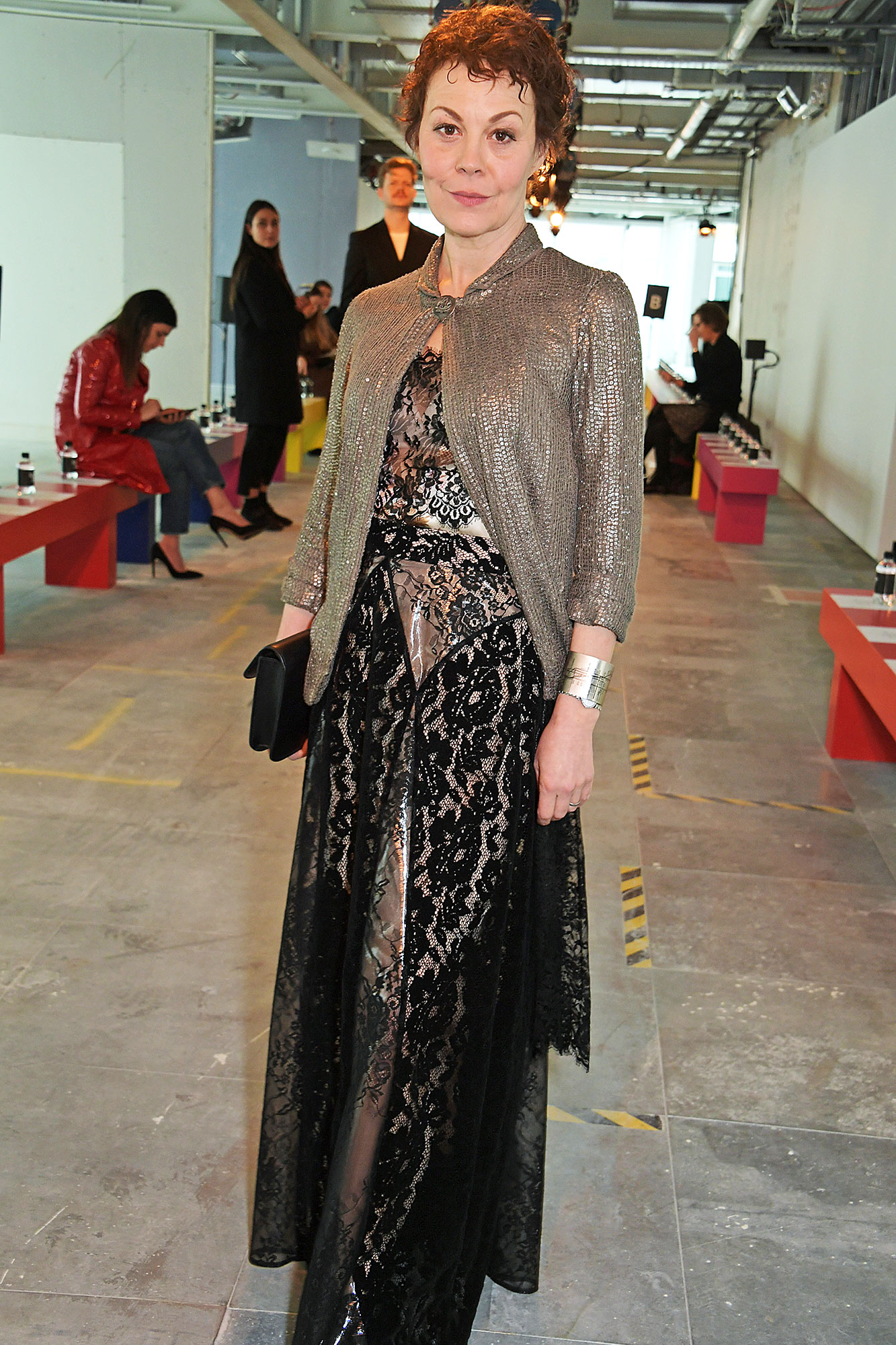 The Peaky Blinders actress attended the Christopher Kane show on February 18 in a black lace dress and shiny beige cardigan. 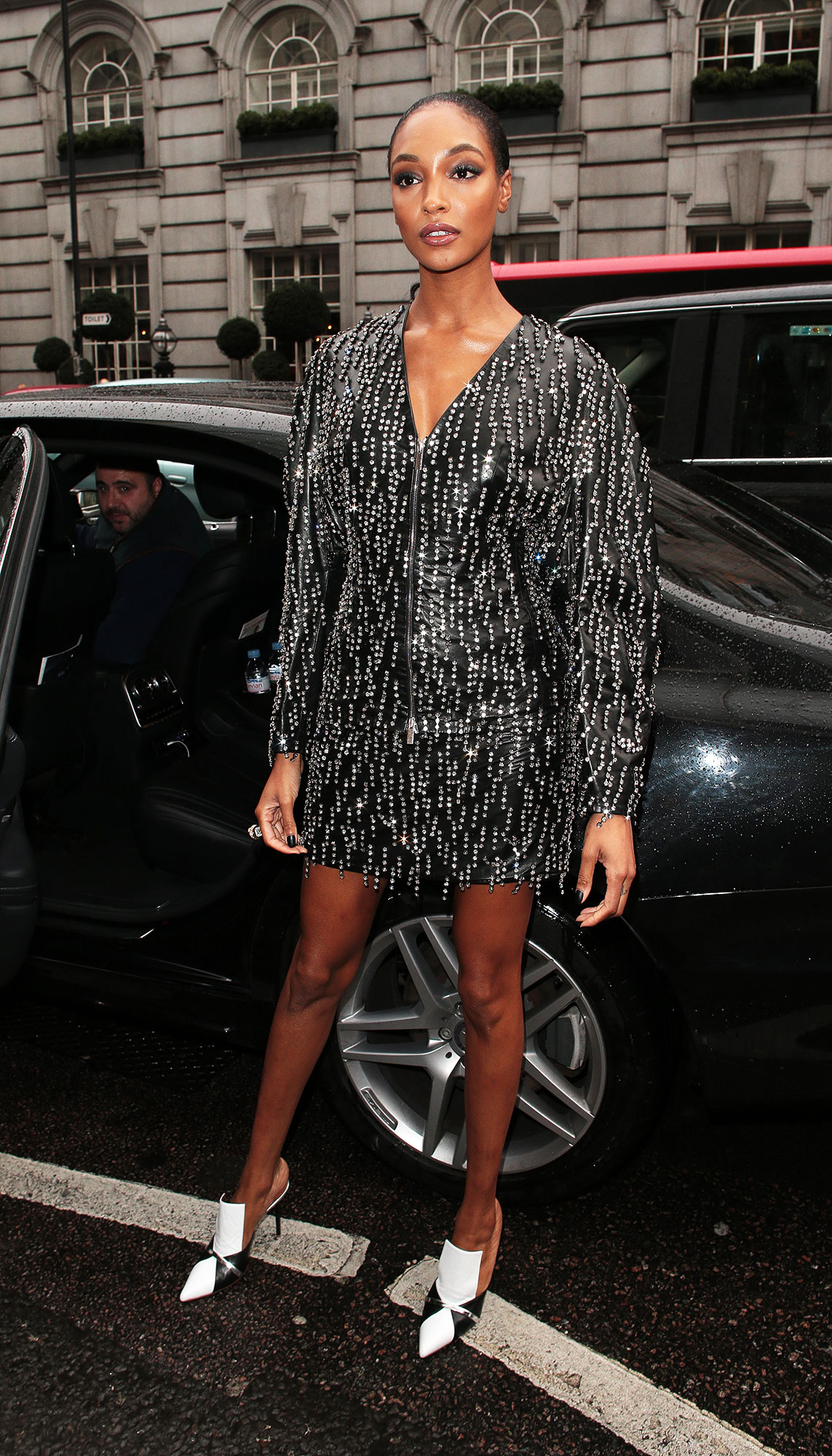 On her way to the Christopher Kane show on February 18, the model wore a super cool black minidress complete with chic heels. 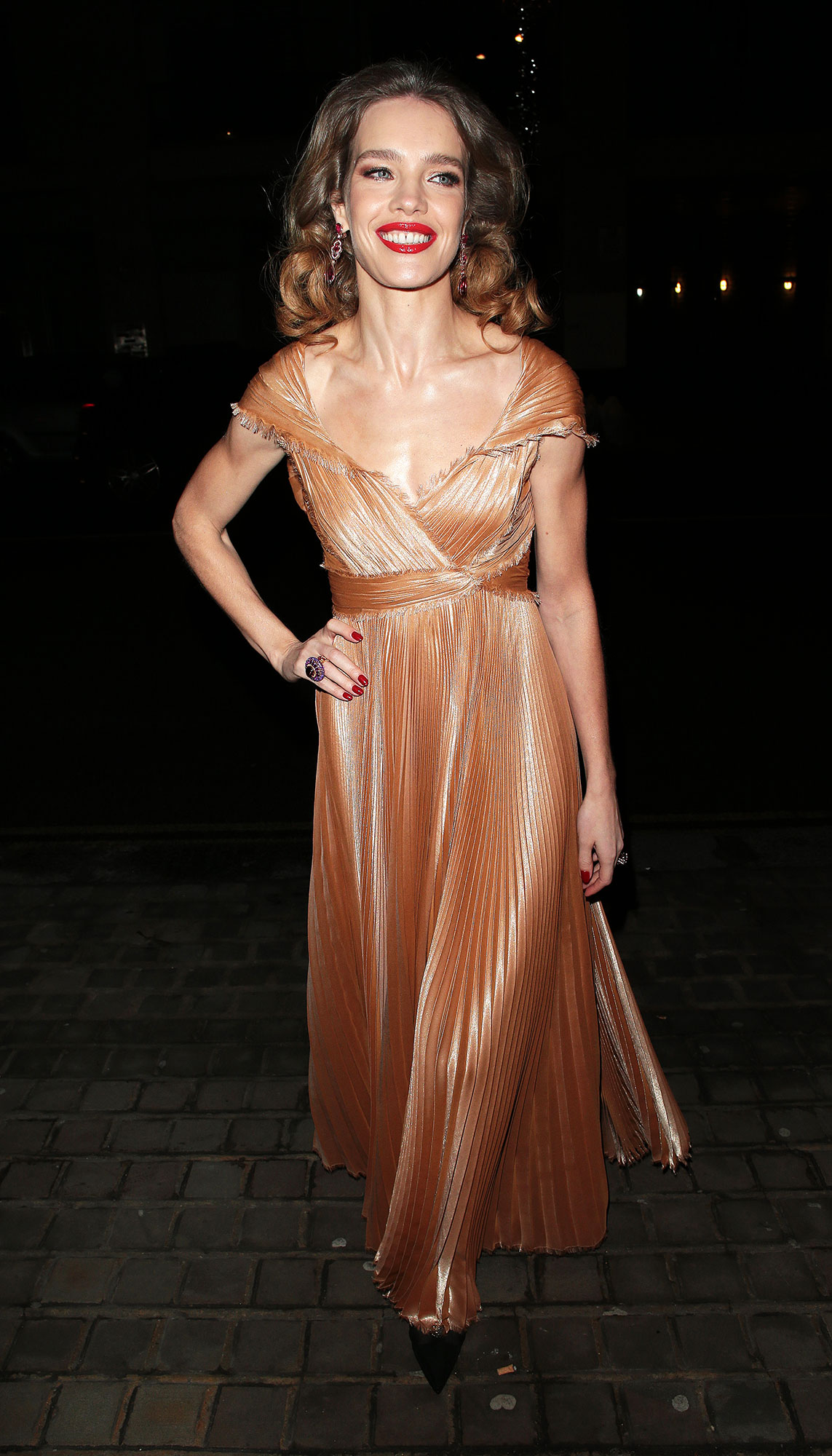 When attending the Fabulous Fun Fair at Roundhouse on February 18, the Russian supermodel stunned in a bright red lip and pleated dress.