Now Lives In an one-bedroom apartment in Van Nuys, Calif.

Claim to Fame Ms. Towley is known for her hypnotic and improvisational hip-hop dance moves that dart, jiggle and bounce with prima ballerina grace. Last November, she took center stage in the music video for “Lemon” by N.E.R.D and Rihanna. The clip starts with Rihanna shaving Ms. Towley’s head and then cedes the floor to Ms. Towley’s muscular dancing abilities (and fresh buzz cut) for nearly two and a half minutes.

So how are Rihanna’s barber skills? “I really did enjoy that big chop, so to speak,” she said. “I’m so active and it compliments me in every single way. Plus, I look more like my mother and I absolutely adore that.”

Big Break After graduating from the University of Minnesota in 2013, she jumped in a car and drove west to Los Angeles to become a dancer. Early gigs included the music video for “I Can’t Describe” by Jennifer Hudson, which was produced by Pharrell Williams.

Shortly after, Ms. Towley received an urgent call from her agent: She had two hours to race to an audition for Mr. Williams’s halftime performance at the N.B.A. All-Star Game. “I showed up and just danced for three hours,” she said. The next morning, she got the callback. “They were like, ‘Come as you are, dressed as you are, we want to see what your style is like,’” Ms. Towley said. “That is when I really dug in and my strengths came out.” 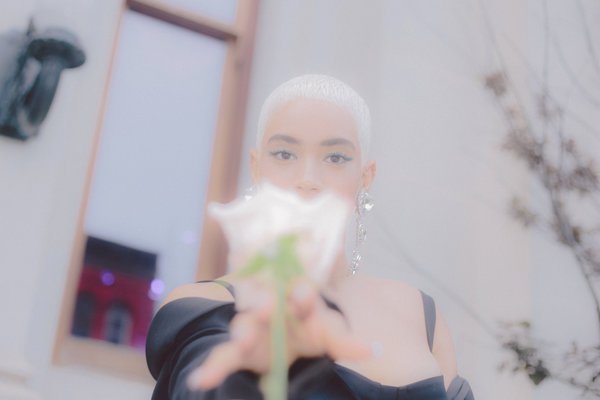 Latest Project Ms. Towley is a global brand ambassador for Revlon and recently appeared in a mascara video with David Hallberg, the principal dancer with the American Ballet Theater. “Inclusivity is the most important beauty trend,” she said. “Whatever I am expressing, the ultimate motive is to bring people together.”

Next Thing Ms. Towley wants to try her hand at acting, but she is aware that Hollywood requires a different set of physical requirements than dancing does. “As I investigate myself as an actor and enter that space, it will be interesting to see how much I’ll have to adapt myself to different roles again and again,” she said.

Groove Theory On Instagram, Ms. Towley goes by the handle @mettenarrative, a pun on her first name and postmodernist thought. “One of the reasons why I call myself ‘mette narrative’ is because I believe in the post-structuralist idea that there is a human truth and a human connection we all share that we have yet to realize,” she said. “When I perform, my goal is to get connected to what that is.”