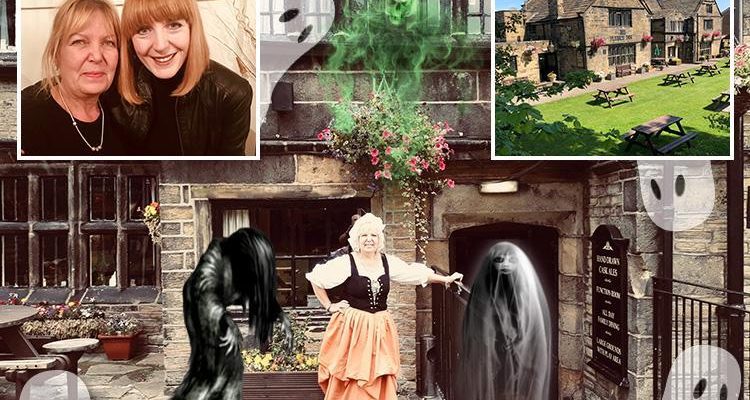 I shook my husband, but by the time he woke up it had vanished.

This was no night terror, however – just one of the 15 spirits I share my 400-year-old home with.

I first arrived at The Fleece Inn in early 1993, when I got a job there as manager and moved into the flat above the bar with my three children. I’d grown up locally and knew the pub had a reputation for being haunted, but I was sceptical.

But one morning, my son Michael, then 11, came to me crying that his toys had been moving in the night. That evening, I scattered flour across the floor of his bedroom, locked the door and let him sleep with me.

When I went in the next day, there were tracks all through the flour. I was chilled to the core, but I had a hunch I was only dealing with a mischievous ghost, not a malicious one.

Over the coming months, I saw wine glasses fly off the shelves, and often heard footsteps and voices.

Occasionally I could even feel someone breathing on the back of my neck, but when I turned there was no one there. In bed at night I always felt like I was being watched. However, we all got used to the goings-on, and I never felt the kids and I weren’t safe.

If I got scared, I’d sometimes chat to the ghosts, telling them I understood this was their home and I was just visiting. As mad as it sounds, it always seemed to do the trick.

In 1994, I left the inn for another job, but two years ago I got the chance to run it again – and jumped at it.

BTW: Did you know?

I’d heard of so many spooky occurrences there over the years, like scratching sounds coming from the walls and furniture being moved, I longed to experience it all again.

My husband Alan didn’t believe the place was haunted – until he saw the ghost of a child run across our living room. It was a little girl – mediums told us she was called Eleanor – who likes to play with the balloons left over when we have a party.

Alan was shocked, but like me he senses the spirits we’re living with aren’t malevolent. One of my favourite ghosts is Harold, who inhabits the function room. He’s a bit cantankerous, and I can feel him behind me when I’m leaving the room, rushing me out. Last year a visitor was in there and he grabbed the back of her neck! 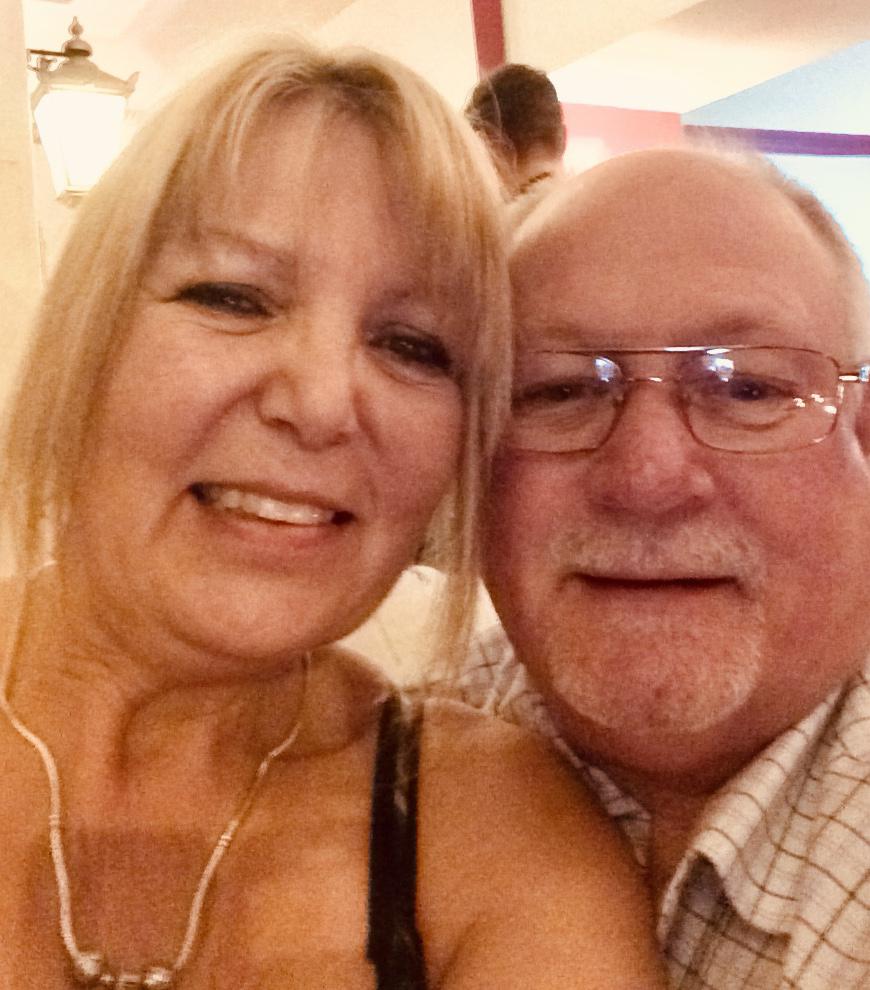 Mediums have also identified other ghosts, including a shepherd who lived there hundreds of years ago and once trashed our storeroom, a woman named Sarah who was impregnated and murdered by her father in the 17th century, and a young motorcyclist who died in an accident in the 1970s.

In December 2016 a team of ghost hunters visited with high-tech equipment. On a laptop, they mapped out the outline of a man and a child sitting at the bar, which gave me goosebumps.

And in April last year, a film crew from Really’s Most Haunted came and declared us the most haunted pub in the UK.

As I was being interviewed by presenter Yvette Fielding, a chair flew through the air and bounced off a table, landing just a few feet away from me. I was very shaken, as it was the first time I’d ever felt threatened.

I don’t know if the ghosts were unhappy about he filming or just showing off, but it’s never happened again.

Thankfully, our customers are blasé about any goings-on. Recently, some even came upstairs to watch when a chandelier was swinging for hours.

We also get tourists coming from miles away to spend an evening at the pub in the hope of witnessing something supernatural.

At the end of the night, when I’m lying in bed, I can often hear voices chattering away in the empty bar.

Some might find that terrifying, but it makes me proud to be the landlady of Britain’s most haunted pub.