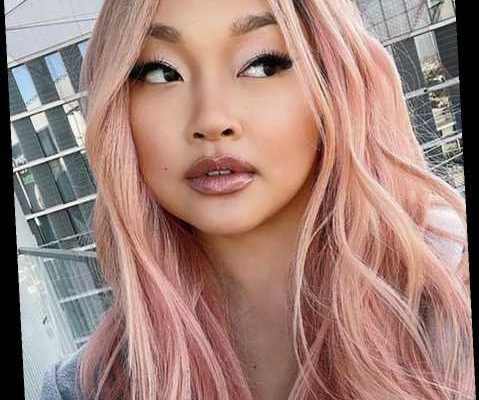 The To All the Boys: P.S. I Still Love You actress, 23, debuted her fresh Barbie pink mane on Instagram and told fans she'll keep the pastel hue for a while if they join forces to help her with one thing.

"Get 'Anyone Else But You' to 5 mil streams and I'll keep it…" said Condor, who referenced her new song with boyfriend Anthony De La Torre. The bubblegum color is courtesy of hairstylist Dimitris Giannetos whom Condor tagged in the selfie she shared on Instagram. Giannetos also posted a photo of the star's new hair on which Condor commented, "Obsessed!!!!"

Condor isn't the only celeb to experiment with the rosy hue lately. Tennis pro Naomi Osaka debuted her dramatic hair change on Thursday, and opted to go hot pink using a popular Naruto character as her inspiration. Osaka showed off the new neon shade (which she accompanied with graphic pink eyeliner) in an Instagram selfie that included a reference to a pink-haired Anime character in the caption.

"Sakura could never lol," she wrote alongside the photo.

Condor, who has been dating the musician since 2015, previously recorded their first duet, a breakup song, "Raining in London" in 2020.

"So two people who are madly in love are singing about breaking up," De La Torre told PEOPLE last year. "We're both actors so we just love a good story."

The music video for their latest collab dropped earlier this week.