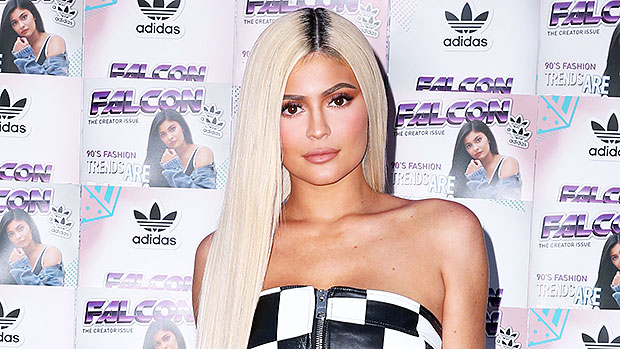 Kylie Jenner has a lot of bags… like A LOT. Her interior designer revealed that her closet contains ‘at least 400’ designer purses.

When you’re a near-billionaire, why not splurge on hundreds of designer handbags? That’s apparently the life Kylie Jenner leads because, according to her interior designer, she has a “purse closet” that is packed to the brim with “her collection of incredible bags” by high-end designers. So how many does she actually own? “There are at least 400 bags, mostly Hermés, lots of Birkin bags and then Louis Vuitton, lots of Chanel and some Dior and Fendi,” designer Martyn Lawrence-Bullard told People. “Lots of them are collectors items. She’s bought some as investments and they’re treated like works of art.”

The Kylie Cosmetics founder’s handbag closet, which she gave fans a tour of on her YouTube channel in Aug. 2018, is so big because it’s actually a converted bedroom that she didn’t need. Lawrence-Bullard believed this was the best approach to storing her designer collection.

But Kylie’s purse closet isn’t the only room in her home dedicated to style. “There is a huge closet for her regular everyday clothes. Then she has a workout closet which is strictly for workout clothes,” Lawrence-Bullard told the magazine, adding: “And she also has a fitting room, where the stylists come and bring collections for Kylie to try on and to create outfits.”

Kylie spends the most time in her custom-designed fitting room, though. “That room is where outfits are put together,” the designer said. “That particular dressing room is also used to store her most famous pieces of clothes. There are various Met Gala gowns. There is something special that [designer] Virgil Abloh made for her and incredible one-off pieces that she’s worn to very specific events.”

Then, to round it all off, there’s one more extra-special room for Kylie’s most sentimental items of clothing. “It is a humidity controlled beautiful VIP storage room where the most important of her clothes or couture gowns that are made specifically for her that are kept in museum-like conditions,” Lawrence-Bullard explained to People. “It’s an area of the closet that has been created into an archival closet.” Hey Kylie, is it cool if I move into one of your closets? LMK, thanks!!