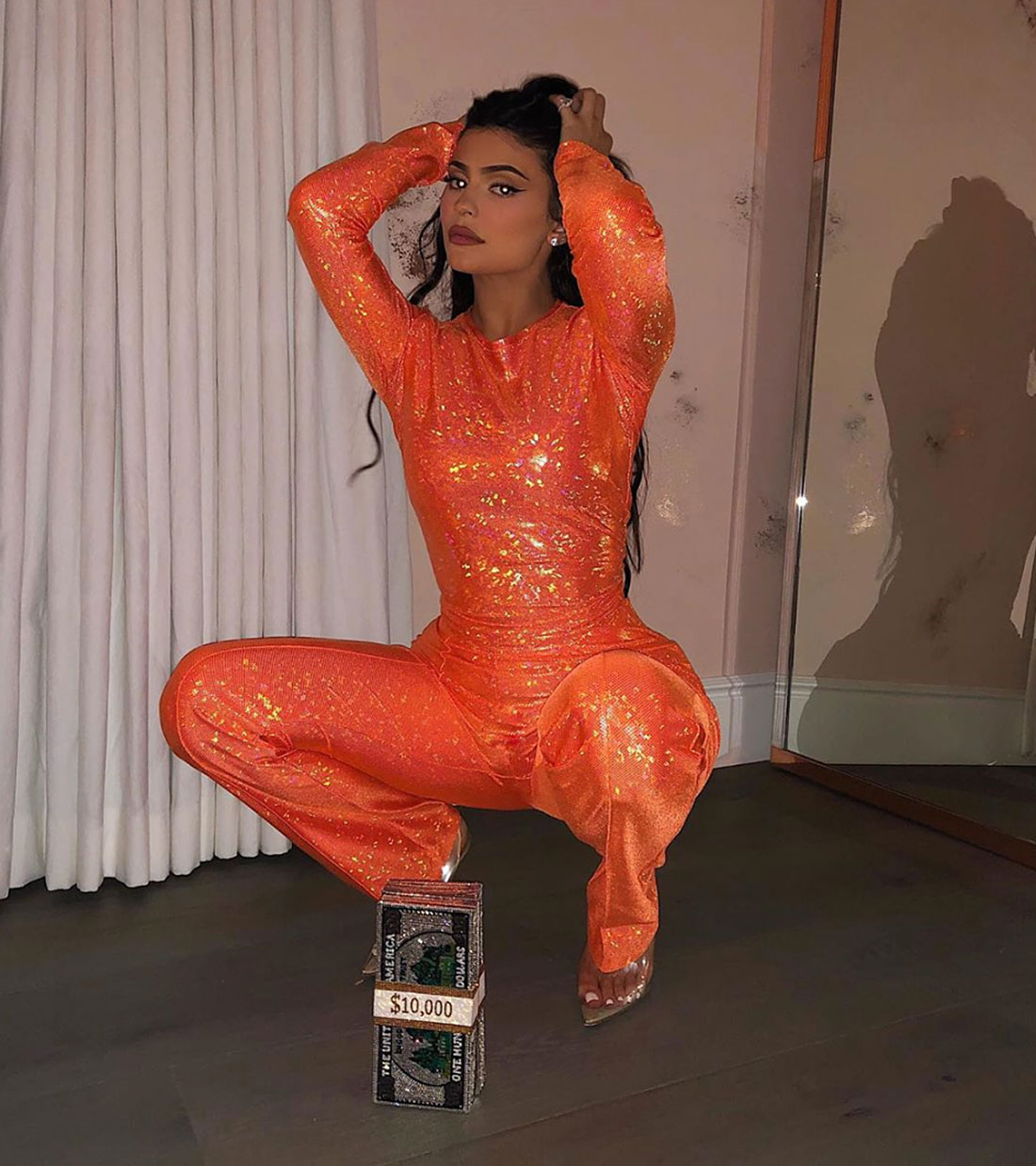 Kylie Jenner is serving up some serious post-breakup fashion. And, she just might break Instagram in the process!

In a post on Wednesday, October 2, the Keeping Up With the Kardashians star posed in a sparkly orange jumpsuit that’s equal part stylish and sexy.

“Hi October,” she wrote in the accompanying caption, clearly embracing this fall month’s playful color scheme, in the most Jenner way possible.

She paired the bold look with a clutch that looks like a stack of money ($10,000 to be exact) tied up and see-through pointy-toe heels. She kept her long locks down with a carefree wavy texture and her makeup was done in typical Kylie fashion — matte, sharp and basically flawless.

After two years together, the reality star and Travis Scott called it quits on Tuesday, October 1, Us Weekly confirmed. The pair has kept things respectable and cordial — in part, for the sake of their daughter, Stormi, who they plan to share custody of.

“It will be 50/50, but it’s not a point of contention,” a source told Us Weekly exclusively. “It’s really whatever is best for Stormi. Travis knows what an incredible mom Kylie is and will make whatever situation work.”

And some close to the couple are claiming that this isn’t a full-on split. “Kylie and Travis have been on and off at various times throughout their relationship,” a source explained to Us. “Kylie still loves Travis and this isn’t considered a full breakup to either of them.”

So whether she posted this as a revenge snap or was just feeling herself in her shimmering tangerine glory, you have to admit: the girl looks hot. And now that we’ve got the steamy fashion, one can only hope for a bold haircut — we just hope she skips the always regrettable breakup bangs.