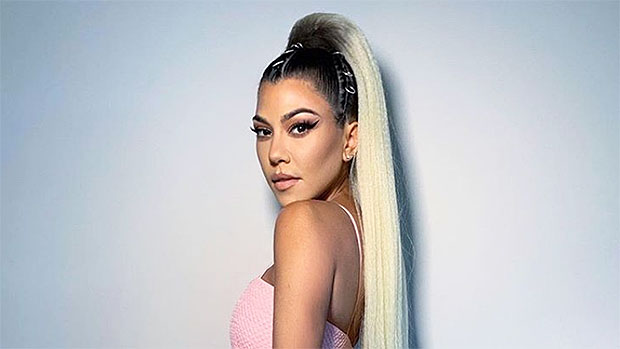 Is that you, Ariana Grande!? Kourtney Kardashian looked exactly like the singer when she dressed as her for Halloween. You won’t believe the side-by-side comparison!

Kourtney Kardashian always gets her Halloween look just right, and she did it once again this year! For one of her looks, Kourt dressed as none other than Ariana Grande, and it was SO spot-on. The 39-year-old copied Ari’s look from her appearance on The Tonight Show Starring Jimmy Fallon back on May 4, complete with a poofy pink dress, knee-high boots and blonde hair pulled back into a tight, high ponytail. Kourt posted a pic of her look on Instagram with the caption, “God is a woman,” which, of course, is the title of one of Ariana’s hit songs.

Meanwhile, Ariana made sure to give the costume her seal of approval — after Kourtney uploaded the photo, Ari commented on it with a string of heart emojis! The singer is close with the entire Kardashian family, and when she dropped her album over the summer, several of them took to Instagram to gush over some of the songs. Kourtney wore this look to take the kids trick-or-treating on Oct. 31, but it wasn’t her only look of the night!

Later on, she changed things up to attend Kendall Jenner’s 23rd birthday party. For that look, Kourtney teamed up with her pal, Steph Shepherd, to channel the Asian twins from the Austin Powers movie. Meanwhile, earlier this week, Kourtney, along with her sisters, Kendall, Kylie Jenner, Kim Kardashian and Khloe Kardashian, donned lingerie as Victoria’s Secret Angels. They were even given authentic VS wings like the Angels wear in real life!

“Thank you Victoria’s Secret for making me the first ever 5’1″ angel,” Kourtney jokingly captioned a photo of the costume. Dreams do come true, right!? All five sisters matched in white for their VS looks, and