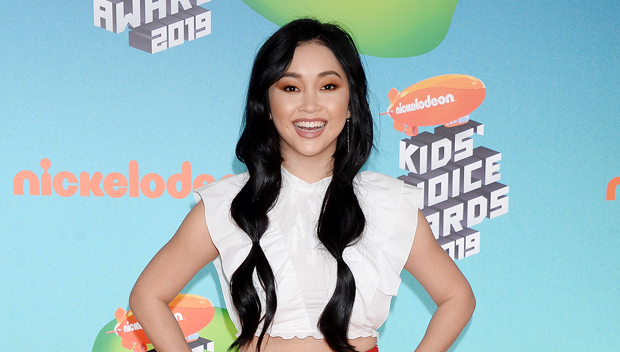 The 2019 Nickelodeon Kids’ Choice Awards have arrived. Before DJ Khaled gets the show on the road, the stars have to make a grand entrance on the signature KCAs orange carpet.

The 2019 Kids’ Choice Awards red carpet — okay, it’s actually an orange carpet — featured so many of our favorite stars. They showed off their fashionable looks for the night before heading inside for the big show. The Kids’ Choice Awards are the annual celebration of kids’ favorites across music, TV, movies, and social media from the past year. The awards show is always a blast from beginning to end.

One of the first celebrities to arrive at the 2019 KCAs was JoJo Siwa. The YouTube star and actress rocked a multi-colored jacket that was embroidered with stars. She paired her awesome jacket with purple pants and a bright orange bow. Actress and singer Asia Monet also arrived earlier in a gorgeous lime green dress.

The slime-filled awards show will be hosted by DJ Khaled and features a performance by Migos. The KCAs will also include appearances by Chris Pratt, Jason Sudeikis, Noah Centineo, Lana Condor, Anna Cathcart, Joey King, Liza Koshy, Will Smith, Kiernan Shipka, and so many more.

HollywoodLife EXCLUSIVELY revealed that the 2019 Kids’ Choice Awards orange carpet live stream hosts would social media superstars Annie LeBlanc, 14, and Jayden Bartels, 14. We also told you first that the live stream would include a performance of “Low Key” by Ally Brooke, 25, and a special appearance by pet celebrity Doug the Pug.