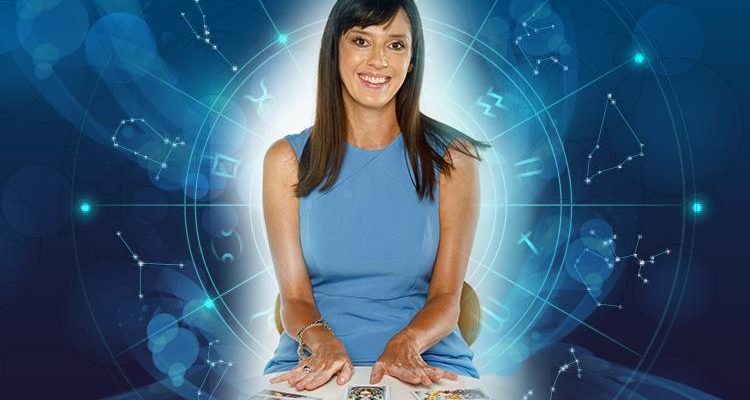 Kerry has been practising tarot readings for the last 20 years, starting from reading for friends to amassing an international client list. 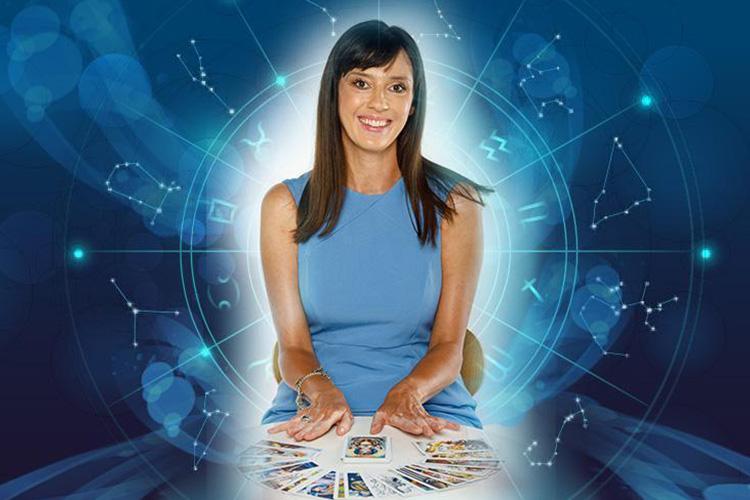 Using her strong intuition and deep knowledge and understanding of the horoscope, she is able to provide accurate and encouraging predictions for the coming days.

Aries (The High Priestess, Four of Swords, The Empress) 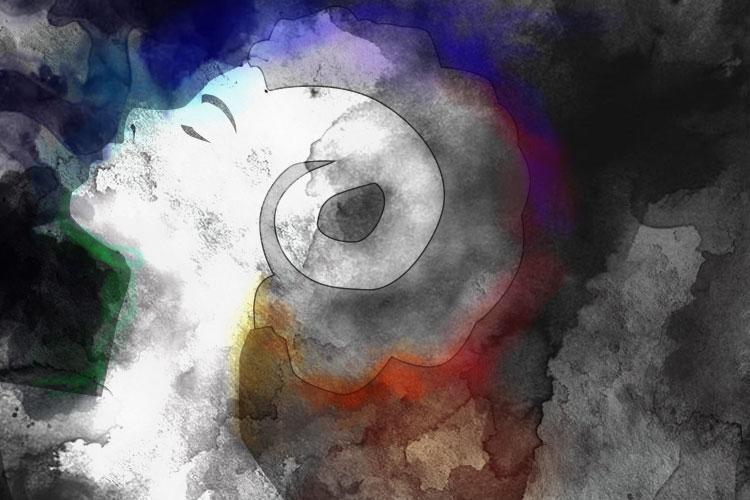 Feminine energies surround you this week, Aries, with The Empress and The High Priestess.

It’s a time to close the curtains and make yourself cosy and comfortable for you’re about to embark on an inward, spiritual journey…


The Four of Swords is like a “sick note” from the Universe, it’s time to take a break from the action and withdraw from the world (not for long, don’t worry).

The High Priestess is about seeking and drawing forth inner knowledge, secrets, things we feel but maybe don’t actually know.

When your mind is rested, or distracted, from everyday hustling it will reveal these insights to you.

They may come as hunches, flashes of inspiration or even dreams… pay attention to everything!

The Empress reveals that this is related to your closest relationships and how you treat and value your own worth versus others.

Perhaps you deserve more/better. All will be revealed…

Taurus (Ace of Swords, The Hermit, Five of Wands) 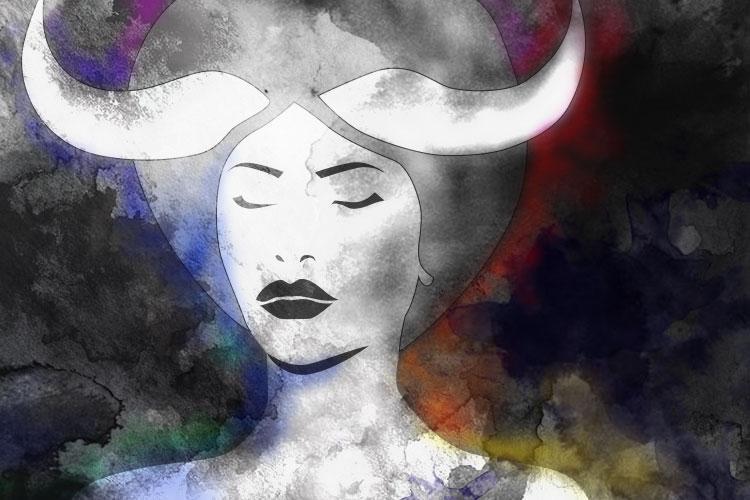 There’s a situation you’re tangled up in, as shown by the Five of Wands, which is difficult and combative.

Everyone is at odds, and even your stoic nature is getting rattled by all the noise and heat.


The Hermit and the Ace of Swords show it is time to step up and say how you feel.

Deep down, you know you need to and you also know what it is you need to get off your chest.

Take this seriously. Think it through. Even rehearse it!

And also appreciate that this won’t be a one-way street, it will trigger a dialogue which may reveal home truths you weren’t expecting.

Take them with good grace and mull them over in your own time.

Don’t react there and then.

This is the first step of wading your way OUT of this situation, not getting deeper in.
Formulate your response, take a deep breath and say it.

Gemini (Two of Cups, Four of Coins, King of Coins) 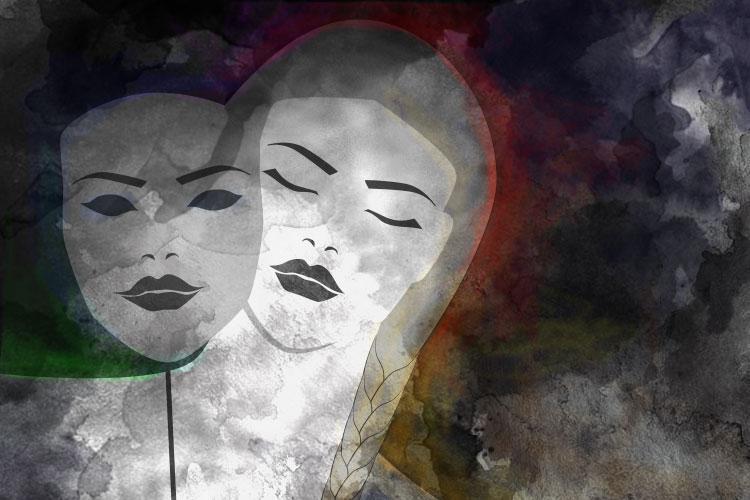 You know what, Gemini, you’re not half as callous or cold as people like to joke.

Beneath that Airy exterior beats a sensitive heart, and your close relationships matter enormously to you.

The Two of Cups indicates this is the ideal week to put some effort in, with those you love, and reap magical rewards for it.

We all need to do maintenance on our relationships, to keep them in good working order and make sure people know what they mean to us.

The Four of Coins asks you to give a little, treat someone, compliment them, offer support which was unasked for.

And the King of Coins proves you can be a rock for others when you make those efforts.
You’ll be surprised at how well received even the little things you do will be. Spread the love.

Cancer (The Devil, Seven of Cups, Page of Coins) 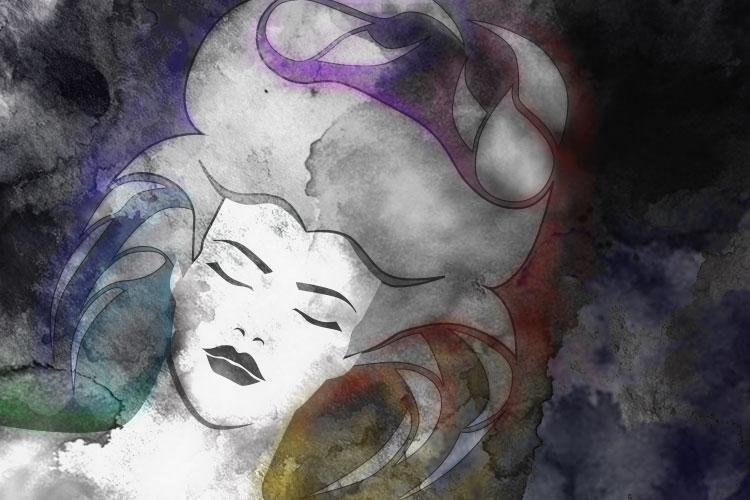 You have a tendency to dwell on things, privately, persistently… even dangerously. Stop!

The Devil is with you this week to lend you the resilience to break this habit and focus your powerful imagination on something positive and actually doable.

The Seven of Cups reflects this habit of over-imagining and ruminating on things which have long passed, or you can’t control.

It’s pointless, and it makes you sad. Instead, the Page of Coins holds out his hand to you.

He wants to show you a brighter future and prove to you that efforts made now will pay back later down the line.

Turn your thoughts and focus to the small steps you could make this week which would add up to a bigger leap later.

Stop staring at the past, and turn your gaze to the future.

Leo (The Moon, Ten of Swords, King of Cups) 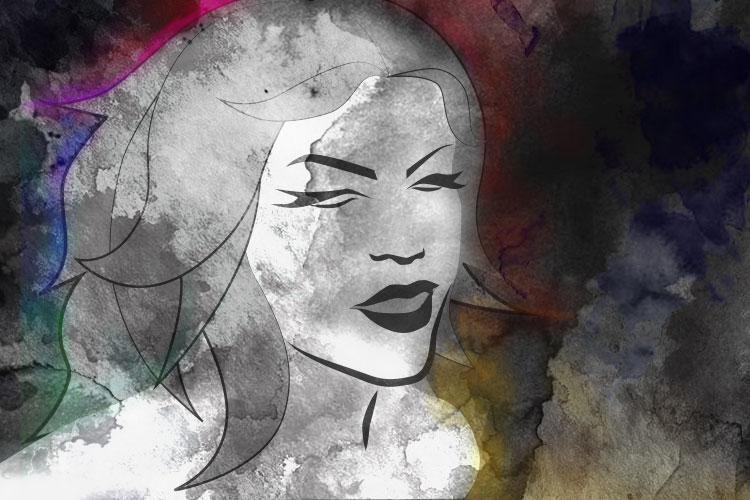 The Moon is with you this week, along with the King of Cups, so you’re going to be feeling unsettled and emotional.

Yikes, better warn your nearest and dearest…
It’s all because there’s an ending to be faced into, as shown by the tough Ten of Swords.

Something which has become difficult and draining needs to be stopped, right now.

There’s no point dragging it on, or hoping for change, because it will only get worse and maybe take you down with it if you linger too long. So, cut your losses.

You know you need to, but that doesn’t make it any easier does it. The Universe may, in a weird way, actually help you this week by revealing something you didn’t know about the sitch, and this proves to be The Final Straw.

The camel’s back is finally broken, and you’re hotfooting it out the door! Good.

Virgo (Knight of Coins, Two of Cups, Eight of Wands) 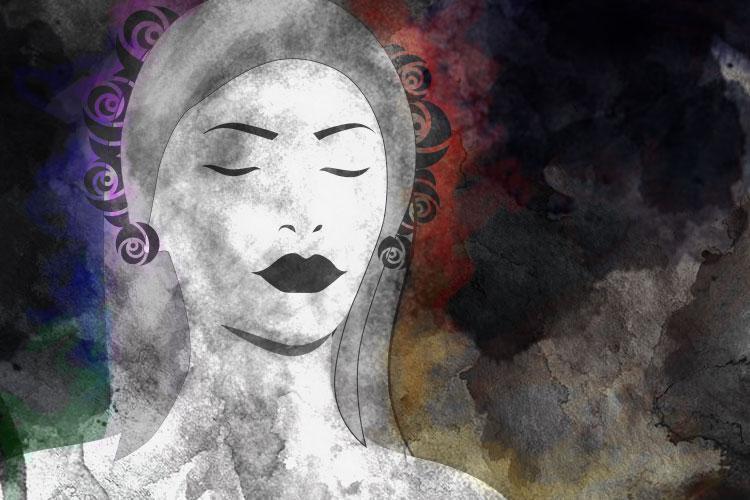 Good news and opportunity flies into your life, out of nowhere, as shown by the bright and breezy Eight of Wands.

And the biggest, positive impact it makes is upon your closest relationship.

It may be a material, financial or contractual piece of news, as hinted by the Knight of Coins, which gives you the boost you both needed. Plans can now be made, holidays booked, adventures created… you have the resources to do what you both yearn to.

Importantly, together. The Two of Cups shows a happy time lies ahead.

Together, you can be and do more than either could alone and, because you share a common passion, you can pool your resources to make it a reality.

Join forces with your closest person this week, and enjoy planning something exciting. You can make a dream come true.

Libra (King of Swords, The Fool, Page of Coins) 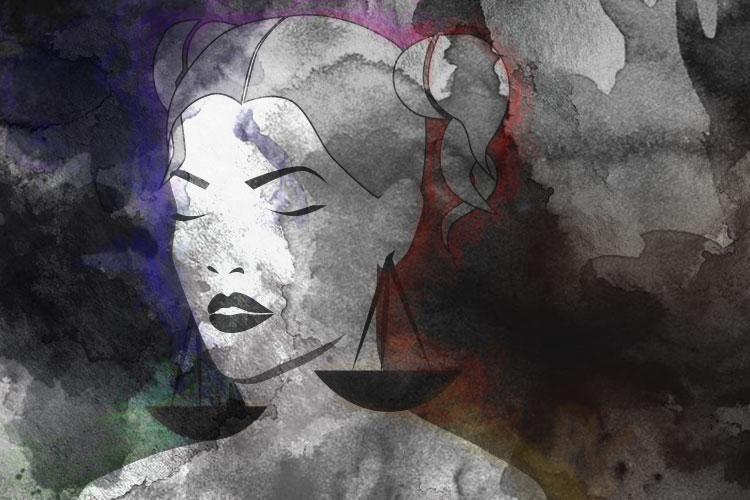 You’re in the mood to start anew, to open a fresh chapter and embark on an adventure!

The King of Swords shows this is something you’ve planned and can envisage being a permanent fixture in your life.

It stimulates you intellectually, and may even have a financial or career benefit.

This is reinforced by the studious Page of Coins.

His eyes are always on the prize and everything he does is calculated to pay back later down the line.

It’s a marathon, not a sprint he’d say. I’ve maybe made this endeavour sound a tad dull or worthy… don’t worry, it’s not!

The Fool bounces in to reassure you that it’s fun, motivating and even a bit wacky or silly.

You feel very enthusiastic and optimistic about it, and you’re right to.

This is something you are in the right place at the right time to make a start on. Get going. 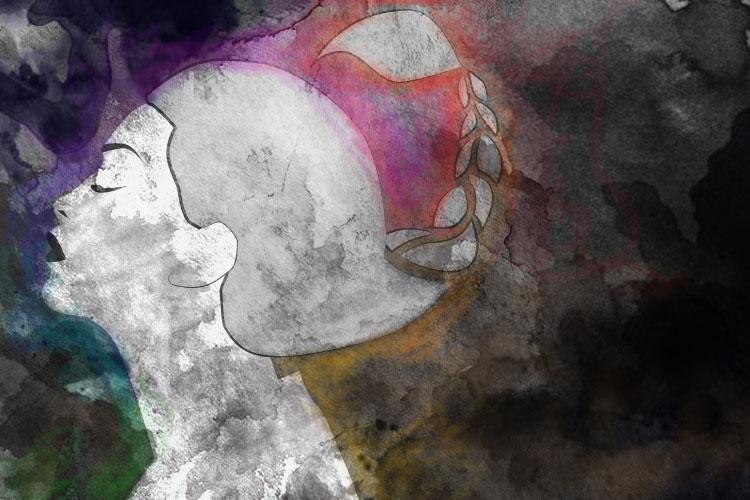 All change, Scorpio. Are you ready? Well, of course you are. You were born ready!
The Hanged Man and Death combine to reveal that a situation you’ve LONG felt frustrated by is finally going to resolve and progress this week.

And probably in quite an unexpected way.

When things move, they REALLY move and this ripples across your life, transforming and reshaping everything. Wow! It’s all good, though, so don’t worry.

The Two of Coins predicts that all this shifting of life’s sands will have the result of you being VERY busy, running about like a blue-bottomed fly.

Your emotions and mindset will need a bit of time to catch up with the rapidly-evolving events, so make sure you get some RnR, away from the bustle.
This time next week, everything will have moved on.

Sagittarius (Eight of Coins, Seven of Coins, Queen of Swords) 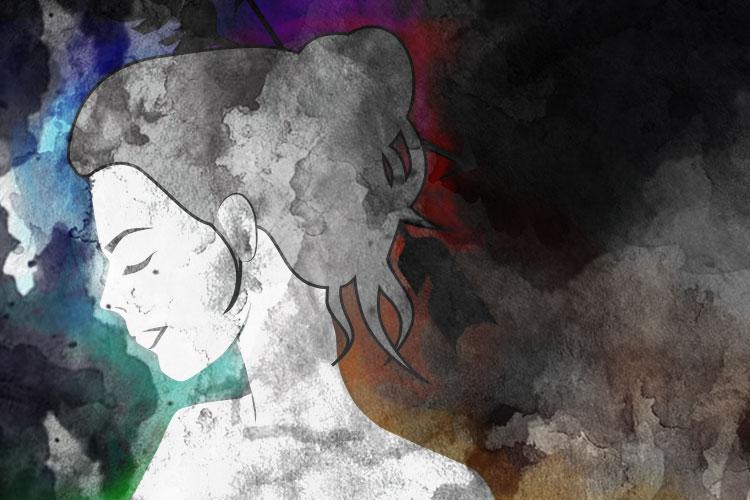 You feel, this week, like the onus is really on you to make stuff happen.

You sense you’re at a cross roads (you are- the Seven of Coins is here), from which you could take a really leftfield path and surprise everyone!

Don’t decide TOO quickly, take a while to reflect on what you and you alone most want to do. Somehow, education is involved.

The Eight of Coins hints that some further training or learning or mentoring would provide just the leg-up you seek.

It’s never too late to start over, too, you know.

We can all transform and take on new roles, and education is often the enabler.

Consider this…
The Queen of Swords asks you to be brutally honest and direct with yourself.

Where do you think you’re truly at now? And where do you really want to go? Is education, in some way, the key to your future role?

Now is the time to do something about this, if so.

Capricorn (Four of Cups, The Star, Four of Wands) 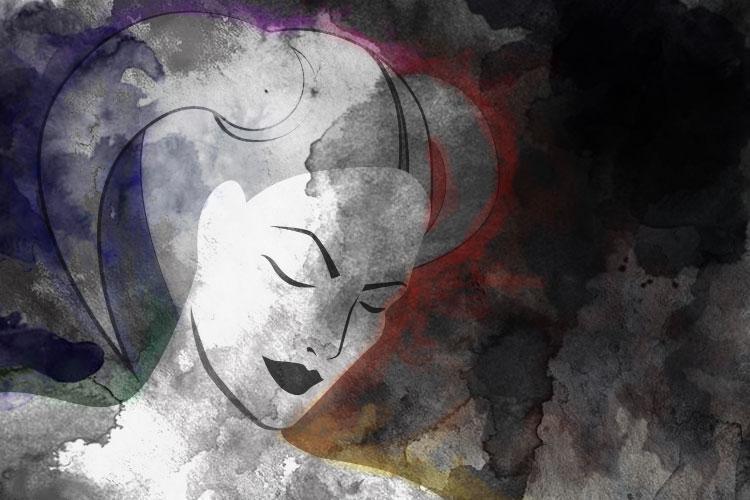 Stay on the bus, Capricorn, because the scenery is about to change!

The Four of Cups hints at a phase of malaise recently, it’s gone a bit “meh” and you might be tempted to throw it all away and lurch into something more exciting… Don’t!
Your hard work and efforts are about to be rewarded and your situation will improve, as shown by the Four of Wands.

Better still, The Star floats in to sprinkle a layer of fairy dust over all your activities and dreams.

You are capable of achieving your goals, and a little bit extra effort will take you a long way this week.

Your progress has been noted and you’re about to get lucky.
So, trust that the scenery is changing and, with it, a new landscape filled with inspiring opportunities is coming around the corner, be ready to make the most of it all.

Aquarius (The Moon, Three of Coins, Four of Wands) 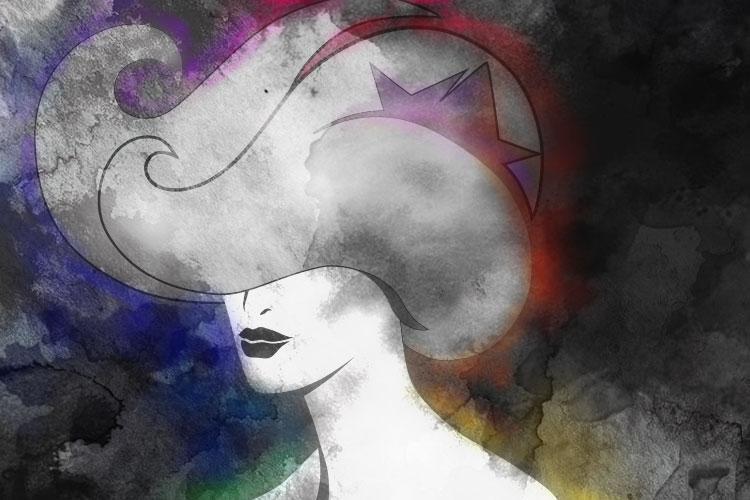 You’ve been worrying about the future, privately, and dreaming up some scary worst-case scenarios in your powerful imagination.

The Moon suggests this has been troubling your sleep and restfulness.

And the Universe thinks you should refocus your mind into dreaming up more positive scenarios and, importantly, plans and strategies for you to manifest in real life.

If you can dream it, you can do it, Aquarius!
The Three of Coins hints that an opportunity with long-term reward will crop up, when you start thinking more positively.

And the Four of Wands shows you’re ready to work hard to make it a reality.

Your efforts will be noticed and rewarded.

So, stop dreading what’s next and take the reins to make “what next” a wonderful chapter to look forward to. It’s in your hands. 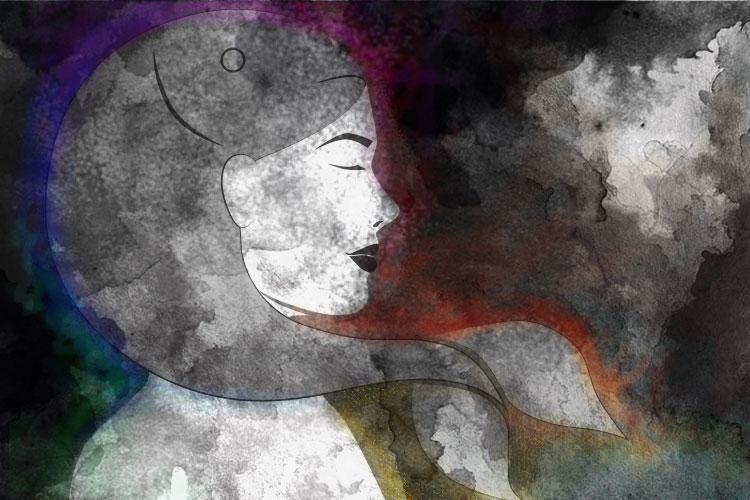 An important relationship can be improved, if not rejuvenated altogether, IF you can close the door on what has gone wrong in the past, atone and accept it, and move on.
The Seven of Swords shows you have been treated poorly at times, and you’ve nursed this hurt till it has become overwhelming.

But Judgment suggests that, this week, you do have the chance to move on.

Honest dialogue, objective assessments and an open understanding of what’s happened, the role you’ve both played, and if there is still common ground and compassion… or not.

Either way, it’s got to come to a head and, once you’ve faced into this, you’re free to either rebuild and enjoy what you had, or to move on and find better elsewhere.

This limbo has come to an end.

Kerry King uses tarot and star sign wisdom to create inspiring forecasts and insights, with over 20 years fortune telling experience, and many happy clients all over the world.

You can book a personal, written reading, which comes as a beautifully illustrated brochure, at www.kerrykingtarot.etsy.com.