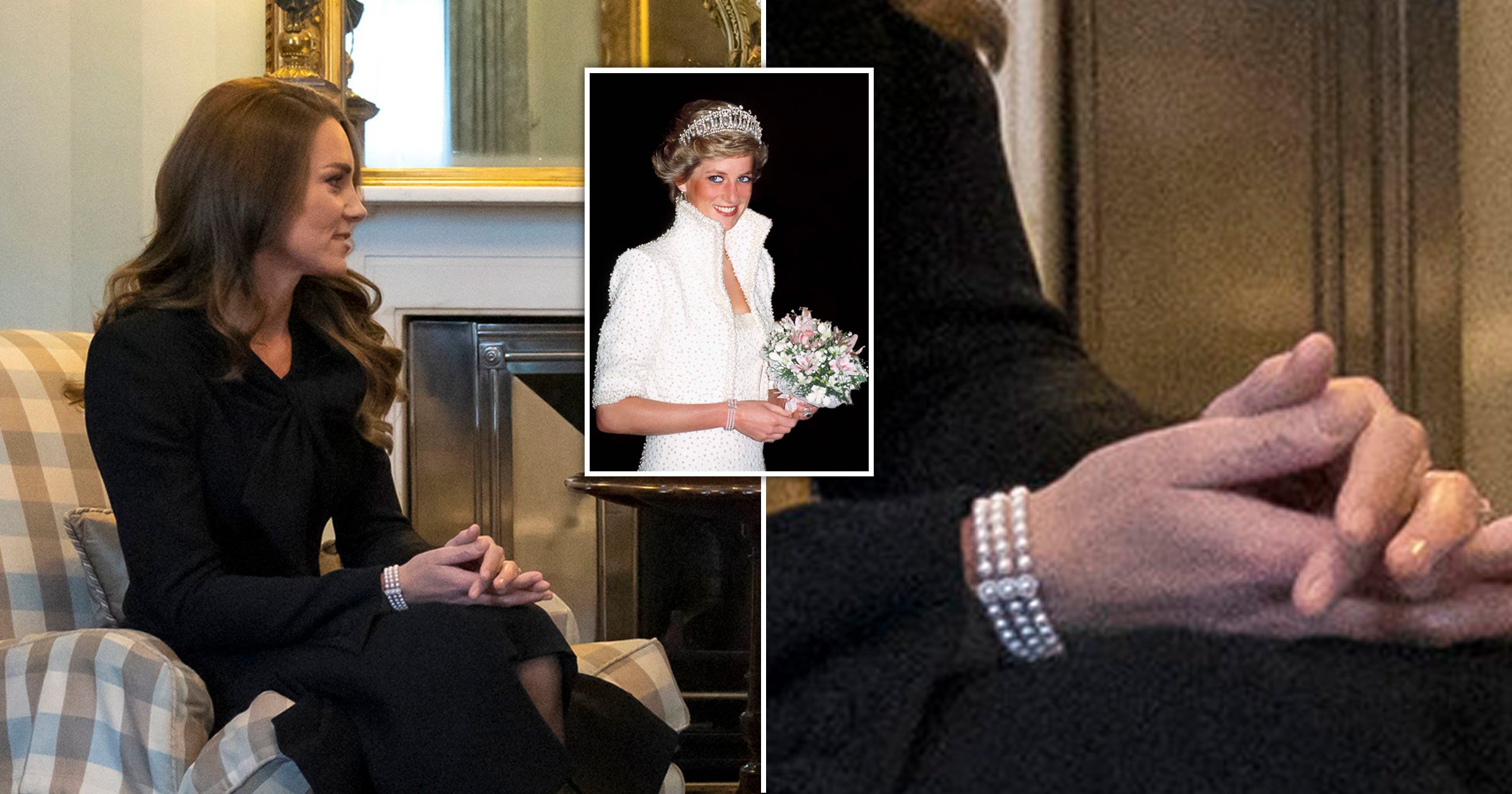 Kate, the Princess of Wales, appeared to pay tribute to her late mother-in-law, Princess Diana, while meeting Olena Zelenska at Buckingham Palace.

Paired with a simple black dress, Kate wore a three-strand pearl bracelet – in keeping with the traditional jewellery choice Royals wear during a period of mourning.

But as well as honouring the Queen in terms of stone, the bracelet in fact was also a nod to the late Princess Diana, as it belonged to her.

The bracelet was passed on to Prince William after Diana’s death, and he gifted this to Kate.

It’s the work of designer Nigel Milne, who created the delicate three-strand for Charles’ then-wife.

Princess Diana went on to wear the bracelet when she toured Hong Kong with William and Harry’s father.

Kate has been wearing the pearl bracelet multiple times over the past few days, most recently at a lunch held for governors-general of the Commonwealth nations at Buckingham Palace.

This isn’t the only time Kate has paid tribute to members of the Royal Family through jewellery choices in the last few days.

She wore the Queen’s own diamond and pearl leaf brooch for the procession of Elizabeth II’s coffin, along with Princess Diana’s pearl earrings.

Joining Prince William in Sandringham, she donned a pair of pearl earrings belonging to the Queen, and for the coffin farewell Kate appeared to be wearing a hand-me-down pearl necklace also from Elizabeth.