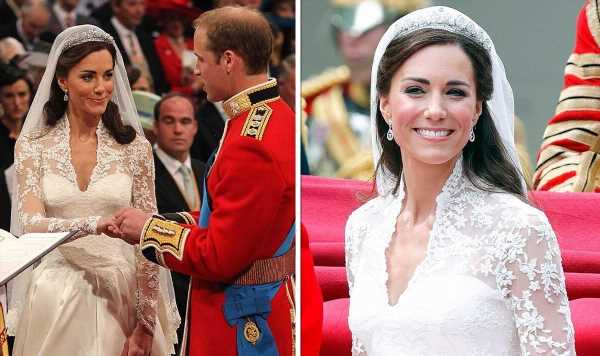 This Morning: Stylist shows how to create 'Kate Middleton look'

One tradition members of the Royal Family must follow when getting married is that the wedding rings must be made of Welsh gold, mined from the Clogau mine in Dolgellau, North Wales. The Duchess and Duke of Cambridge swapped gold bands on their big day, but which tradition did they not follow?

Kate’s long, brown locks were styled in a half-up, half-down do, and she donned a tiara which kept her veil in place.

At first glance, Kate’s hairstyle doesn’t look unique or out of place – but her choice to leave half of it down, instead of all up in a bun or in another style, went against royal protocol. 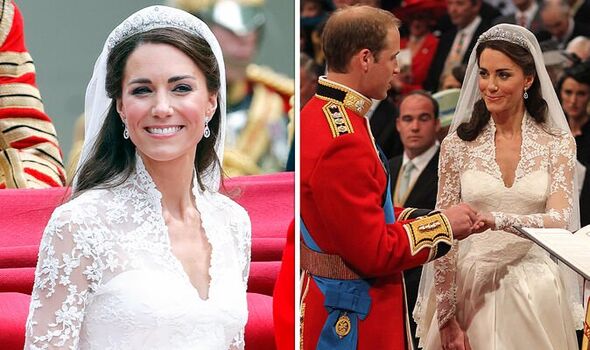 By wearing her hair mostly down, Kate broke a 350-year royal tradition.

According to royal expert and commentator Ashley Pearson, Kate’s aides wanted the Duchess to style her hair in an updo, but Kate went against the advice.

In a 2017 documentary entitled William and Kate: The Journey, Ashley explained: “Royal sources tell me that the royals indicated very strongly to Kate that they would prefer her to wear her hair up for this very special occasion.

“However, Kate had her heart set on wearing her hair down with long flowing curls, which is her favourite way to wear it, and actually William’s favourite as well.

“They ended up compromising on her look.”

This is how Kate ended up with a half-up, half-down do, which was meant to keep everyone happy.

But for the wedding reception, the Duchess got her own way and was allowed to let her hair completely down in loose curls.

She wore a strapless satin gown with a diamond belt, completing the look with a cropped fluffy cardigan.

This was a more relaxed outfit compared to her wedding dress, but her make-up look was the same: thick, coloured-in eyebrows, eyeshadow, lashings of black mascara, and a little blusher.

Kate went against royal protocol because, according to royal tradition, female members of the Royal Family who have long hair are advised to pin their hair up on their wedding day.

However, those with short hair have been allowed to let their hair down – from the likes of the Queen to Princess Diana.

Princess Margaret, on the other hand, had her hair pinned up for her big day.

Thanks to Kate, who set the precedent, other royal brides with long hair have been allowed to do whatever they want with it.

Princess Beatrice, who married Edoardo Mapelli Mozzi in 2020, did so with her hair in a half-up, half-down style.

Her fringe was also styled in a side parting like Kate’s, held in place by the Queen Mary diamond fringe tiara, which was also worn by Queen Elizabeth II on her wedding day.

As for her dress, Beatrice opted for an ivory, vintage gown by Norman Hartnell.