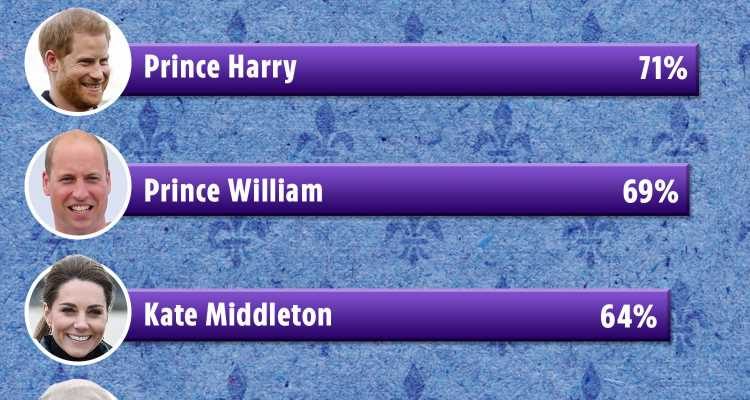 THE results are in for the most popular members of the royal family – and it's bad news for basically everyone apart from Kate Middleton and the Queen.

Research carried out by YouGov has found that not only has the Duchess of Cambridge beat Meghan in the popularity stakes, but Her Maj has overtaken Prince Harry as the most popular royal. 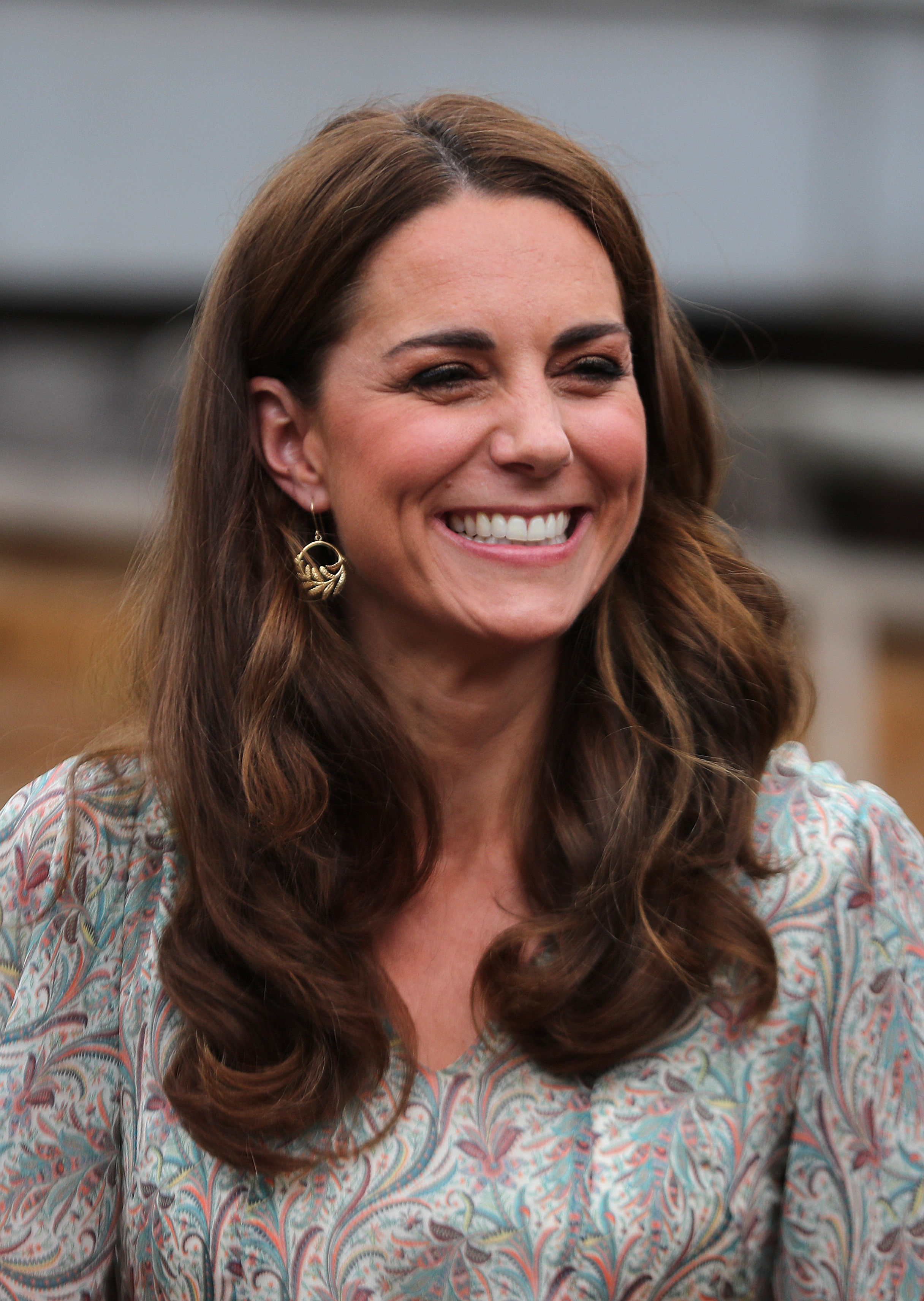 Queen Elizabeth has taken the top spot, with a 72 per cent positive opinion in the poll, with Prince Harry following closely behind with 71 per cent.

In the previous year's poll, Harry ranked first with 77 per cent, meaning the Duke of Sussex's popularity appears to have decreased since October last year.

Despite this, only nine per cent of participants had a negative opinion of Harry, with 17 per cent having "neutral" feelings towards the new dad.

He did pip brother Prince William to the post, however, with Wills receiving a 69 per cent positive reaction.

However, the second-in-line to the throne's popularity has also decreased by four per cent since the last poll.

The Duchess of Sussex, Meghan Markle was ranked sixth place and appears to have divided the nation with a 49 per cent positive opinion.

The 38-year-old was ranked below Prince Philip who achieved 54 per cent in the popularity stakes.

Last year, Meghan came sixth with 55 per cent of participants giving the new royal a thumbs up, meaning the Duchess' popularity also appears to have dropped.

Kate meanwhile, was the only member of the fab four whose popularity has remained the same, with 64 per cent offering a positive reaction to the mum-of-three.

Prince Charles followed closely behind his daughter-in-law Meghan, with 48 per cent while Camilla was ranked 11th with 29 per cent of those interviewed having a positive reaction to the Duchess of Cornwall.

Princess Beatrice and father Prince Andrew were ranked last, with a positive opinion of 24 per cent and 21 per cent respectively.

Which member of the royal family is your favourite? 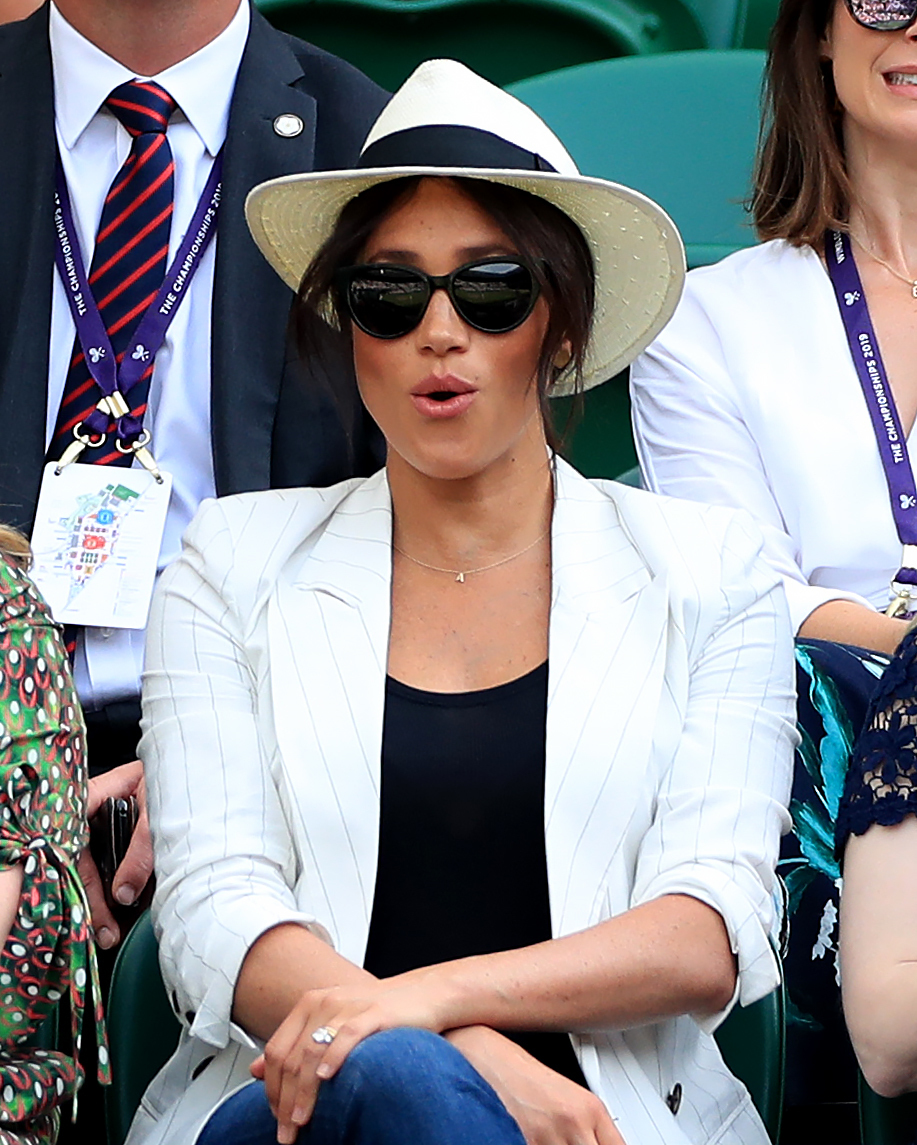 In other royal news, we told you how Denise Welch defended Meghan Markle and told ‘nasty’ Nigel Farage and Piers Morgan to ‘back off’.

And we showed you how the Queen ‘gets irritated when people are intimidated and avoid her at parties’, royal expert claims.

The countries which WON'T quarantine you when visiting
Lifestyle News