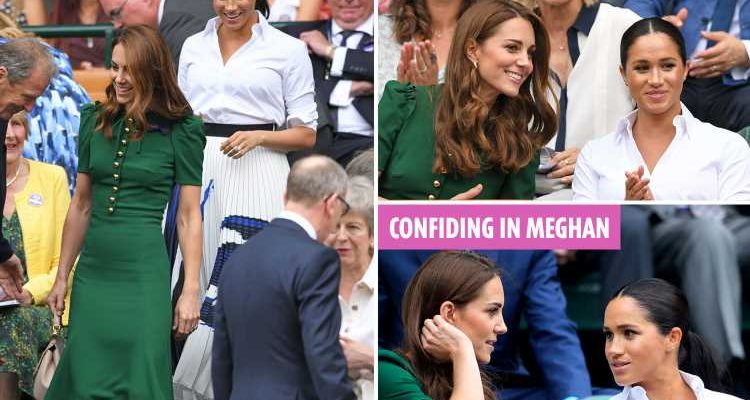 RUMOURS of a rift between the Sussexes and the Cambridges have been swirling since last year, but Kate and Meghan appeared to put those to bed at Wimbledon today.

The two duchesses put on a united front as they took their seats next to one another in the Royal Box joined by Kate’s sister Pippa Middleton to watch Serena Williams lose to Simona Halep in the Ladies Final. 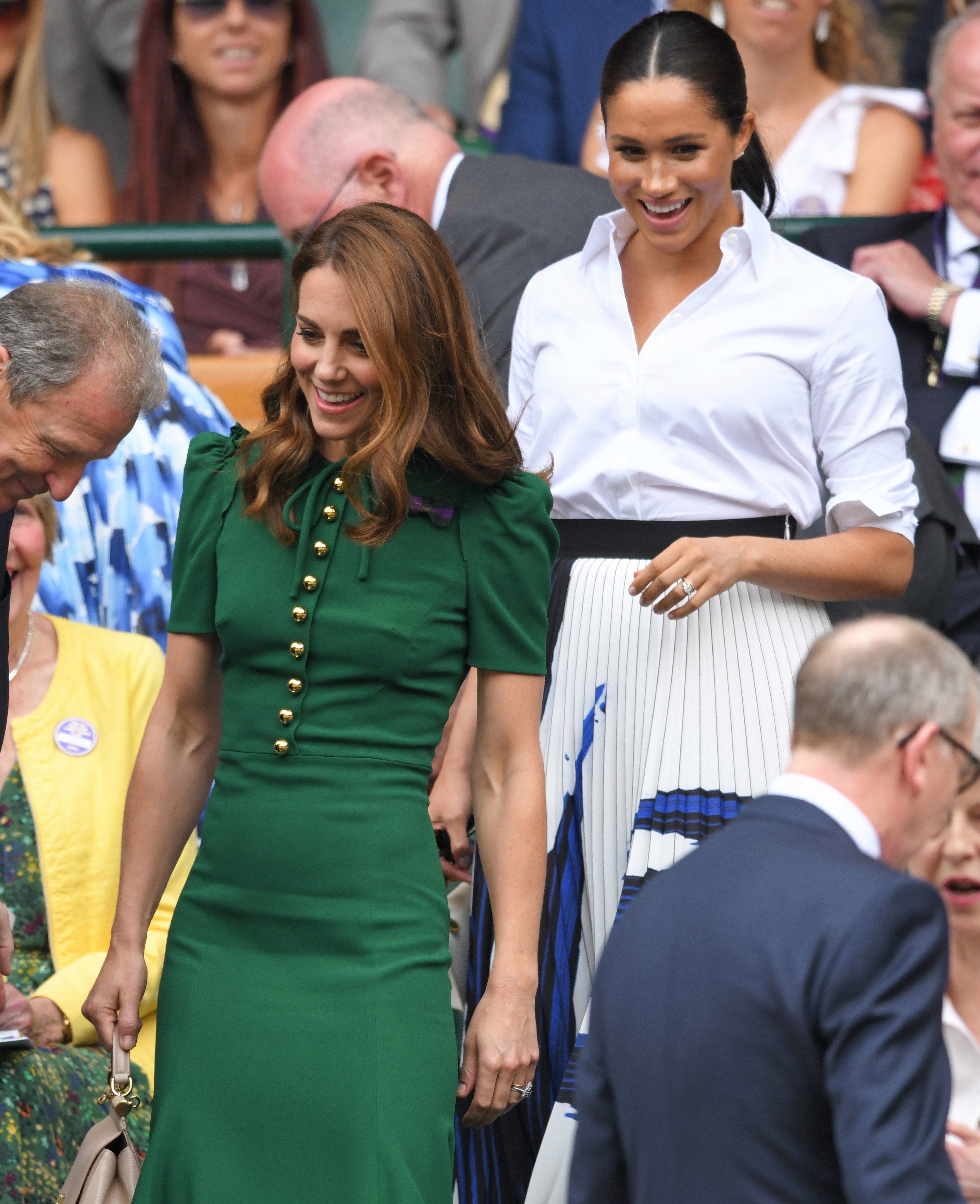 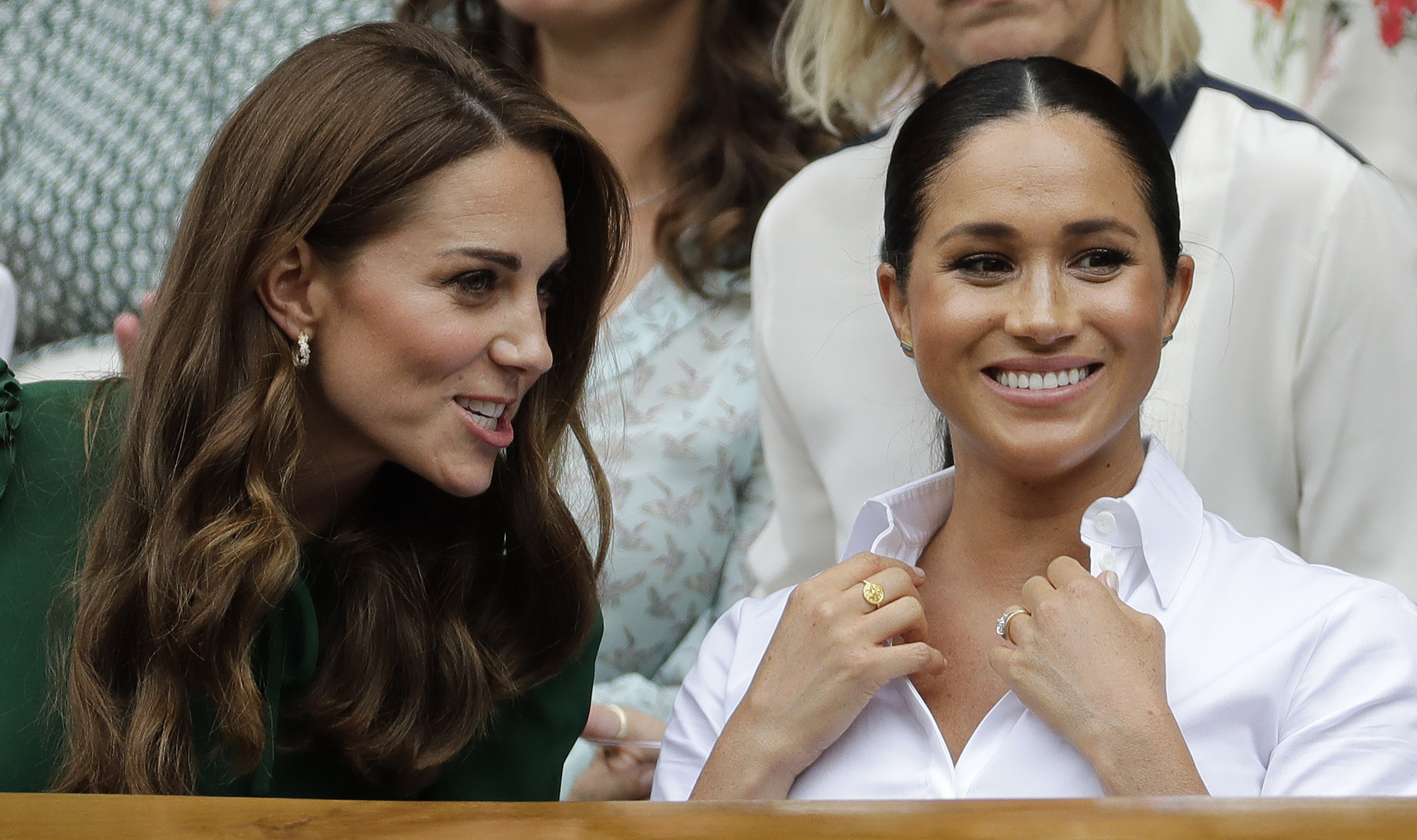 And body language expert Judi James says that the occasion provided Kate with the opportunity to act as “hostess” to Meghan, making an active attempt to include her in conversation.

Speaking to Fabulous Digital she said: “Sitting Meghan in between Kate and Pippa looks like a very active attempt to both host her and include her in a way that hasn't quite occurred since she married Harry.”

Judi remarks that while Meghan is facing away from her, Kate continues to lean in to engage in conversation in what is seen as a “friendly” gesture.

She continues: “While Meghan sits with her torso facing front Kate leans in to engage her in conversation, using some illustrative gestures and then even a hand to her hair just behind the ear which is a partial cut-off ritual that implies confiding during a friendly chat. 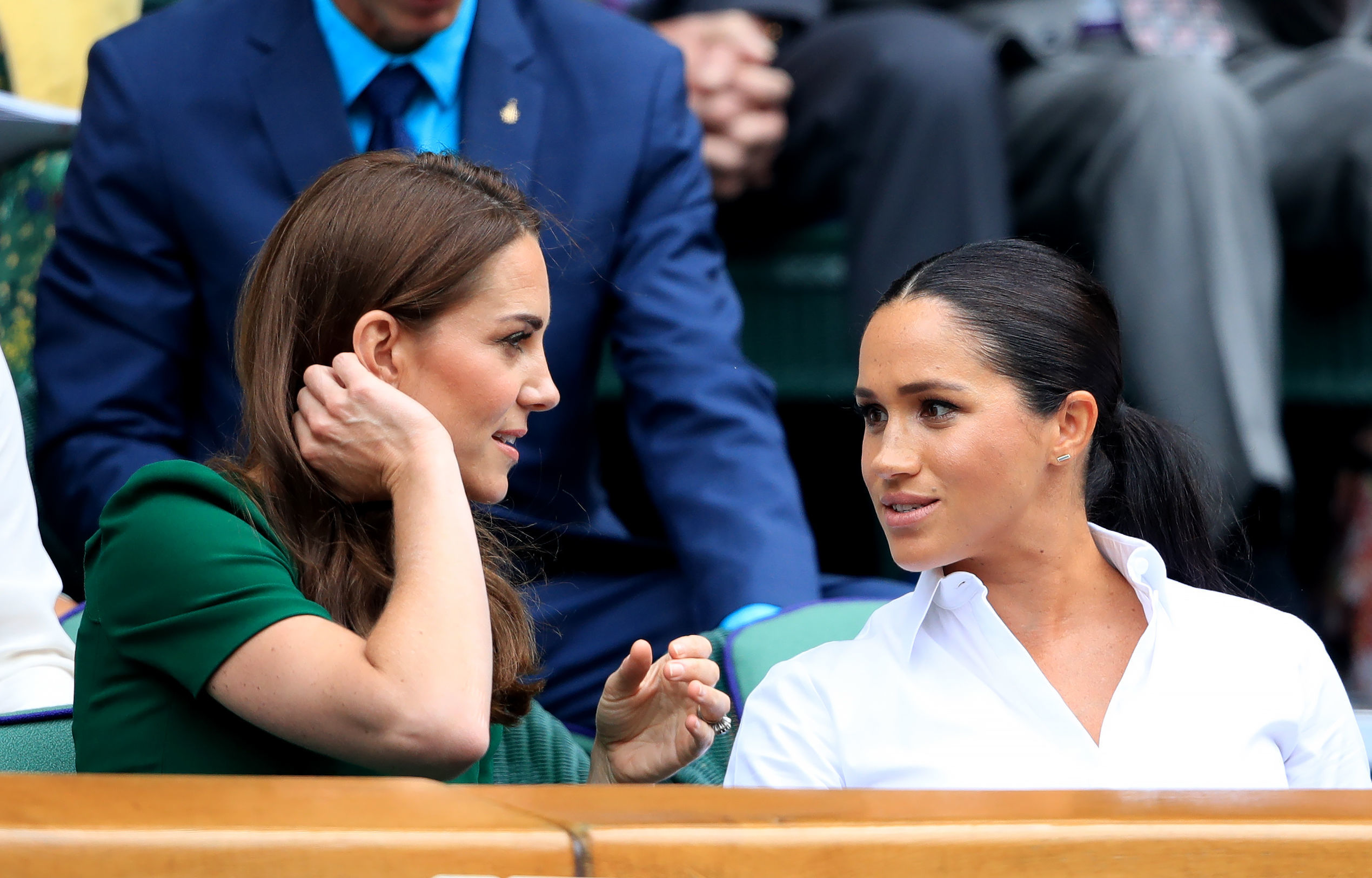 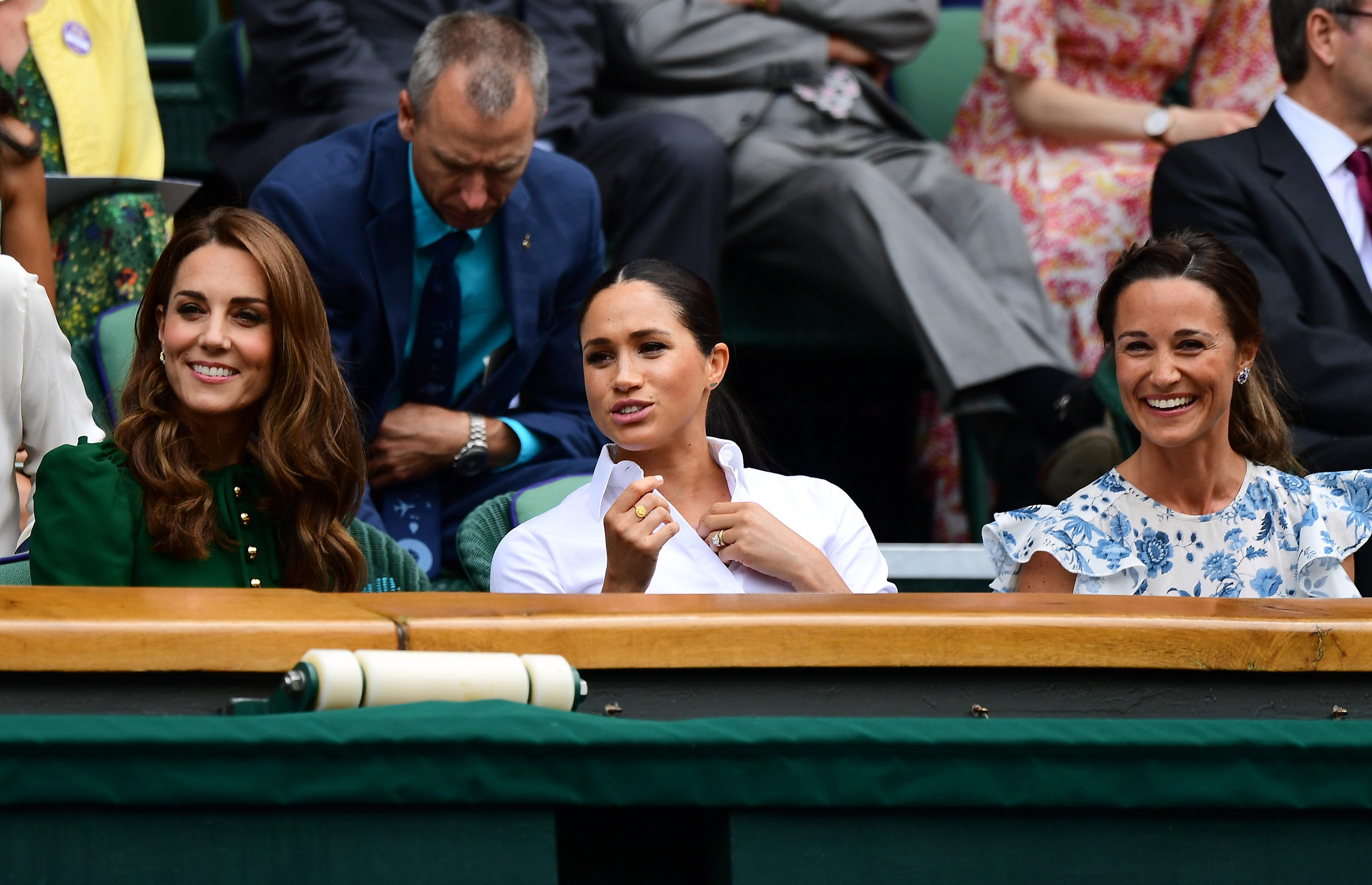 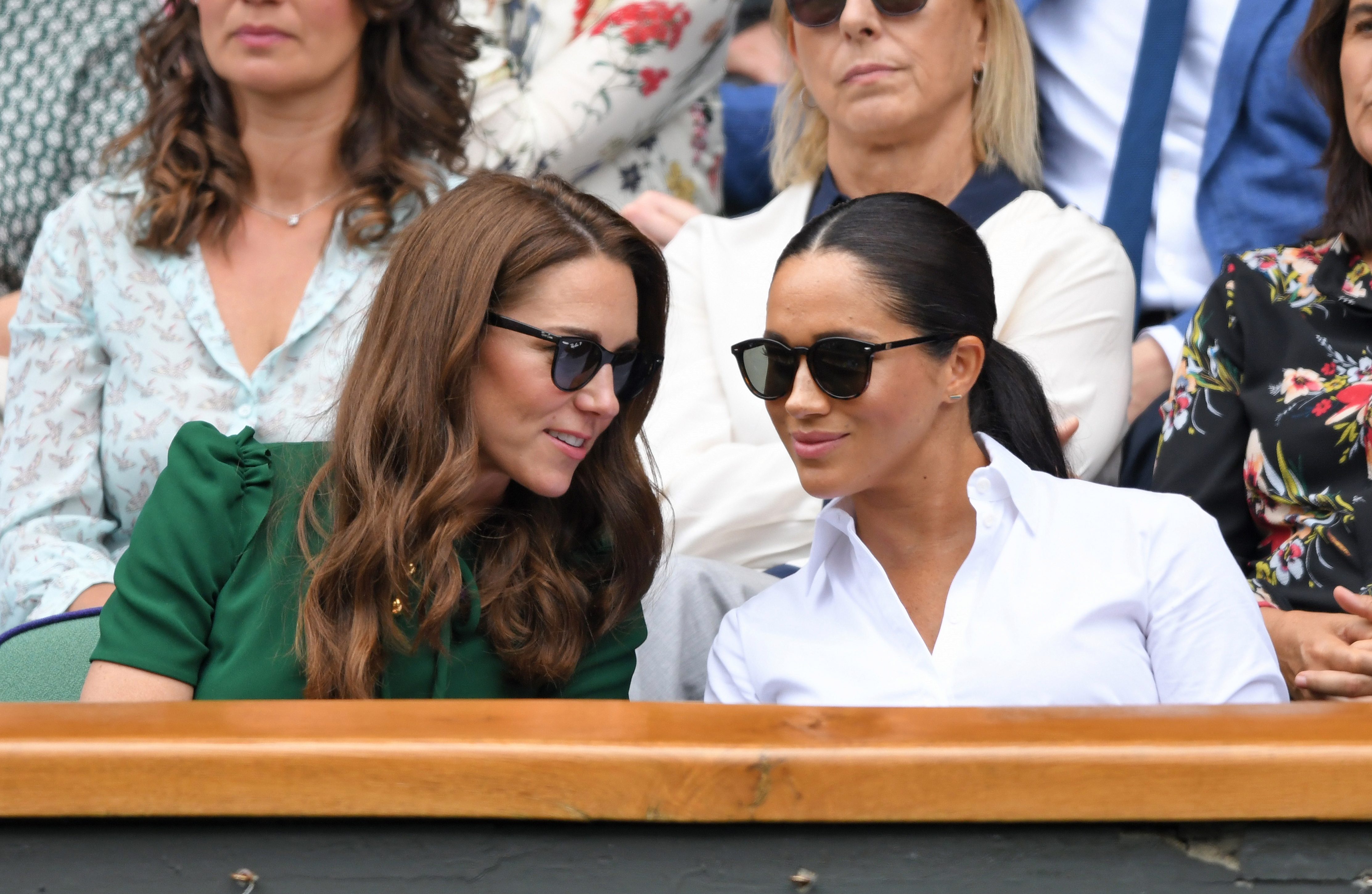 “There is a lot of eye contact between the sisters-in-law here too, which, along with the laughter, should be seen as a sign they want to be seen as friendly together.”

There was no sign of any-feud between between the sisters in law as they smiled, chatted and clap before the big match.

It's the first time the royal women have stepped out, just the two of them, since they joined crowds at centre court together last year. 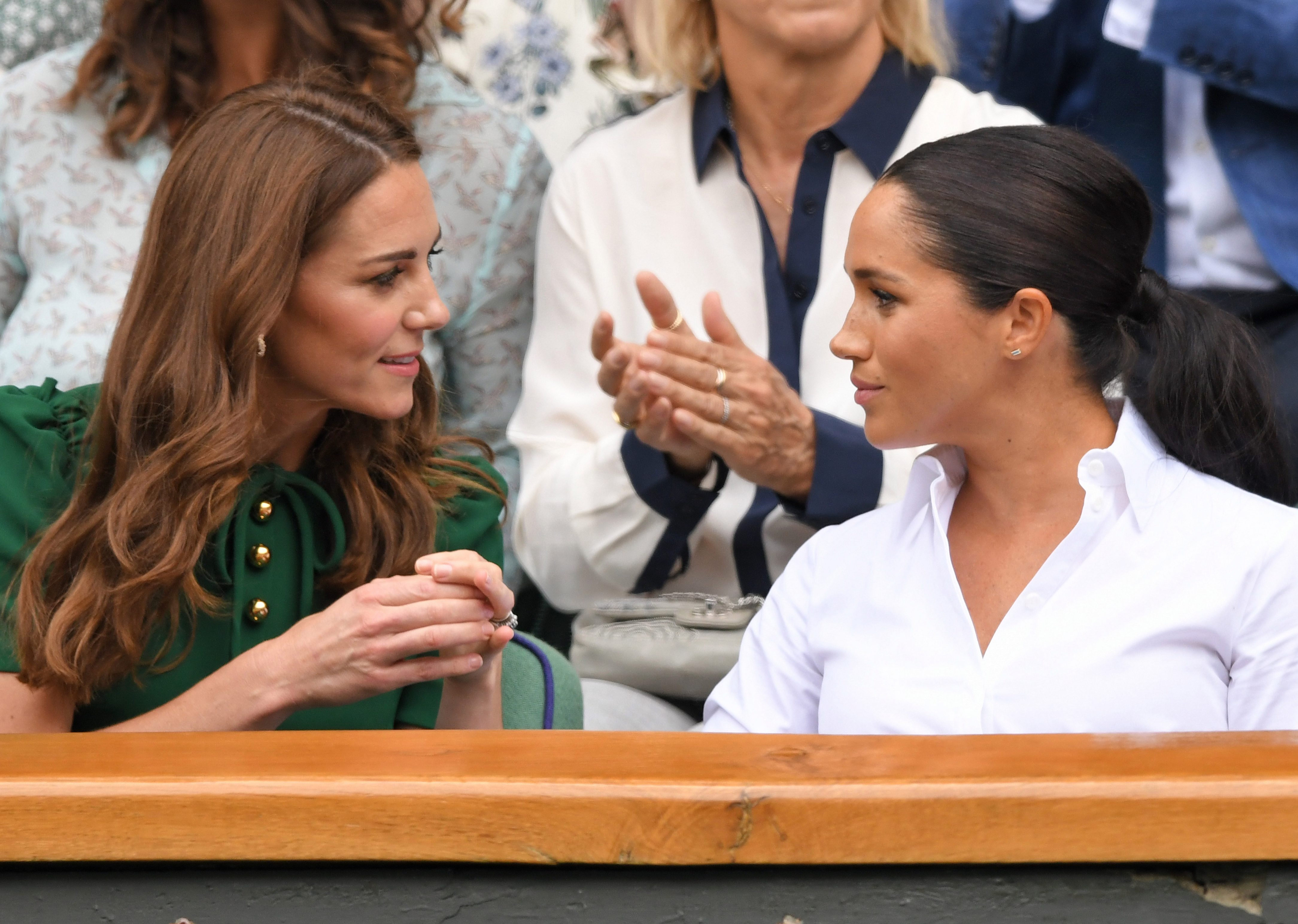 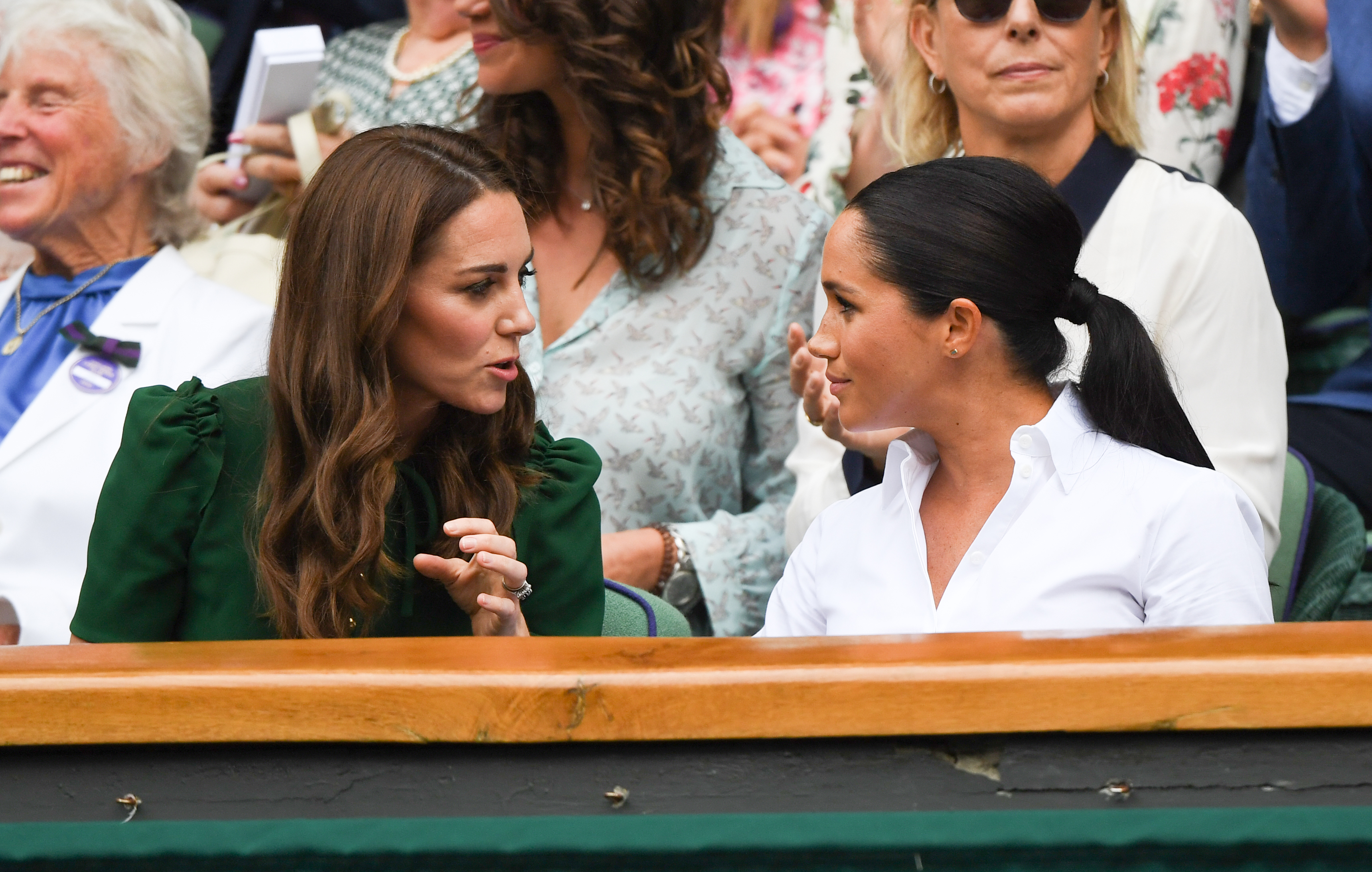 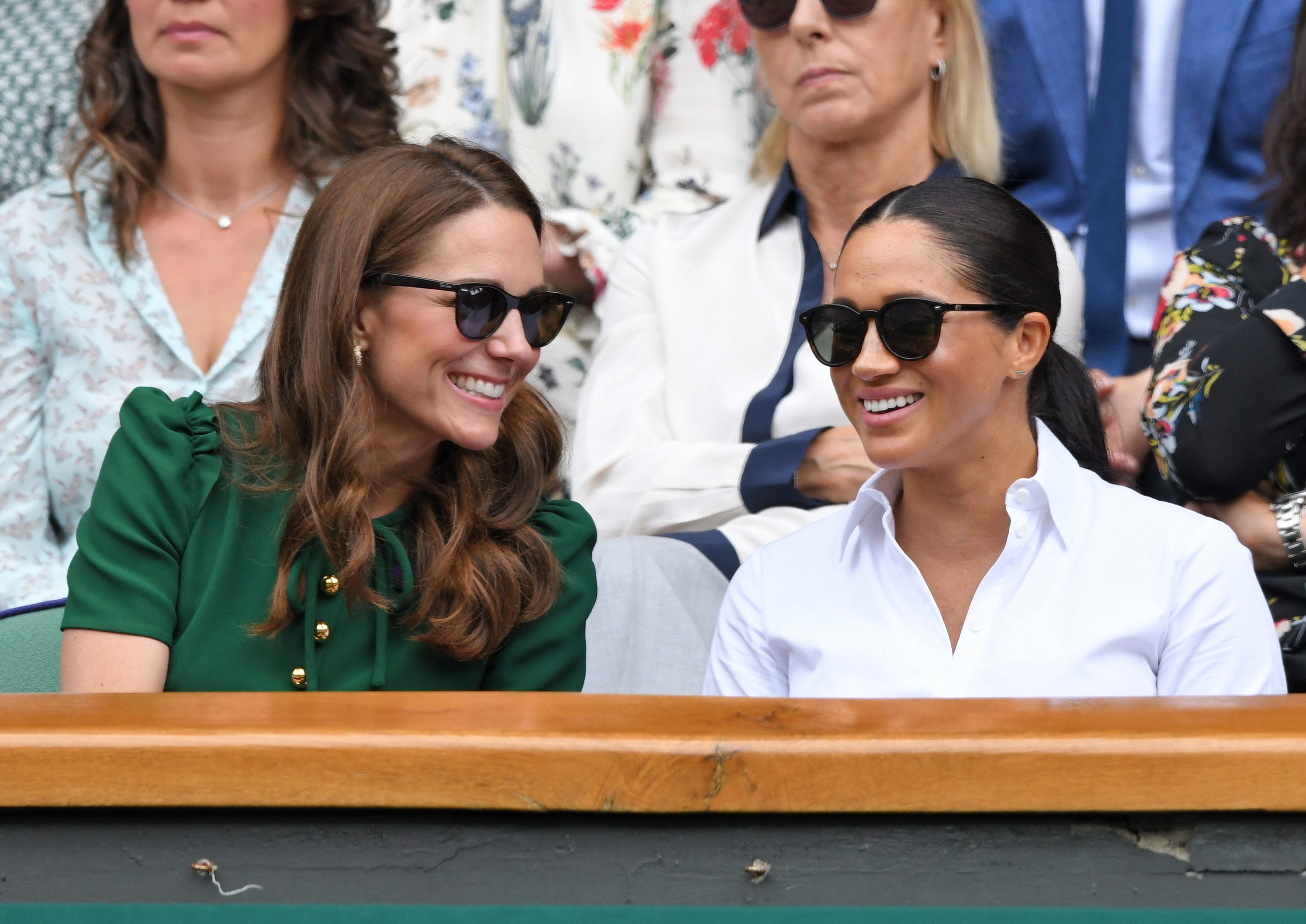 Today's united front comes despite rumours of a row between the Sussex and Cambridge families.

The speculated feud has even seen the palace deliberately try to avoid “diary clashes” between Harry, Meghan, William and Kate to prevent “competition”, a royal author claimed.

Kate, wearing a short-sleeved green Dolce and Gabbana dress with gold buttons, waved to cheering tennis fans ahead of the match on Centre Court.

The duchess met with Marion Regan, owner of Hugh Lowe Farms, the official supplier of strawberries to the tournament, with the pair sharing gardening tips.

The Middleton's have been regular fixtures in SW19 this tournament, with Kate's sister Pippa and brother James both attending to watch matches last week.

While the Duchess of Sussex was spotted in the Royal Box earlier in the tournament to watch close pal Williams in action.

In other royal news, Judi James explains that "wary" Meghan "deliberately" avoided Kate at the polo last week because she is "highly protective" of Archie.

And Meghan Markle "was a nightmare" when she visited Wimbledon to watch Serena Williams, an official has claimed.