SPICE BOY: The Karl Lagerfeld brand, which recently unveiled a deal for hotel amenities, is gradually scenting the world: It has also signed a license with the Italian company Arnolfo di Cambio for home fragrances, which the collection debuting today at Karl Lagerfeld boutiques, on karl.com and Amara.com, an interiors site.

Five of the seven home fragrances were personally selected by Lagerfeld years ago, inspired by his favorite “spicy” scents, according to the brand.

The prolific designer, who passed away in 2019, was such a connoisseur of fragrances he could often identify which scents people near him were wearing. He was also known to spritz different scents on his curtains and slipcovers at home.

The new Karl Lagerfeld Home Fragrances range consist of scented candles and reed diffusers that retail from 59 euros to 99 euros. They are to be unveiled to the trade at the Maison & Objet trade fair in Paris in September and will be available for wider distribution from then.

Housed in hand-tinted Italian glass vessels, each candle and diffuser bears the handwritten “Karl” signature in a tone-on-tone style. 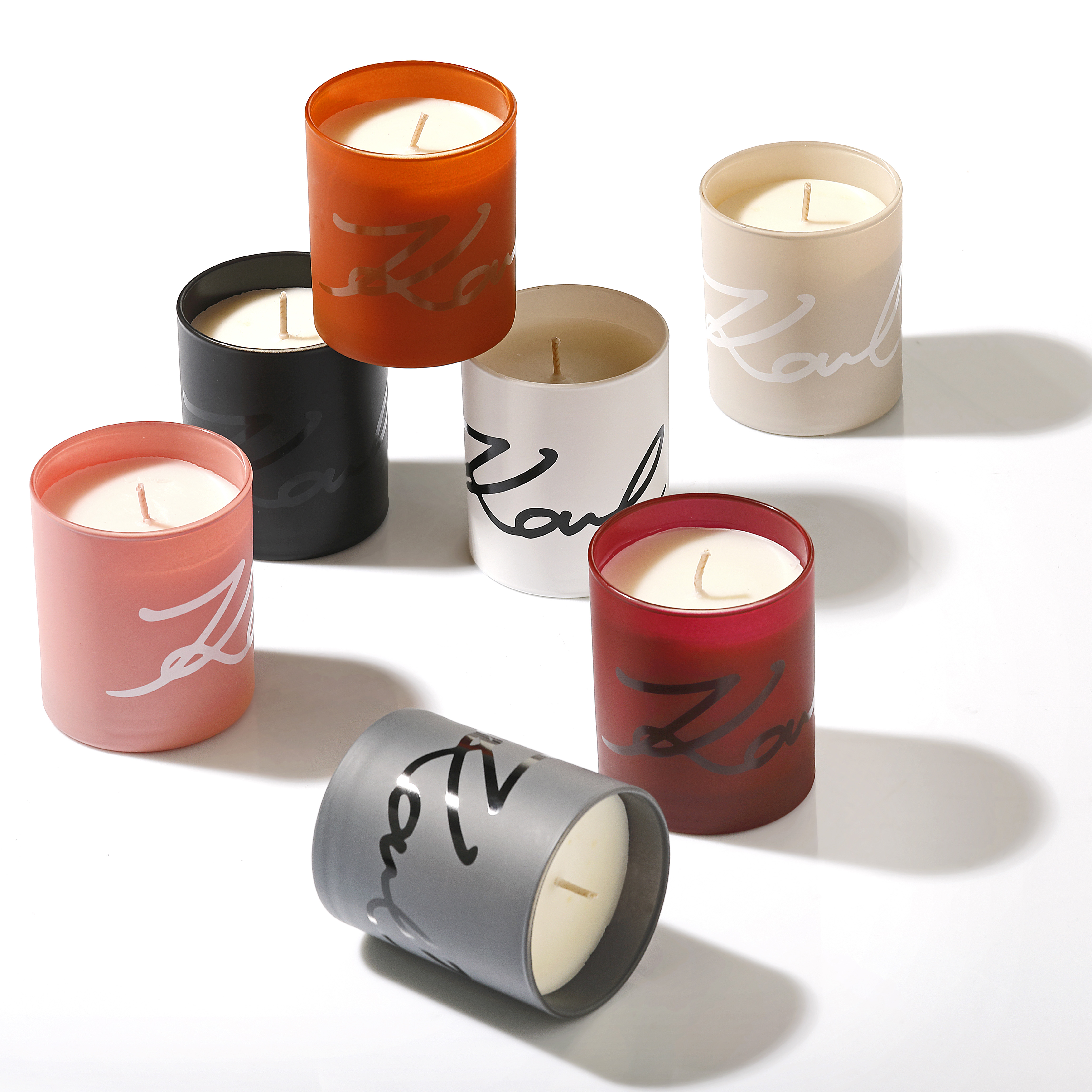 The Iris Noir scent, already used in many Karl Lagerfeld boutiques, blends that flower with cardamom and bergamot, with cinnamon, black tea and ginger, plus notes of sandalwood and leather. The other home fragrances contain such ingredients as oud wood, fig, red pepper, tuberose, amber and bitter orange.

Founded in 1963, Arnolfo di Cambio specializes in lead crystal products and does tableware under license for such brands as Roberto Cavalli and Blumarine. It added a fragrance division a few years ago.