IT'S been 15 long years since the final episode of Friends aired – and we're sure all diehard fans will agree that NO sitcom has ever quite matched up to it.

Well less than two weeks after Jennifer Aniston broke Instagram with a reunion photo with her former co-stars, the Rachel Green actress has now revealed that the cast are working on "something" together. 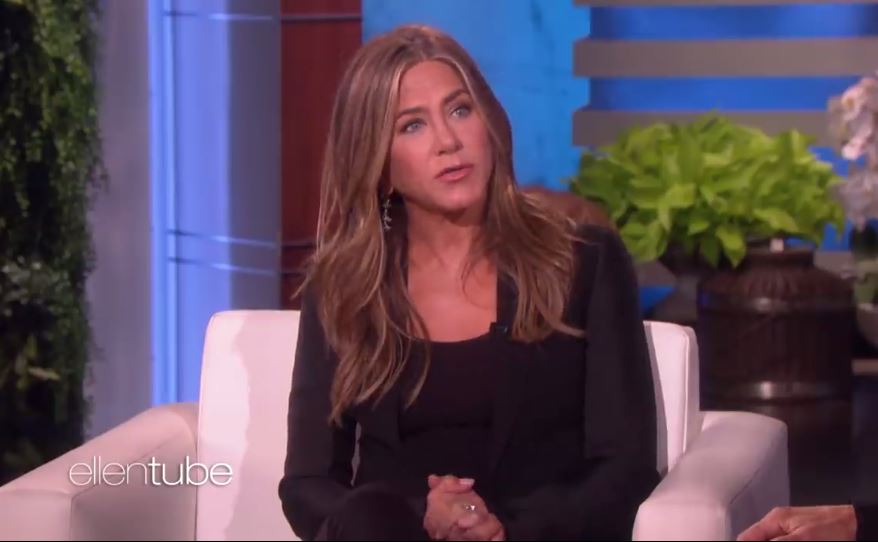 But before we all collectively lose our minds, the actress did confirm that it's NOT a reboot of the show. *sobs*

During her most recent appearance on The Ellen DeGeneres Show, the actress was quizzed by Friends superfan and pop star Charlie Puth about a possible reunion.

After Ellen asked whether there was a reunion in the pipeline, Jennifer replied: "Like a reboot? No."

However, all is not lost as the star then went on to reveal that the cast members would love to reunite on screen in another project. 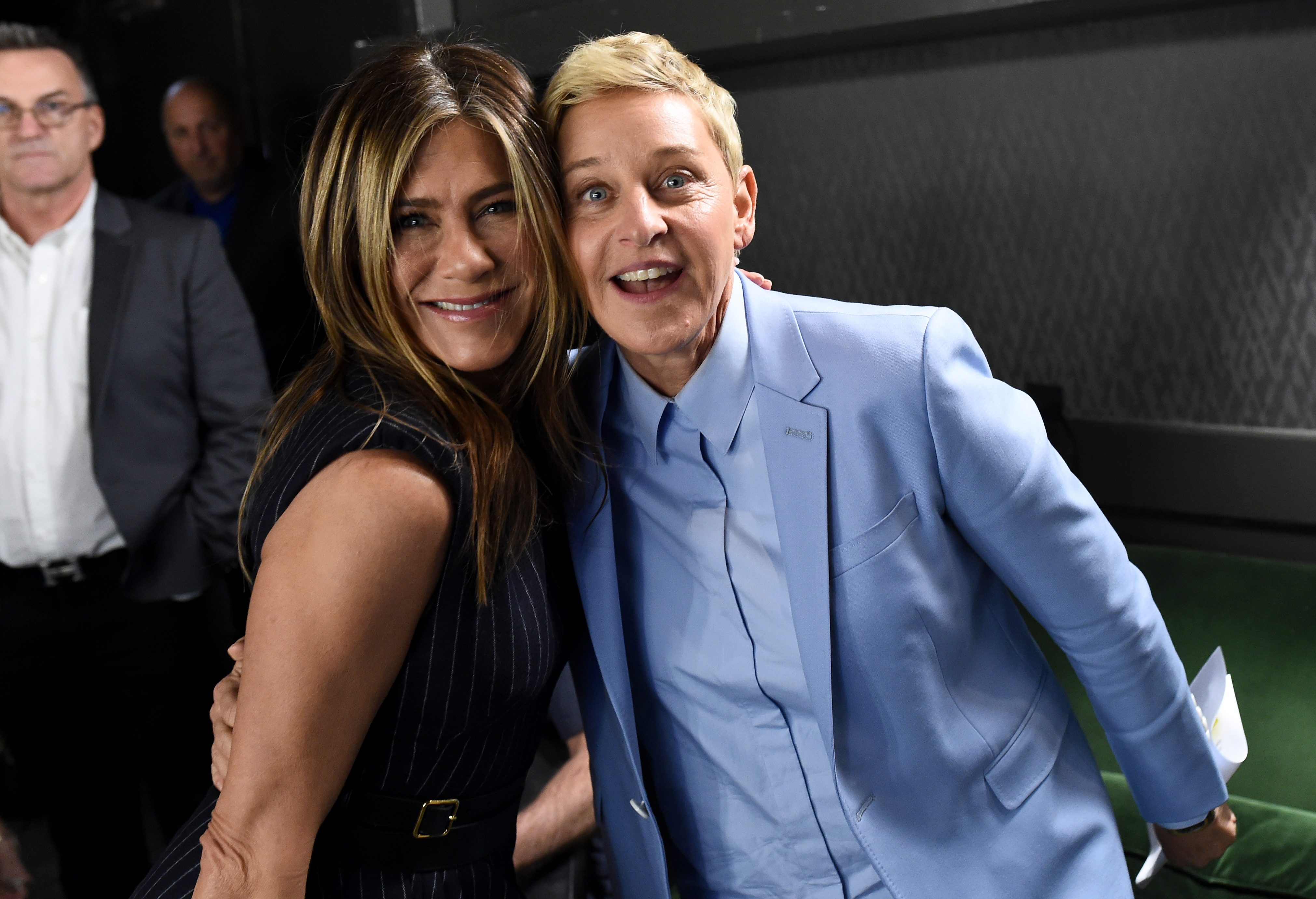 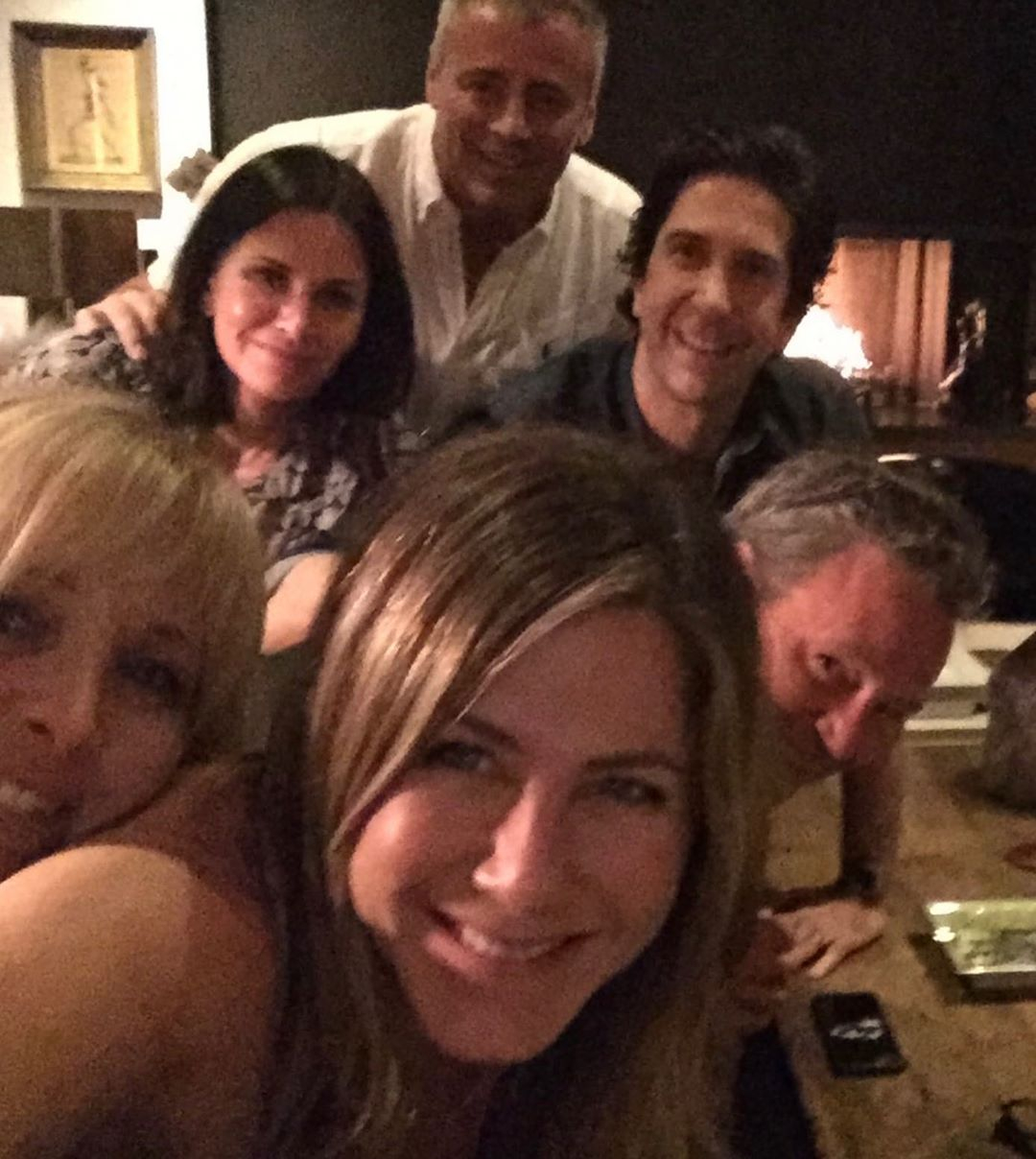 She continued: "We would love for there to be something but we don't know what that something is.

"So we're just trying. We're working together on something."

After being grilled by Ellen over whether there would ever be a Friends movie, Jen replied: "I don't know. I don't want to lead people on."

Unsurprisingly, this BRAND NEW INFORMATION sent fans into an absolute meltdown over on Twitter. 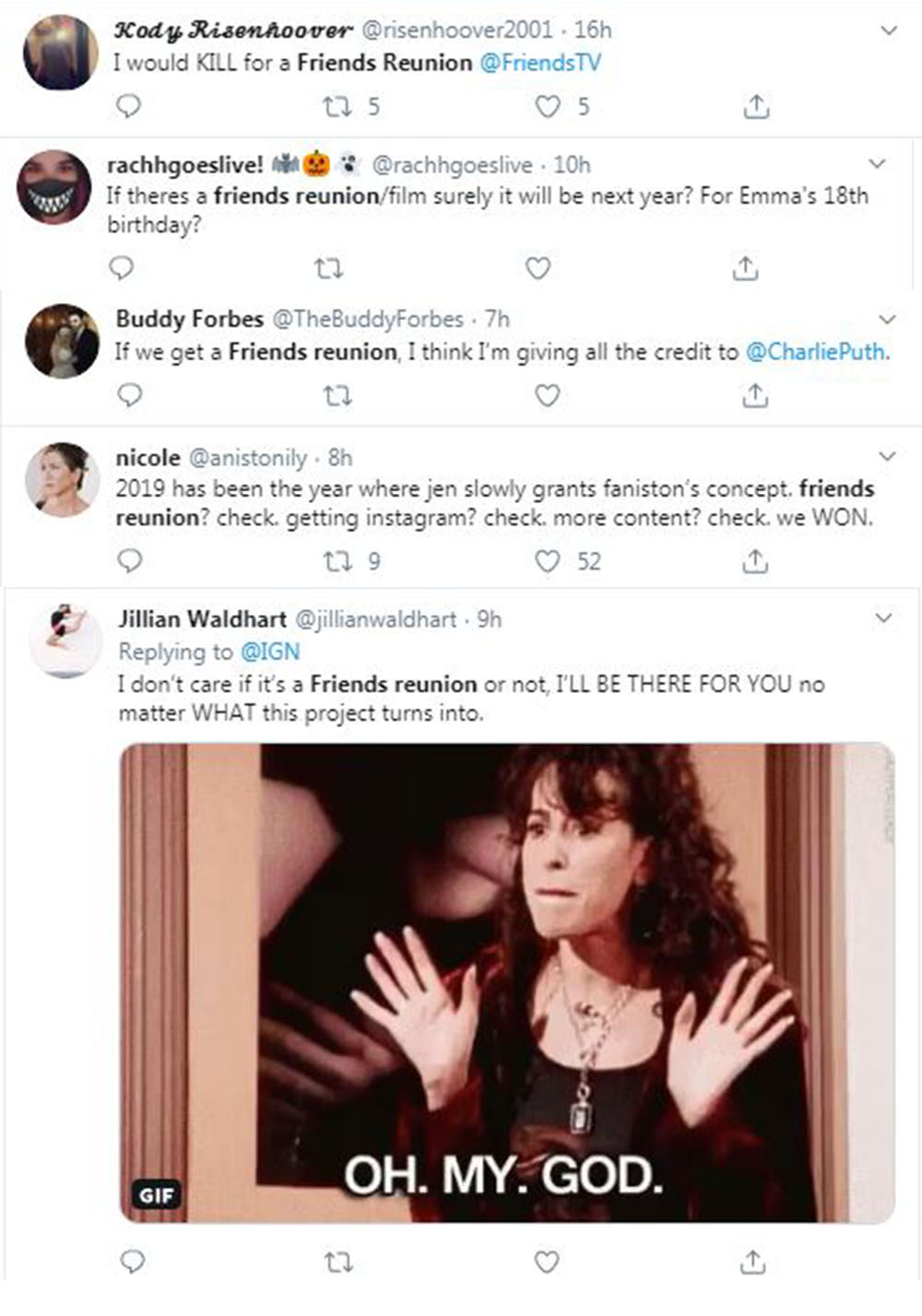 Another joked: "If we get a Friends reunion, I think I'm giving all the credit to Charlie Puth."

Meanwhile, a third pondered: "If there's a Friends reunion/film, surely it will be next year? For Emma's 18th?"

And because we simply can't resist adding our own theory into the mix, maybe this could be The One Where Ross and Rachel Revisit Emma's 18th Birthday Video??

Bringing us back down to earth with an excellent Janice GIF, one fan tweeted: "I don't care if it's a Friends reunion or not, I'LL BE THERE FOR YOU no matter WHAT this project turns into."

For more throwback stories, these incredible never-aired scenes from Friends include when Emma crawls and Chandler's VERY awkward dance with Monica's mum.

And the actor who played Ben in Friends has joked that his character got cut because Ross Geller was a "deadbeat dad" who lost custody.