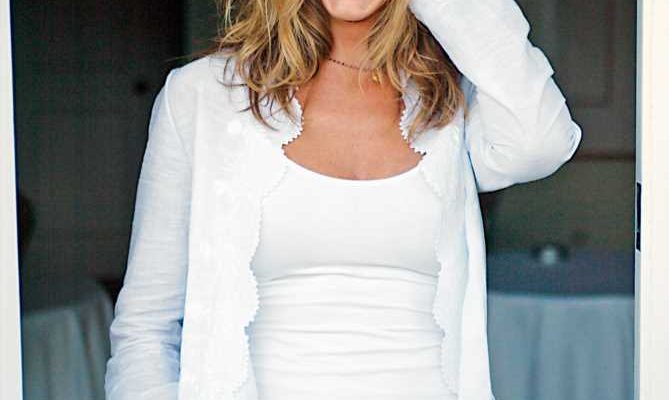 In a photo from the Rudolf Steiner School yearbook. Born to actor parents John Aniston and Nancy Dow, Aniston graduated from New York City’s LaGuardia High School of Music & Art and Performing Arts in 1987 and headed to Hollywood to try her luck.

In a quintessential boho ’90s ensemble at an NBC pool party.

Here, a promo shot as Jeannie Bueller from the sitcom Ferris Bueller.

The soft bangs and denim vest seem about right for the early ’90s.

After the 1990 sitcom Ferris Bueller and the horror flick Leprechaun in 1993, Aniston landed Friends in 1994. That Rachel haircut? “I was not a fan,” she later said.

Glasses were her go-to accessory at the 9th Annual GLAAD Media Awards in Century City, California.

In her signature shade at the 61st Annual Golden Globe Awards in Beverly Hills.

Rocking a metallic mini at the Women in Film Crystal Lucy Awards on Friday, June 12, 2009, in Los Angeles.

The actress matched the carpet at the 85th Annual Academy Awards in L.A. Now filming the Web series Top of the Morning, Aniston has embraced every phase of her life. “Once you figure out who you are,” she said in 2004, “it all kind of falls into place.”