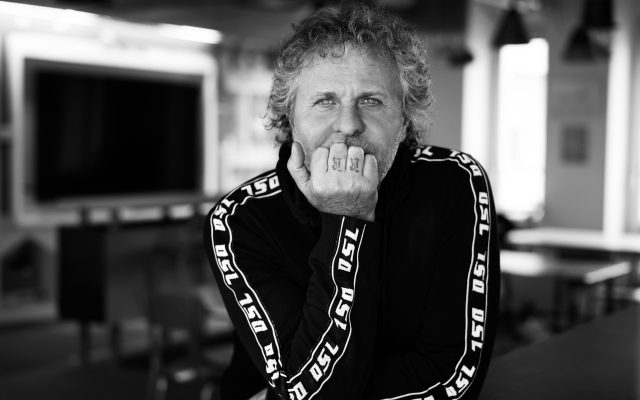 The Italian entrepreneur will be part of the jury for the first edition of the Yu Prize, a competition organized by fashion investor Wendy Yu aimed at promoting emerging Chinese designers. The winner amongst the 16 finalists — comprised of At-One-Ment, Chen Peng, Danshan, Donsee10, 8on8, Garçon by Gçogcn, Oude Waag, Ming Ma, Redemptive, Shie Lyu, Shushu/Tong, Shuting Qiu, Susan Fang, Yueqi Qi, Windowsen and ZI II CII EN — will be revealed in April during Shanghai Fashion Week.

Along with being part of the jury, which counts a range of high-profile fashion personalities, such as designers Diane von Furstenberg, Giambattista Valli and Jason Wu, as well as Metropolitan Museum of Art curator Andrew Bolton and Fédération de la Haute Couture et de la Mode’s president Pascal Morand, Rosso, through his OTB group, will offer the winner a one-year mentorship. OTB, where Rosso sits at the helm as chief executive officer, is the parent company of brands like Marni, Maison Margiela, Diesel and Viktor & Rolf, as well as Amiri, in which the Italian group has a minority stake.

“I’m really happy to take part to this talent contest in China, which is becoming the biggest market for the fashion industry,” said Rosso. “I think it’s so important for a group like ours to be connected with the young talents, especially in such a fast-growing, stimulating country like China.”

According to Rosso, his group’s participation with the Yu Prize also gives it the chance to learn more about the Chinese local market and to show OTB’s loyalty to China.

As the entrepreneur revealed, the brands under the OTB umbrella are all growing extremely well in China. “The one that is really performing above expectations is Maison Margiela,” said Rosso, who has recently acquired 100 percent of the Jil Sander brand.

Rosso is certainly not new to talent competitions.

Previously with Diesel and then with OTB, the fashion entrepreneur was the first to sponsor International Talent Support, the contest holding its 19th edition in 2021 that scouted a range of names including Demna Gvasalia.

In addition, Rosso is the only Italian jury member for the annual ANDAM French fashion prize, which has increased the amount of its grand prize to 300,000 euros for the this year’s edition. Rosso has been president of the jury and mentor for the talent contest twice. Over the years, ANDAM had among its winners Martin Margiela, Viktor & Rolf’s Viktor Horsting and Rolf Snoeren, as well as Glenn Martens, who was named creative director of Diesel last year.

Rosso also took part in Camera Nazionale della Moda Italian’a Milano Moda Graduate initiative, giving visibility to the most promising talents at the Milanese fashion schools. In the past he supported the winners of the CFDA/Vogue Fund by financing the “Americans in Paris” project.

“Scouting and supporting young creatives has always been part of the DNA of OTB, where we have a talent acquisition team that every week is in touch with the most important fashion schools to organize meetings and mentorship programs,” said Rosso, citing for example Central Saint Martins in London, the Shenkar Institute in Tel Aviv, the Accademia Costume e Moda in Rome, as well as IED, Polimoda, Marangoni and Domus Academy in Milan.

Additionally, OTB develops continuous collaborations with prestigious universities, such as Politecnico in Milan, Ca’ Foscari in Venice and La Sapienza in Rome. “We also work with a range of local technical institutes, offering the classes with our managers, but also providing them with fabrics and materials to help the students’ developing their projects.”

Rosso is also personally involved in mentorship programs that over the years opened the doors of OTB to a range of talents, including Alexandre Mattiussi. “I give them my personal cell number and they can call me to ask me anything,” said Rosso. “Depending on the different talents, we create customized paths to discover all the different aspects of our companies and to give them the training that they need, according to their specific desires.”