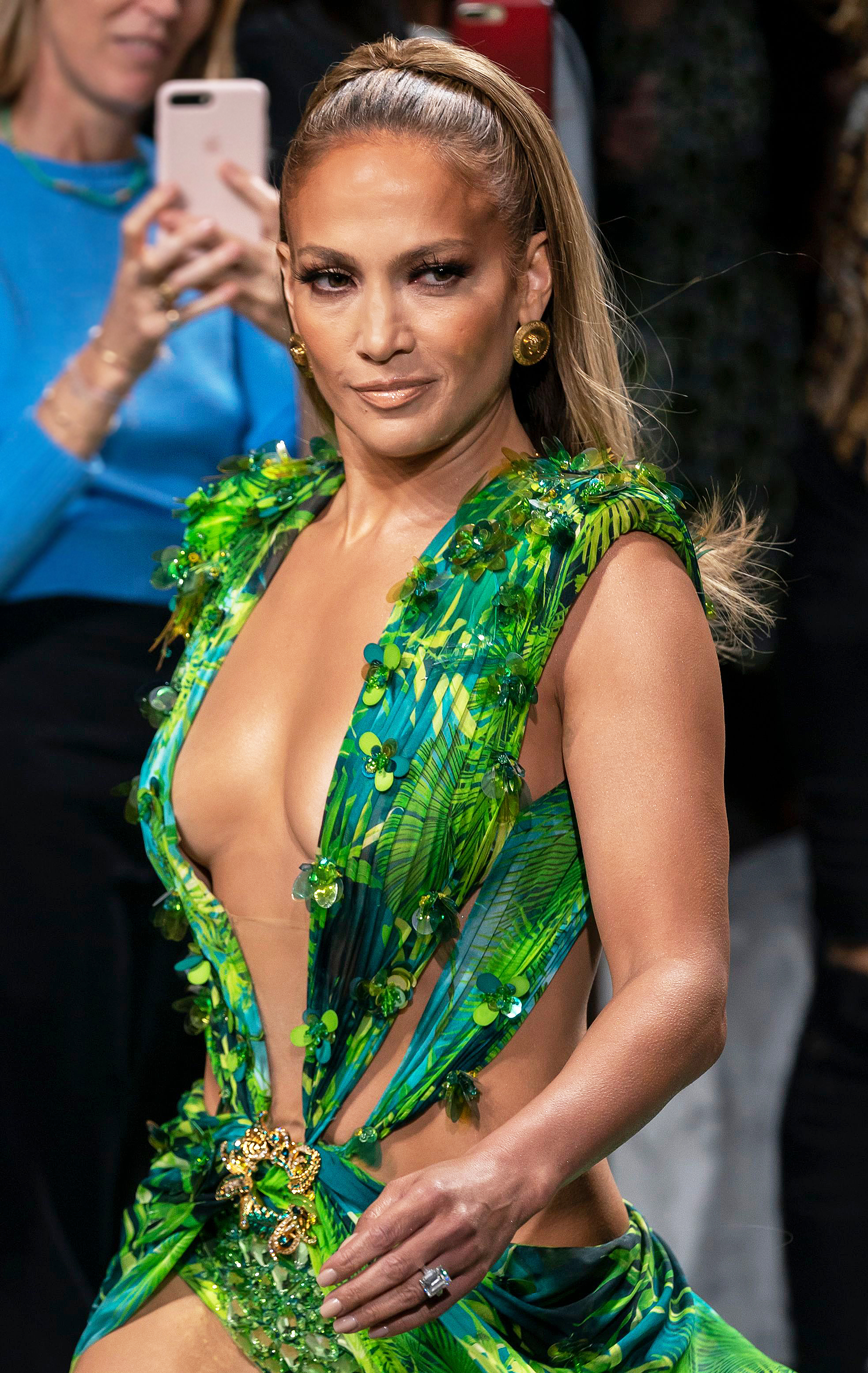 Jennifer Lopez knows how to give fans what they want. On Saturday, December 7, the 50-year-old hitmaker hosted Saturday Night Live in NYC — and that iconic green Grammys dress made a special appearance…again.

That daring, plunging gown has been a topic of conversation ever since the triple threat wore it on the red carpet for the first time in 2000. Fans were so desperate to relive the star’s sexy look that they turned to the web to search for it — you know, before Google Images was a thing. After fans nearly broke the Internet, the image-searching platform was born.

Lopez opened the show at SNL for the third time wearing a black and white tuxedo. She took a moment to reflect on the moments she’s thankful for from 2019, like her engagement, the success of Hustlers and, well, her hot bod. “I walked the runway in Milan for the first time wearing a dress I wore 20 years ago,” said Lopez. “Some people said I look better now than I did then and I’m not bragging, that’s just, you know, gossip!”

But we all know that it’s not just gossip. Following her intro, the star burst into “Santa Claus Is Coming to Town” with a special appearance from the NYC Rockettes. Towards the end of the performance, she ducked behind the dancers to change out of her menswear-inspired ‘fit into the world-famous Versace dress. The quick-change was unsurprisingly met with wild applause.

The version Lopez surprised viewers with at SNL was different than the one she stunned fans with close to 20 years ago. This recreation, which is arguably sexier than the OG, bares even more skin thanks to large cutouts on the side.

In September, the Hustlers star broke the Internet when she closed out the Versace Spring 2020 fashion show in Milan wearing the dress. Donatella Versace created an entire line of jungle-print pieces to celebrate the gown’s anniversary, so it only made sense for J. Lo to walk the runway.