A WOMAN has shared how she adopted a ‘YOLO’ attitude during a recent vacation at a family favourite.

Chloe Wood told her social media followers that even though she was holidaying at a fancy resort, it didn’t stop her wearing skimpy swimwear and flaunting her figure. 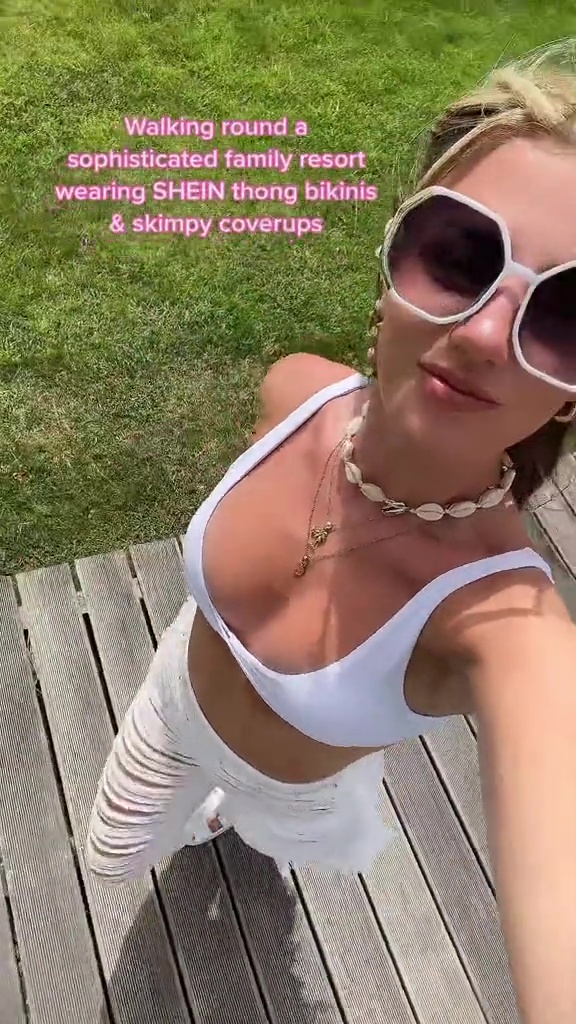 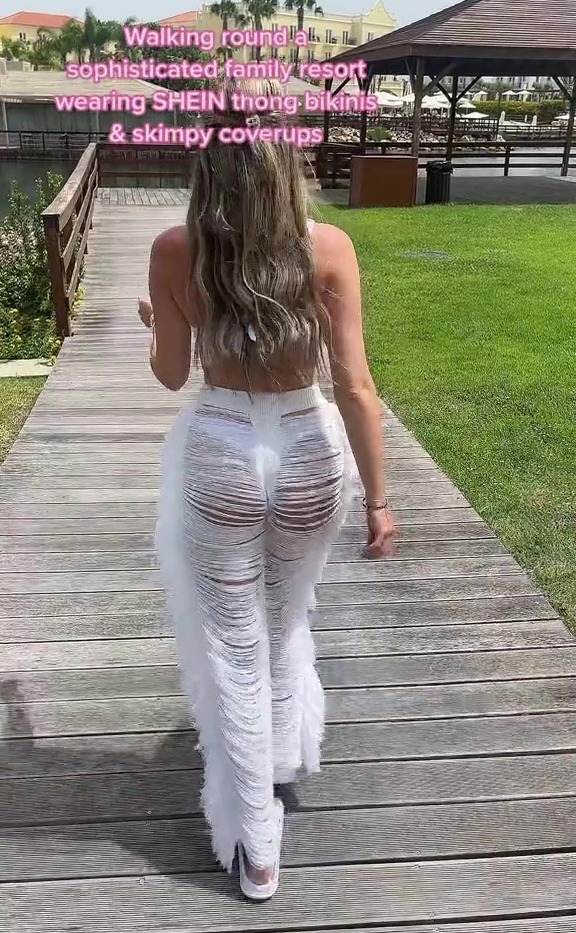 Chloe, a TikTok user who can be found at @chloee_wood, uploaded a video of her soaking up the sun at The Lake Resort in Portugal alongside the caption 'YOLO'.

In it, she can be seen walking around the pool area wearing a white thong bikini.

She teamed the swimwear with a pair of barely there white trousers, complete with gaps and fur trim.

In another part of the clip, the fashionista showed how she completed her look with white flip flops and layered necklaces.

And Chloe said she loved every part of her outfit.

As she posed for the camera, she wrote: “Walking round a sophisticated family resort wearing SHEIN thong bikinis and skimpy coverups.”

The video – and Chloe’s outfit – gained a lot of attention online.

Not only was the clip liked over 23,000 times, but hundreds of people also flocked to the comment section.

Most read in Fashion

Many TikTok users wanted to know more about where she got her trousers from.

To which she replied: “@shein_official.”

While others were quick to tell Chloe that they do exactly the same when they go on vacation.

One wrote: “Me going on holiday with my bf’s family with all my skimpy shein bikinis and coverups.”

A second said: “This is why I was getting all the stares on holiday.

“People don’t know when to stop so I was saying ‘hey babes’ back.”

Elsewhere, a third person commented: “Me right now and all the moms glaring at me.”

Other people also wanted to say how great they thought Chloe looked in her beach outfits.

One social media user commented: “the pants” followed by a string of love heart eye emojis.

As a second person showed they were in agreement, as they added: “Love that fit.” 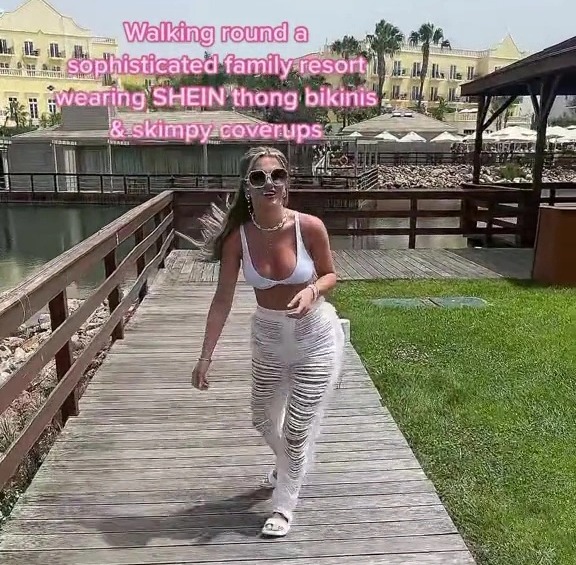