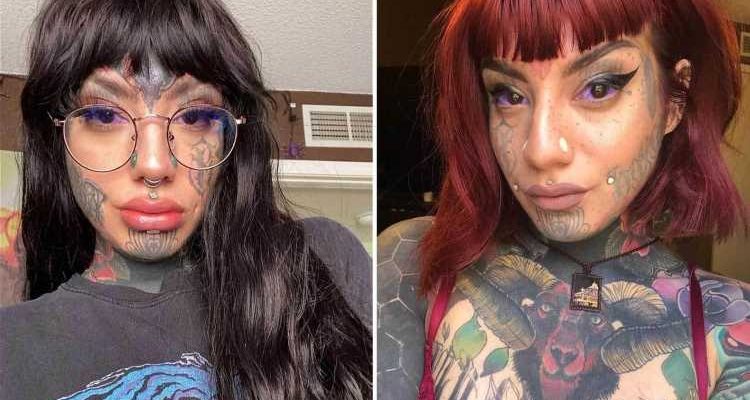 A WOMAN who is completely covered in tattoos has revealed how she went blind after having her eyeballs inked when the artist botched the job.

Sarah Sabbath, 26, from El Paso, Texas, said the "the guy didn’t put enough saline solution into it" which left her unable to see or "do anything" – but she doesn't really mind as she loves her look. 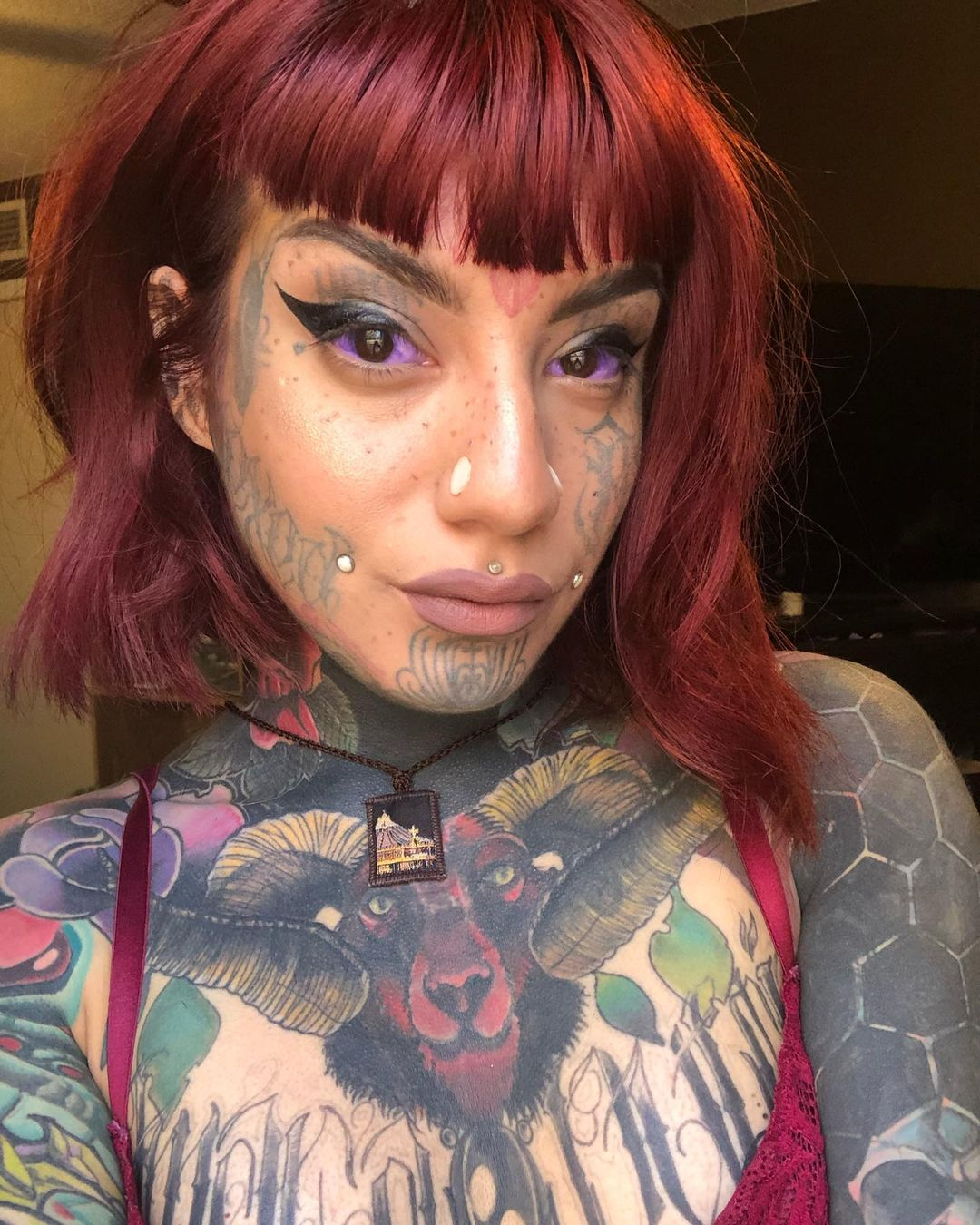 The tattooed beauty said she has "no regrets" and that, despite the body art affecting her health, it has "made me a better person".

The botched job meant she had to see an eye doctor and "got several eye drops for my eyes" and she also became "very, very depressed from it."

Sarah told Truly that the tattoo artist had incorrectly measured the solution and that there was "too much ink and not enough water." 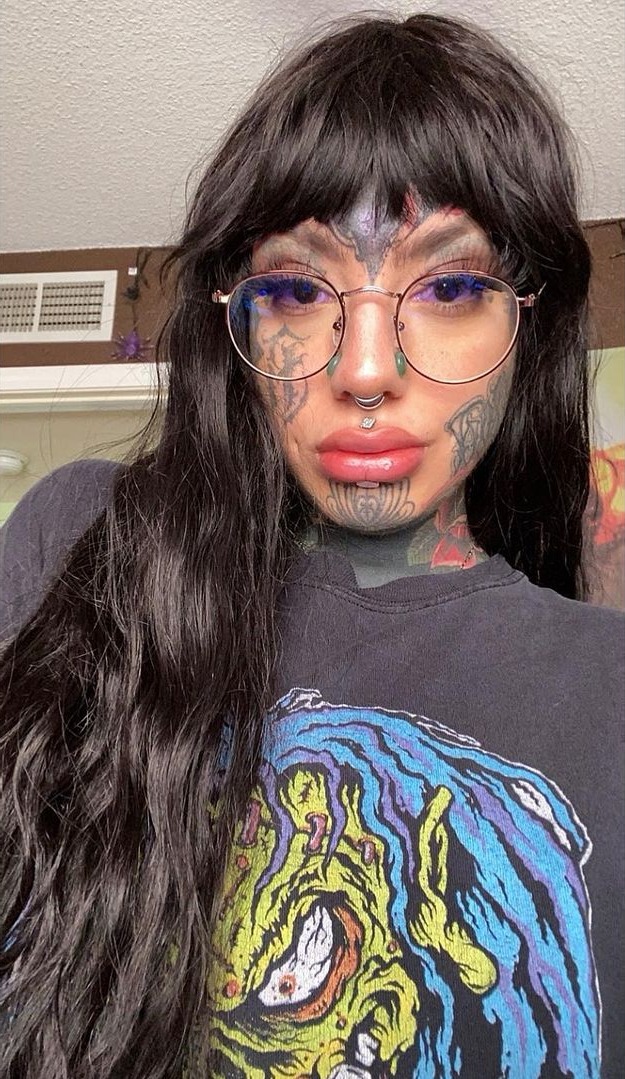 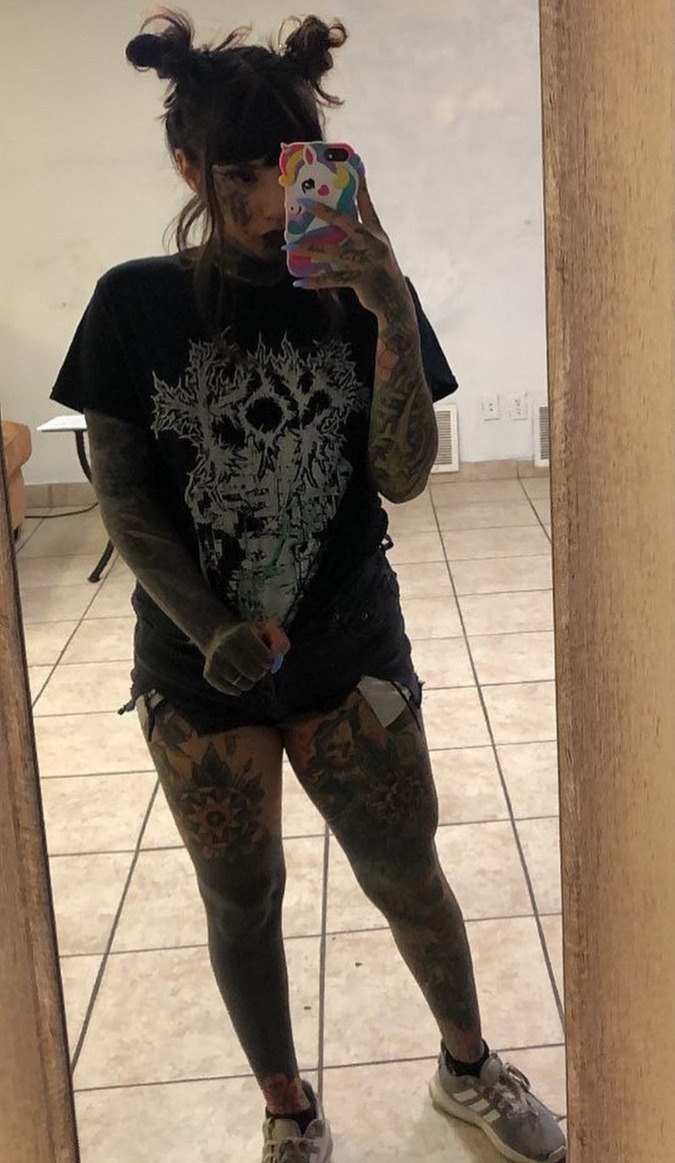 Sarah, who was bullied at school for being "hairy", said she has always wanted to cover herself in ink, and admitted "my tattoos are important to me because they helped me become a stronger person."

“I don’t regret getting any of the tattoos because I feel more myself now than I did then," she added, reminiscing about her school years.

Sarah told the publication that she often receives comments about her new tattooed appearance, but she doesn't let that stop her from wanting more. 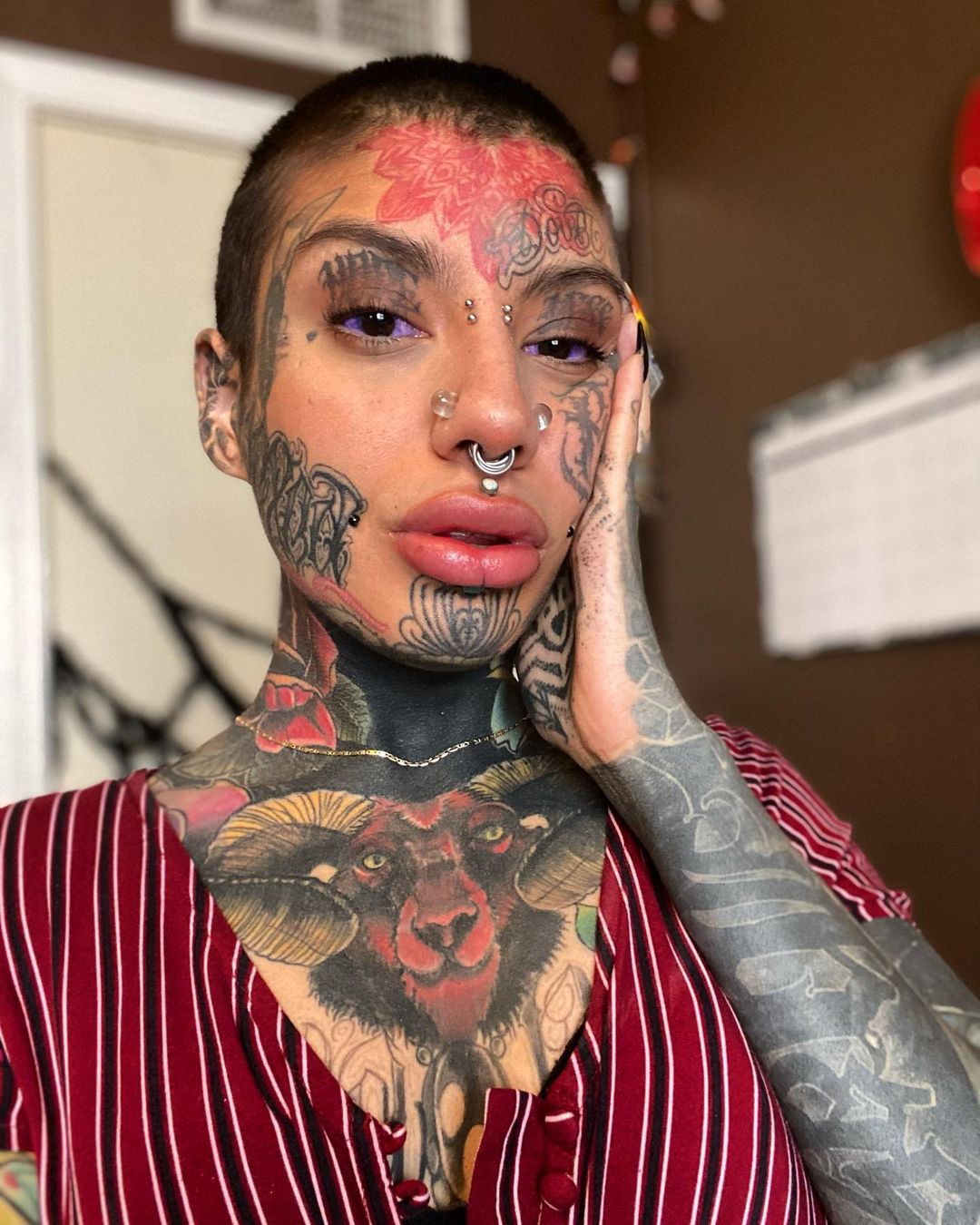 She said that people often think she's "snobby" or that her tattoos means she "doesn't have any education" – or worse, she says people assume she's a "criminal".

"But I don’t mind," she said adding "everyone’s different so I’m not going to judge them for thinking the way that they do. Not everyone has the balls to express themselves the way I do."

Her journey is far from overthough as she wants to have more designs etched into her face.

“They are my shield… it’s a way of life and a part of me. I’ll never stop getting tattoos,” she said.

Plus these are the ‘tacky’ tattoos artists secretly hate… and it’s bad news if you’ve got a finger inking.

And tattoo fans share what dodgy body art REALLY means… and ‘fresh spring rolls’ has to be the winner.