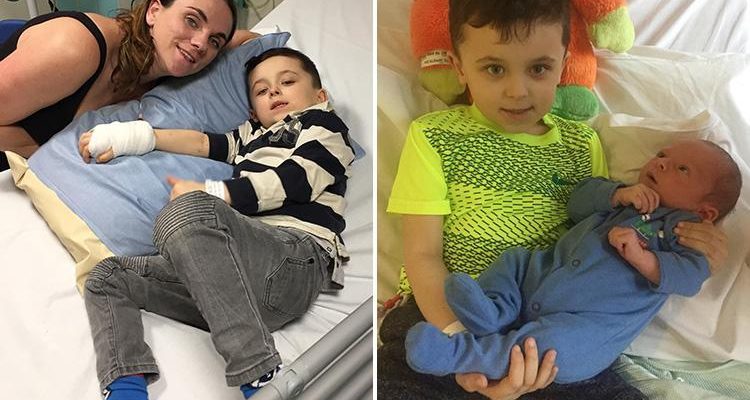 Gwennan Jones, 29, from Caenarfon, North Wales, battled contractions as she walked down to the children’s ward in Bangor Hospital to hear the results of son Caio’s blood test. 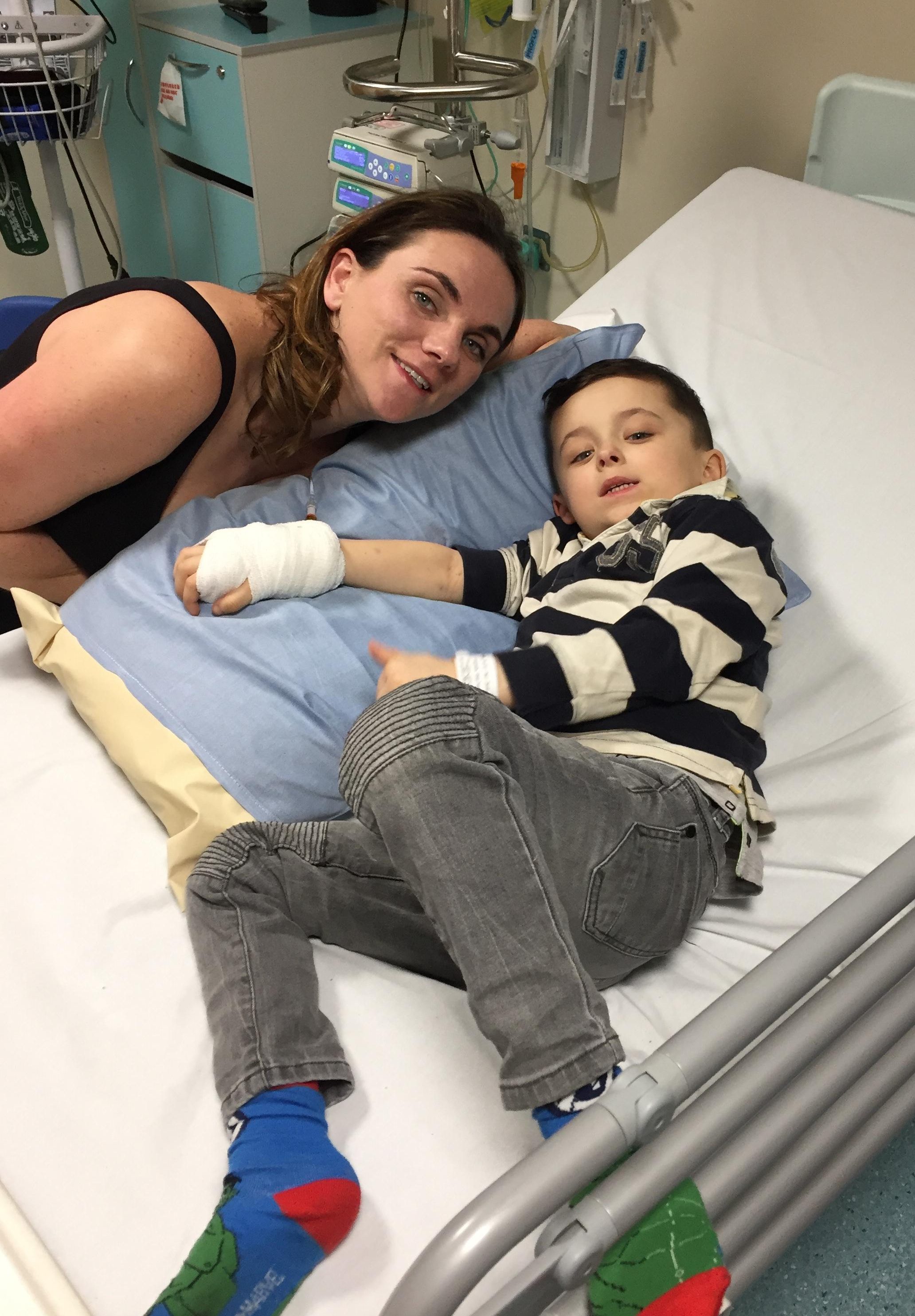 Doctors told her he had Acute Myeloid Leukaemia and needed to start treatment immediately to save his life.

Gwennan told Fabulous Digital: “It was such a shock to be told that he had cancer – we had never imagined that it could be anything as serious.

"When I gave birth a few hours later, it should have been a joyous occasion but it was such a bittersweet moment. 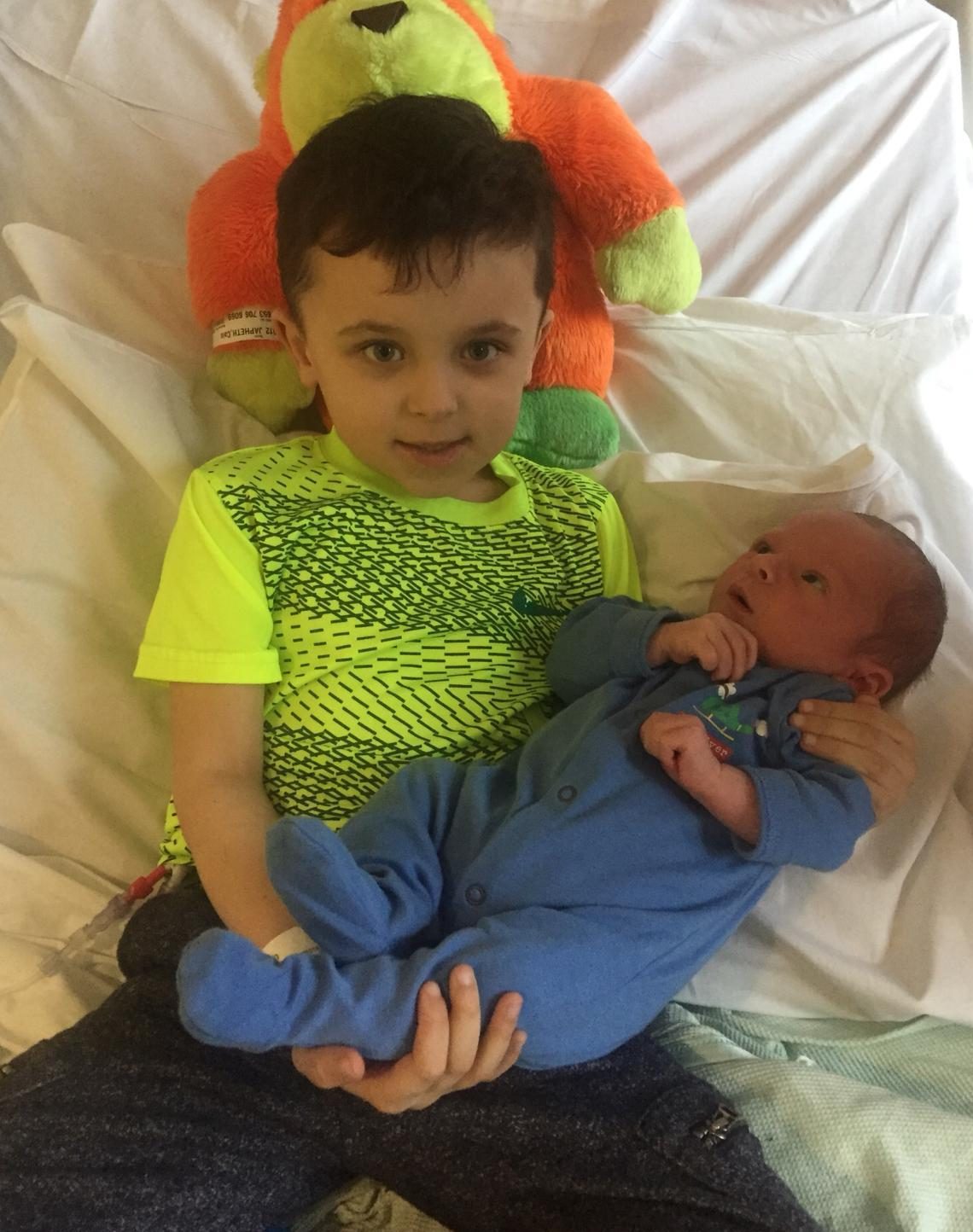 “All I could think of was Caio and how he had just been diagnosed with cancer. And I just wanted to be with him.”

Caio had been feeling unwell for a month before his shock diagnosis in February this year.

Gwennan, a hairdresser, said: “He’d been unwell for a few weeks and we took him to the doctors a few times and they told us it was just a virus.

“He’d had a bad ear infection and he was pale and off his food. He just wasn’t right.

“They said a few times that it was a virus but then on the third time that we went back to the doctors they referred him to hospital for some blood tests.” 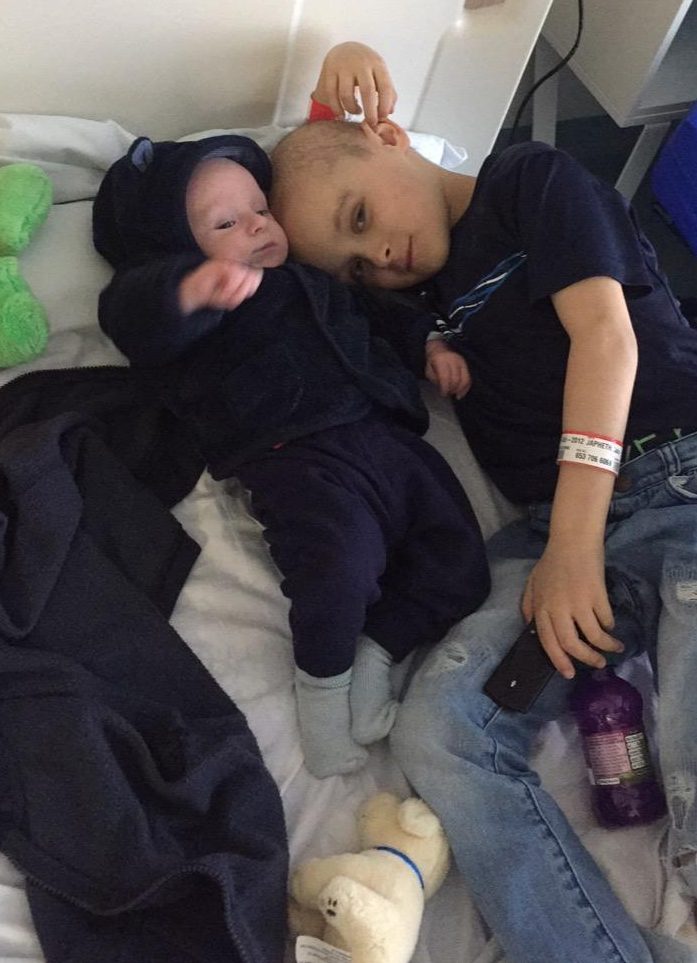 At the same time, Gwennan, whose partner Ilid Japheth, 31, is a mechanic, went into labour with the couple’s third son and went to Bangor Hospital to give birth.

She said: “The doctor called as I was in the labour ward and told us that they had his results and he needed to come into hospital immediately.

“His grandparents brought Caio into the hospital and we met them in the children’s ward. I was in the early stages of labour and my contractions had started but I managed to make it down to the ward.”

The doctors told the devastated couple that Caio was suffering from Acute Myeloid Leukaemia and needed to start life-saving chemotherapy treatment straight away. 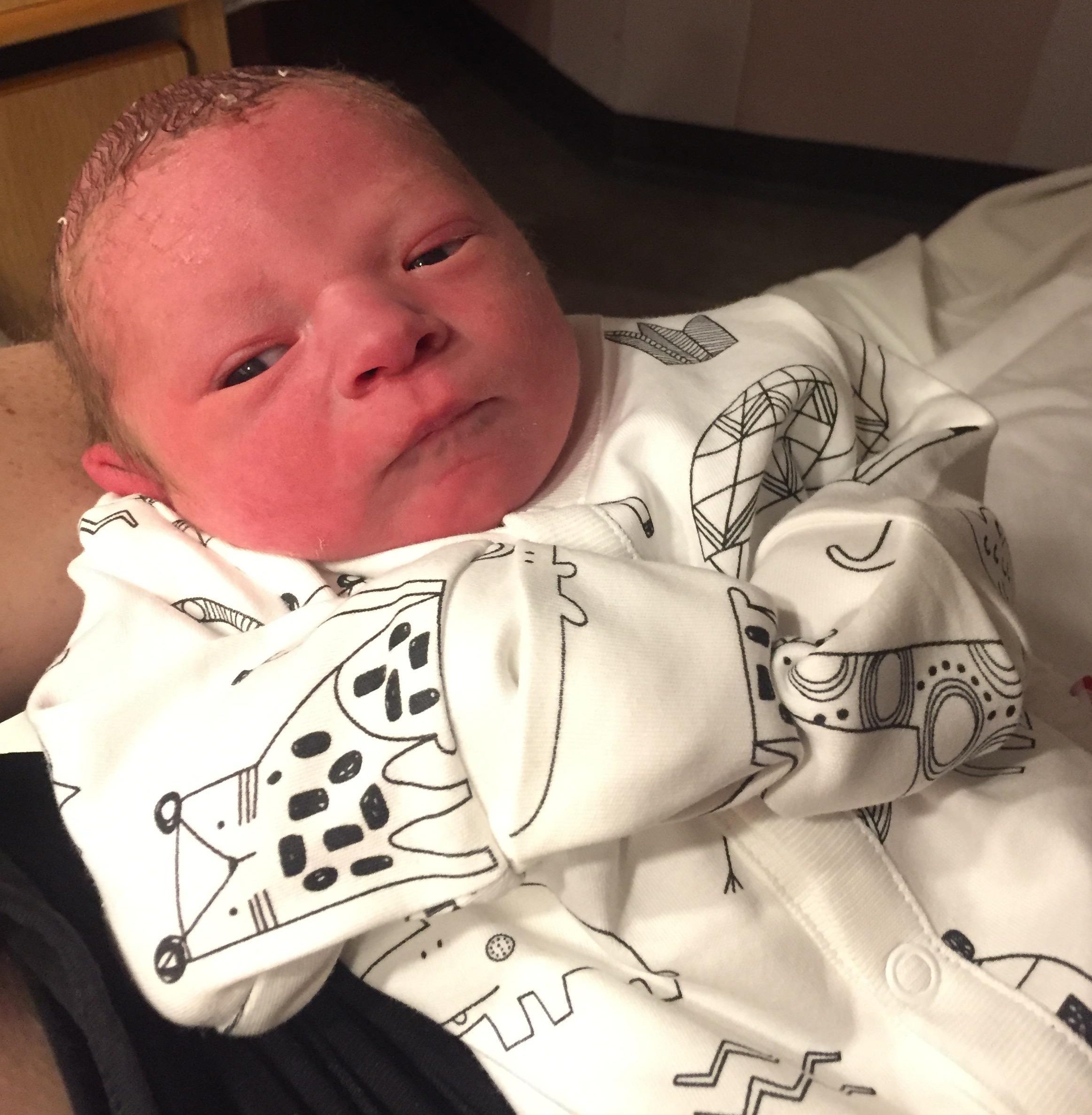 Gwennan said: “It was such a shock to be told that he had cancer. He was taken to Alder Hey Hospital and his dad went with him whilst I carried on giving birth.”

She said: “I couldn’t wait to be with him. It should have been the most amazing moment when I gave birth to our third son but all I could think of was Caio.”

Gwennan said: “He was in hospital for most of the time as the treatment was so intensive. He came home for a total of just three weeks in all that time. 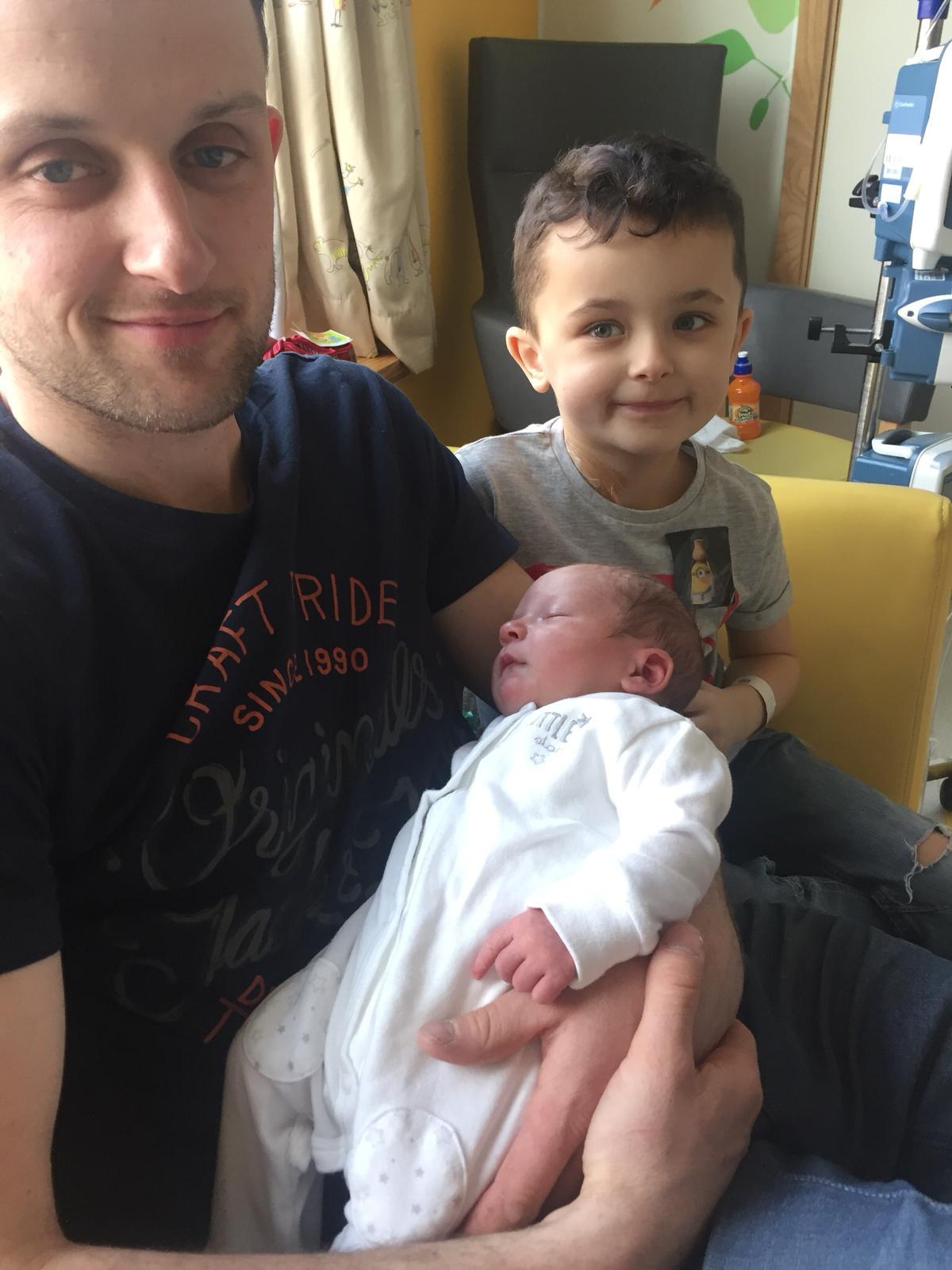 “It was difficult for me to have a newborn baby to look after whilst Caio was going through the treatment.

"Luckily we had accommodation near to the hospital, so our parents stayed with the children whilst we we were with Caio.

“He loved meeting his new baby brother – he was thrilled to be a big brother – and it really helped him through his treatment.

“Caio was so brave throughout his treatment. He developed an infection on his lungs in the middle of treatment and his lungs collapsed.

"He finally finished his treatment at the end of July and when he rang the bell at the hospital ward, which signifies the end of his treatment, it was such an emotional moment.”

Around 2,600 people each year are diagnosed with acute myeloid leukaemia…

Leukaemia is a type of blood cancer which effects cells in bone marrow and attacks the immune system.

The disease is often classified as what type of cell is affected (myeloid or lymphatic) and how it progresses (acute or chronic).

Acute leukaemia is when it is progressing aggressively and requires immediate attention.

The risk of developing acute myeloid leukaemia (AML) increases with age, with the cancer being most common in adults over 65.

There are four main types of leukaemia.

Typically the symptoms of AML can become increasingly more severe over time.

According to the NHS website, the signs to look out for include:

The outlook for sufferers can vary depending on the type you have, and your age and health.

Several medical tests have suggested that almost half of those aged under 60 diagnosed with AML will live for at least five years, according to the NHS website.

In some types of AML, such as acute promyeloid leukaemia, around 85 per cent will live for at least five years.

Typically the outlook for children is better than adults. 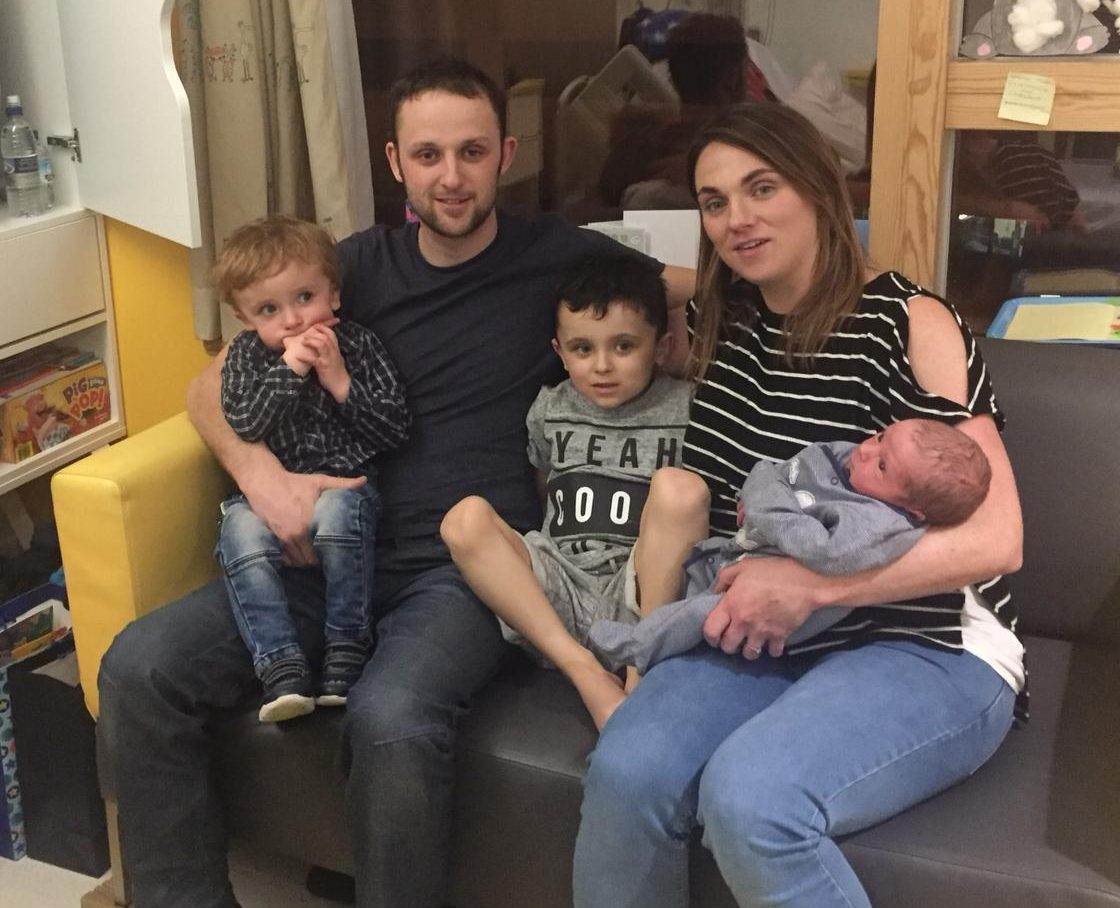 Caio has now beaten his cancer and is in remission and has check-ups every month.

Gwennan said: “It is such a relief that he has managed to beat the cancer and now we can finally get on with being a family at last.”

These are the 10 deadliest cancers that affect kids – and how to spot the signs in your child.