But the evening turned into a disaster when the 25-year-old, from Liverpool, was glassed by a total stranger on the dancefloor – all because she was rejected by Emma's fiance Connor Dunne, 25. 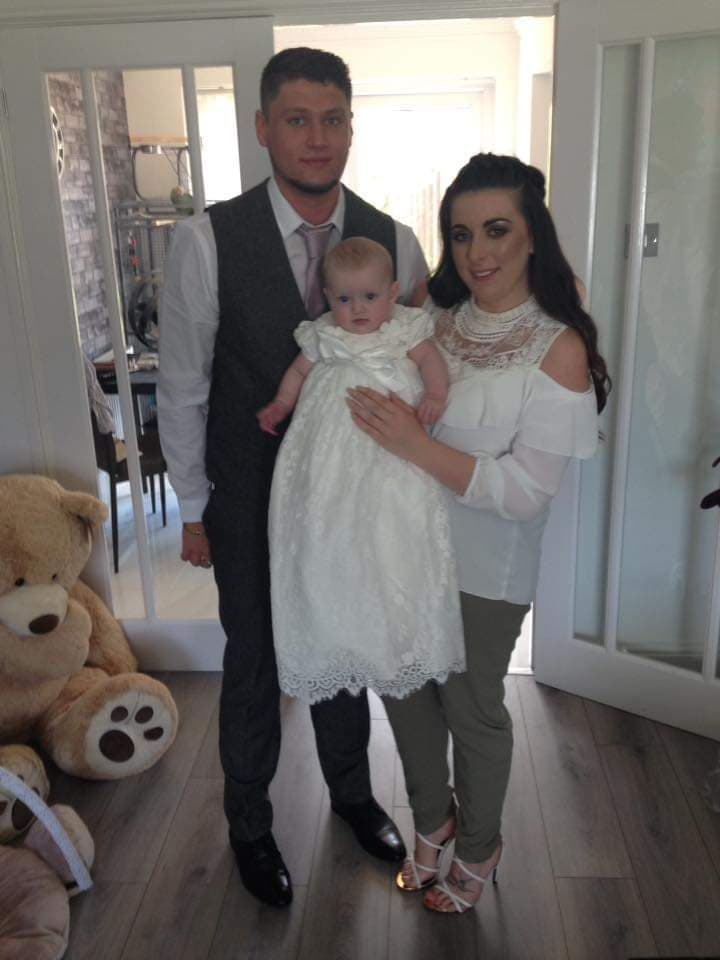 The vicious attack in February 2018 left full-time mum Emma scarred for life – and terrified to leave the house with her baby daughter, now two.

Here, speaking exclusively to Fabulous Digital, she tells her story…

Rummaging through my wardrobe, I desperately tried to find something to wear – before spying an LBD hidden in the pile.

It was my first night out since having my little girl, Niamh, a year earlier and I wanted to look my best. 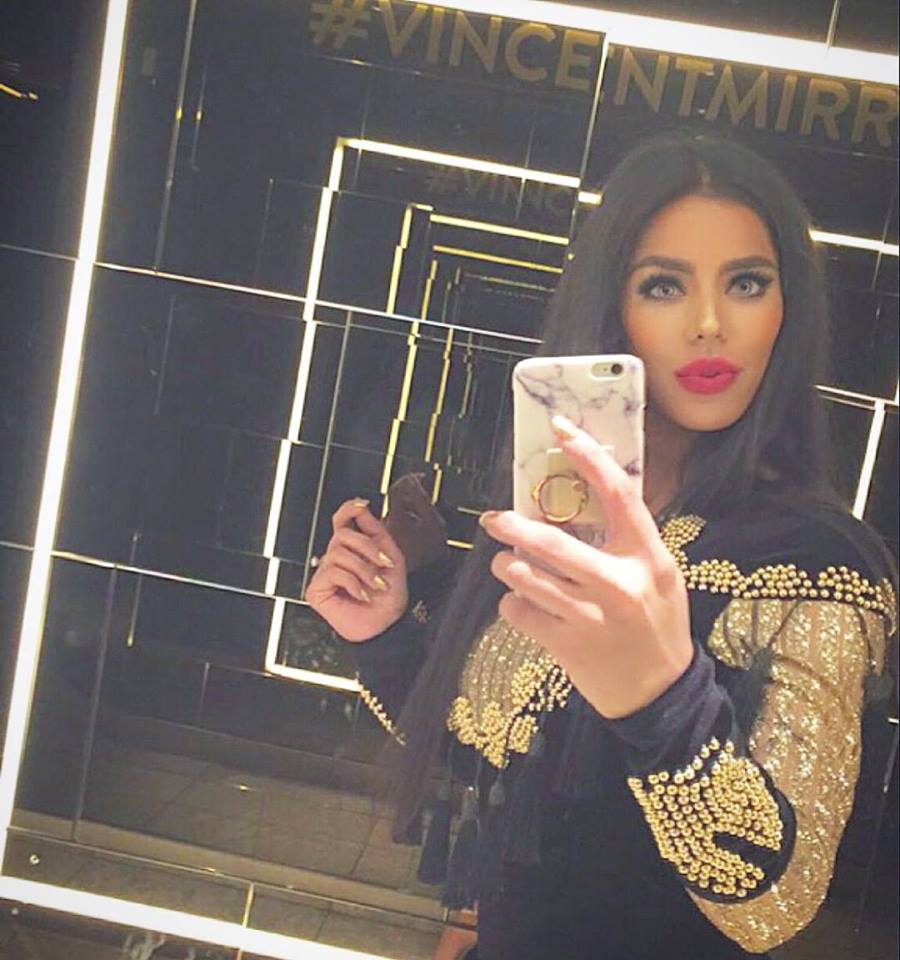 I loved being a mum and threw myself into parenting, but I couldn't wait to let my hair down after a year of play dates and baby groups.

When my mum was given tickets to a Whitney Houston tribute act for Christmas, I leaped at the chance to have a boogie with her, my brother Rob and Connor.

When we headed out, we were like a pair of giggling school kids.

"You look beautiful," Connor grinned as we got into the taxi. We met my mum and brother at the theatre, we had a brilliant night.

The act was fantastic, and as I danced along to I Wanna Dance With Somebody, I couldn’t stop laughing.

"This is exactly what I needed!" I laughed with Connor, as I twirled to the diva’s hits.

I can’t see," I screamed as I crumpled to the floor. I could feel the blood running down my face. I thought she'd blinded me.

After the show, I jumped at the chance to join my best mate Becky at Maya nightclub – in the city centre – and convinced Connor and my brother to come too.

"Come on, let’s go for a bit. It’ll be fun," I told Connor, pulling him towards the club. When we met my mate inside, I couldn’t stop smiling as we posed for photos.

"I’ve missed this," I laughed as we hit the dancefloor, but my feet were killing me.

It had been ages since I’d worn stilettos and it wasn't long before I needed to sit down.

"I’m going to sit this one out," I mouthed to my friend, limping over to the sofa at the side of the dancefloor – and the others joined me.

I was so busy chatting, I barely noticed when another clubber shimmied her way up to my fiance on the dancefloor.

The stunner was trying to dance with Connor and, although he didn’t bat an eyelid, she was really persistent.

When she began to drunkenly dance up against him, my brother stepped between them to deflect her attention. 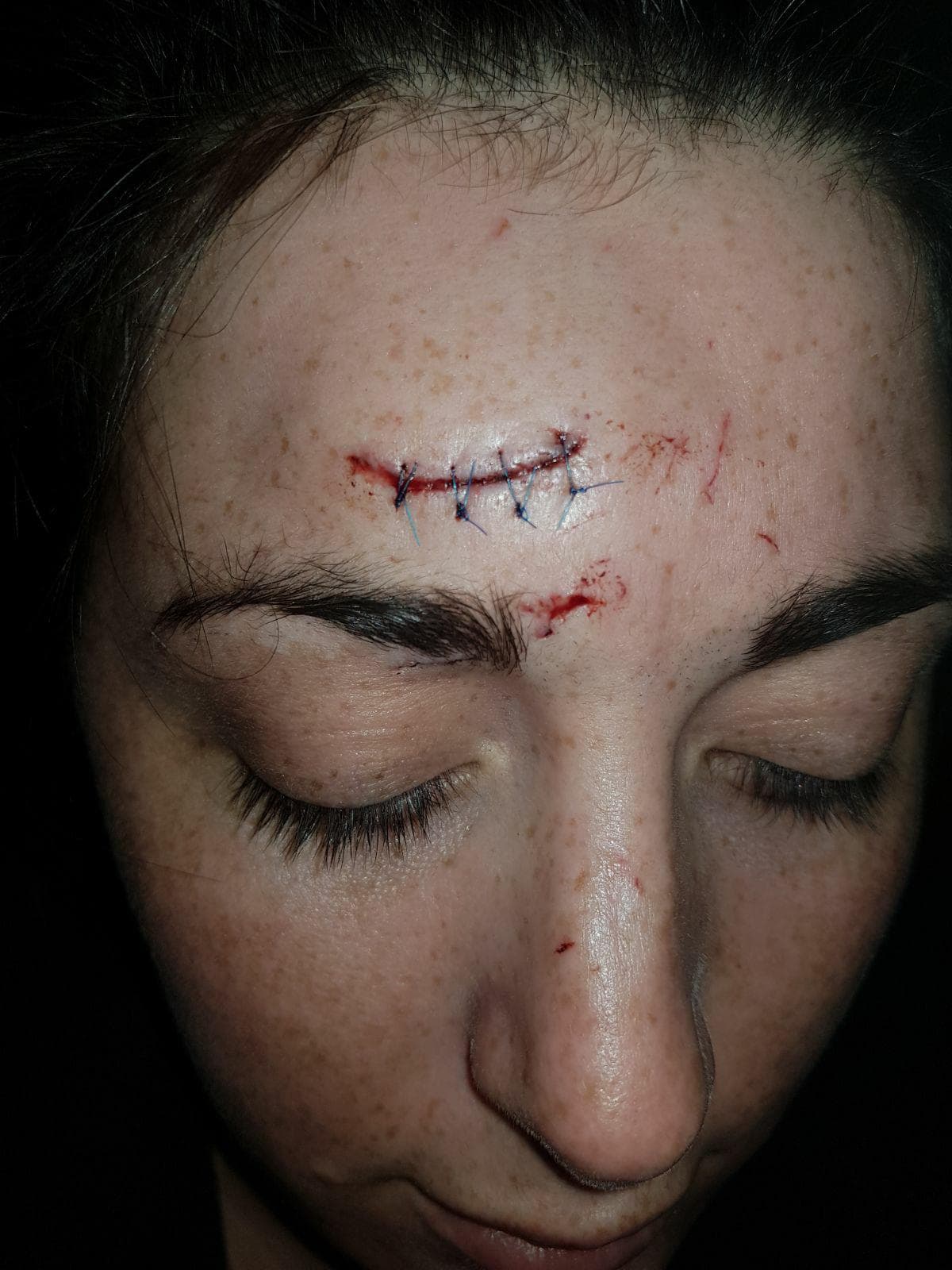 "What's she doing?" I wondered, when suddenly she grabbed me by the arm.

I was so confused but, despite trying to shake her off, she wasn’t letting go.

She looked like she was trying to say something, but the music was so loud I couldn’t hear a word. "What?" I yelled, getting closer.

Just as quickly as she grabbed me, she let go. She stumbled backwards, but her face was furious.

Then I froze in fear as she hurled a glass into my face – and everything went black.

I became a shell of my former self. I jumped at the slightest noise and became terrified of the outside world.

"I can’t see," I screamed as I crumpled to the floor. I could feel the blood running down my face.

My friend desperately tried to clean the blood off me, but I was terrified.

"I’m blind!" I cried, as Connor rushed to my side, trying to stem the bleeding. I was horrified.

I couldn’t see anything, but I heard my sick attacker laughing as security pinned her to the floor.

Paramedics rushed me to the Royal Liverpool Hospital, where I was treated for a deep cut to my forehead and a broken finger. I was left scarred for life. 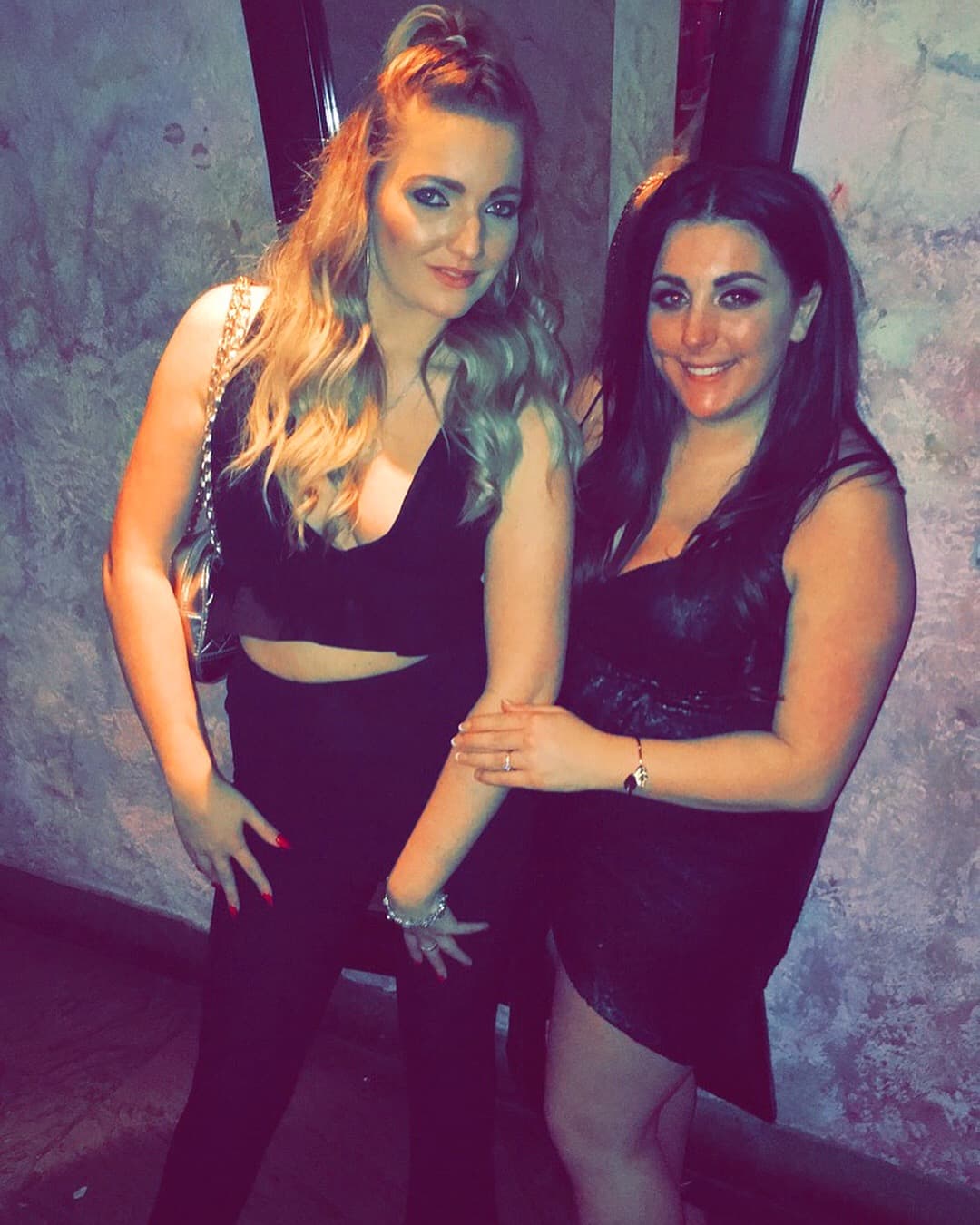 I was sickened by what had happened, but my ordeal was far from over.

My attacker, Fazana Ayoub, tried to claim that it was self defence, that Connor had attacked her.

"She’s lying," I told police, as they explained her crazy accusations. We didn't even know her.

Ayoub continued to lie, changing her statement three separate times, but thanks to CCTV footage, police saw through her claims and she was charged.

As the reality of my scars sunk in, I became a shell of my former self.

The shock had left me a nervous wreck and soon I couldn’t cope with looking after Niamh, as well as our beloved dog Hunter.

"We have to give Hunter up," I whispered to Connor. I couldn’t even brave leaving the house, let alone walking a labrador around the park. 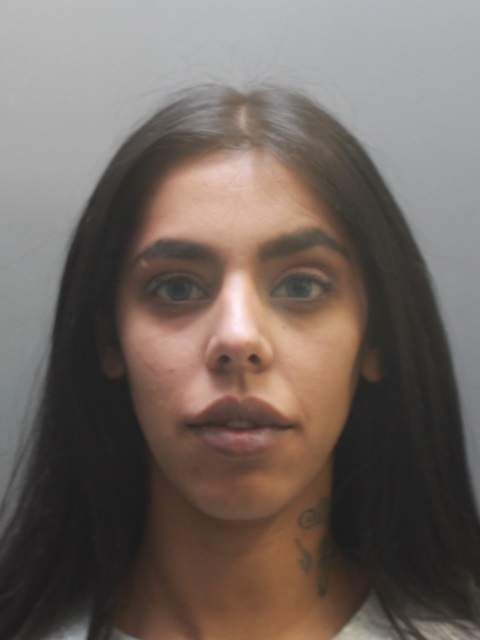 Worst of all, I felt completely isolated from my baby and was suffering with severe anxiety.

It broke my heart as I struggled to be the happy mummy Niamh was used to.

"We can’t go to the park today," I told my little girl, locking myself in the house.

I jumped at the slightest noise and became terrified of the outside world. I was now fully aware of what people were capable of and it had scared me to the core.

"Me and Niamh… we’re losing our bond," I sobbed to Connor one evening. But he was amazing, and vowed to support me through my trauma.

"It’ll be OK. We can get through this," he reassured me. Over the next couple of weeks, with Connor’s support, I finally felt brave enough to finally take Niamh out.

I applied a thick layer of make-up to hide my scar first, but I was getting there. 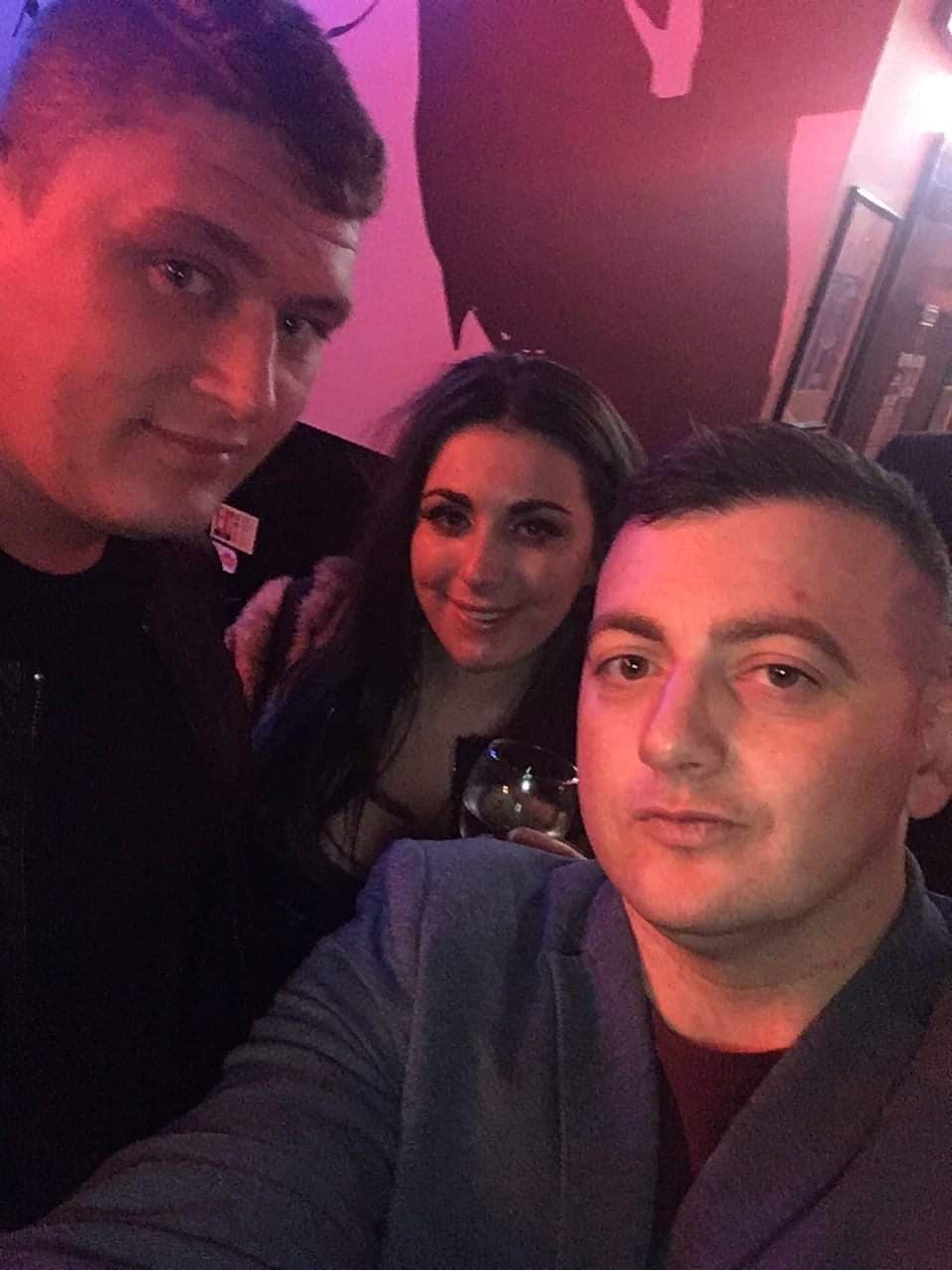 I was desperate for answers though. I just couldn’t understand what would drive that stranger to attack me.

Police revealed that Ayoub had a string of 13 convictions for 27 offences.

She was a serial offender, but the reason she attacked me was because Connor had spurned her, and I’d paid the price.

All this over a dance? It was shocking but it was the closure I needed, and I vowed not to let the attack ruin my life.

I breathed a sigh of relief in September when she was jailed for 12 months, for unlawful wounding, but Ayoub only served four weeks of her sentence.

I thought "she's really done no time at all", four weeks is nothing. I thought a year was fair enough.

I’m not worried about bumping into her though, I'm getting on with my life now.