After trying them on, she wasn't sure if the pieces were a perfect fit – but her TikTok followers were definitely in favor of the skimpy skirts. 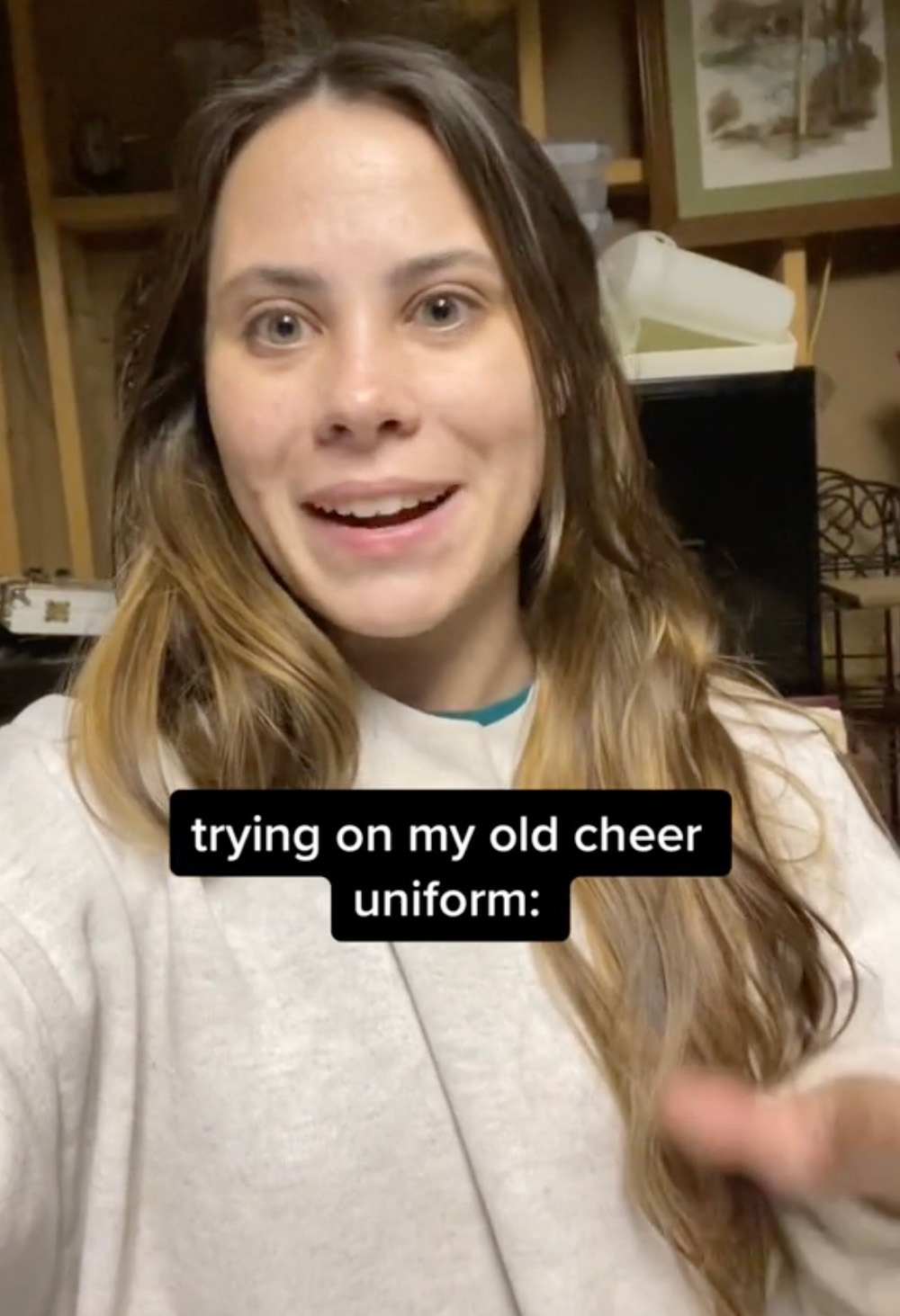 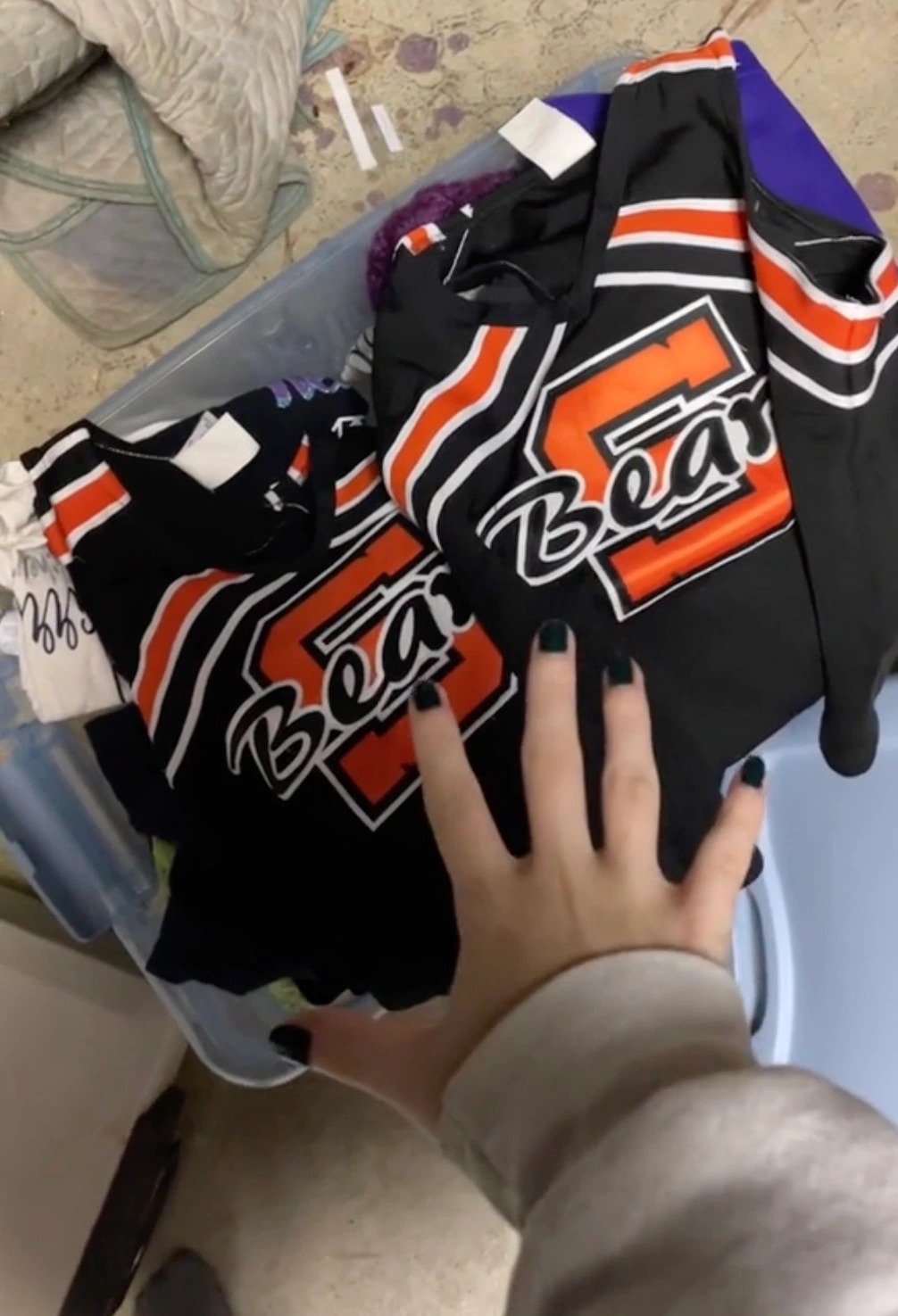 Kailyn Glenn hasn't strayed too far from her high school sport – today, she is a cheerleading and gymnastics coach.

The athlete invited her followers to watch her try on the skirts, shirts, and shorts that used to be a major part of her wardrobe.

"I thought it would be fun to see if I can find my high school cheer uniform and try it on," Glenn said.

The uniform was retired at least six or seven years earlier. She found one component of the outfit right away: a gigantic bow. 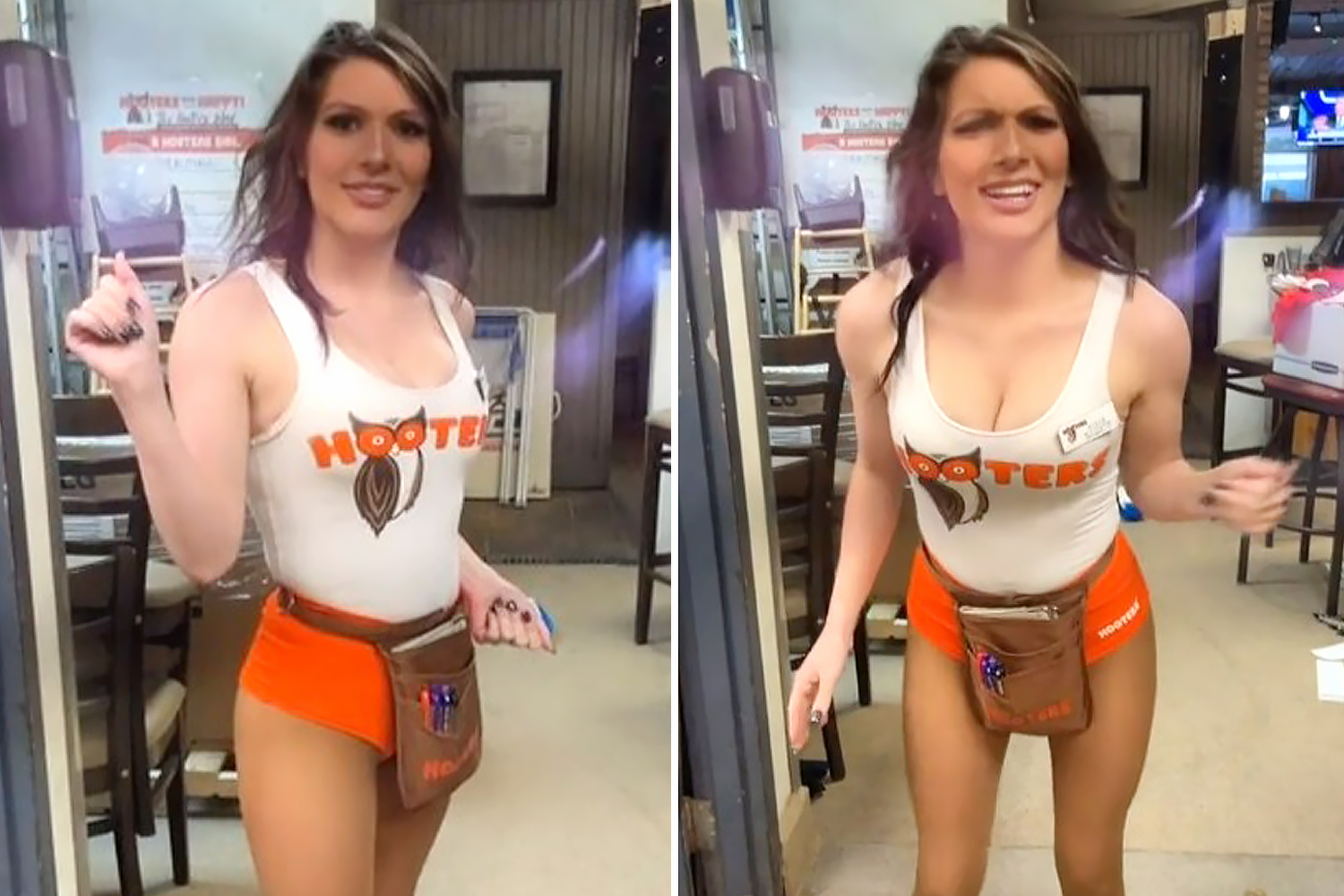 I’m a pregnant Hooters girl – they have tight maternity uniforms

"This is twice the size of my head," Glenn said, holding it up in disbelief. "This is what I was wearing, every week."

Then, she showed a timelapse of herself sorting through boxes in her parents' basement, looking for the varsity uniform.

She found a bizarre assortment of components – she had two of the exact same shell top, but a different inventory of bottoms.

"Not one, not two, but three of the exact same skirt," Glenn said, showing them off to the camera.

Most read in Fashion 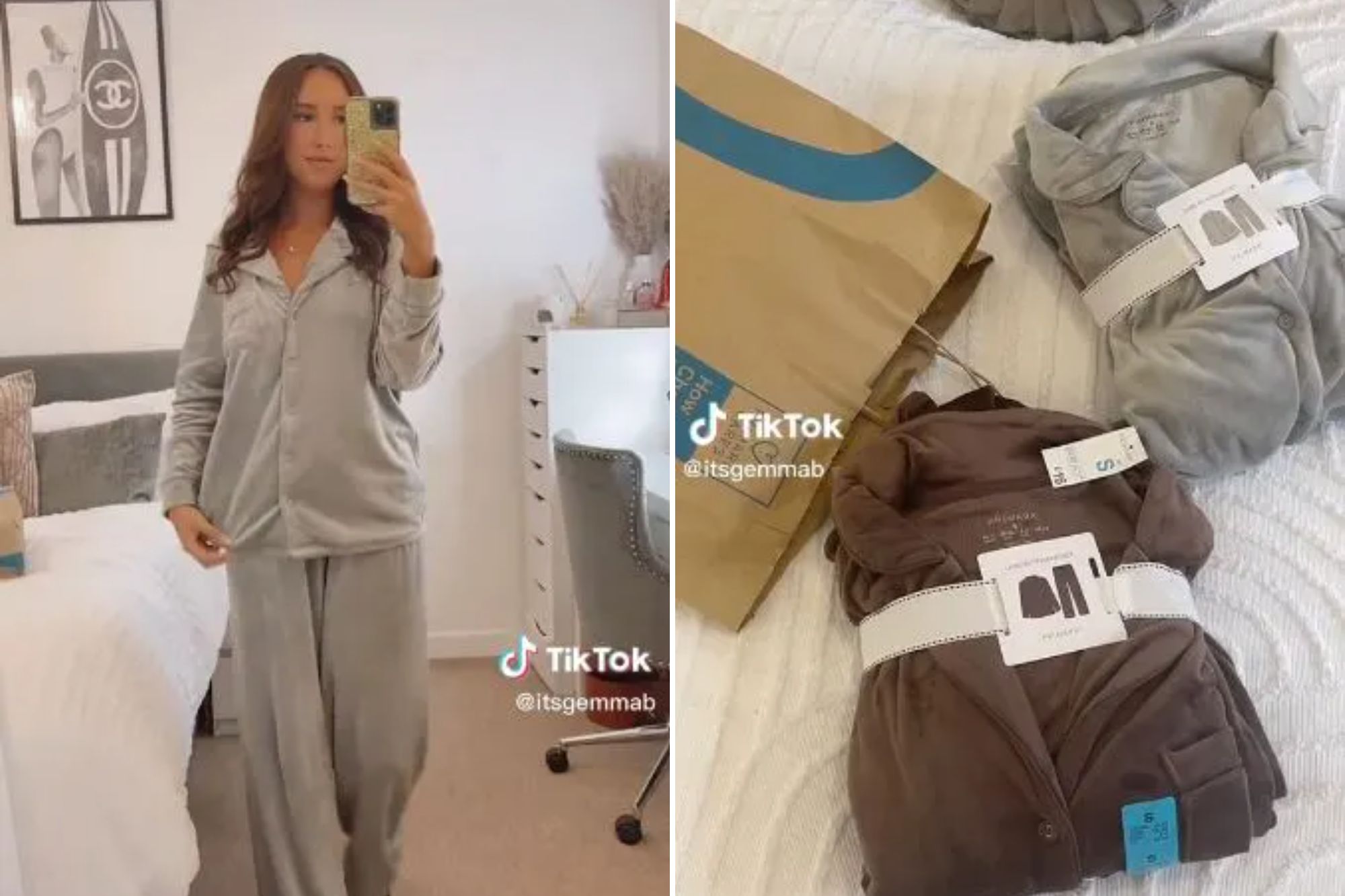 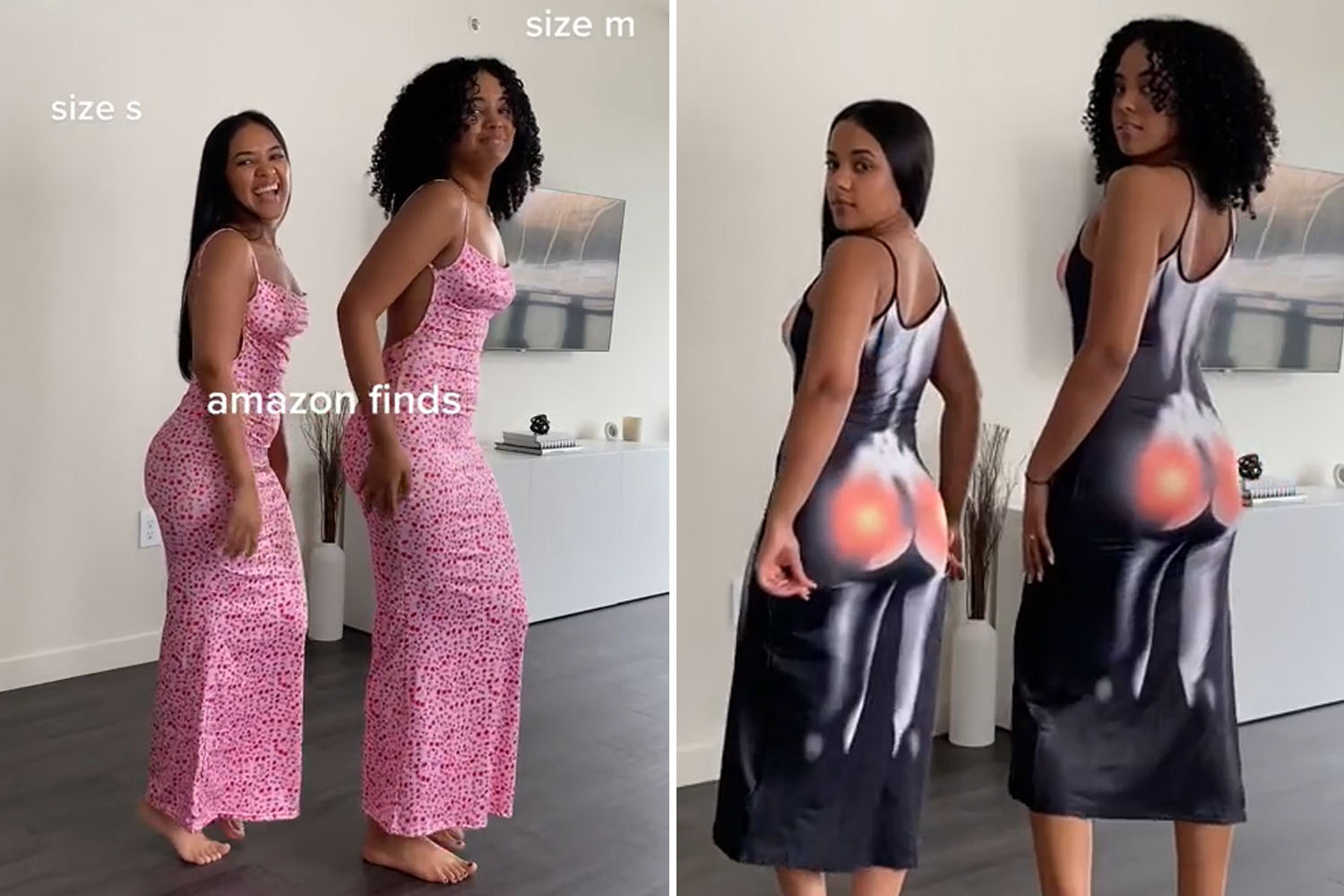 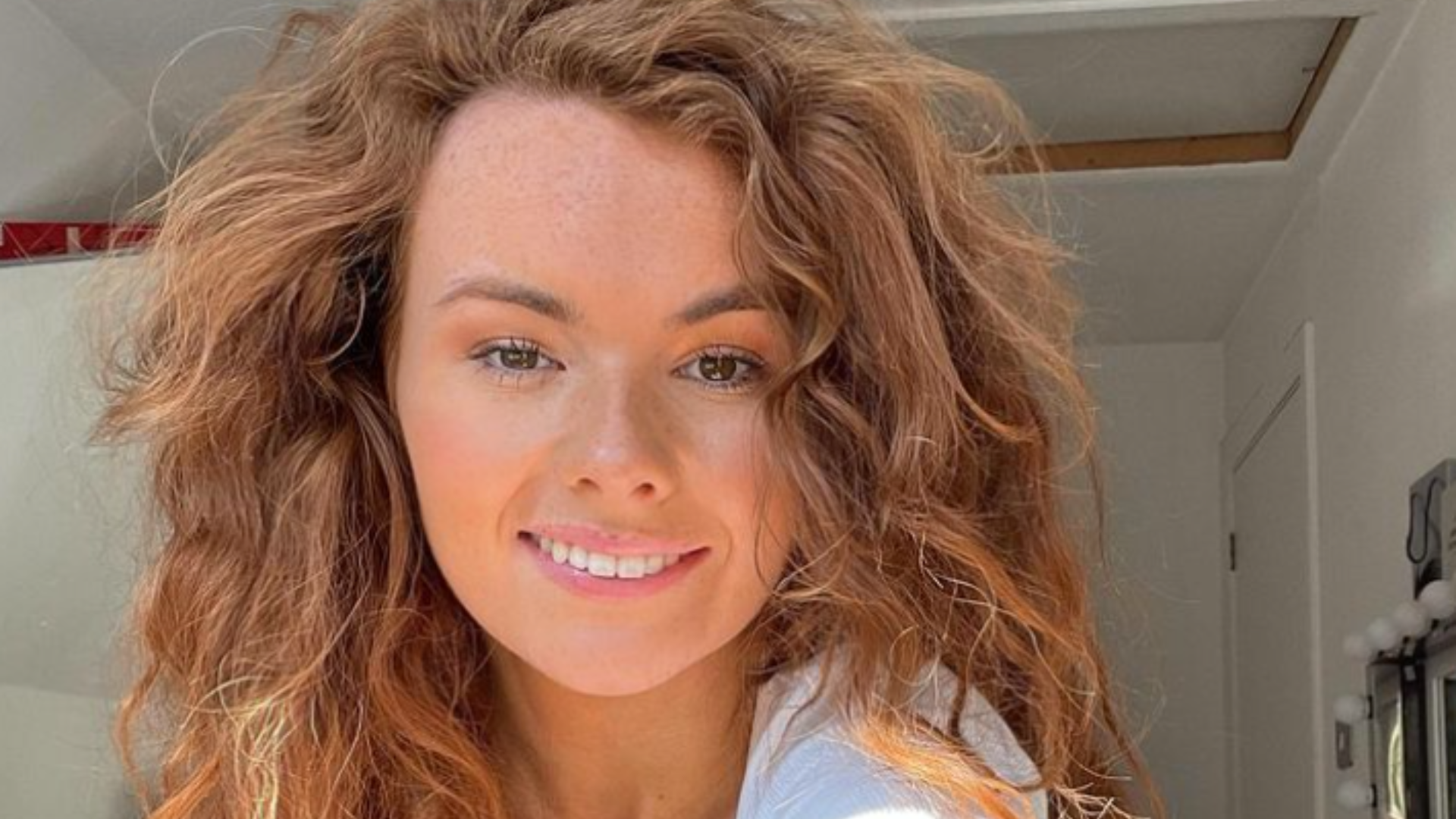 I’ve found the dream Xmas party heels – they’re so comfy, I won't take them off 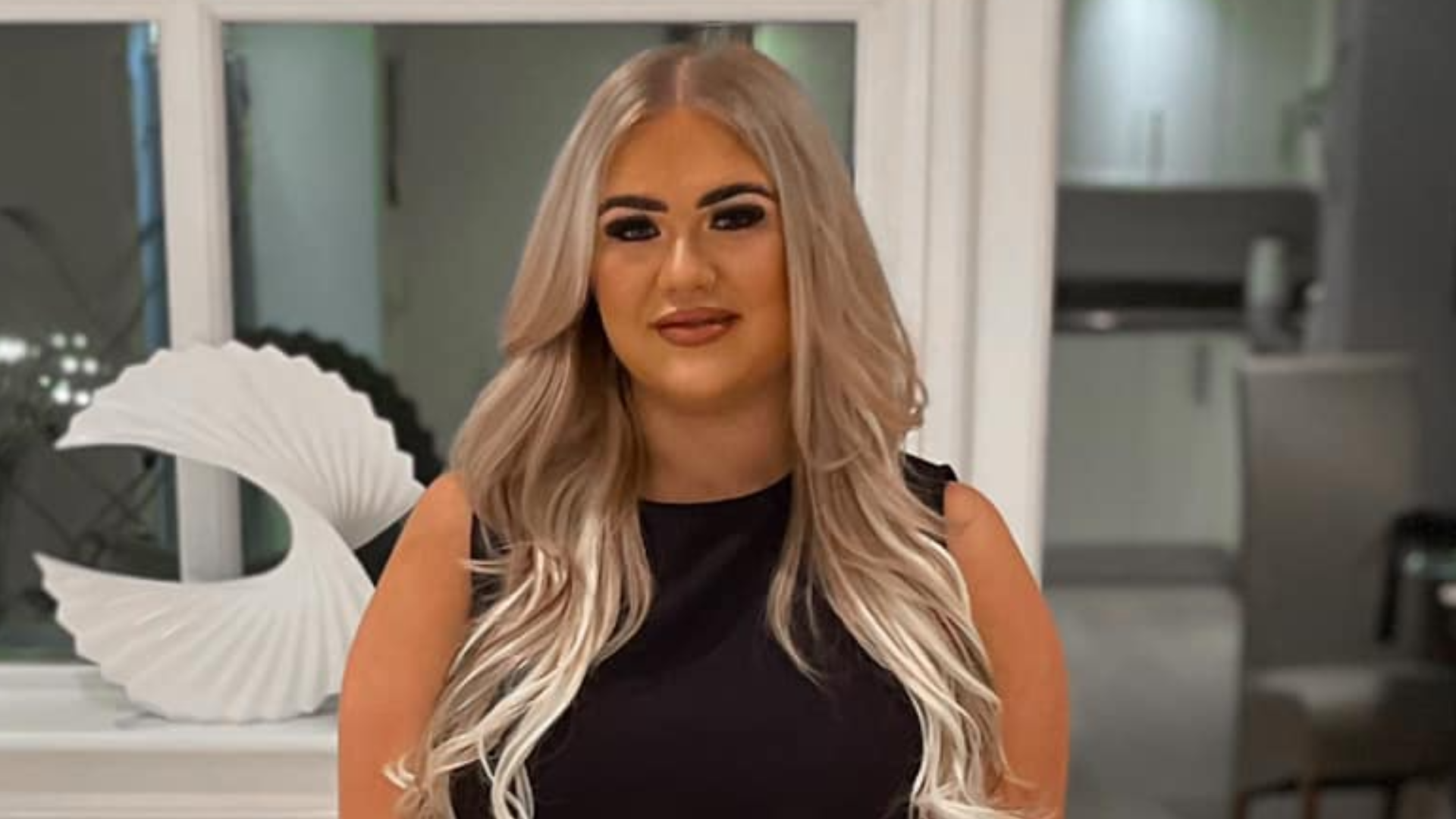 Right next to the skirts was a single pair of snug, color-coordinated shorts. "And then only one liner," Glenn said.

Trying on the first skirt, Glenn was not impressed. 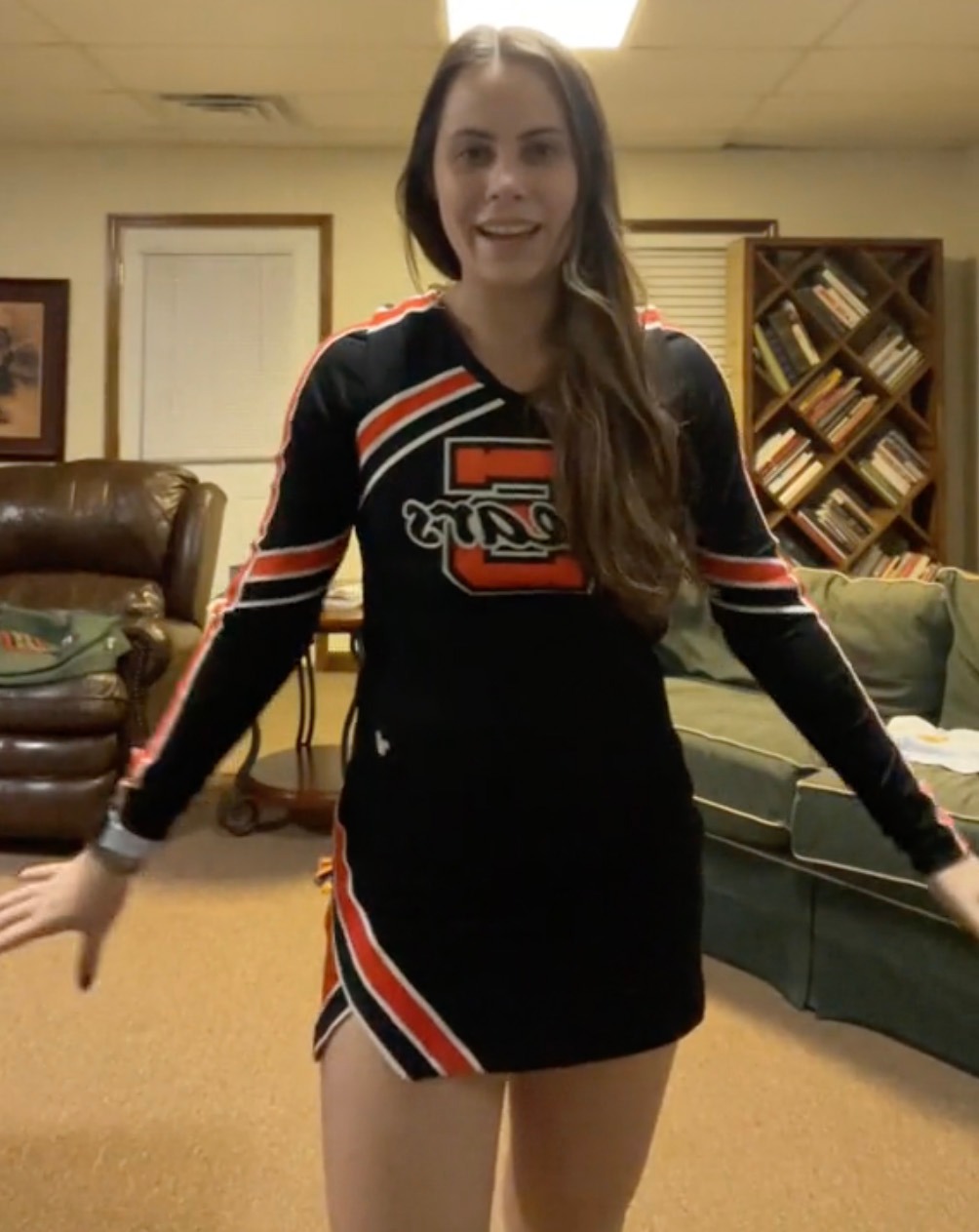 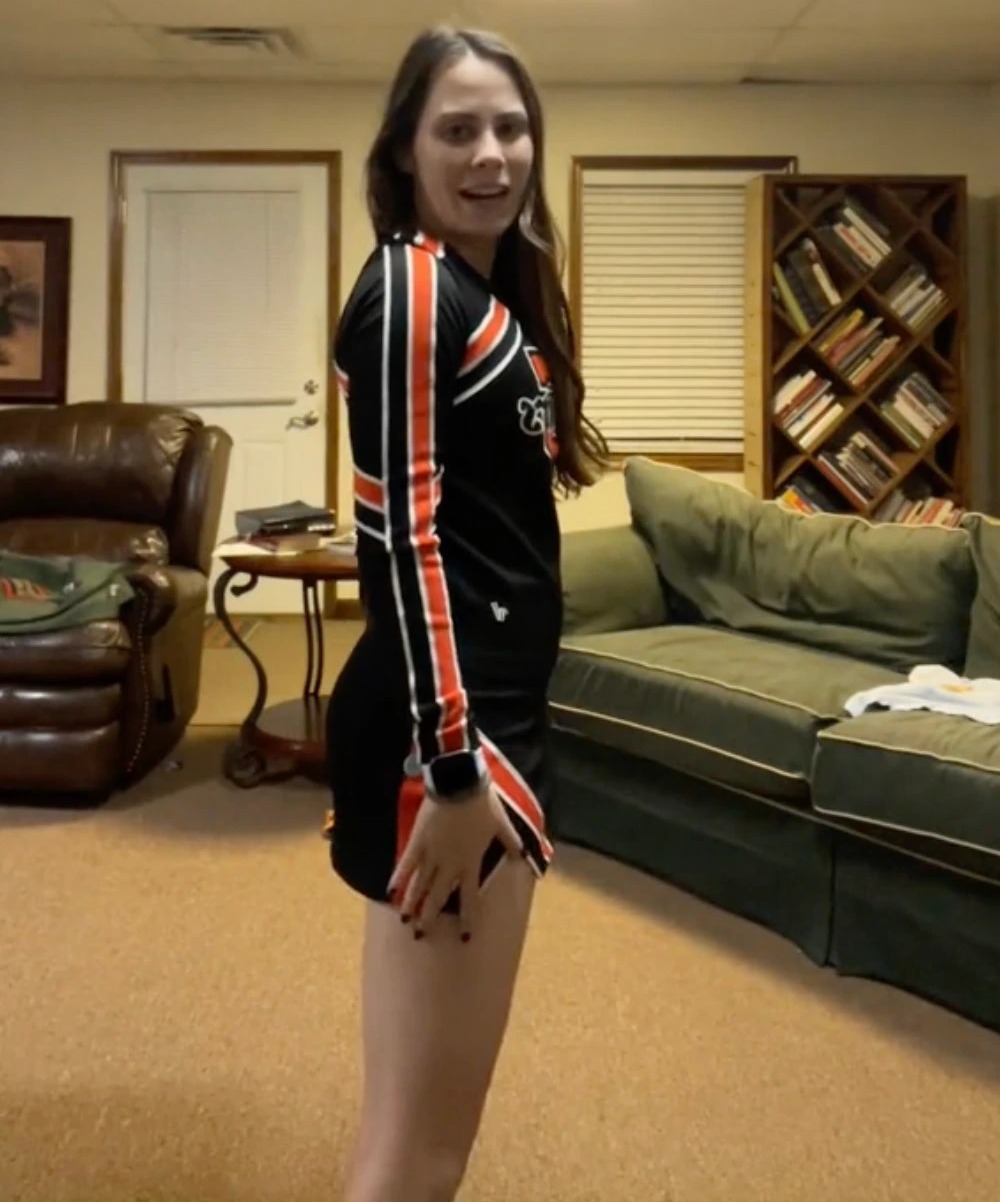 But she held up one of the duplicate skirts. "This skirt is, I think, a size up," Glenn said.

Trying it on confirmed her theory. "This is much better," Glenn said, turning around to show the slightly-longer skirt.

Being able to breathe more easily inspired her to action. "I am in the mood to bust out with some dance right now," she teased.

TikTok commenters loved the look on Glenn, and she even got some positive feedback from fellow cheer athletes.

"You're so pretty," one enthusiastic fan wrote.

And one commenter, a student at Glenn's old high school, expressed envy over the stylish uniforms.

"It’s my senior year," the cheerleader wrote. "Kinda wish our uniforms looked like this still, that one’s really cute!"