Janie Furner, 45, has now been reintroduced to the world of nappies, breastfeeding and sleepless nights two decades after her first and only child. 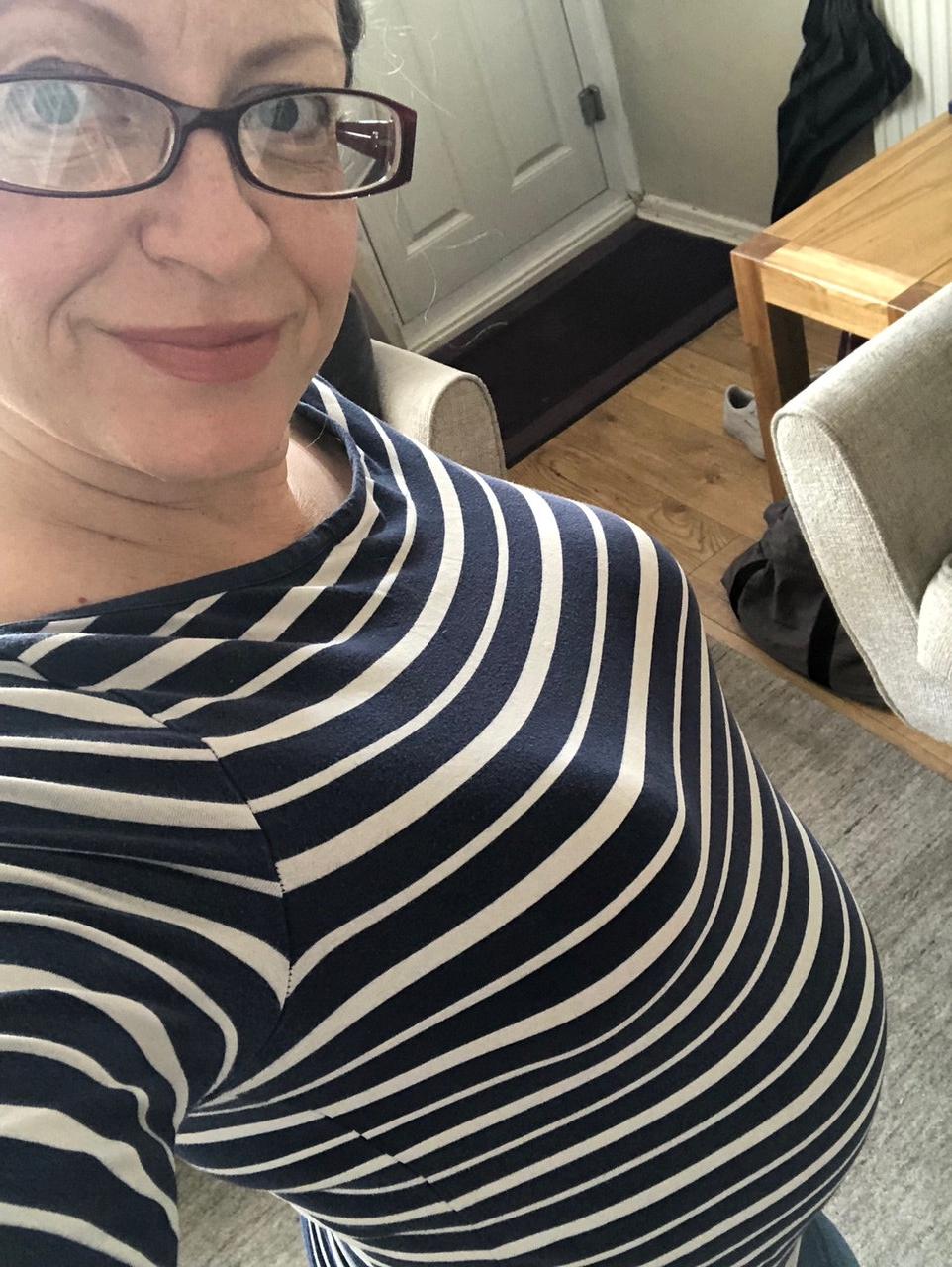 With her 20-year-old daughter Mia fleeing the nest earlier this year, both Janie and husband Gary, 43, from Graines, Essex, were looking forward to entering a new chapter of their lives.

But in April Janie noticed she was becoming incredibly nauseous. Believing she had a cyst on her ovaries Janie went to her GP who then referred her to have a scan.

But a week later during an ultrasound Janie was told she didn't have cancer and was instead almost half-way through a pregnancy with her second child.

The couple, who have been together for 22 years, are now readjusting to life with a newborn two decades after their firstborn. 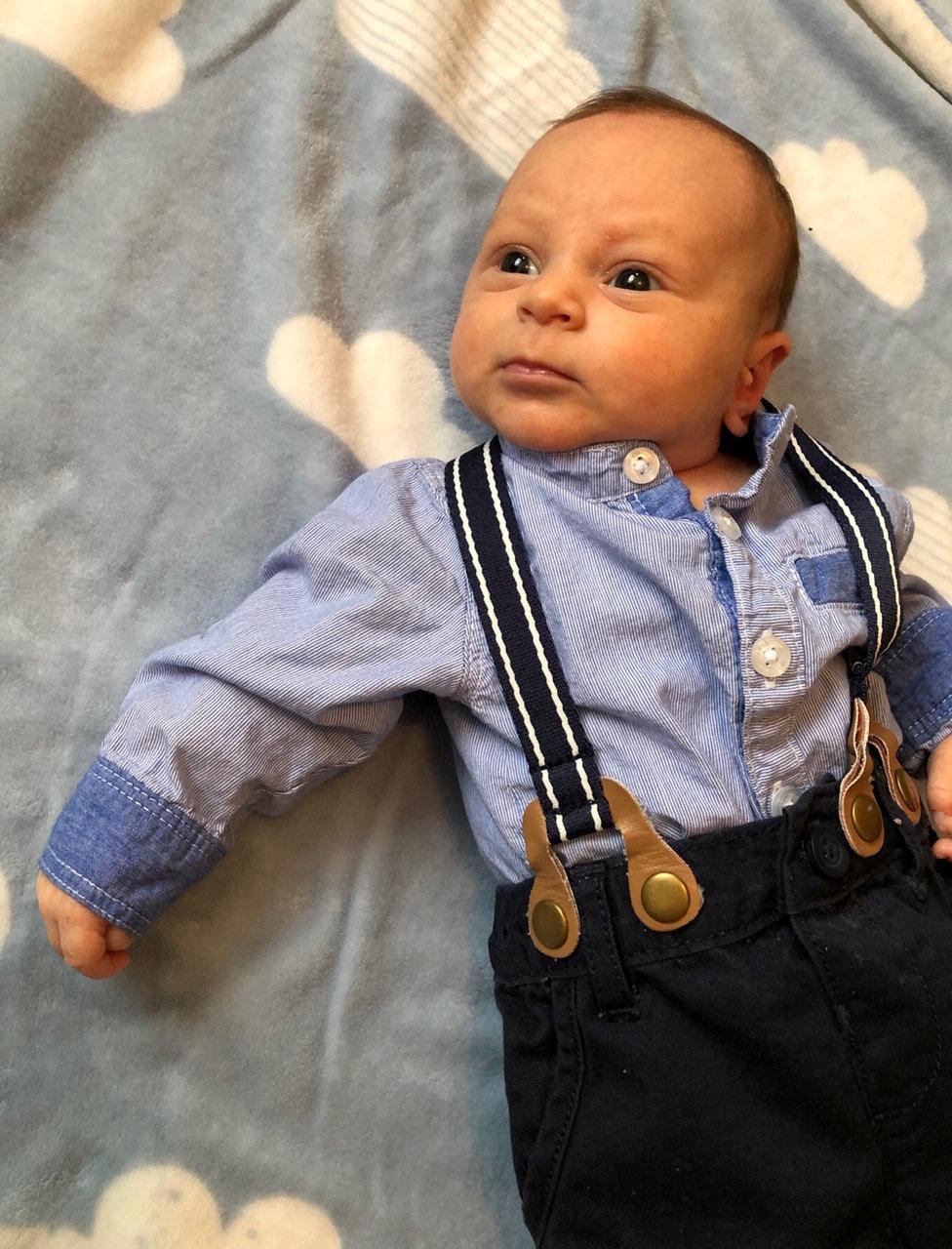 Janie, a teaching assistant, said: "I completely forgot about the tiredness that comes with a newborn. I'm back to sleepless nights, endless nappy changing and breastfeeding.

"I didn't picture my year to turn out the way it has but I'm now spending Christmas with my miracle baby."

Having suffered from polycystic ovary syndrome (PCOS) all her life Janie was always told her chances of conceiving were incredibly slim.

After having trouble conceiving her daughter Mia two decades ago, Janie and Gary resigned themselves to the fact they would only have the one child.

WE PAY FOR YOUR STORIES!

Fabulous Online is always on the lookout for jaw-dropping, tear-jerking and heart-wrenching stories to feature.
Join our Facebook group  or email us us to make £££s by sharing your story.

Janie said: "I googled my symptoms as you do and it was all pointing to ovarian cancer. I had a bad back, I was constantly needing the toilet and was being put off my food.

"Mentioning it now it seems so obvious I was pregnant. But I only have two periods a year so I'm really not fertile.

"It just never crossed my mind that I would be. I walked into the doctor's surgery fearing the worst.

"I hadn't even told Gary what I was going in for." 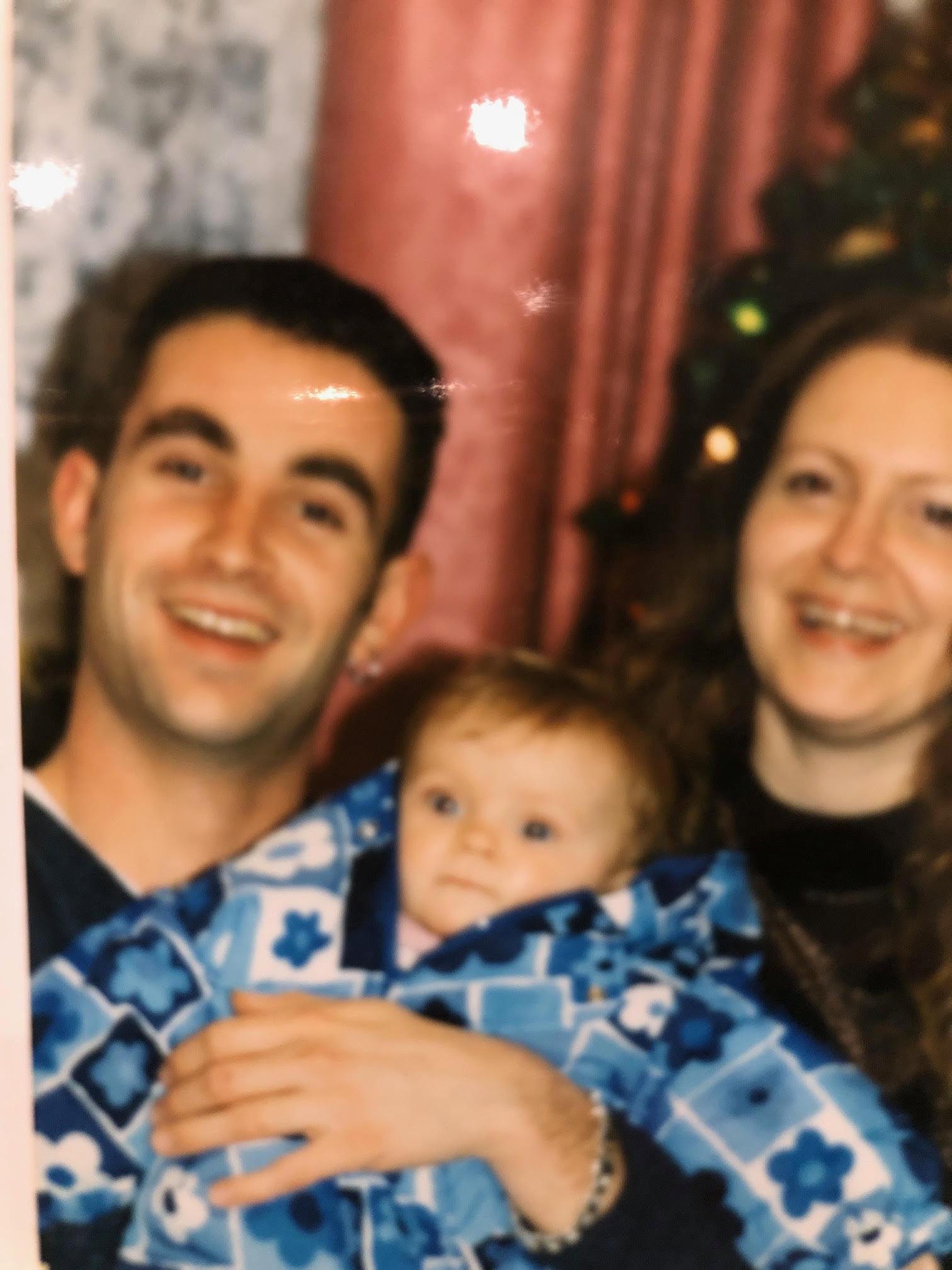 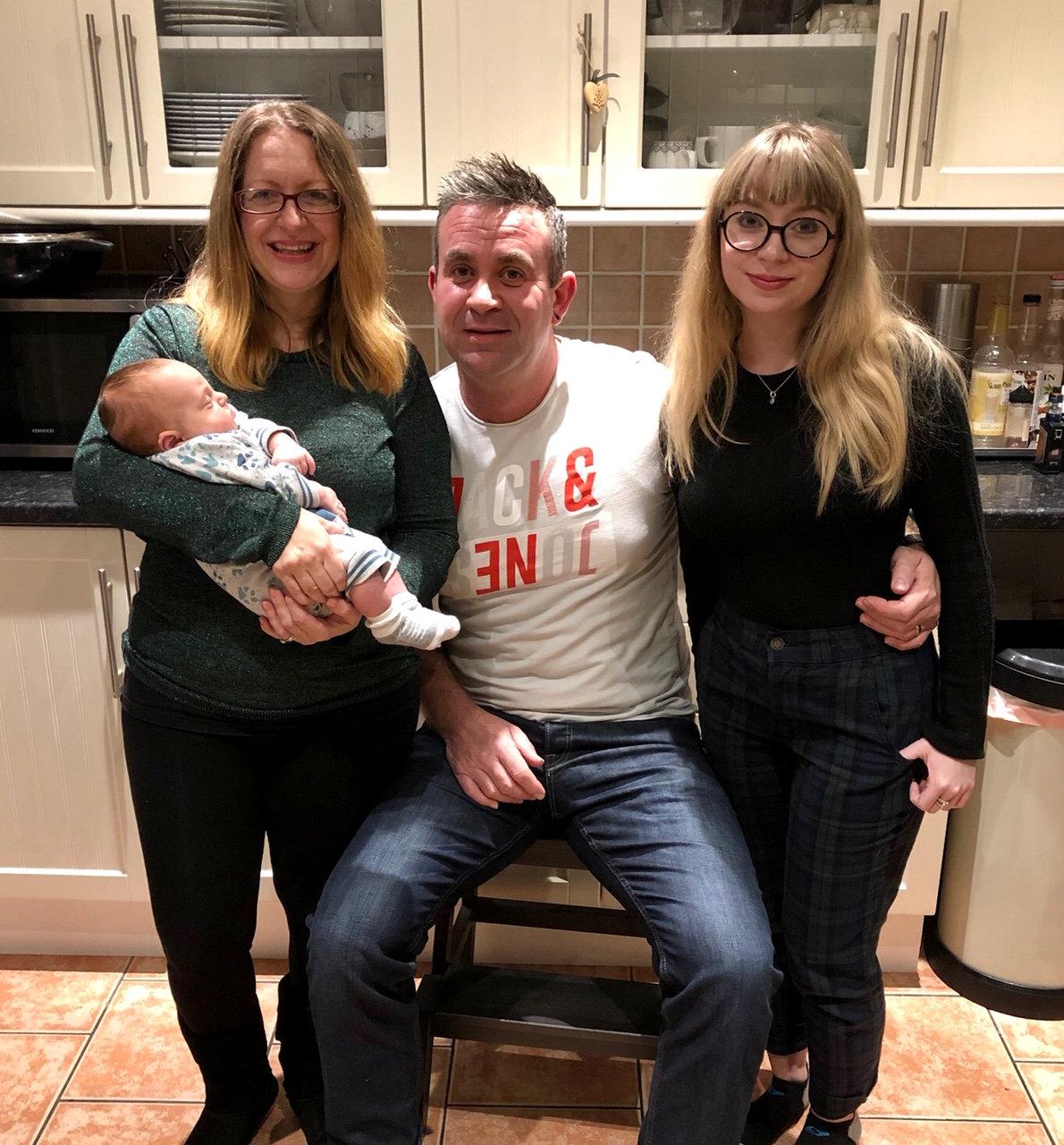 "He just drove me there and assumed I had women's problems. When the nurse  told me I was just in complete shock.

"When I went to the first appointment the doctor felt my stomach.

"There was no mention of pregnancy. You would think if I was 17 weeks gone he may have suggested it."

The couple waited a few weeks until telling Mia.

Her mum explained: "I was quite nervous as to how she would take it but she just burst into tears.

"Thankfully they were tears of joy – she said she always wanted a little brother or sister.

"Because of the age gap she is more of a mum to him."

Baby Oliver was born in October at 36 weeks via C-section weighing 5lb 7oz.

Gary, said: "I did notice Janie was getting a bit bigger but it was nothing worth pointing out.

"Another baby just wasn't on the radar. 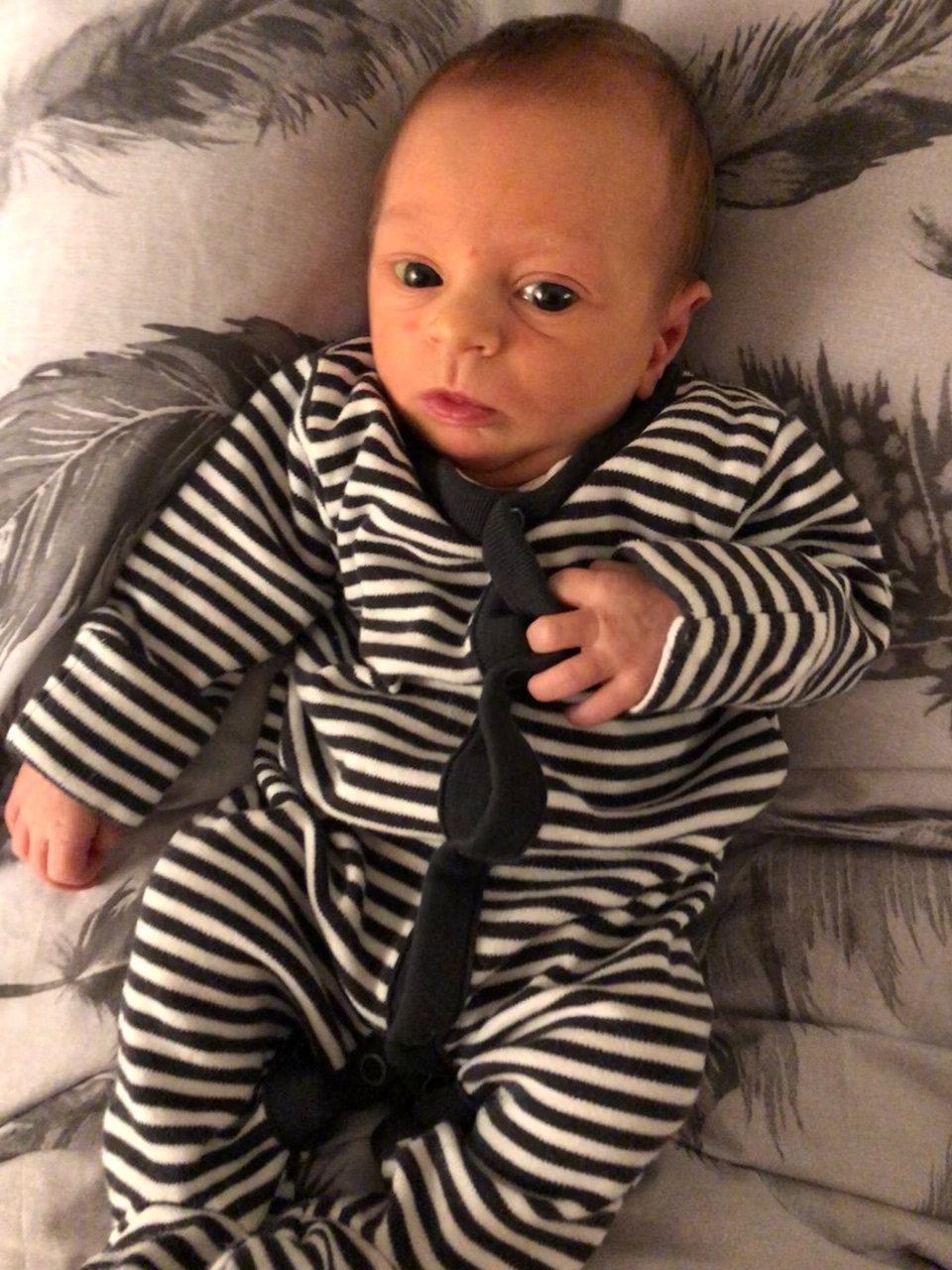 "When we went to the doctors I didn't even consider it as an option. I thought it was impossible.

"It took a few days for it to sink in but once I got my head around it I just thought it was incredible timing."

But with the surprise arrival of his son Gary says he is looking forward to celebrating the festivities.

He said: "Last Christmas was really hard as it was the first one without my dad.

"He was told by doctors it was pretty serious and 16 days later we lost him. 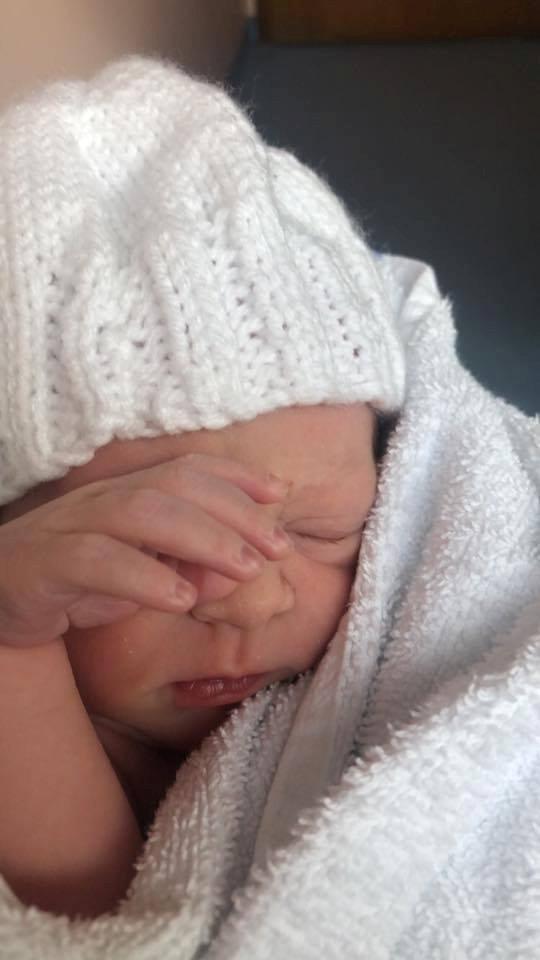 "And almost a year to the day of losing my dad I welcomed the son I'd never thought I'd have into the world.

Now nine weeks old, Oliver is about to celebrate his first Christmas at home.

Janie said: "We'll be joining my parents, my brother and sister and their kids. It will be a lot of fun with 13 of us there.

"We've got Ollie a huge orangutan hand puppet for Christmas.

"I keep telling everyone that he doesn't know Christmas and to save their money but I know he's going to be incredibly spoilt!"

This mum urges you to help and support bigger babies just like ones born premature, as part of The Sun's Christmas appeal.

And Coronation Street’s Kym Marsh helps us deliver festive cheer to parents and premature babies as part of our Light Up Christmas appeal.