Lucy Evans, 20, started having delusions two years ago, which made her believe that she was a monkey and a dinosaur. 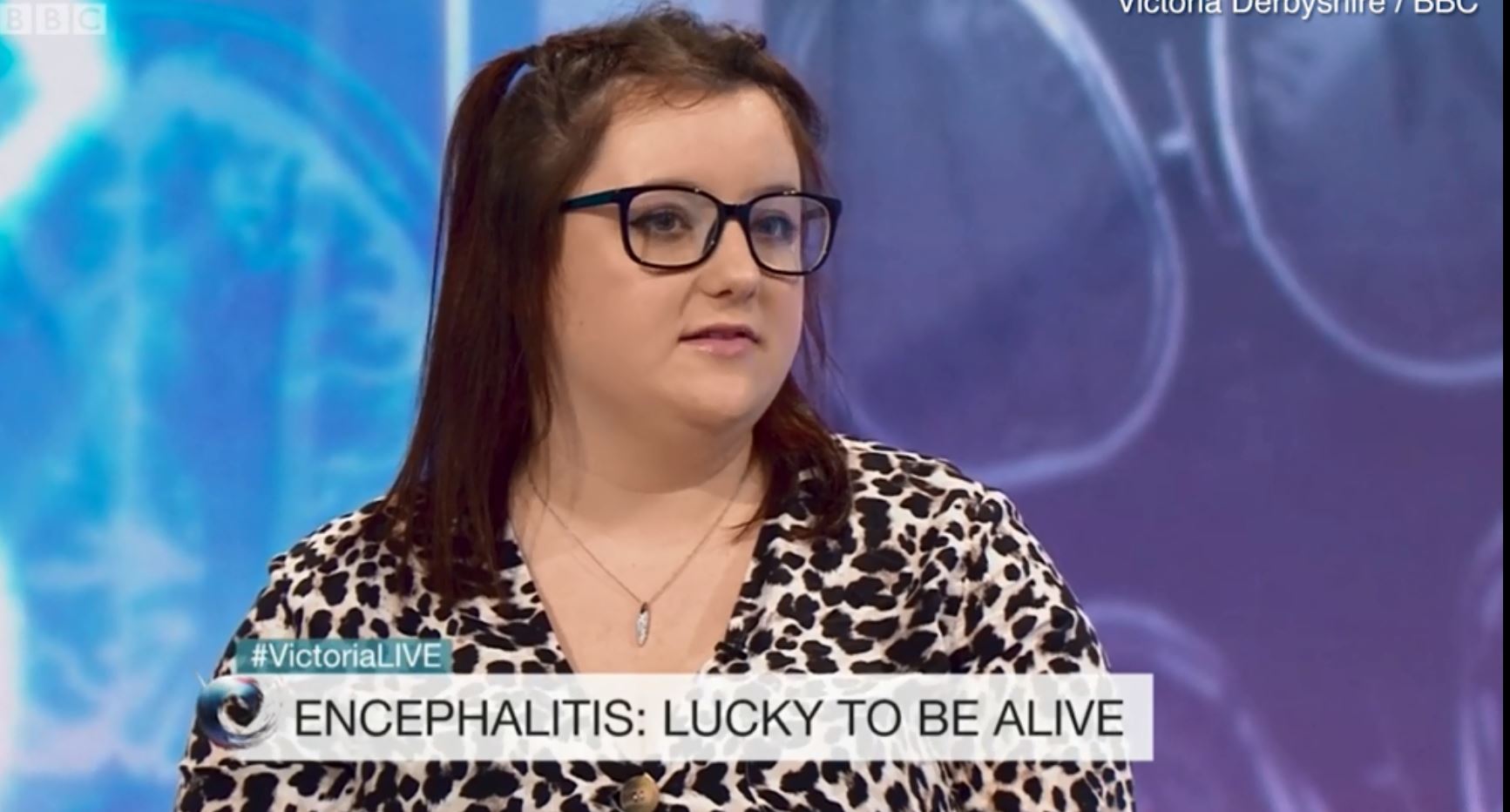 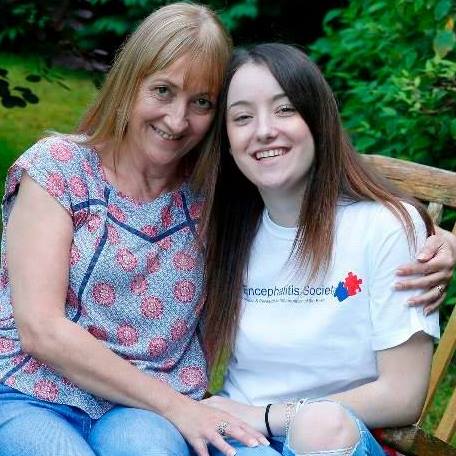 Speaking on the Victoria Derbyshire show this week, Lucy recalled leaving more than 25 messages on her boyfriend's mobile saying that she believed their relationship needed to end as she was going to return to live in a zoo.

"There was a time when I had a French plait in my hair and I thought I was a dinosaur and thought it was a dinosaur's tail," she told the show.

"There were all sorts of strange things like that happening.

"But I was suffering from psychosis as well so I was running down main roads, barging into neighbours' houses – all sorts of things. 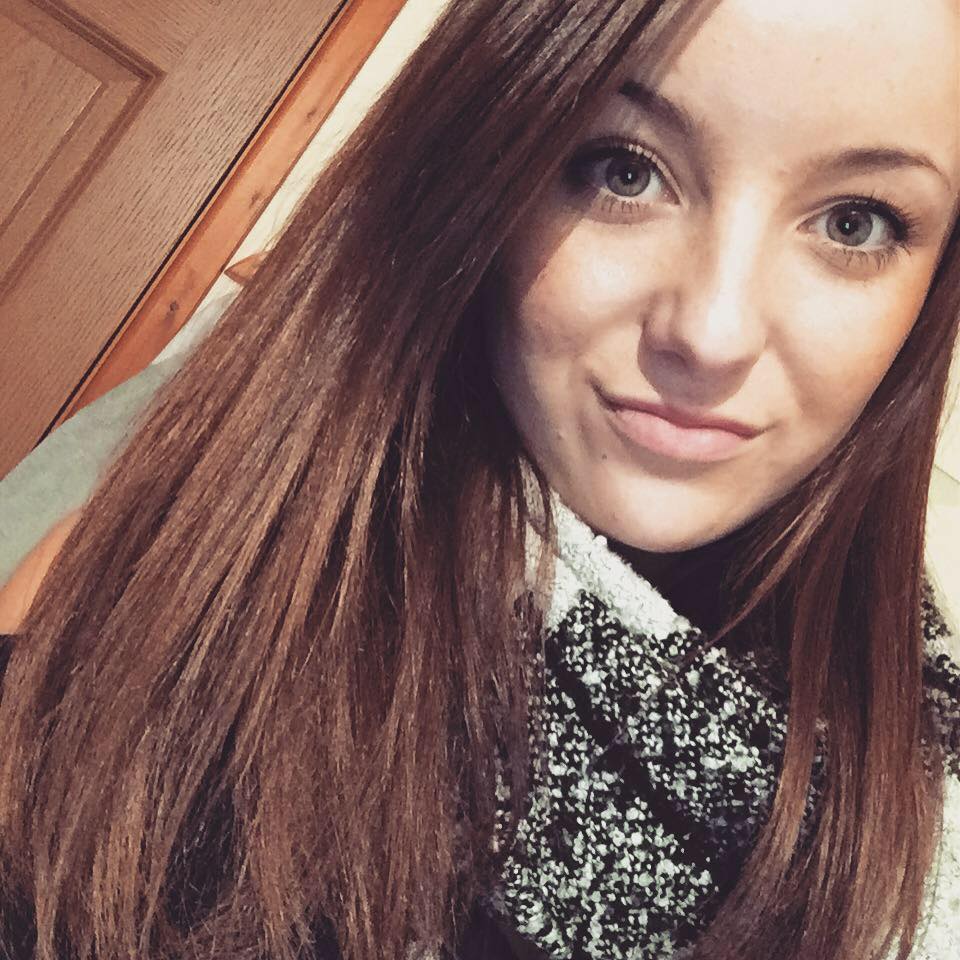 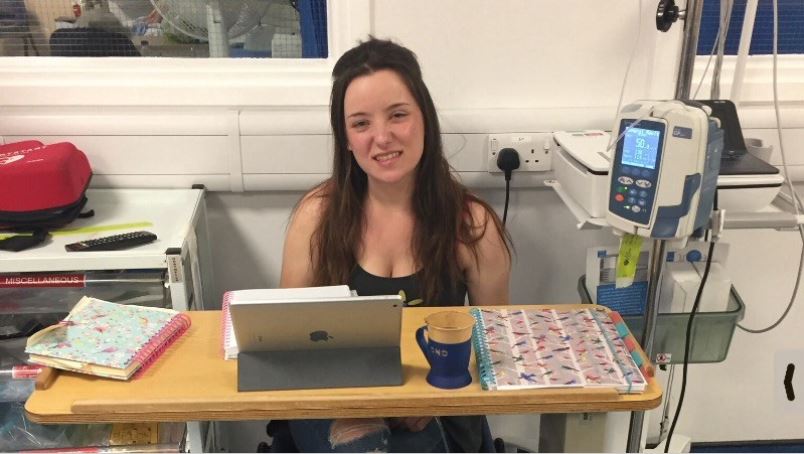 "They were trying to section me because of that and thankfully after that horrible six week period, I was diagnosed with encephalitis. "

Encephalitis is more common than motor neurons disease and some strains can kill in a matter of days.

But all too often, people are wrongly diagnosed with psychosis, and have to live with the condition for months before getting the proper treatment.

At least, that the report of a new study released this week by experts at Oxford University. 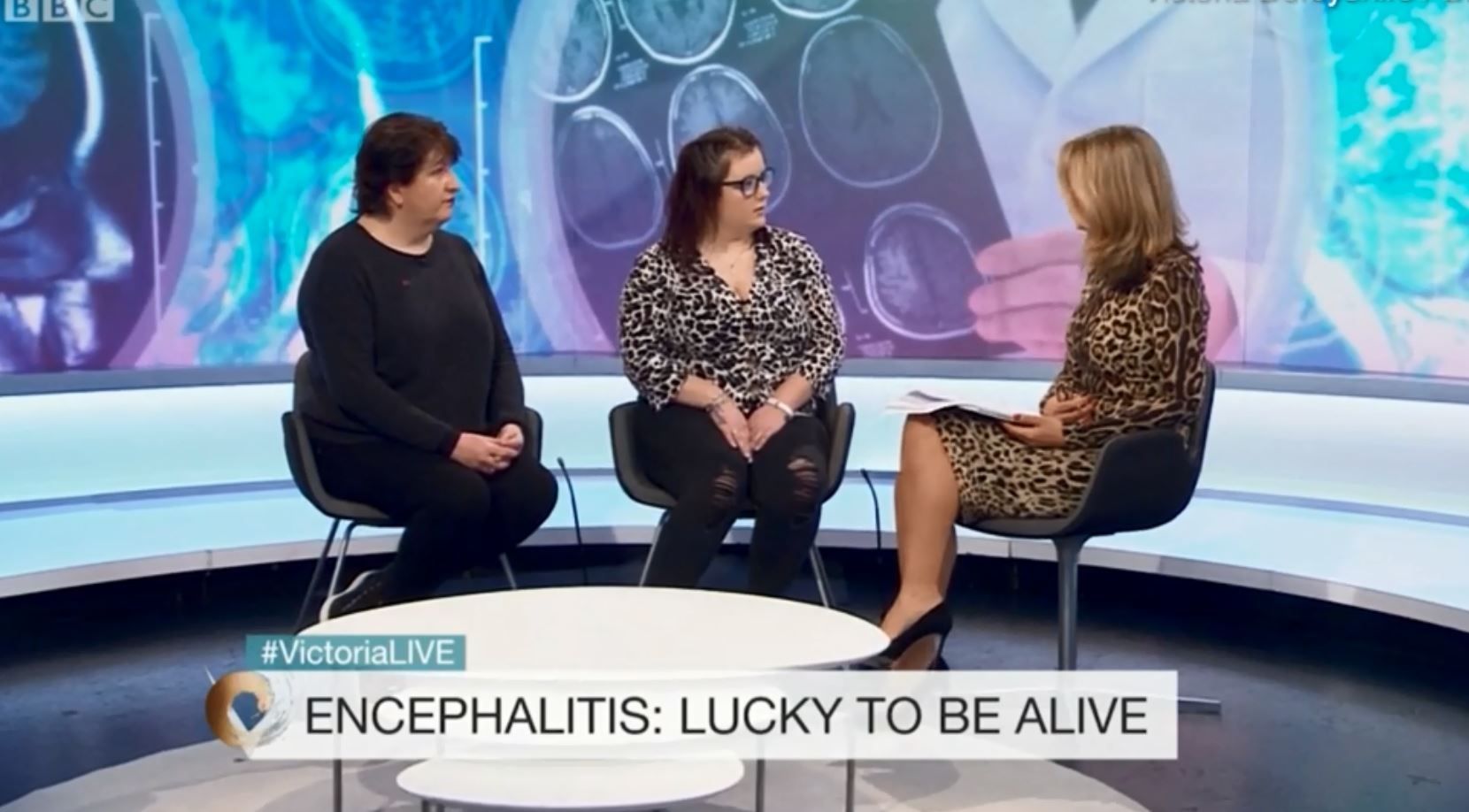 Dr Ava Easton from the Encephalitis Society said: "Encephalitis simply means inflammation of the brain and broadly speaking, it can be contracted in one of two ways: people can either have an infectious encephalitis from everyday infections like the flu or the cold sore virus. Those people become ill very quickly and are acute medical emergencies.

"These patients present very differently from the others."

And it's cases like Lucy's that doctors are failing to diagnose in time. 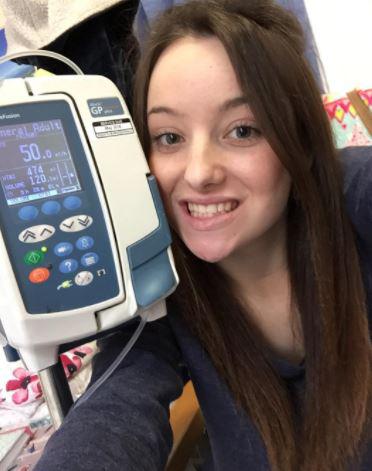 In May 2017, Lucy’s behaviour began to change and she suffered vomiting and problems with her vision.

Her worried family took the 18-year-old, from Aberystwyth, Wales, to see a GP who thought she was suffering from bipolar – a mood disorder, characterised by manic and depressive episodes.

But her condition worsened and she became more delusional.

Eventually Lucy had a seizure and, while doctors thought she might need to be sectioned, her mum Lisa Jackson was convinced something else was wrong.

Taken back to the hospital Lucy was diagnosed with anti-NMDA receptor encephalitis, a life-threatening autoimmune condition that causes the body’s own antibodies to attack the brain.

Lucy said: “I was hallucinating and completely delusional. 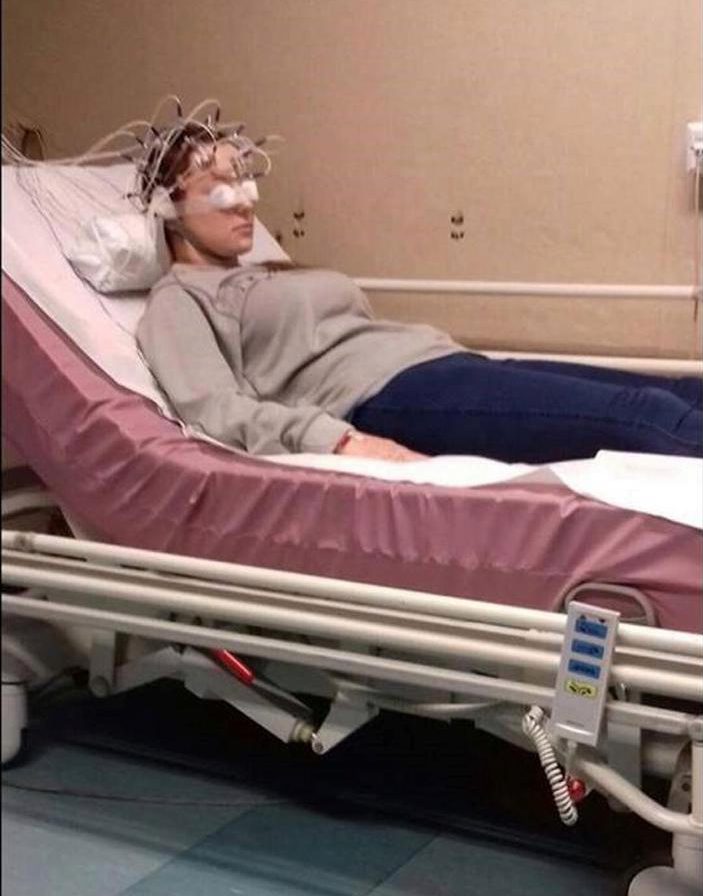 “It was all the signs of a mental illness. I was so lucky that my consultant had treated someone like me before, or I wouldn’t be here today.”

Retail supervisor Lucy took a turn for the worse on June 1 when she experienced a seizure at home.

For around two minutes, her family watched, helplessly, as her eyes fluttered and her whole body shook.

Lucy was taken to hospital but discharged later that day.

They took her to see her GP a few days later, but her behaviour continued to deteriorate. 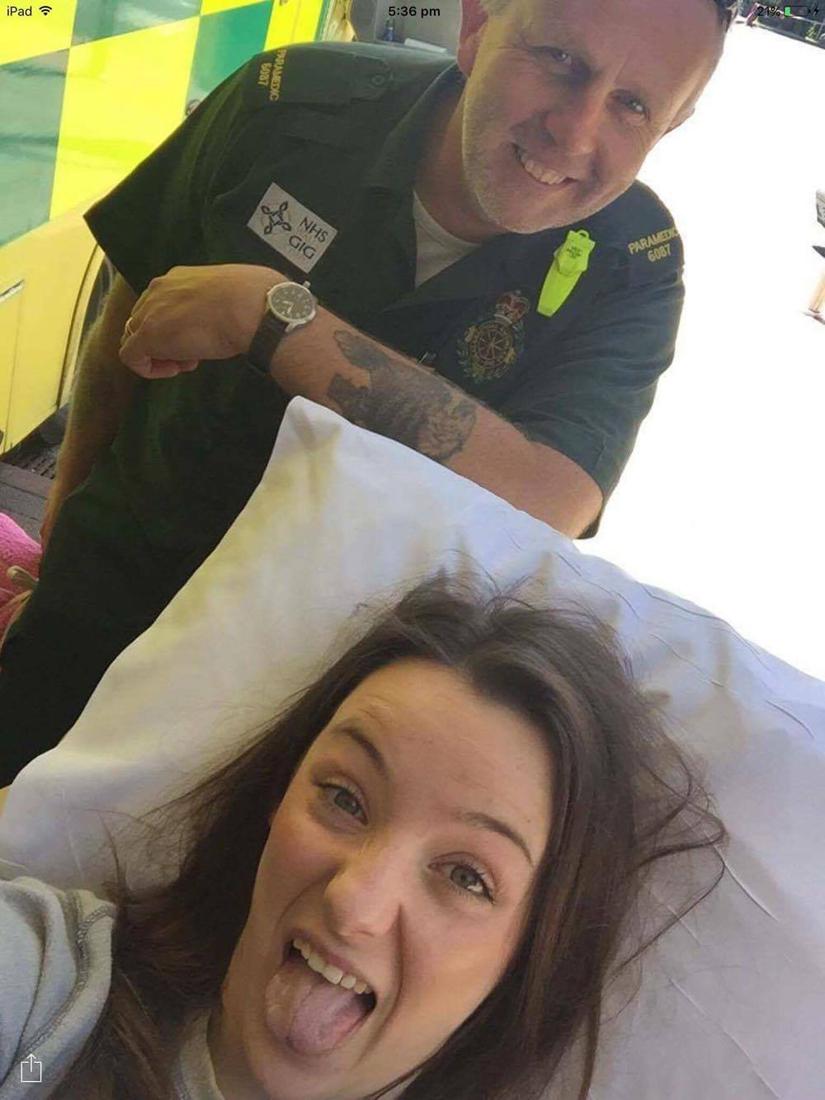 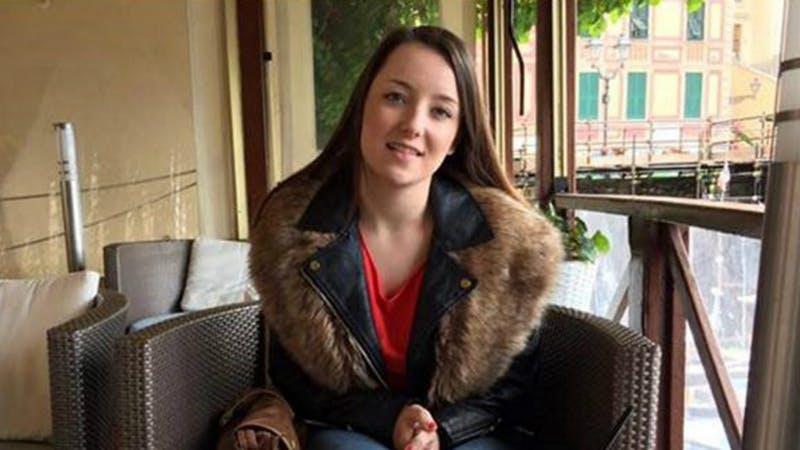 “I became aggressive and violent. I would have outbursts in public, where I would trash shops,” Lucy said.

“I also had vivid hallucinations about things like all my toenails dropping off.

“On one day, I started making monkey noises all the time, as I was convinced I needed to go to the zoo.

“The next day, I thought I was a T-rex dinosaur and plaited my hair, so it could be like my tail.

“I started to manically colour in colouring-in books too. I did it so much, my hands became blistered.” 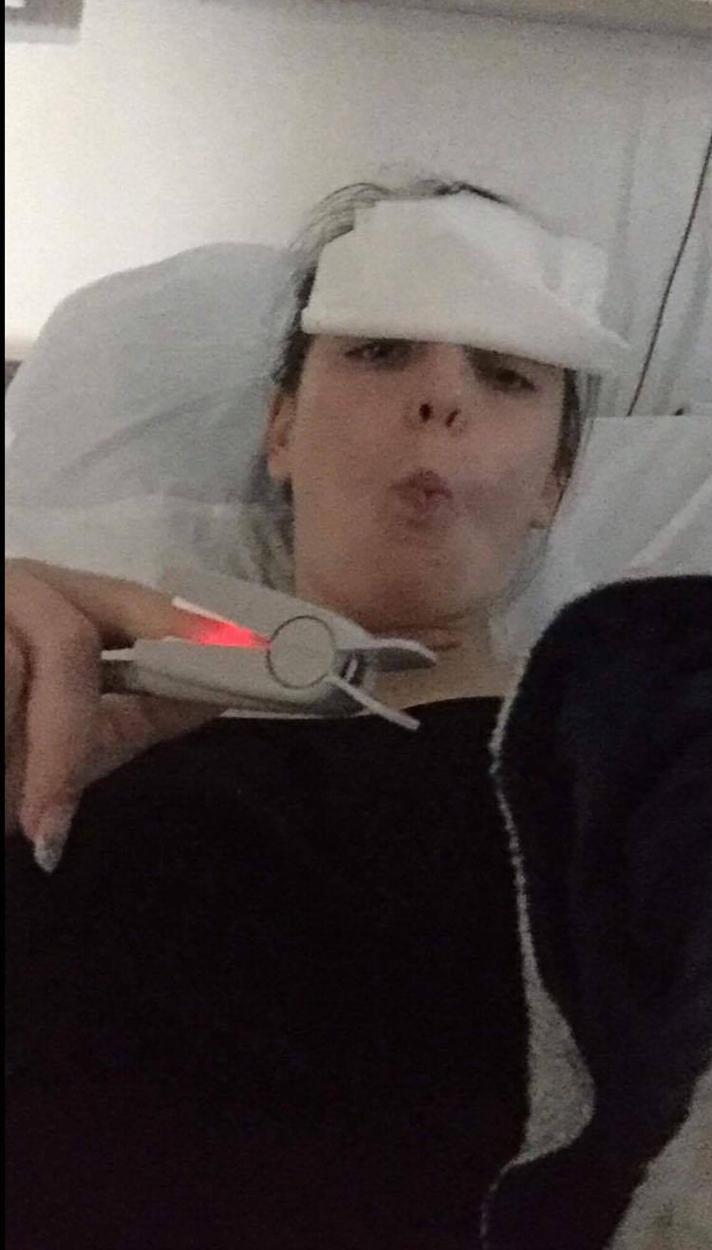 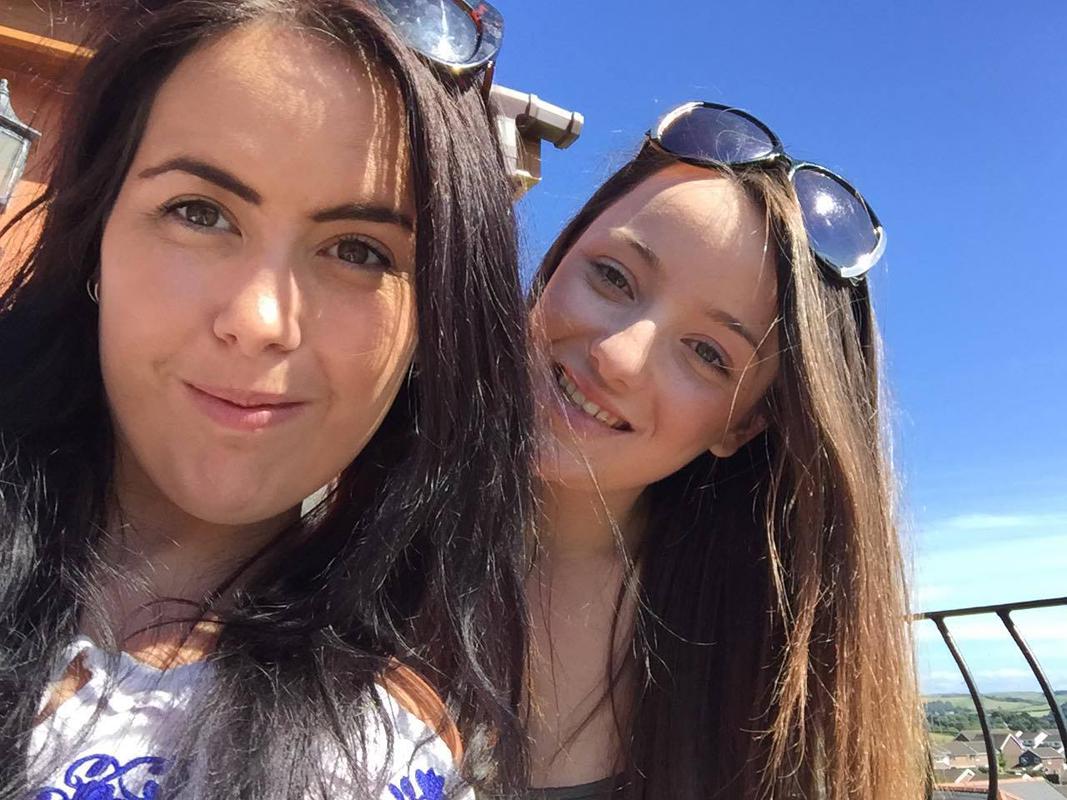 Lucy was admitted to Aberystwyth’s Bronglais Hospital on July 4 for tests.

There her heart rate and breathing became more rapid and she was rushed by ambulance to Swansea’s Morriston Hospital, 70 miles away, for more specialist treatment.

She has little recollection of the journey, but her sister, Charlotte Jackson, 30, filmed her in the ambulance constantly singing Rick Astley’s ‘Angels on my Side’.

Meanwhile, her terrified family had been told there was a risk she would fall into a coma and that if that happened, she would be unlikely to survive.

In Swansea a doctor recognised the symptoms of her rare condition and started Lucy on treatment immediately.

Now, although she has suffered some long terms effects, Lucy is recovering at home.

DEADLY CONDITION What is encephalitis, what are the symptoms and is it transmitted by ticks?

Lucy said: “[The doctor], she saved my life.

“It’s so important for the symptoms to be recognised and treated quickly.

“I don’t remember anything at all from that time but, looking at the videos that my family made of me, I look like I was possessed.”

Lucy’s treatment involved MRI and CT scans, to check for any tumours and assess the level of inflammation on her brain.

She was also connected to a Methylprednisolone steroid drip for 12 hours a day for five days to kill off the white blood cells attacking her brain.

An autoimmune disease that causes the body to attack the brain

Anti-NMDA receptor encephalitis is a disease that causes the body's own immune system to attack the proteins in the brain that control electrical impulses.

Their functions are critical for judgement, perception of reality, human interaction, the formation and retrieval of memory and the control of automatic activities such as breathing and swallowing.

The main symptoms include:

Patients diagnosed with anti-NMDA receptor encephalitis need to be admitted to hospital where they can be treated.

Medications can reduce the number of antibodies attacking the brain.

The second stage of treatment involved being hooked up to a drip containing antibody-rich plasma to restore her immune system.

“The first two stages of treatment were less effective than doctors had hoped and they told my family that, if the third stage didn’t work, there would be nothing more that they could do,” Lucy added.

For the final stage Lucy was given Rituximab, a drug which works by reducing the cells attacking the brain.

Lucy said: “There were so many side effects with the treatment, like headaches and nausea, but throughout it all, I remained positive that it would make me better.”

She was discharged from hospital seven weeks later but still feels the effects of her illness. 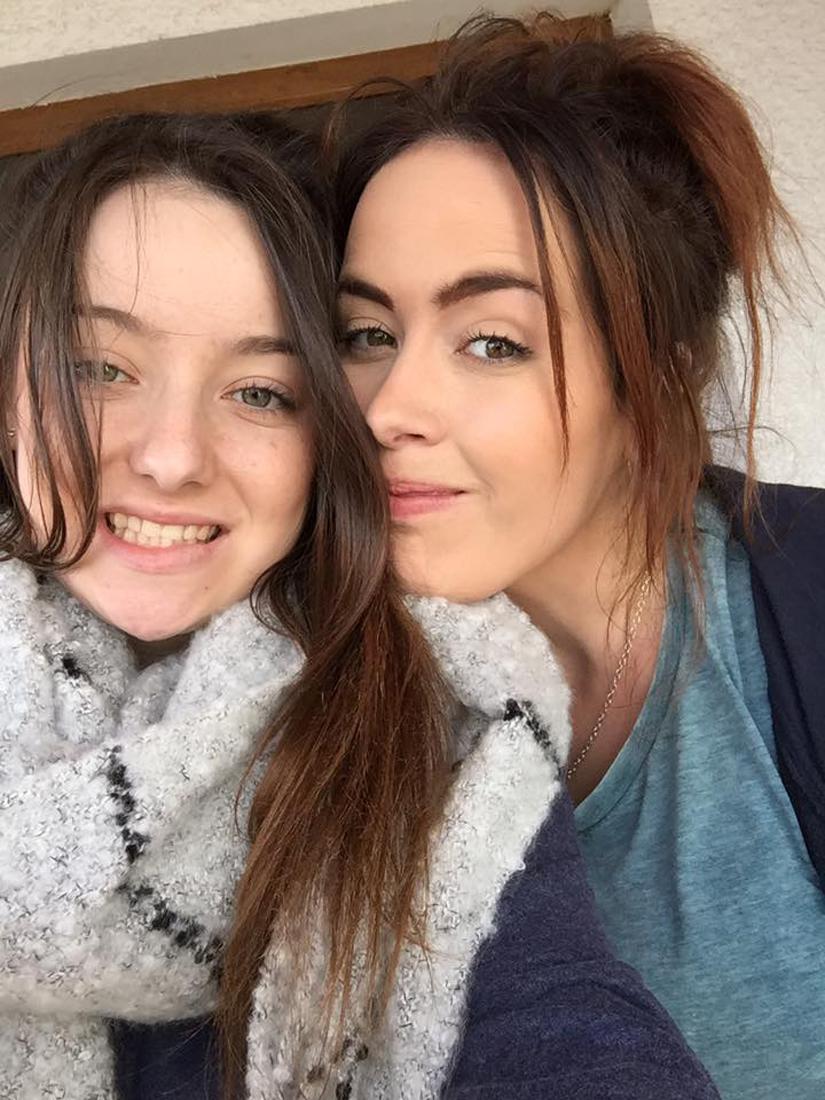 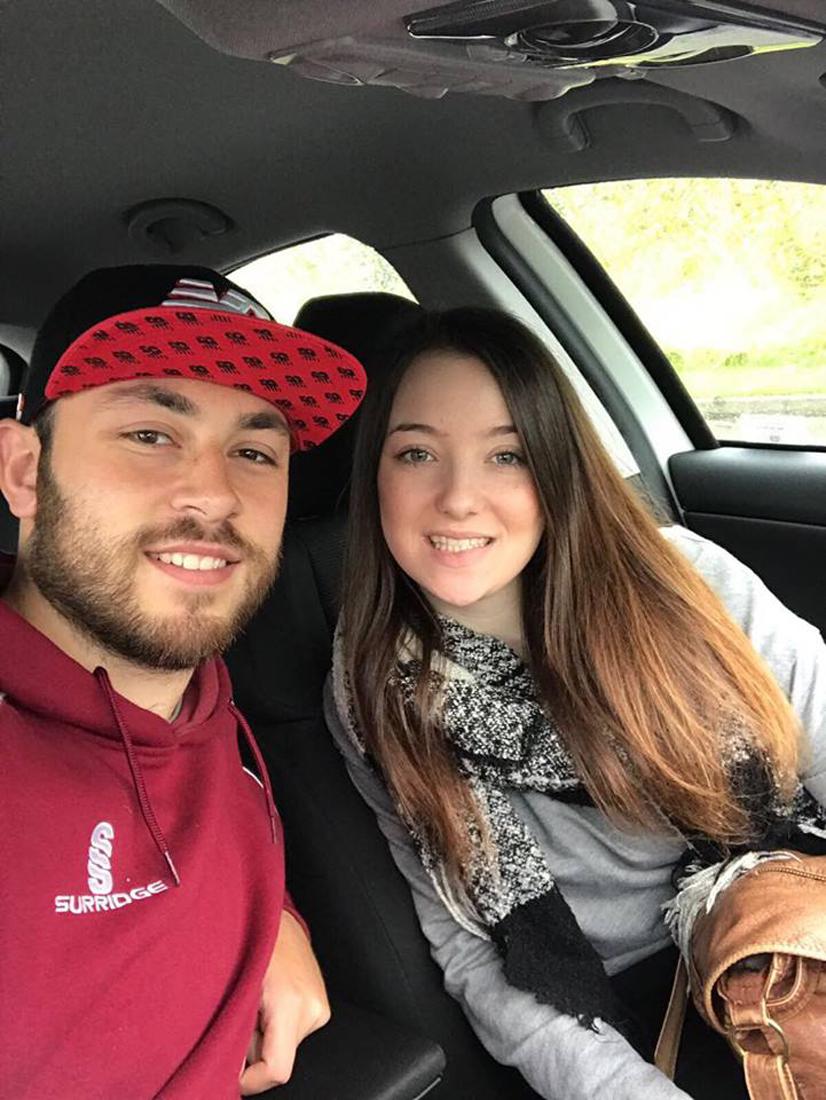 “I had to start by taking baby steps – slowly taking little walks outside,” she said.

“The condition affected my nervous system.

“If I start to walk quite a lot, my leg drags, or I get involuntary movement in my arms.

“I have to remember to drink a bottle of water with my medication, so I stay hydrated. 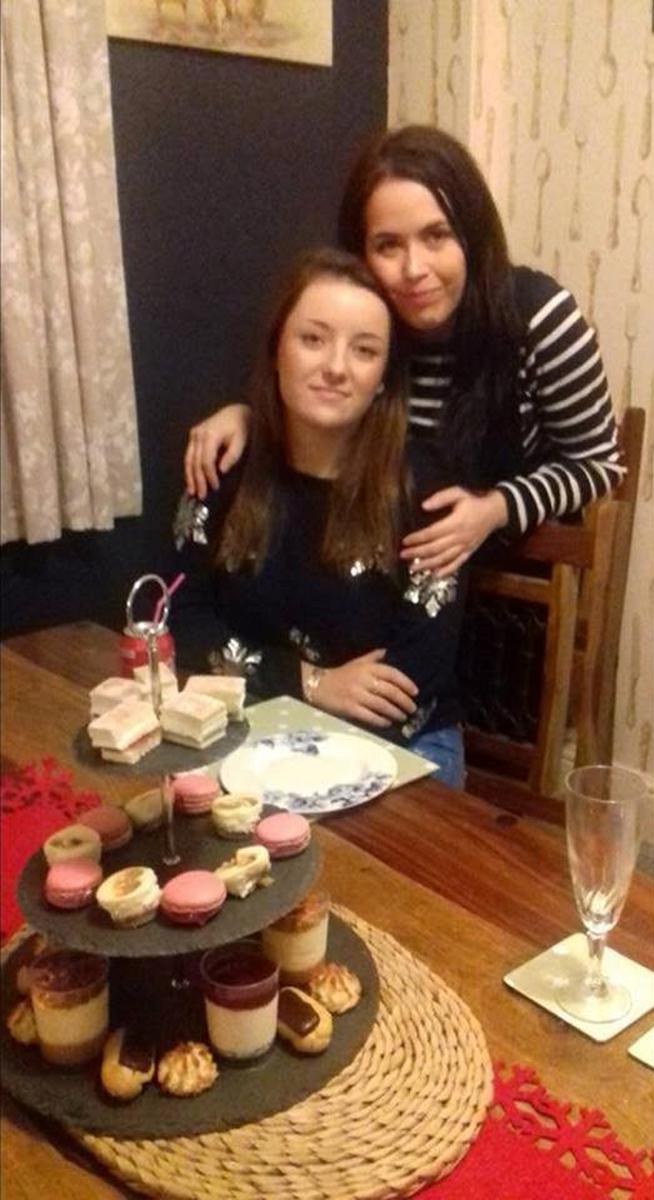 “I have about a four-day memory span, I really struggle to remember anything before that period.

“I am starting to readjust, but I won’t be able to go back to work until January at least.

“At the minute, I am taking 24 tablets a day and I will have to take medication for the rest of my life, as there is a chance that it could come back.”

Despite her ordeal, Lucy is looking towards the future and now wants to do all she can to raise awareness of the rare condition.

Lucy is hoping to raise £50,000 for The Encephalitis Society.