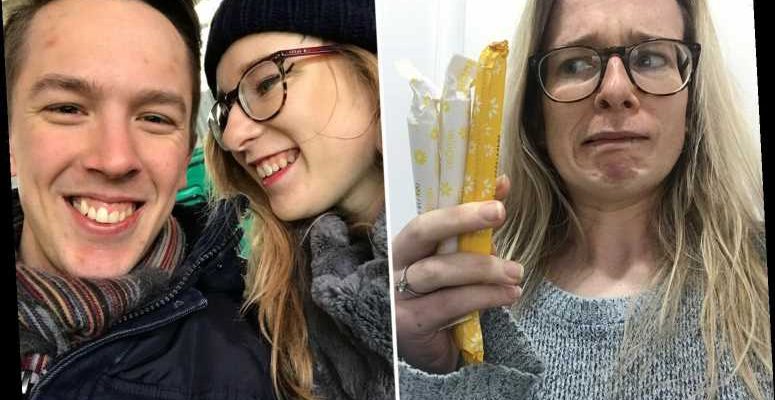 CLIMBING into bed with her boyfriend, Ailsa Galashan was excited about the prospect of solidifying their relationship.

But what should have been a night of passion turned out to be pure agony.

The marketing assistant, 24, was overcome with a crippling burning sensation which made sex impossible.

At first, Ailsa thought she had a constant case of thrush until a period that lasted 37 days led her to discover she had another condition.

Doctors diagnosed Ailsa, from Aberdeen, Scotland, with vaginisimus and she is now sharing her story to raise awareness for the agonising condition.

Vaginismus is a rare condition which causes vagina suddenly tightens up as you try to insert something into it.

This is nothing to be ashamed about

Ailsa said: "I always encourage people to seek medical help and to not be afraid to ask for a second opinion.

"I also try and share the message that this is nothing to be ashamed about."

Ailsa's ordeal first begun when she was a teenager – as she struggled to use tampons and felt like she had constant thrush.

“I believe I have had vaginismus since I was a teenager, but I wasn’t diagnosed with it until I started to go to therapy," Ailsa said.

“I struggled with the feeling of what I thought was constant thrush and burning pain, which gradually became worse and affected me all the time.

"I wasn’t able to use tampons or have sex without pain and this really impacted my mental health."

In September 2016, Ailsa met her boyfriend Sam, 29, and spent years struggling to have sex with him.

However, things took a turn for the worst in January 2017 when she began suffering from chronic vulvar pain.

And after seeing several doctors, she got a diagnosis in March 2019 stating she has vulvodynia, a persistent and unexplained pain in the female genital area.

“To be honest, I felt relieved [when I was diagnosed]", Ailsa said.

"For such a long time I felt like I was making it all up or that it was all just in my head.

“Having a diagnosis meant that my pain was real, and although it was scary to have a name for it, it meant that I was on my way to managing my pain better."

Having a diagnosis meant that my pain was real

She had struggled to use tampons for years and this treatment lead her to the diagnosis of vaginismus.

“For vaginismus, my treatments I have had have all been holistic,” she said.

“I have learnt some breathing techniques through therapy, and I am currently waiting for a referral to physiotherapy, where I will hopefully be prescribed dilators. 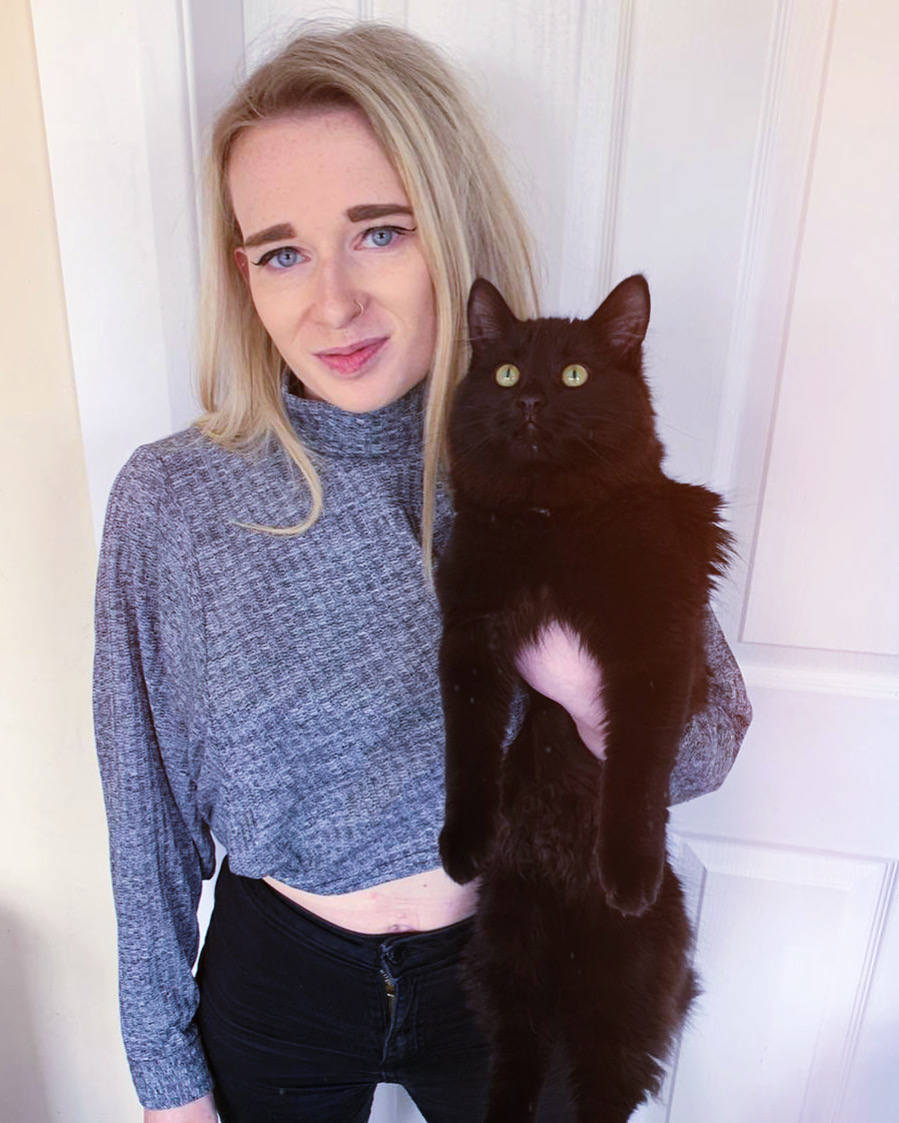 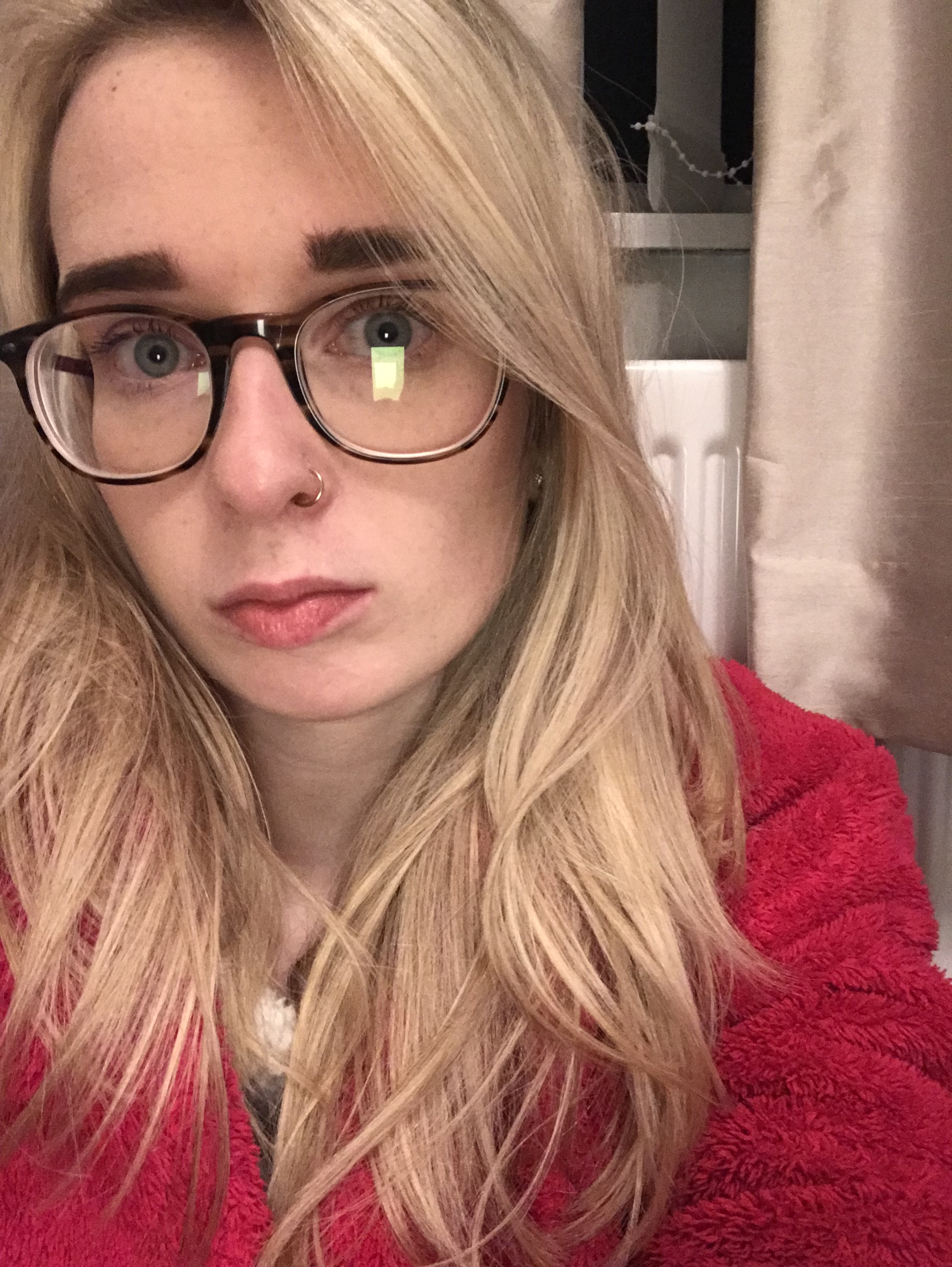 Vaginismus is the body's automatic reaction to the fear of some or all types of vaginal penetration.

Whenever penetration is attempted, your vaginal muscles tighten up on their own – you have no control over it.

Occasionally, you can get vaginismus even if you have previously enjoyed painless penetrative sex.

Vaginismus does not necessarily affect your ability to get aroused and enjoy other types of sexual contact.

The common signs of vaginismus include:

"These will help manipulate the muscles and prevent them from tightening.

“Currently, I go to psychosexual therapy and I also take amitriptyline for Vulvodynia, which is a low-dose anti-depressant that helps with chronic pain.

“This combination has really worked for me, and the medication has meant I’ve been able to tackle a lot more in my life without being in serious pain all the time.

"I do still experience flare-ups, but this has been super helpful."

Ailsa also opened up about her condition to her boyfriend and he insisted on accompanying her to all appointments.

“It [vaginismus] means I can’t have a ‘normal’ sex life – but what is normal anyway?!," Ailsa said.

"In some ways, it’s meant that we have learned to communicate better with each other.

“Sam has come with me to several therapy appointments and as much as it means that it can be difficult for me to have sex, since I started to take medication my pain has reduced.

“He was super supportive of me and never judged me.

"He also reassured me that he was happy to come to any appointments with me and support me through my pain management.

“He has always encouraged me to ask for a second opinion from doctors.

"When I told him I wanted to start sharing my experiences online he really encouraged me to do so and helped me to start documenting my journey on Instagram.” 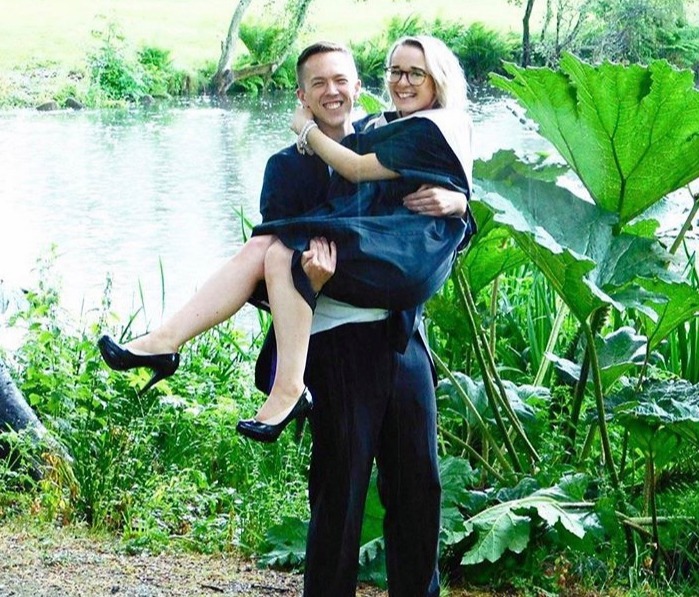 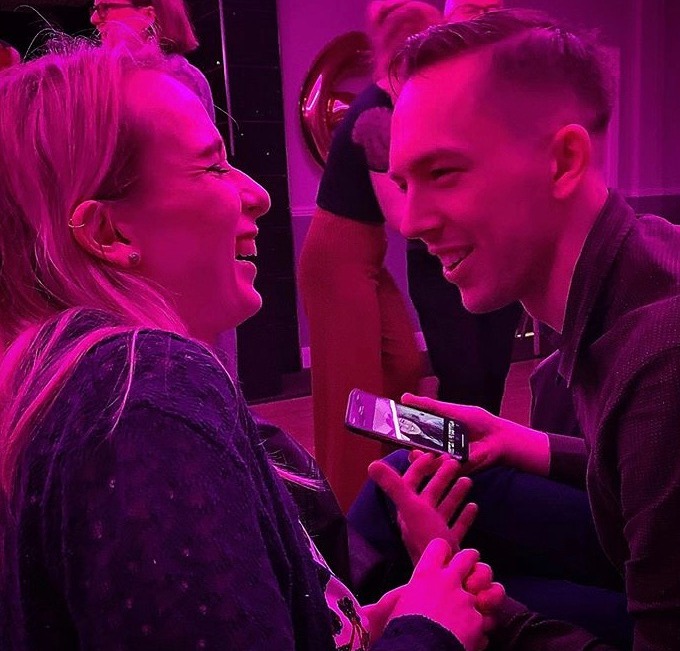 A symptom of vulvodynia is heavy and painful periods, so Ailsa began having extended periods, with one lasting 37 days in February 2020.

As she can’t rely on tampons due to vaginismus, she has had to use other methods such as cloth pads and period pants.

Despite still having a long way to go, she feels more confident that she will recover and says that she doesn’t feel nearly as much pain as she used to now.

She now wants to end the stigma surrounding the topic of vaginismus and pelvic pain through her Instagram page and blog.

Ailsa admits that the stigma around the subject of vaginal chronic pain made it difficult for her to talk about and she had to hide it for years.

“My family and friends are super supportive and are so happy for me," Ailsa said.

"My closest friends follow my blog and think that I’m doing a great thing – and hopefully helping other people in the same situation as me.

"They can see that I’m so much happier now that I have a diagnosis.

“[The most difficult thing about my journey with vaginismus has been] The stigma; having chronic pain in the genital area can be difficult to talk about. 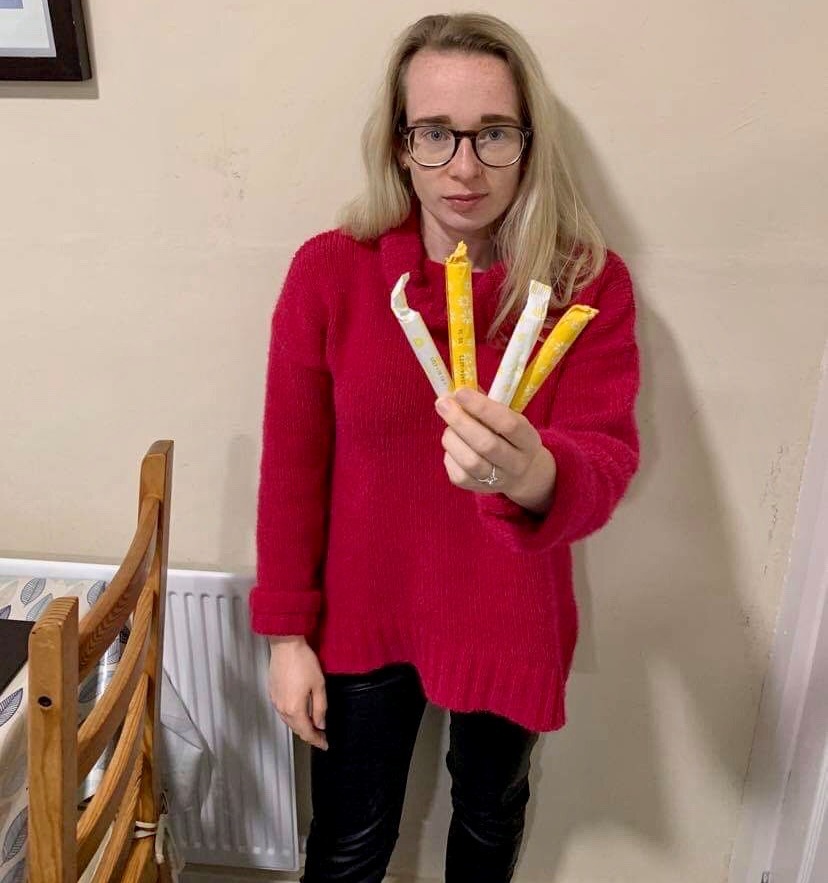 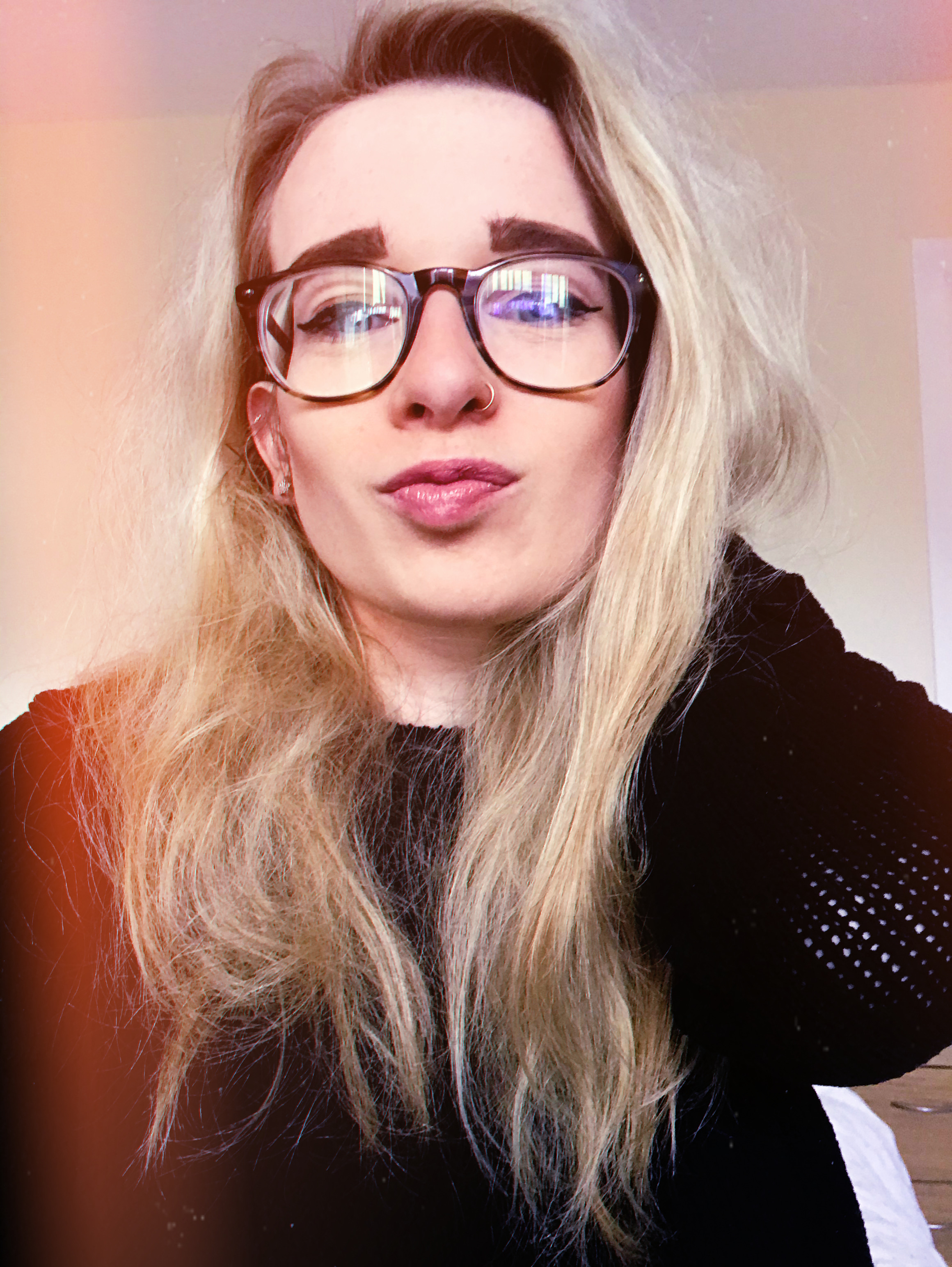 “I said this to a friend recently, but if I had chronic pain in my leg, there absolutely would be problems that would come from that, but the stigma wouldn’t be there.

"As it’s so personal it can be tricky to talk about and means that I kept quiet about it for a long time.

“Right now, I’m happy working on my blog and would like to keep spreading the message that chronic pain is nothing to be ashamed about.

“In terms of my own pain management, one day I would love to be able to manage my pain purely holistically (without the need for medication).

"I think that this is a long way off yet, but I’m hopeful and determined. 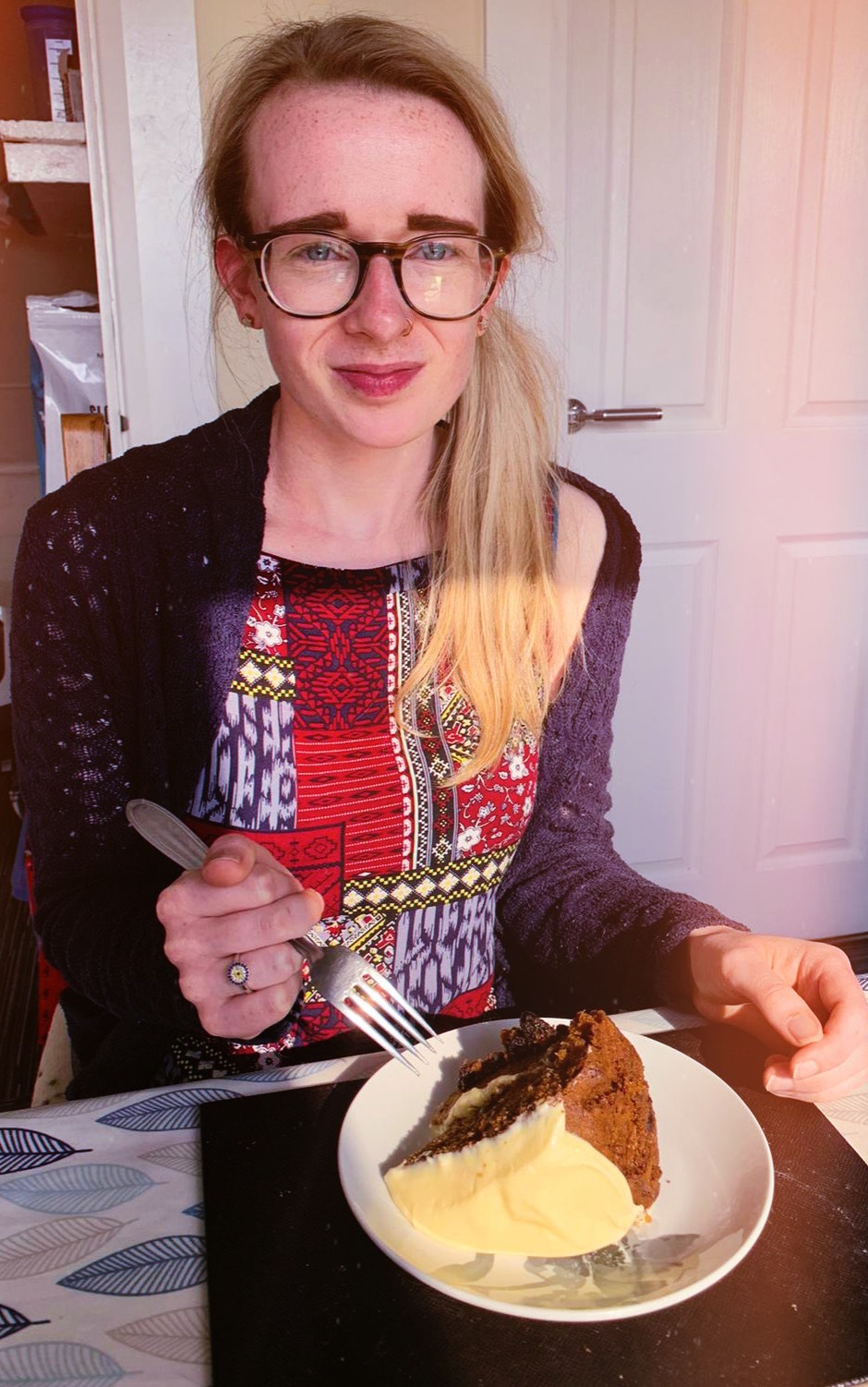 “I started the blog as a way to make people who were in a similar situation as me feel less alone, so if helps one person then I would be happy.

“A diagnosis is absolutely possible, and no one deserves to live in pain. For every doctor who might not see your pain, there absolutely will be one who will."