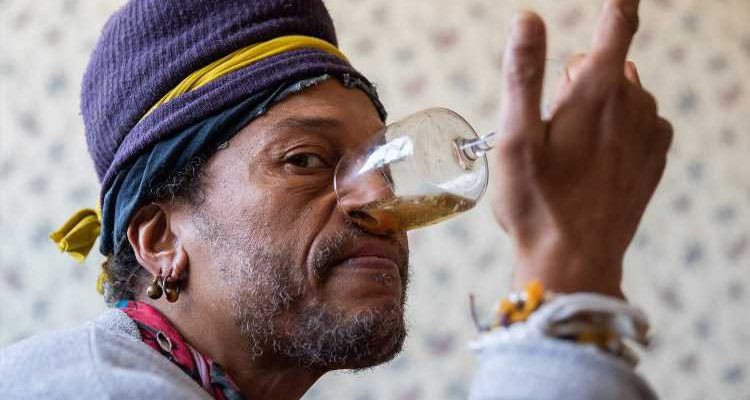 A YOGA master claims that he's not had a cold for 20 years – because he snorts his own pee.

Sam Cohen, 41, has been funnelling urine up his nostrils every time he goes to the loo for the past 19 years. 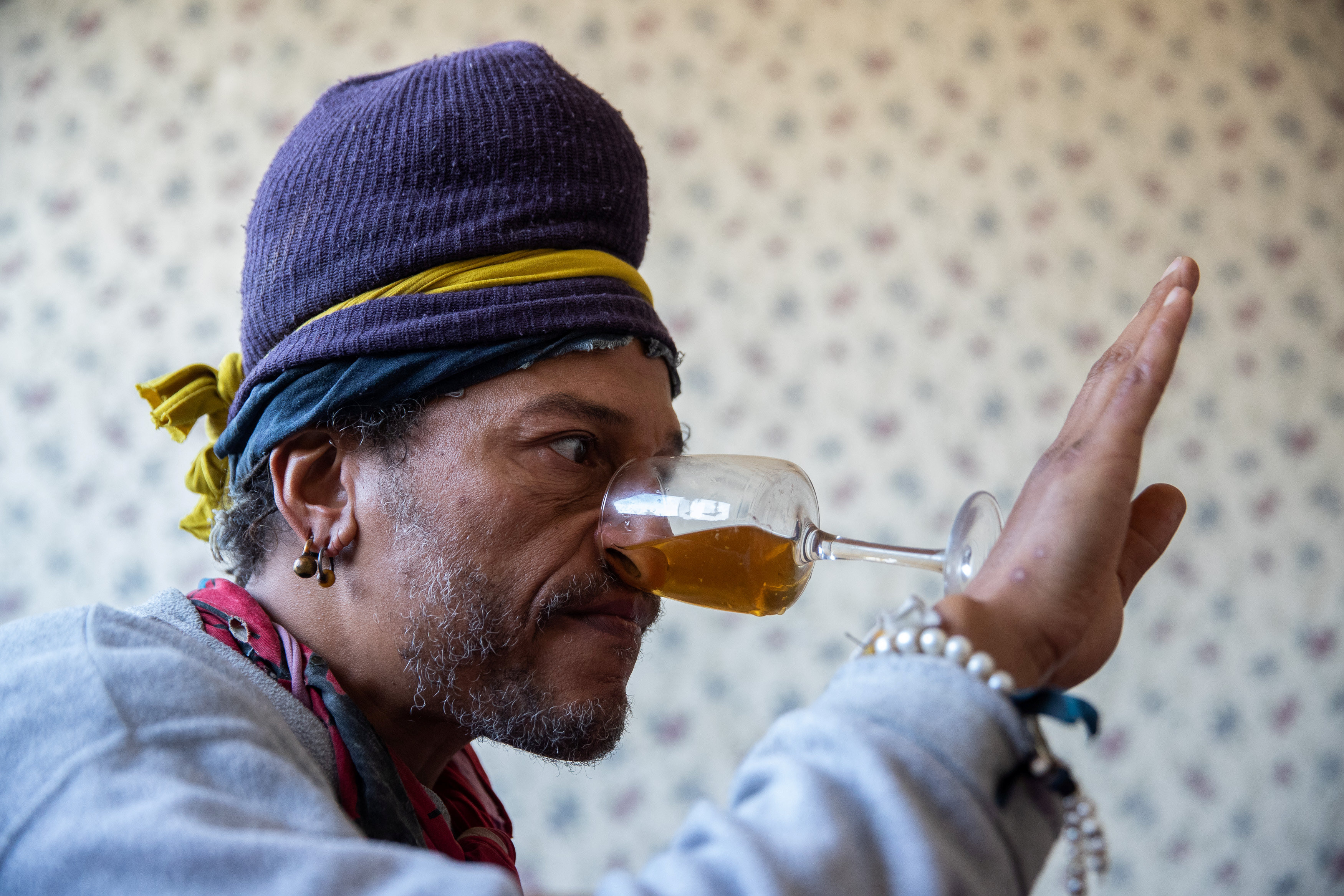 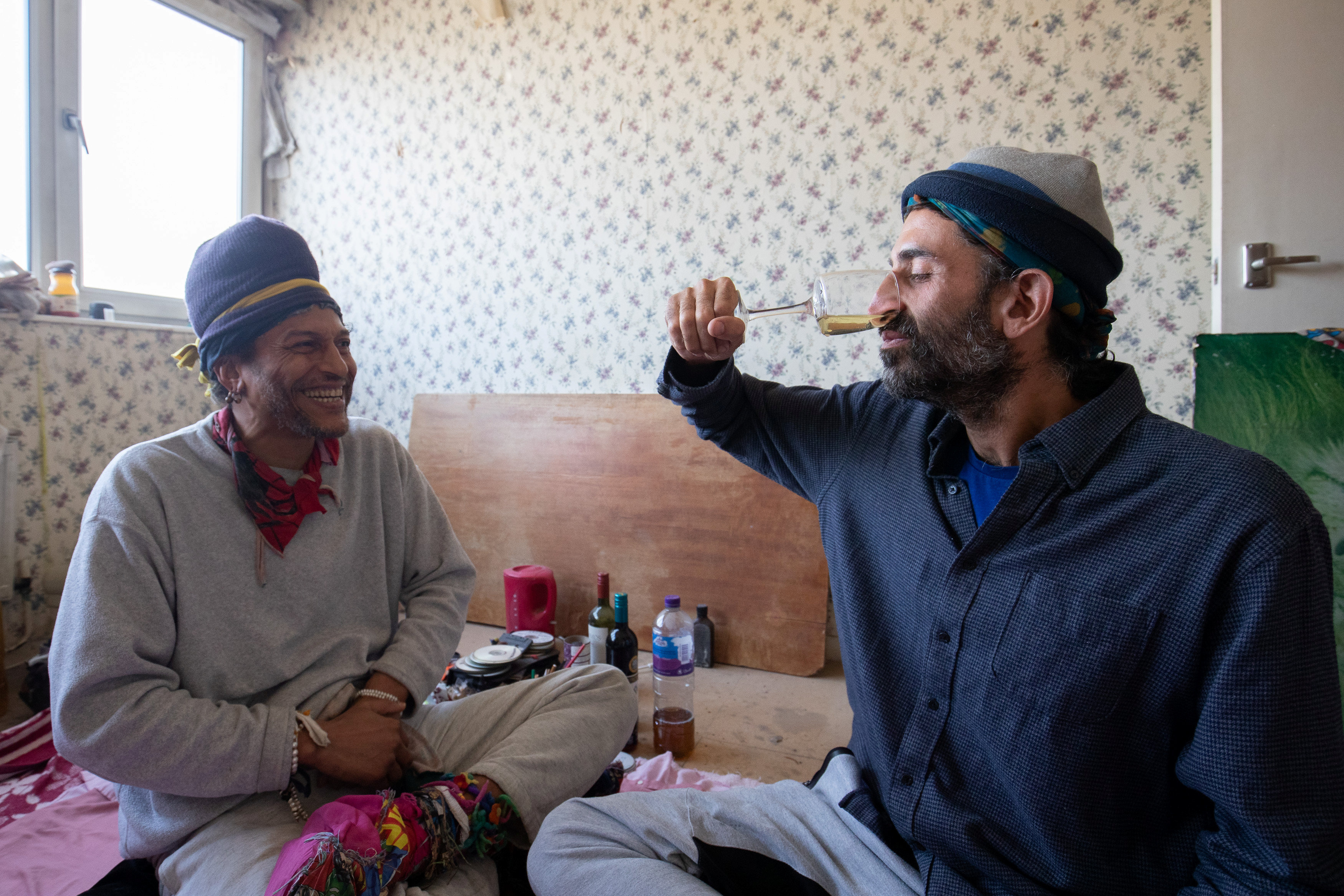 And he claims that not only has the bizarre practice protected him from illness, but it's also worked wonders for his sex life.

He said: "It is not possible to get a cold when you constantly drink through the nose.

"You can feel under the weather but one drink up the nose and any clouds start to evaporate.

The special needs teaching assistant from Islington, north London, takes his own special cup with him into bathrooms. 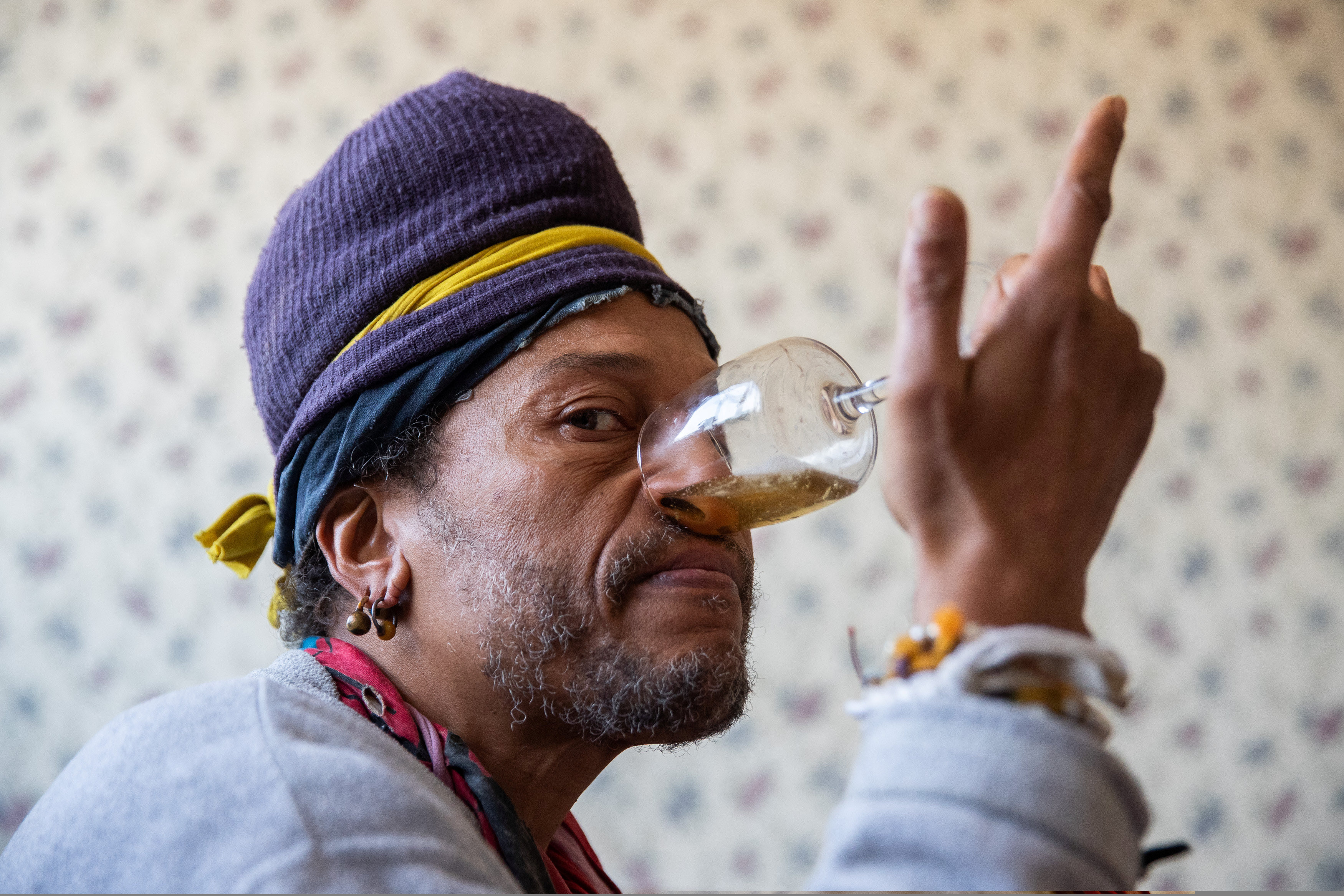 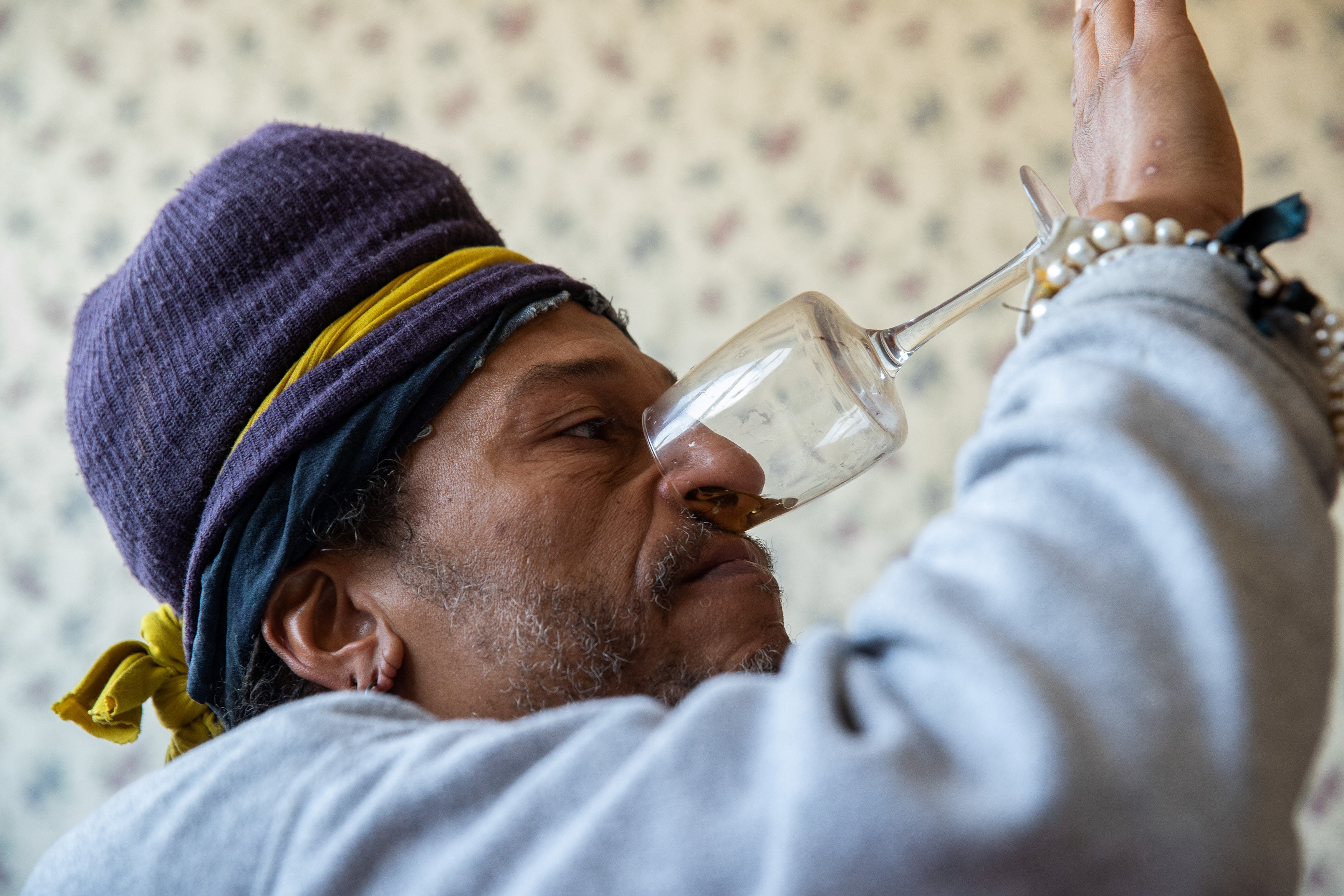 He's even done it on planes and in five-star hotels.

"I take a cup with me. If I have to go to the bathroom I take it with me, close the door and drink through my nose.

"You feel like Superman – you're going to go into a phone booth and do something nobody knows and it's a secret.

"You've got your cup concealed and you go to the toilet and you come out and you look glowing and refreshed.

"I've done it on the plane – I'm probably the first mile-high nose-drinker. 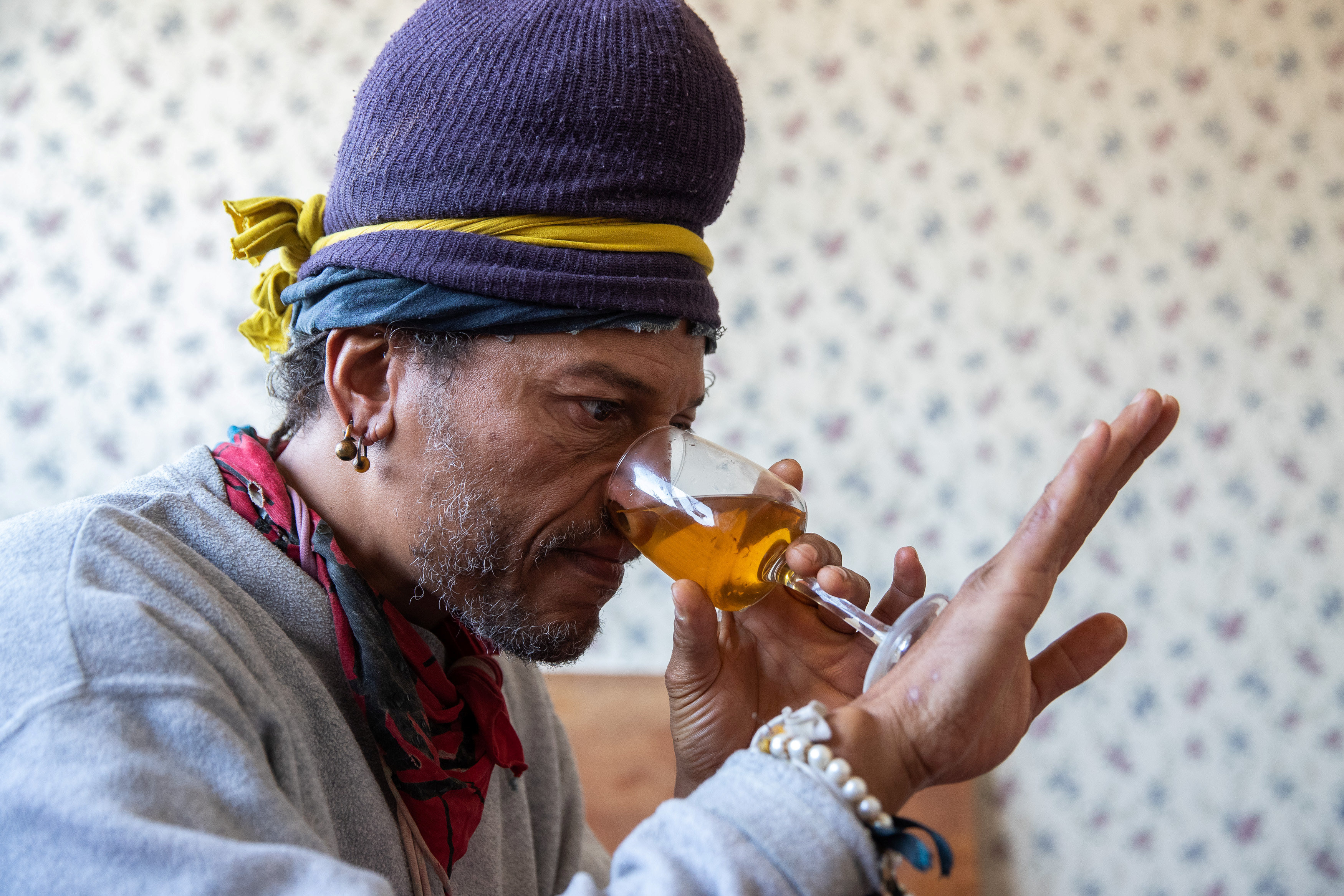 "There have been some fancy hotels in London – in the Dorchester Hotel and in some famous night clubs – the Ministry of Sound."

Vegan Sam said that before he started snorting pee, he often felt drained but instantly felt younger the moment he started practicing.

And, he claims, it helps him stay harder for longer in bed.

Sam and two friends have regularly drunk their own urine through their noses since his yoga instructor pal Kelly Ra, 48, "discovered" the technique in 2000. 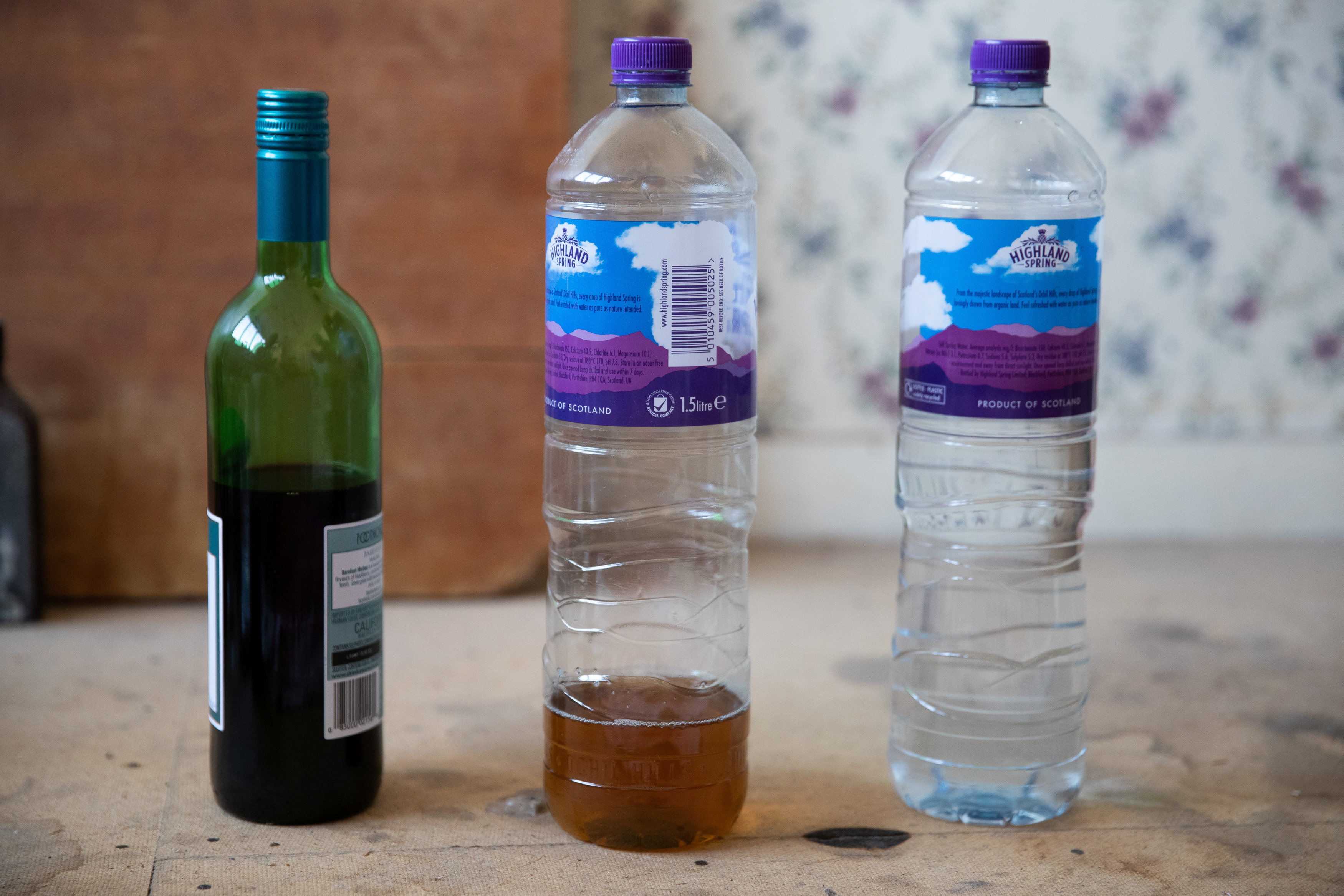 But they believe they get more health benefits by snorting it.

With Heron-Herbie Cox, 43, the trio have dubbed themselves The Merkaba – which means a "vehicle of light" in Taoism.

Sam said: "We practice from ten to 20 times per day with various drinks.

"The diluted version that arrives from the mouth is beneficial but not as the pure urine straight from the body.

"It immediately calms and relaxes you. It facilitates digestion and improves appetite. It helps you breathe through the nose better.

THE Sun's nutritionist Amanda Ursell said there is no nutritional value in drinking your own wee.

"You are weeing out the excess stuff that your body doesn't need, after all the goodness has been absorbed," she said.

"And your kidneys have very carefully filtered it out, so why would you then go and drink it?"

Amanda said that surviving on little else other than urine would put people at risk of serious nutrient deficiencies.

She added: “Every nutrient, vitamin and mineral has a corresponding deficiency disease if you don't get enough of it."

So if you are using urine to replace foods, you're likely to suffer a whole range of health problems rather than curing any ailments.

"It removes tiredness and lethargy. It enhances the libido"He warns that when you first start doing it, it can be "overwhelming" because it feels like drowning.

"The brain might say to you, 'what are you doing', but you start to do it calm and controlled, then you see it's a natural process.

"When you do it calm and controlled and in a yoga way, it becomes very natural and you remember you used to do it in the womb and you can do it again.

"Everything healthy we put up our noses. 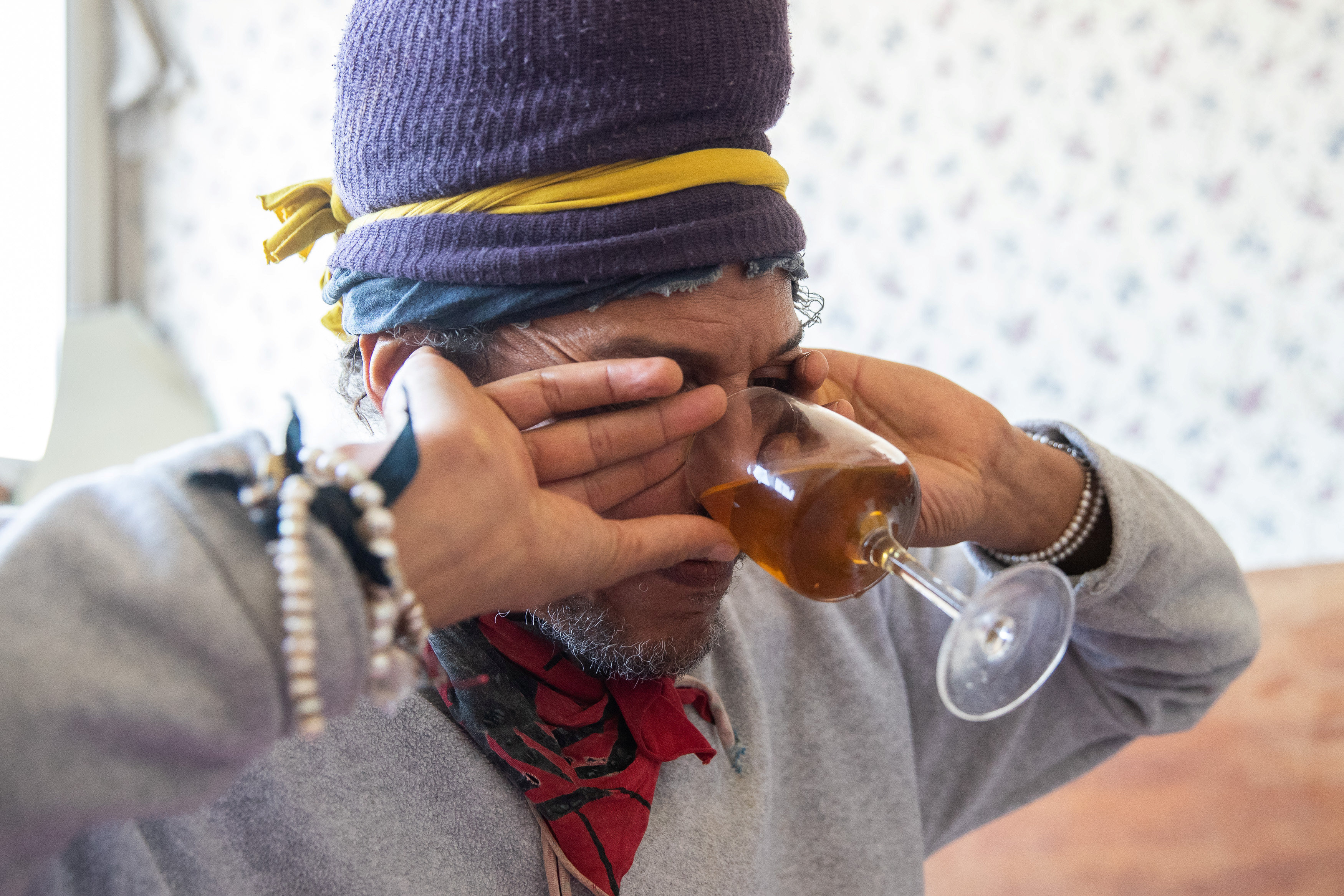 So how did Kelly first discover this unusual habit?

Sam said that although "old Chinese masters" used to nose-drink, his yogic pal was trying to smell his pee to detect some mushrooms he'd taken at a party.

"He couldn't get out of his nose and it was really frustrating," he explained.

"Then he was drinking urine through the mouth and he went, 'let me see if I do it through my nose'. He's quite an inventor, he's like that. 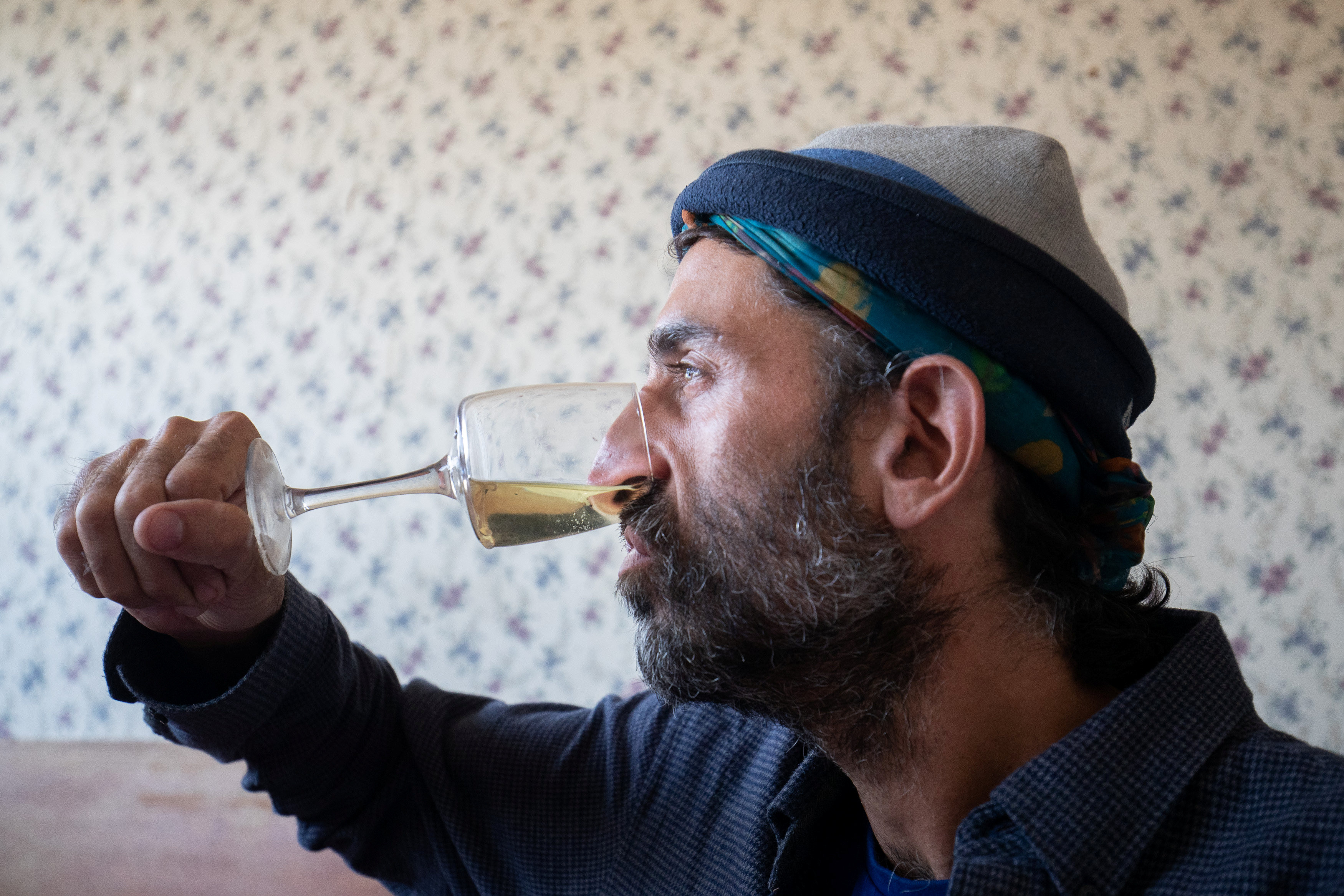 "When he shared it with me, the nose drinking, it looked like a baby elephant learning to drink through the trunk for the first time. It was incredible.

"Within a month or two, you can get a handle on it.

"I've asked doctors about it but the only answer I've got is that it's not going to be harmful – they don't see how it's going to be beneficial."

Sam has even written a book on the subject and has a website dedicated to drinking through the nose.

It's worth saying that although a number of people claim to have benefited from drinking or rubbing their urine on their faces, there's been no concrete evidence to suggest that it does any good.

Professor Henry Woo, a urological surgeon at the University of Sydney, has previously said: “There is absolutely no scientific evidence to suggest that urine therapy has any therapeutic value.

“Those who drink their own urine do nothing more than make a mockery of themselves.”