Originally an Army medic, Gillian McRobbie, 33, left the forces in 2010 to train as a nurse before starting her own childminding business so she could spent more time with her girls, Isla, six and Maddie, two. 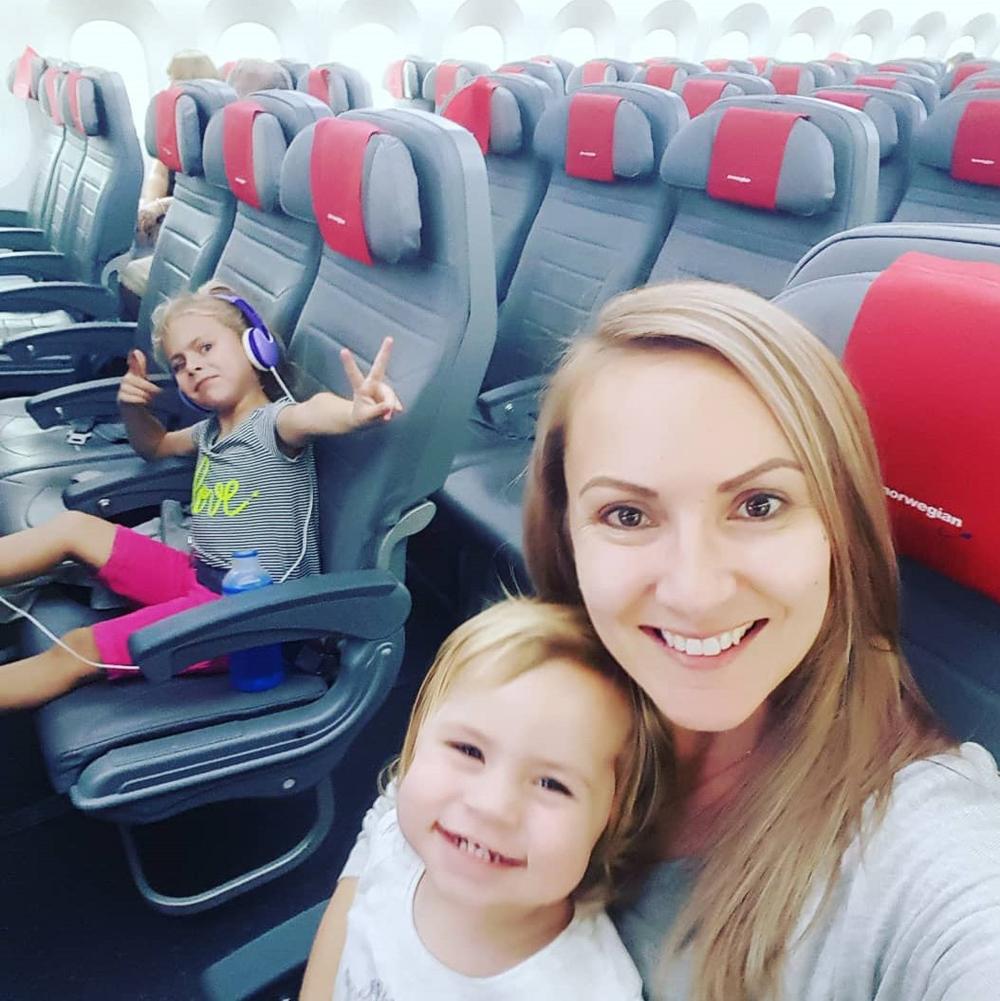 Home-schooling her two children as they go, Gillian and her fiance Andrew Heslop, 35, have already visited Portugal, Iceland, Bosnia, Herzegovina, Montenegro and Croatia on their life-changing travels.

With no plans to return to the UK until October 2019, Gillian – who is currently in Costa Rica with her family – said: "Taking a big trip with my children is something I've always wanted to do, even before I had kids.

"The whole point is to prepare our kids to live in the big wide world when they become adults – but how can you do that when most of their time is spent at a desk, stuck behind four walls?"

The Dundee mother added: "The best way to learn is to get out there and experience life." 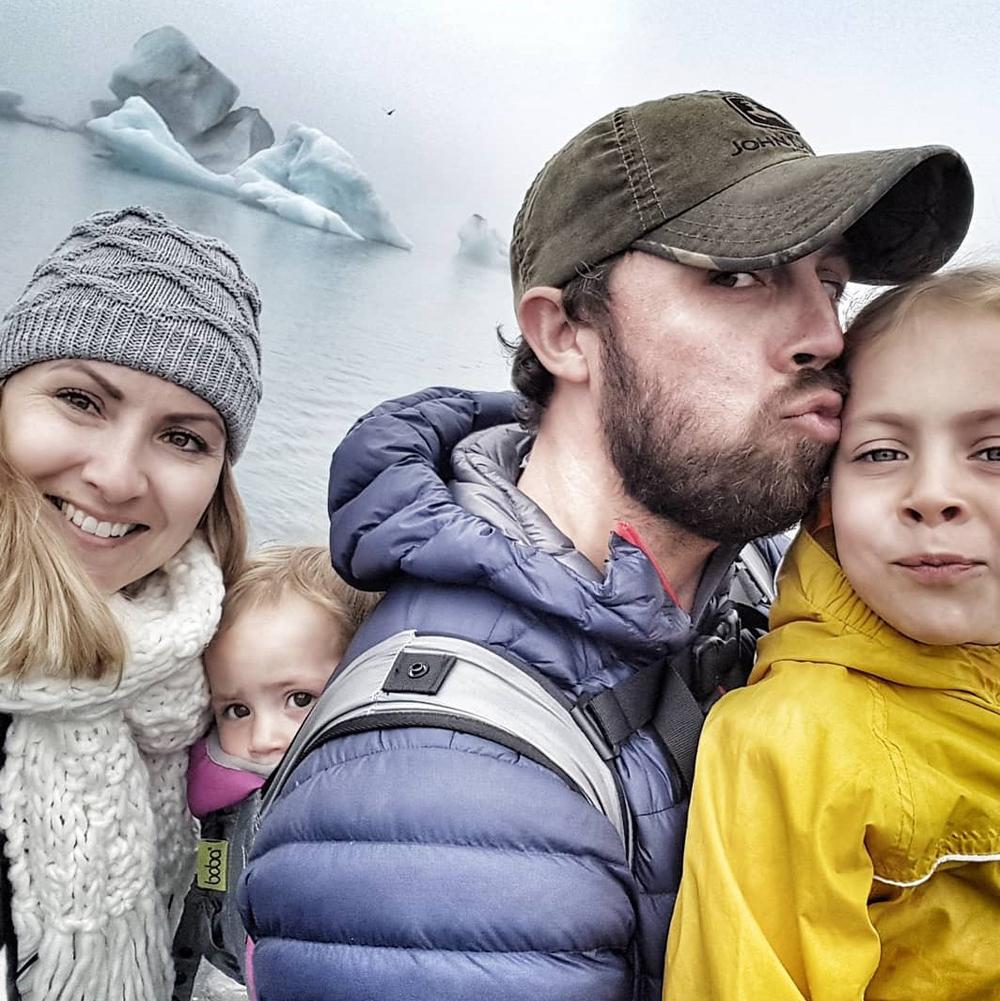 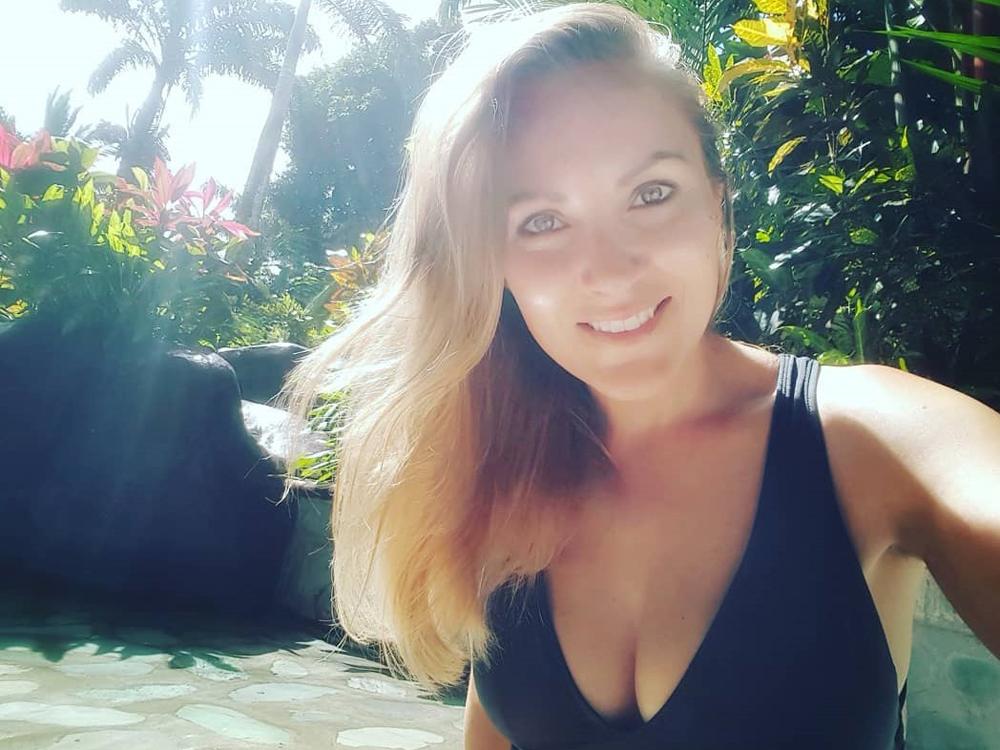 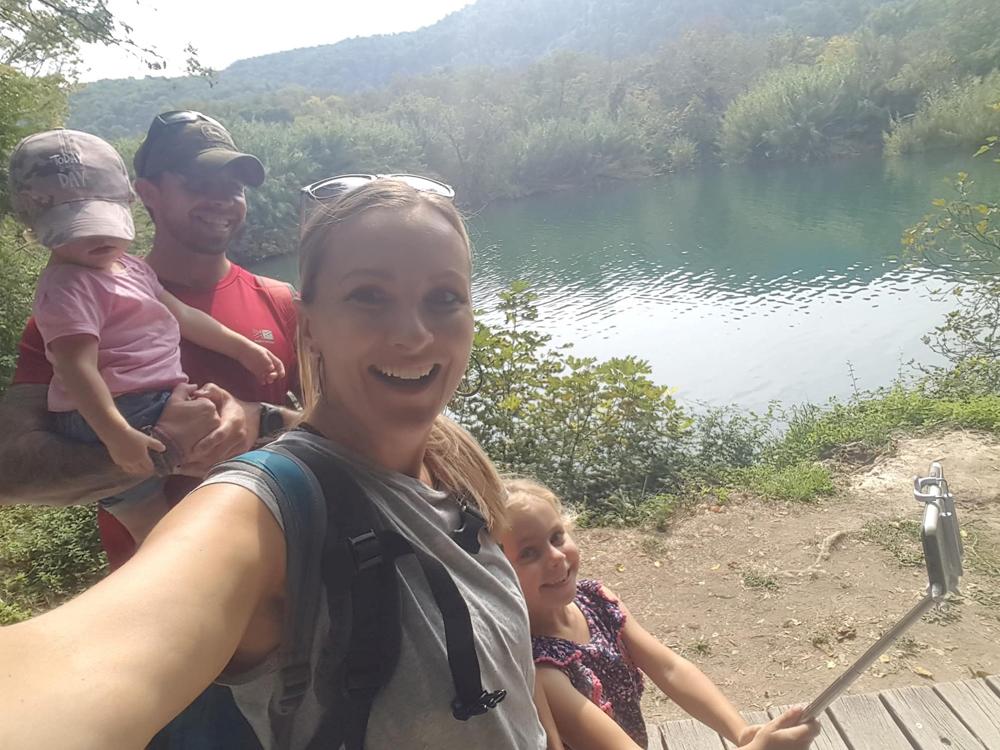 Having discovered her passion for travelling early on in life, Gillian embarked on a four-month tour of Europe when she was just 18 years old.

After living in Germany for three years working as an Army medic, Gillian set off again when she bought a round-the-world ticket which took her backpacking through South-East Asia before travelling across the US, from coast-to-coast.

Gillian first met her partner Andrew – who is now a private security contractor – when they were both in the Army and the two welcomed their first daughter Isla in 2012. 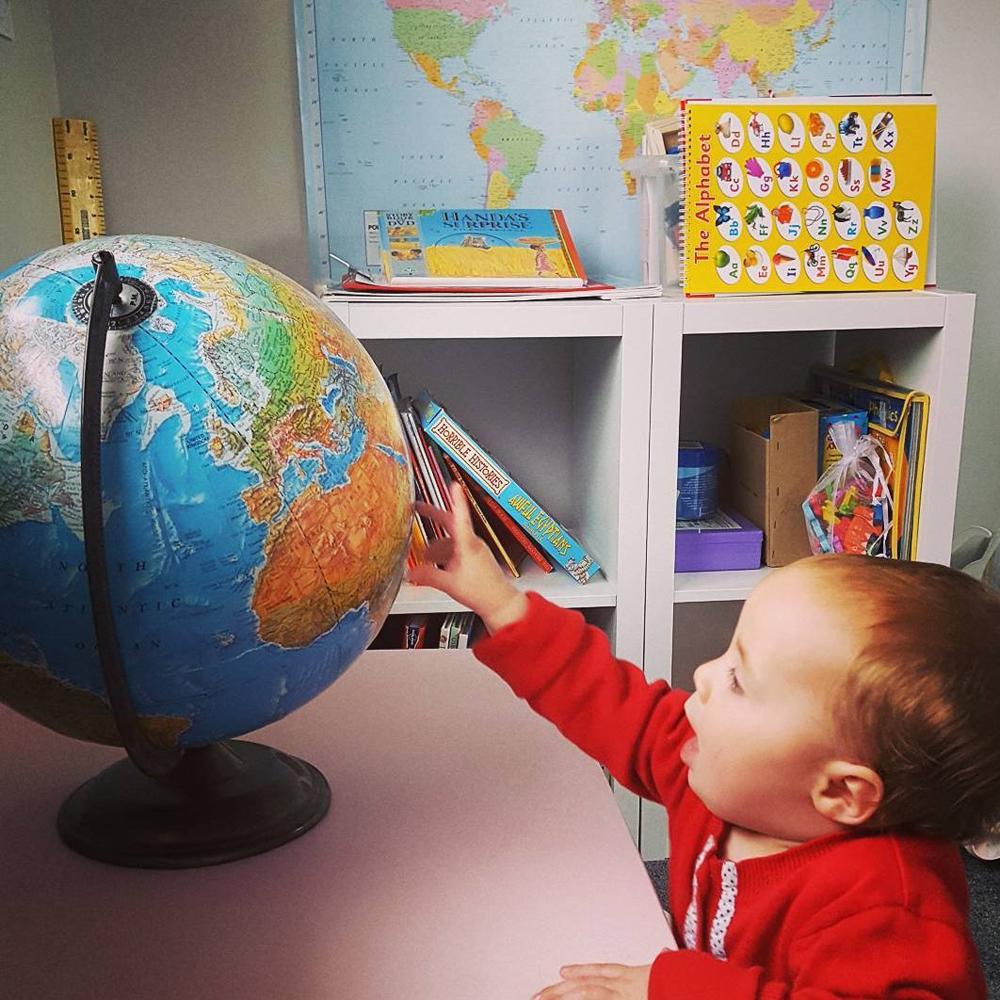 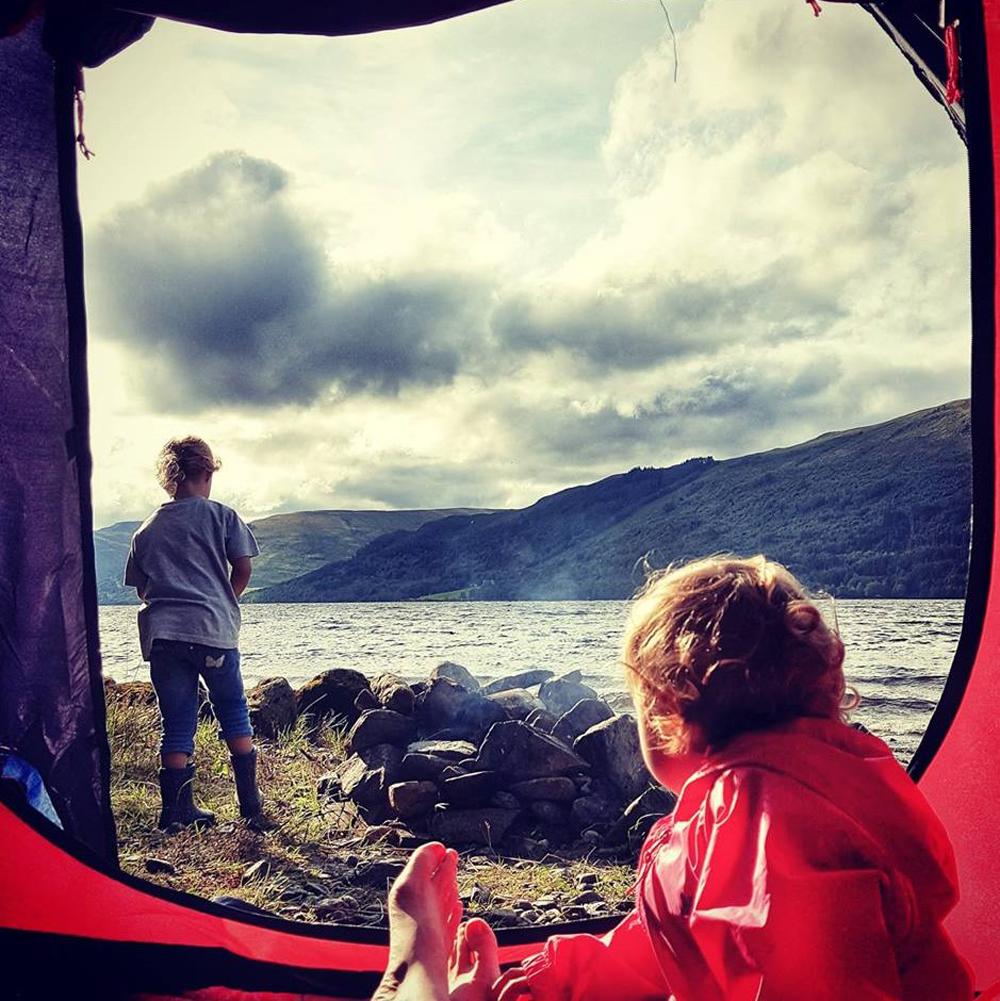 But having a family did not mean settling down.

Still wanting to explore the world, the mum-of-two was struck by inspiration in 2017.

She said: "At the time, Andrew was working away for eight months of the year and missing out on so much at home.

“He’s always so laid back and up for anything, so when I began to get itchy feet and suggested we sell up and go, he was totally up for it.

“There will always be jobs to do and houses to buy when we get back, so why wait?” 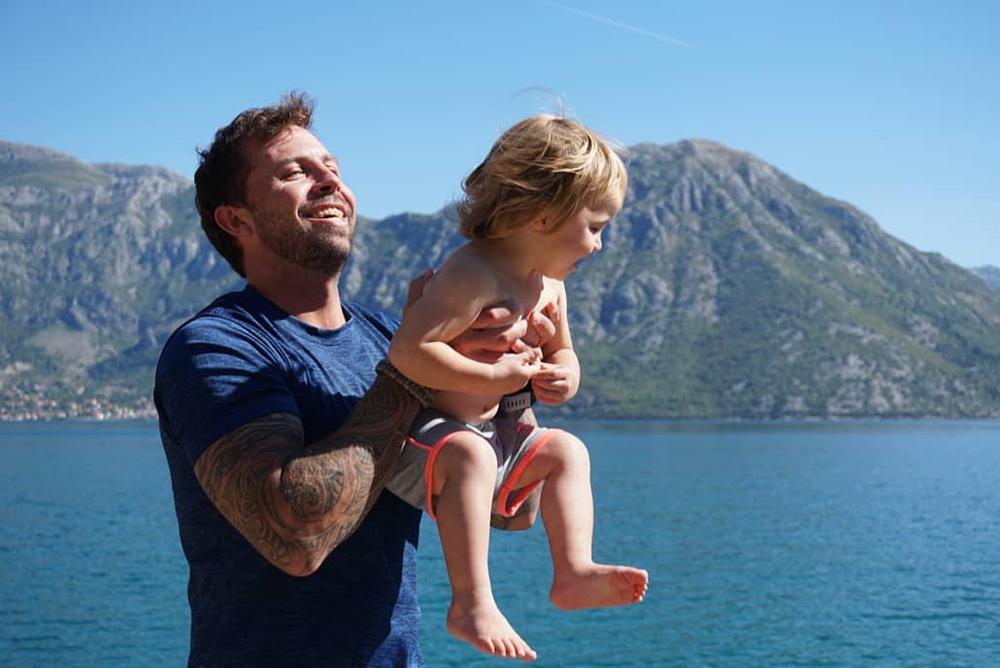 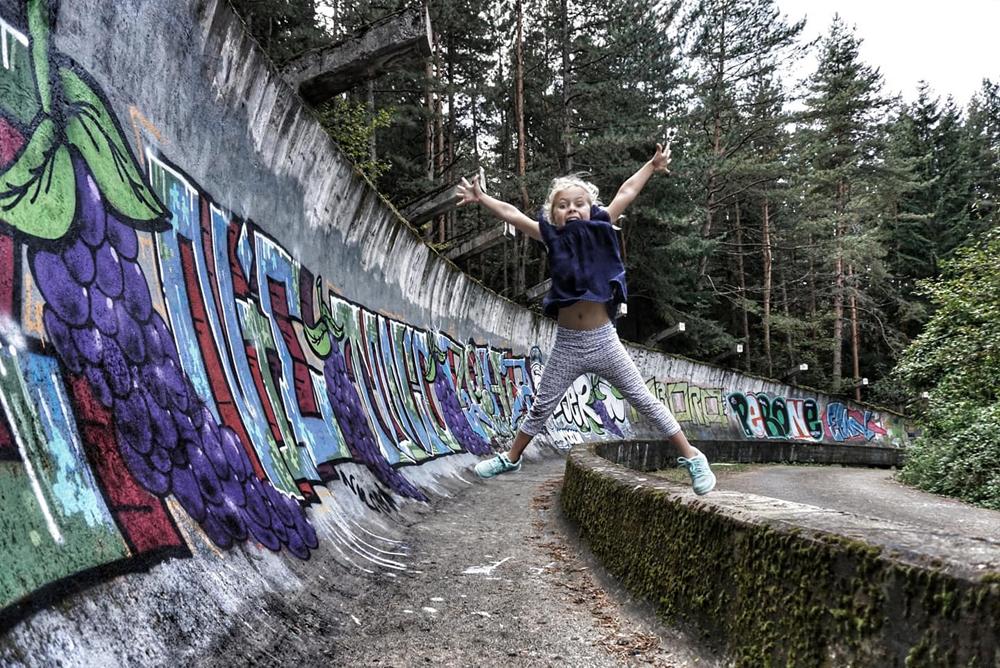 Having already home-schooled their daughter Isla, the couple sold their family home for £170,000 and invested some of the cash in a buy-to-let flat which has provided them with an income during their travels.

Gillian added: "The money we are using to travel with came from saving every penny that came in the door.

"Once we decided to go for it, we stopped buying anything we didn't need. We had no Sky or cable, and SIM-only mobile contracts."

Alongside this, the family would only ever eat out "using Groupon vouchers" and used "a lot of cashback sites, where you can upload pictures of your receipts and get a full or partial refund". 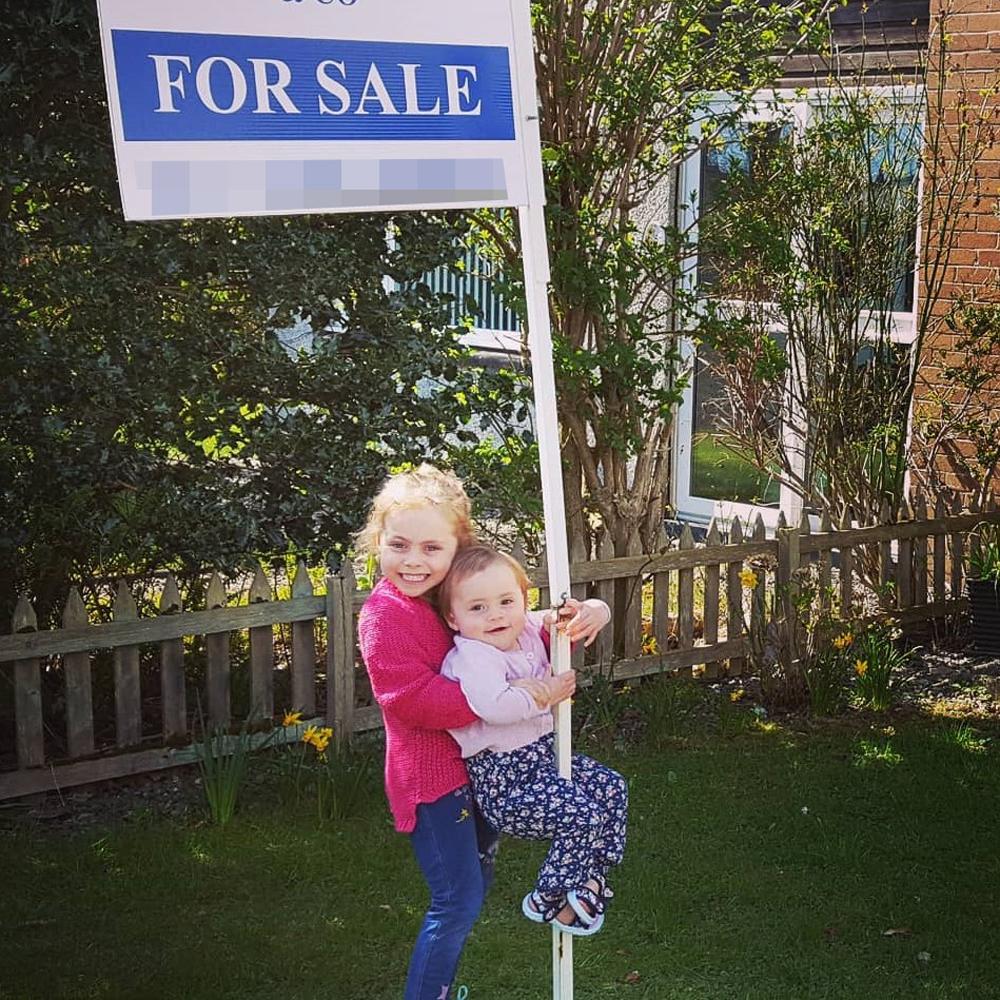 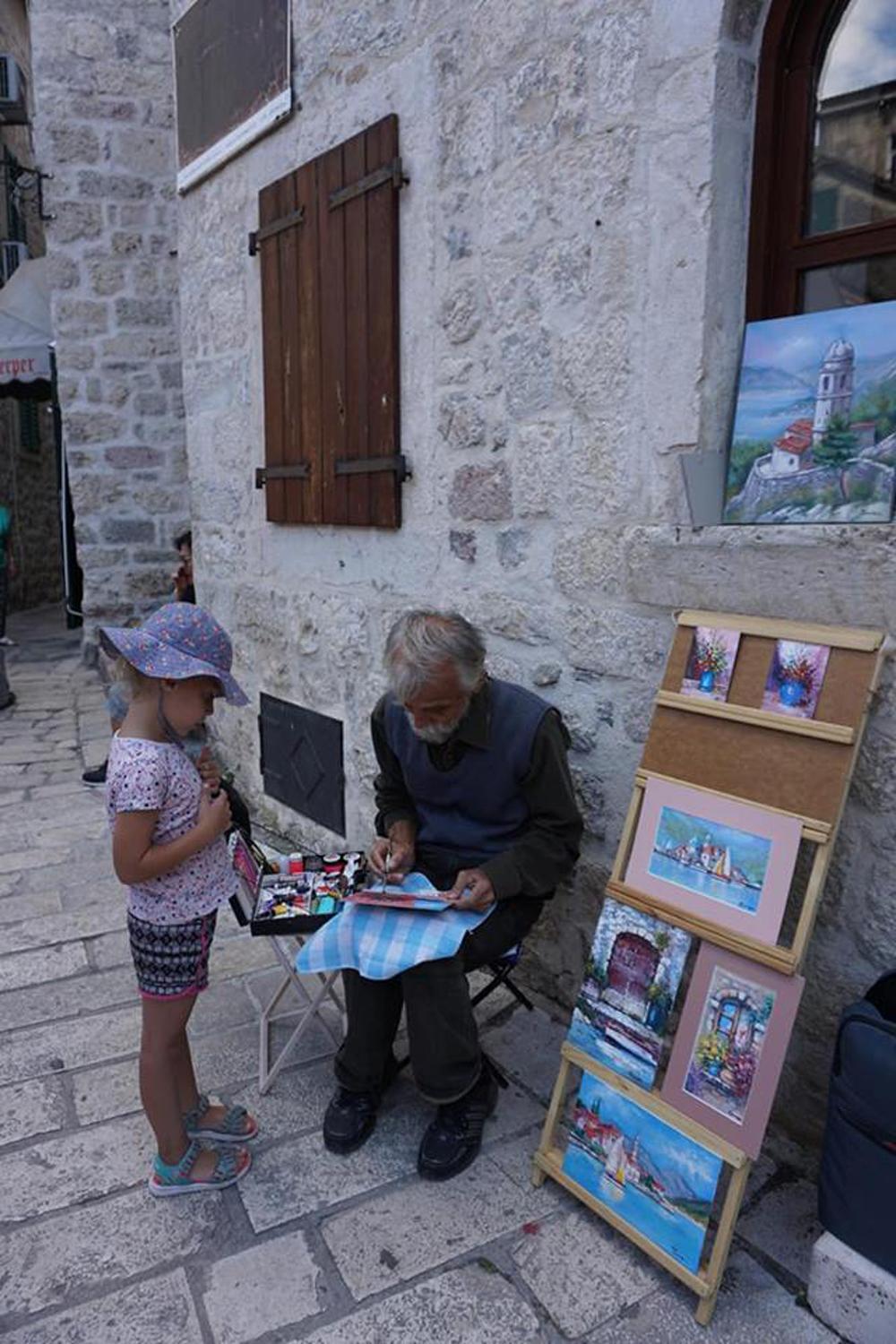 The mum-of-three explained: "We budgeted for our weekly food shop, and clothes and toys were mainly from charity shops, which is good for the wallet and the planet.”

With the exception of a few sentimental items and spare clothes, the couple sold almost everything they owned – including their two cars.

And to keep the costs down during their travels, the savvy mum-of-two uses Airbnbs, budgets hotels and, where possible, free homes in need of a house-sitter. 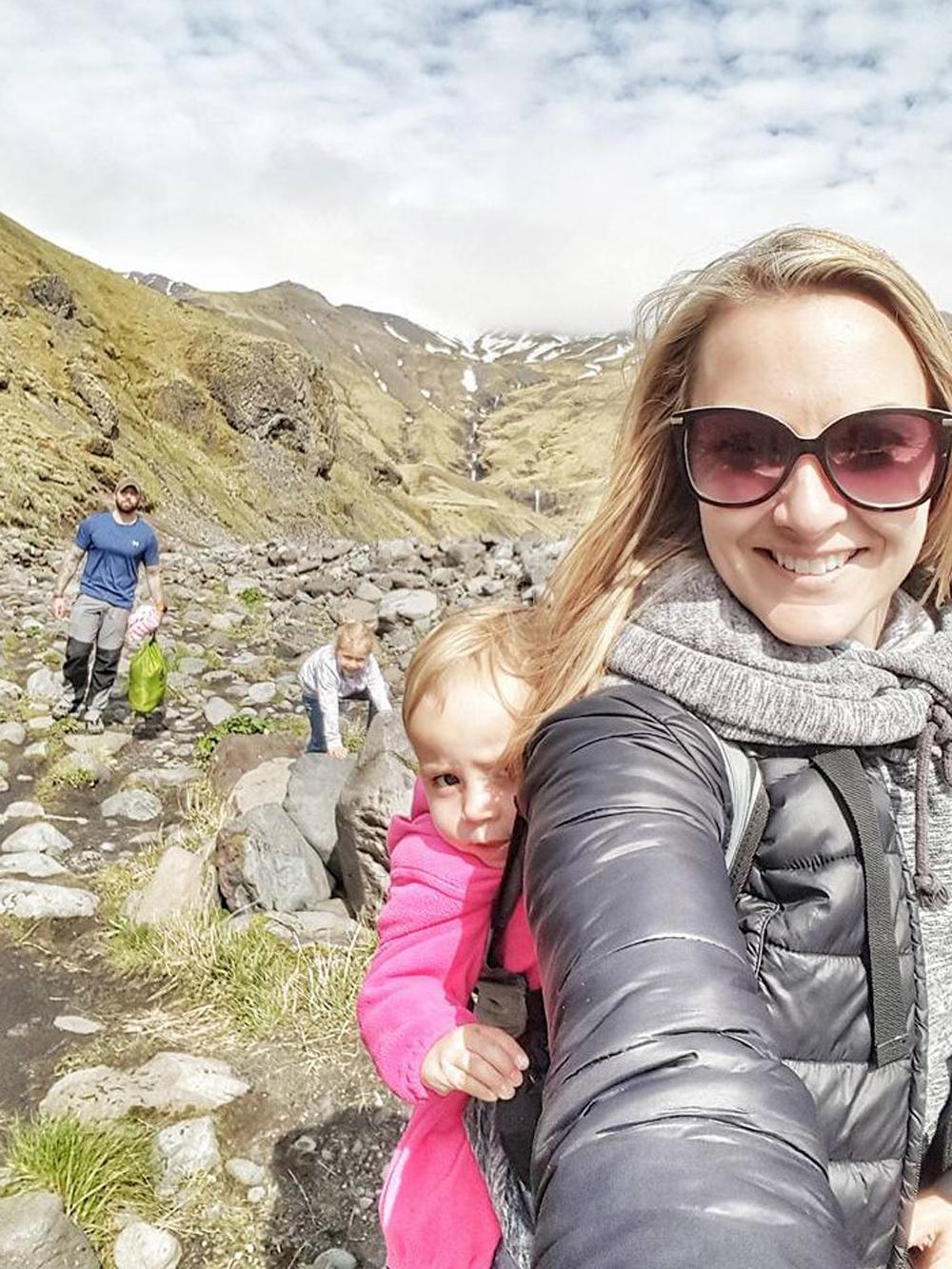 Since selling up, the family have only returned to the UK to visit family for a couple of weeks at a time and will be travelling to the far-flung locations Mexico, Belize and the US this year.

But what did the couple's families make of their life-changing move?

Based on her far-flung adventures before she was a mother, Gillian said: "My loved ones know what I’m like, so weren’t overly surprised when I told them what we were doing.

"People’s only real concern was that we’d have the girls with us. But, of course, we’ll always take safety precautions and have given them all the recommended vaccinations and so on.” 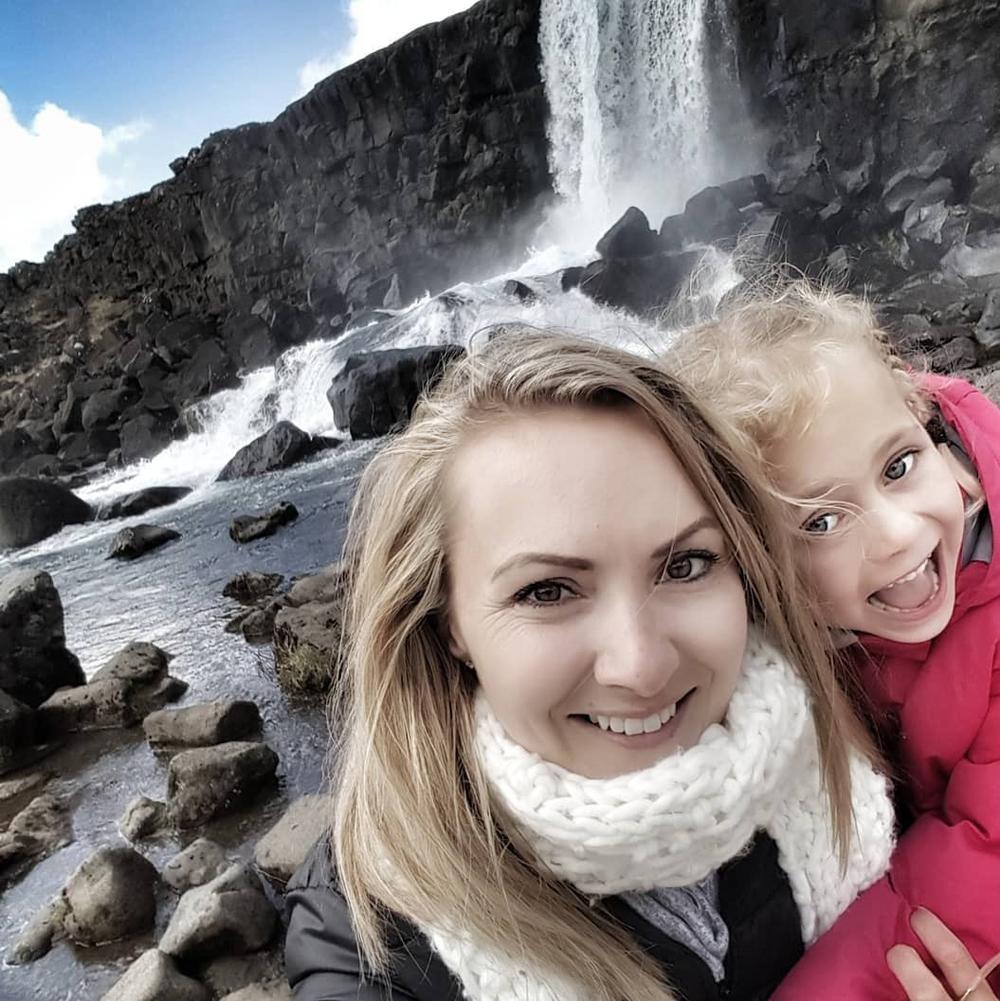 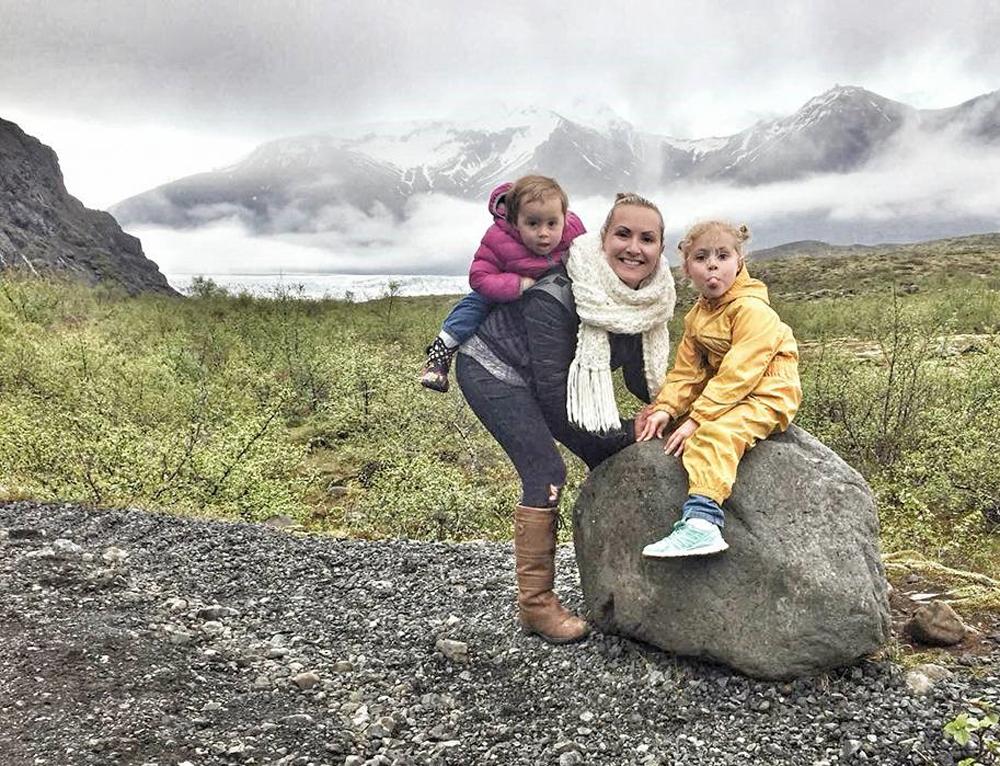 In order to make the most of their life-changing trip abroad, the mother has had to take things at a slower pace for the sake of her two daughters.

She said: “Things can get a bit overwhelming at times – what with new places, heat, humidity, noise, smells, traffic and so on. So, if you choose one thing to do a day, that gives you plenty of opportunity to take it slowly at the kids’ pace.

“We also always take safety precautions, like being aware of our surroundings, not flaunting any valuable belongings, not walking around at night and making sure family back home know where we are.

“However, bad things happen everywhere in the world, every day, so you cannot live your life in fear.”

Unsurprisingly, the couple's choice to uproot their family life has been met with some criticism.

Gillian said: "I have been told in the past to come back down to reality and give the girls a routine, but I don't agree – we're lucky that this is our reality and the girls are thriving." 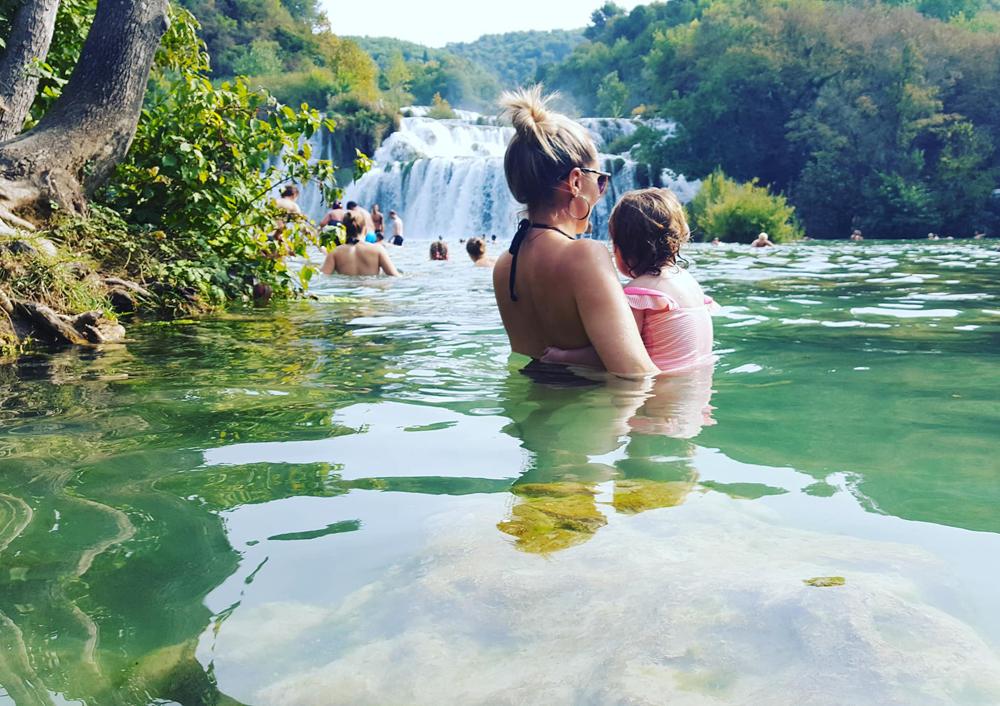 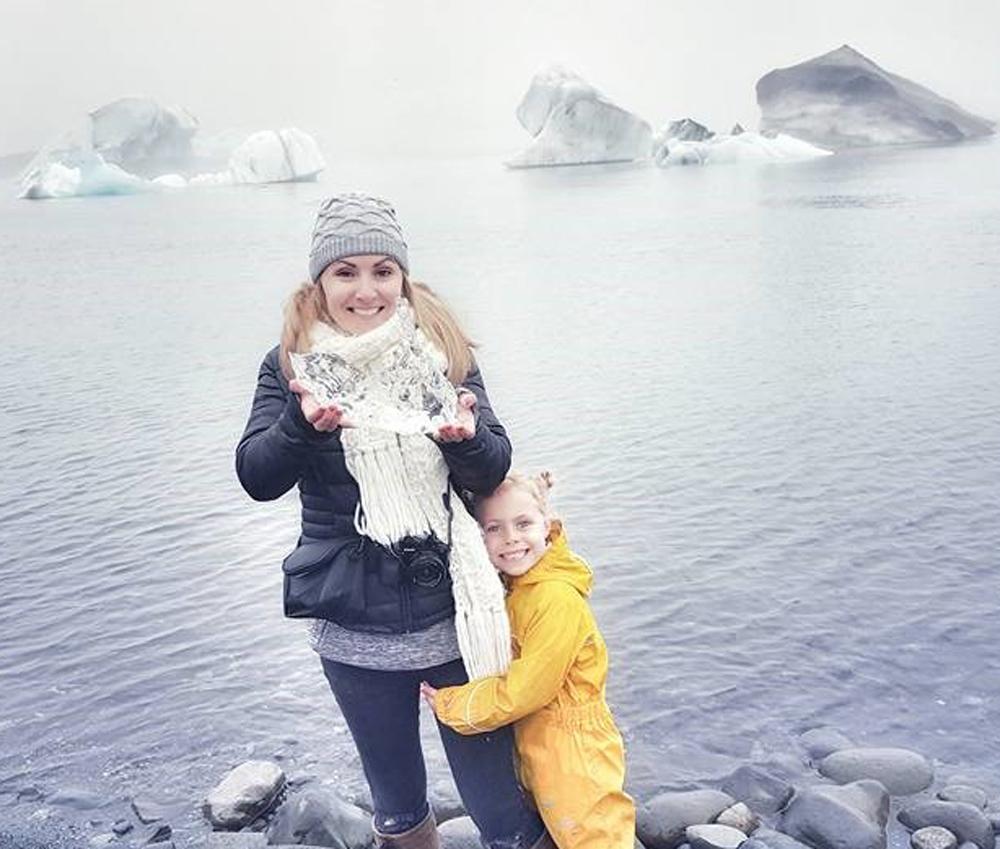 With the family set to return to the UK towards the end of this year, Gillian is keen to instil an adventurous spirit in her girls and will continue to home-schooling as well as taking them on shorter trips.

And despite their intensive trip, Gilian still believes her "girls have roots and a strong sense of belonging".

While neither Isla or Maddie have ever attended school, their mother argues that "everything we do is learning".

"Something as simple as a trip to the supermarket means adding, subtracting, budgeting and learning about healthy food and where it comes from.”

She continued: “A hike or a swim is PE. As a family, we’ve learned history, geography, geology, social studies, languages – the list is endless.

“Travelling also takes you out of your comfort zone and teaches you problem solving, resilience and tolerance and kindness for the world around you and its differences."

For more real life stories, this swimwear model has shared an unedited snap of her cellulite after being trolled on Instagram.

And this mum has been left "humiliated" after she threw herself a "milestone" birthday party and only THREE people came.

Plus this frugal mum who vowed to go a whole year without buying ANYTHING new for her family succeeds for the second year in a row.