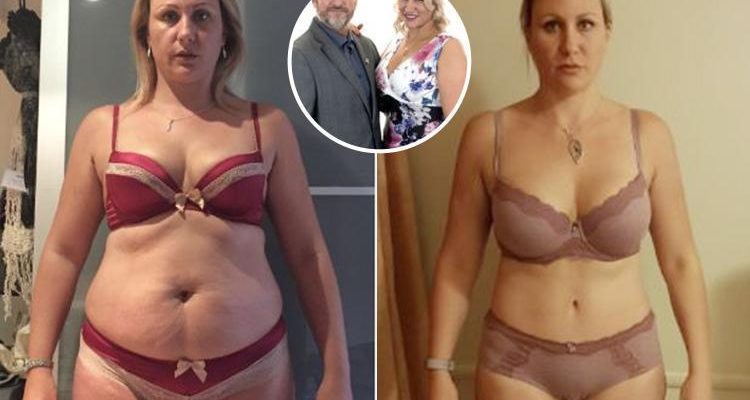 But, busy with work commitments and endless trips away, the 37-year-old’s lovemaking sessions with Colin Chapman, 49, her partner of two years, took a nose dive. 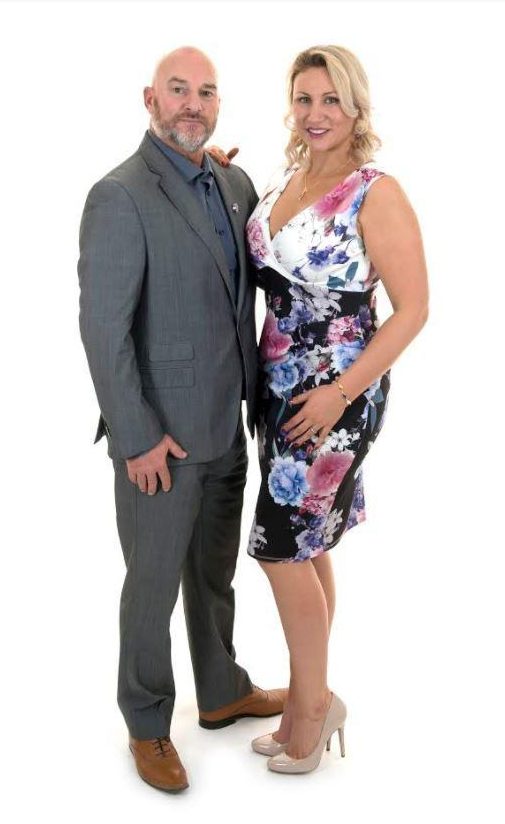 Charlotte told Fabulous Online: “I’d come home and just want to sit on the sofa, have a cuddle, eat chocolate and go to bed – sex was the last thing on my mind and finding time for the gym was impossible.”

Then, two months ago, she had an epiphany. “My job is advising couples on how to spice up their sex lives, so I decided it was about time to practise what I preached.

“My sex life with Colin had always been good but I wondered if I could make it better by putting it together with an exercise regime, not just to maximise a workout but also to see if it would help me get closer and more intimate with him.”

And so the 'sexercise' – yes, that’s sex and exercise – challenge was born. She said: “We’d both put on weight due to our comfy-sofa evening routine – I weighed 14st 13bs and Colin was 16st 7lbs – but I’m always up for trying something new so thought, ‘why not’!”

Charlotte and builder Colin teamed up with a personal trainer and devised a six-week regime, which combined strengthening exercises with sex positions and a healthy eating plan – and the results were astonishing.

Charlotte said: “We each lost over a stone in weight. I waved bye-bye to my bingo wings, dropped from a size 14 to a size 12, lost over three inches from my waist and 19 inches over my whole body.

“But the best bit was we both got to enjoy more sex, more oral sex and our orgasms became far more intense due to an increase in our stamina.”

The Sexercise Fitness regime involves couples learning three strengthening exercises. These range from simple moves like hip thrusts and leg raises, to the plank and tricep dips. You can do them at home, in the park or in the gym.

How the sexercise regime worked…

Step 4 – Perform the sexercises at the end of each week 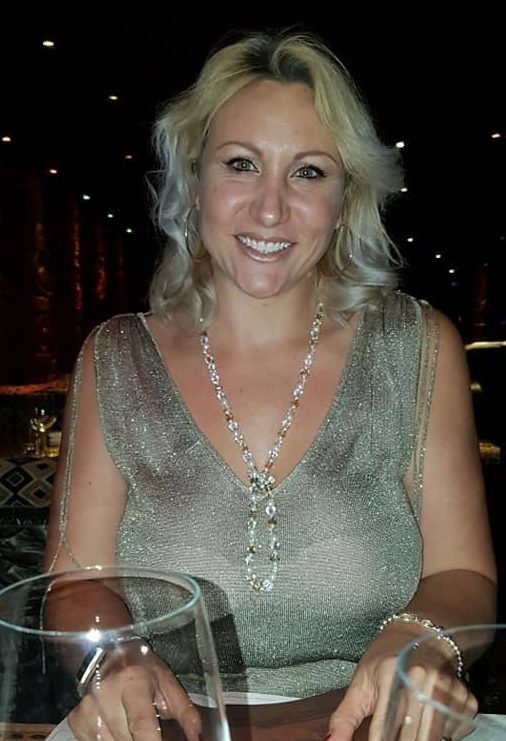 Charlotte and Colin practised them three times a week doing 15 reps of each move, three times (45 reps in total).

At the end of the week, once they’d mastered the strengthening exercises, the pair were then ready to try the moves out in three sexercise positions – where they combined sex with the exercises.

Charlotte said: “By week two Colin loved it. The first sexercise move involved me doing press-ups on my knees while giving him oral sex. He simply had to lie on the bed and lift his head to engage his core.”

But Charlotte says she didn’t find her favourite position until week six. “My favourite move was when Colin got into a reverse crab and I was on top holding myself up with my hands behind me on the bed and legs on his shoulders,” she explained. 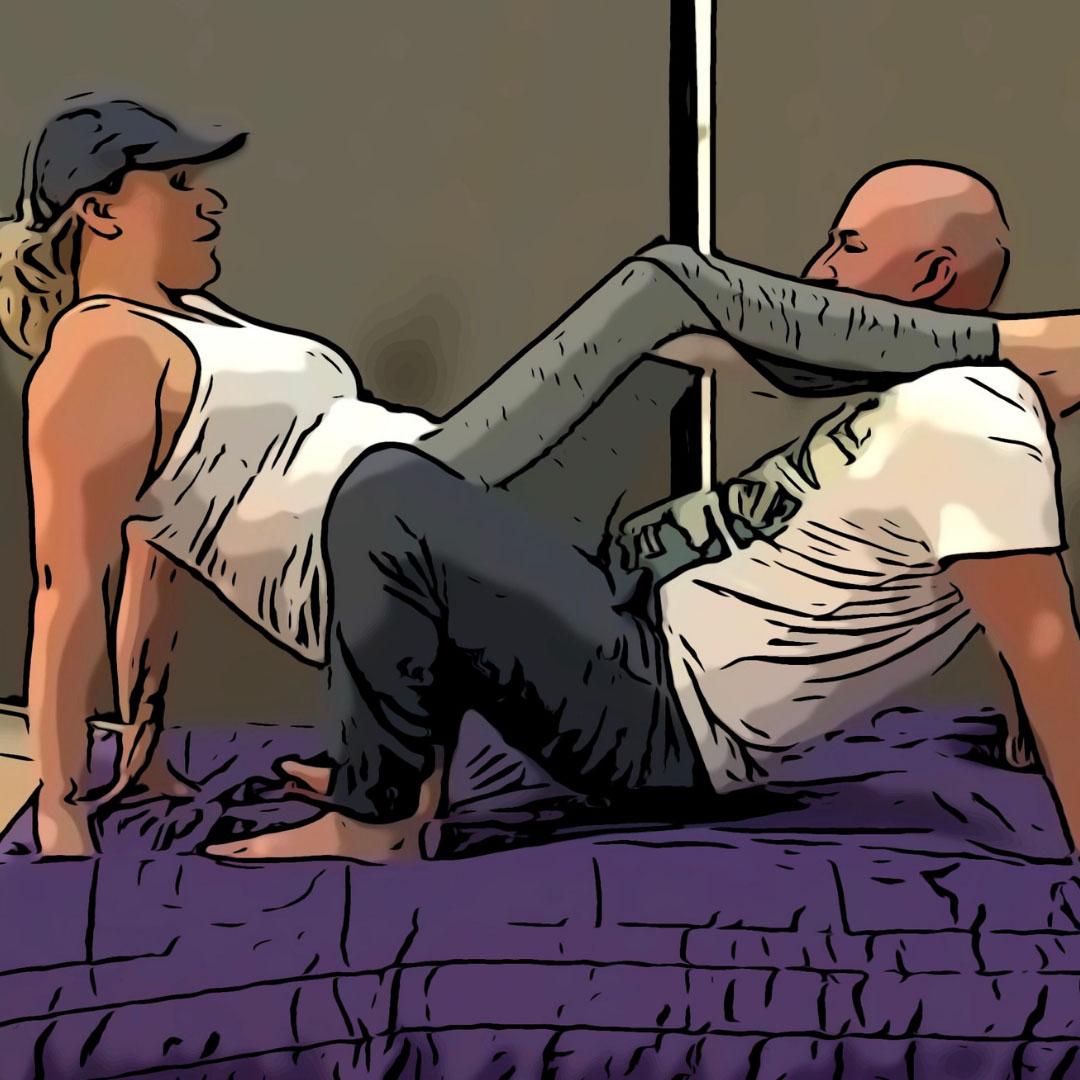 “I had to then lower myself up and down on him. He lifted himself up and we then did this bouncy motion. It works out your whole body and you do ten bounces and then rest. It was great!”

By week six Charlotte and Colin were burning up to 300 calories for each 20-30 minute sexercise session in the bedroom.

They also followed a calorie-counting healthy eating plan where Colin limited himself to 2,100 calories per day and Charlotte stuck to 1,600 per day.

She said: “We watched what we ate, made home cooked meals but still managed to enjoy glasses of wine and even have a McDonalds or a KFC as a treat.”

Charlotte adds that while the sex was great, it was the laugh her and Colin had while doing the moves that bought them closer as a couple.

She said: “The funniest move was probably what we called the ‘fire hydrant’ on week five. Colin was underneath me and I was on all fours. I then had to lift my legs up like I’m a dog peeing while he gave me oral sex.”

As the weeks went on though, Charlotte says the exercises became more intense and the sexercise positions became more complicated. This inevitably led to a few bumps and bruises along the way.

“Colin head butted me a few times and crunched my nose,” she said. “And who knew that carpet could be so slippy! When we were in the gym with trainers on, the moves were much easier than when we were barefoot on carpet.” 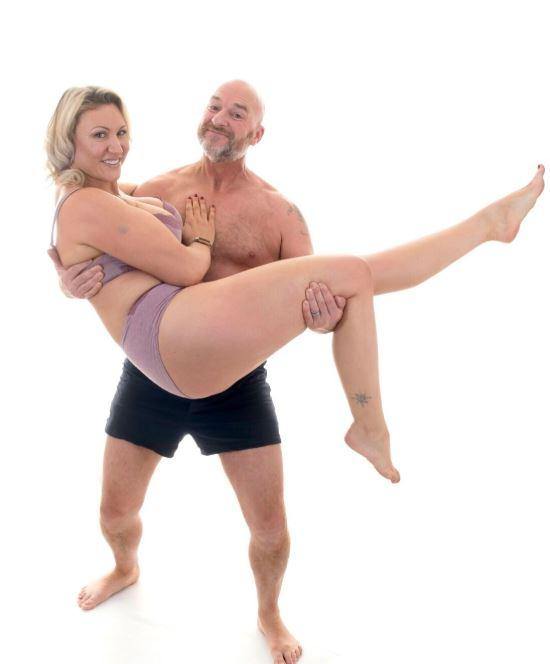 Out of the 18 sexercise moves the regime suggests, Charlotte says the most complicated came on week five.

“I was on my back with my knees pulled towards my chest and then Colin was squatting over me with his head the other way.

“That was very challenging as you’ve got to be very flexible but you’ve also got to be confident with your body as we both got an eyeful of each other’s bum!”

But, despite the compromising positions and muscle aches along the way, Charlotte says she’s very happy with the results and her and Colin are already working on whole new range of sexercise moves.

“I didn’t start this process wanting to be ‘beach body perfect’ person. I just wanted to enjoy myself, get closer as a couple and lose a bit of a weight in the process.

“It worked and to make it even better – the sex is great!”

Use the code: sun18 to get your membership for the discounted price of £19.95.

Fancy trying some more positions to spice up your sex life? The unicorn sex position is the magical bedroom move couples are loving…

Did you know that the Vajazle is back and it’s had a festive makeover? Waxing professional reveals rise in women asking for star, candy cane and Christmas tree glitz down there.

Want to get some kicks after dinner? The Fold’ sex position is a must for shattered parents who want to get their kicks.