THE phrase 'beauty is pain' is always something that rings true when it comes to waxing but one woman has revealed the horror she endured when she went for a routine root touch-up at the hair salon.

A blonde beauty named Aliana took to TikTok to tell her followers that after eight weeks she decided to go to the salon to get her hair done. 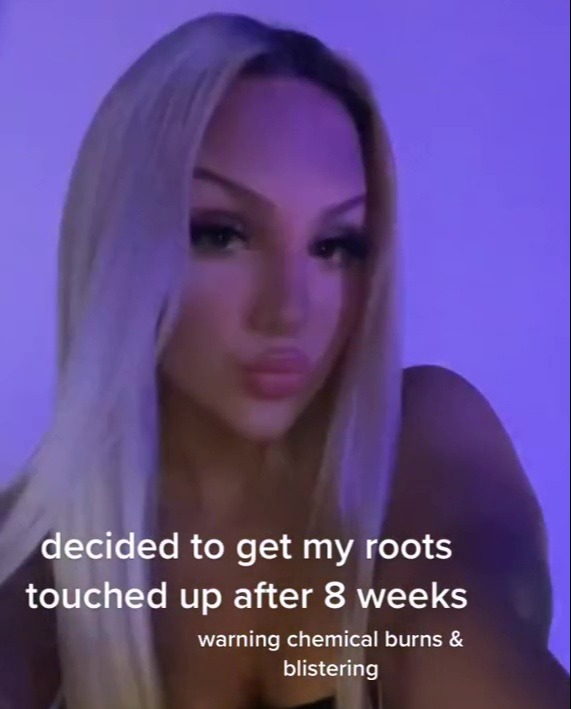 The Influencer who opted to keep a bleach blonde colour became concerned about the procedure after she heard the colourist say that she mixed 40 with 20 volume on her roots for the retouch.

You use a volume to lift or add colour usually it starts at 10. Anything over 40 is a huge risk to your hair and can cause serious damage.

After this was put on her locks, she revealed the pain became unbearable. She wrote: "Oh my God it hurts so bad,”

She said that the pain was so severe she started to shiver and to add insult to injury the salon went on to charge her the full price. 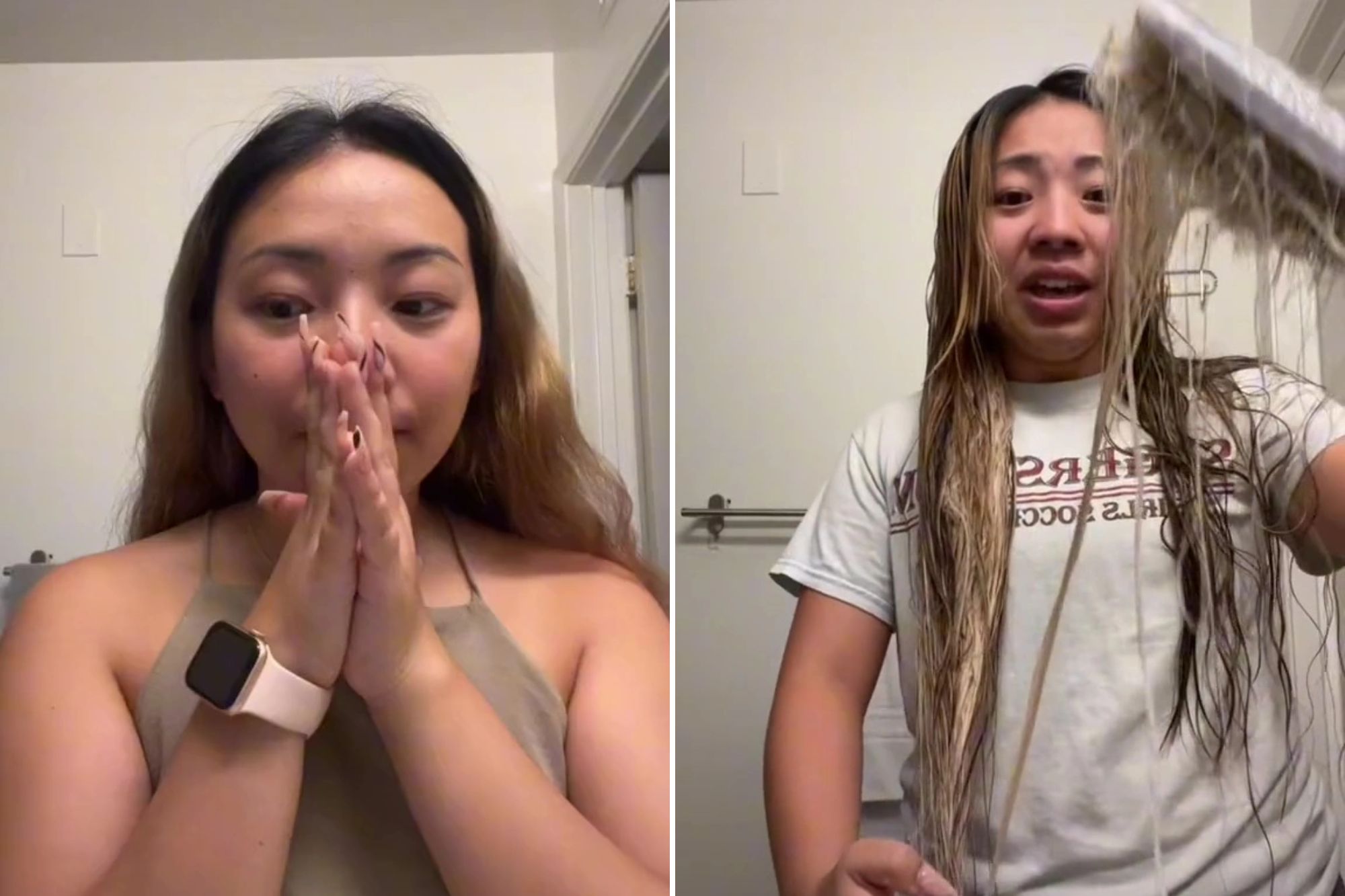 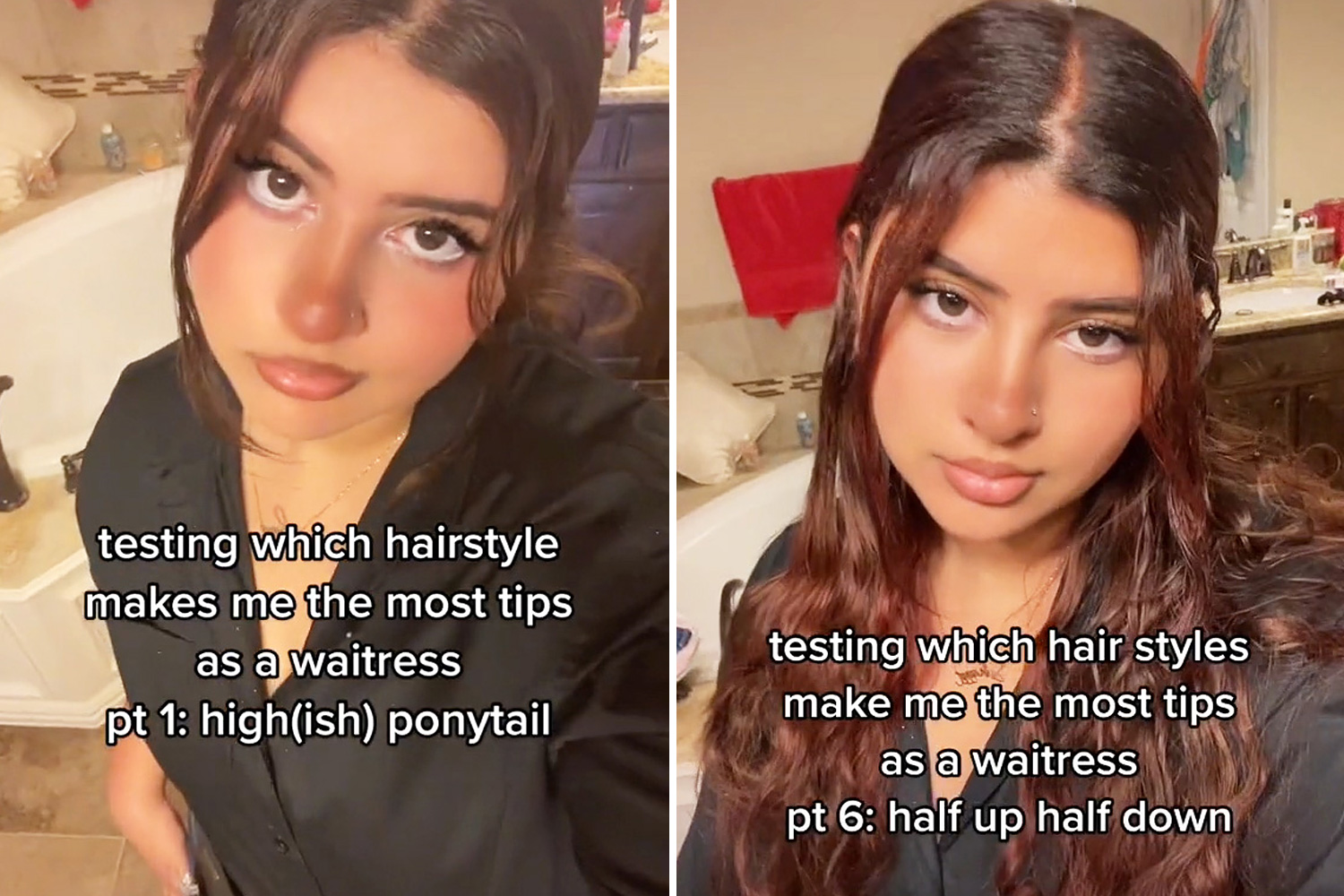 Explaining the procedure that the colourist had done wrong she wrote: "She bleached it on the spots that didn't lighten with 30 volume for a half hour when the other lightener was in for a whole hour and I was crying twice it hurt so bad."

When the stylist finished her hair she was left with a sore blistering mess, that looked painful and bald in parts.

When the influencer admitted she was in pain from the finished do, she was informed that it was her own fault for having had tape ins in her hair.

She added: “When I tell y’all it hurt worse than me getting my lip injections & I cried that it was hurting as well."

Her video was liked by over 50K people and many flocked to leave a comment on the botched retouch.

Isabelle wrote: "Please sue also what salon was this.”

People say my outfit is inappropriate for a funeral

Follower Teresa Henderson replied: “I’m so sorry this happened! 40 vol should never be used on a scalp and the minute you said burned,  you should java had it washed out IMMEDIATELY. 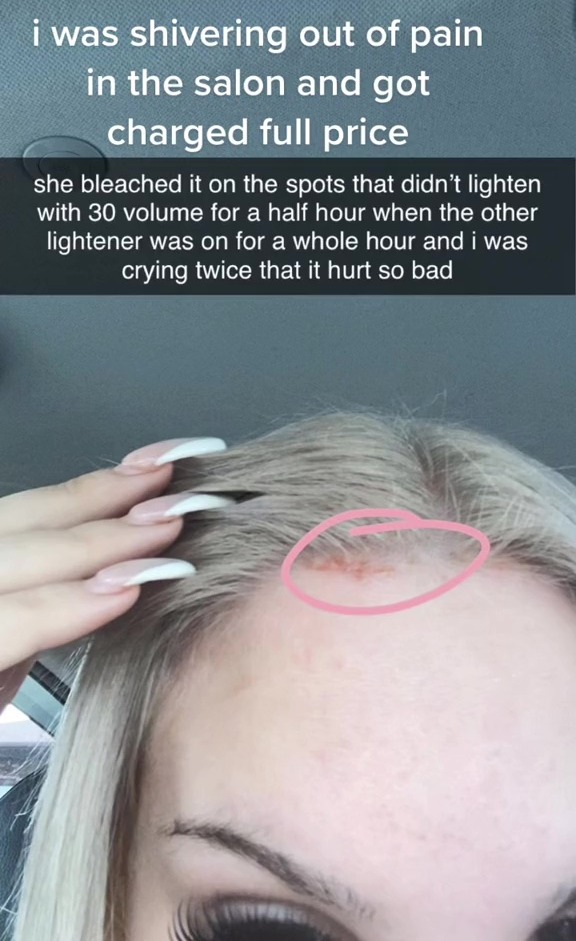 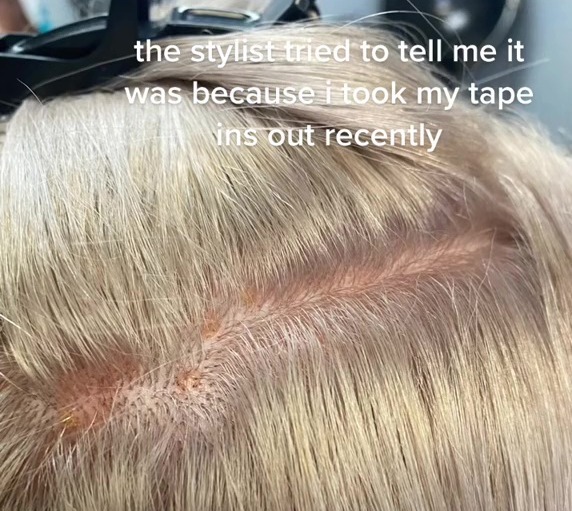