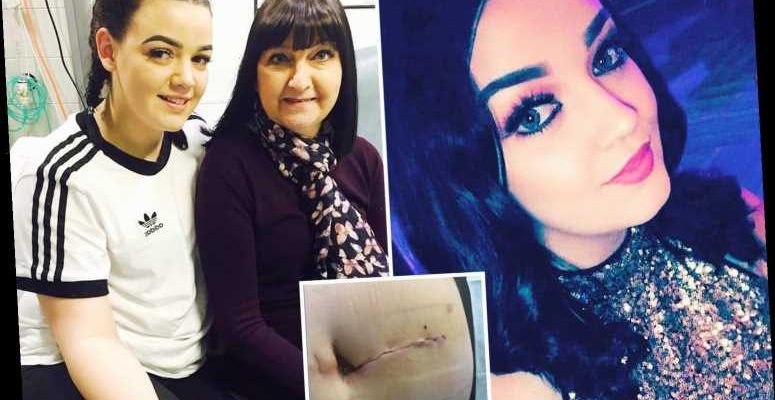 WHEN doctors told Jayne Ward she wouldn't survive without a kidney transplant, her daughter Emily immediately put herself forward.

Despite doctors warning her off the op, and Emily's fears she wouldn't pull through for son Lucas, four, she was determined to help single mum Jayne. 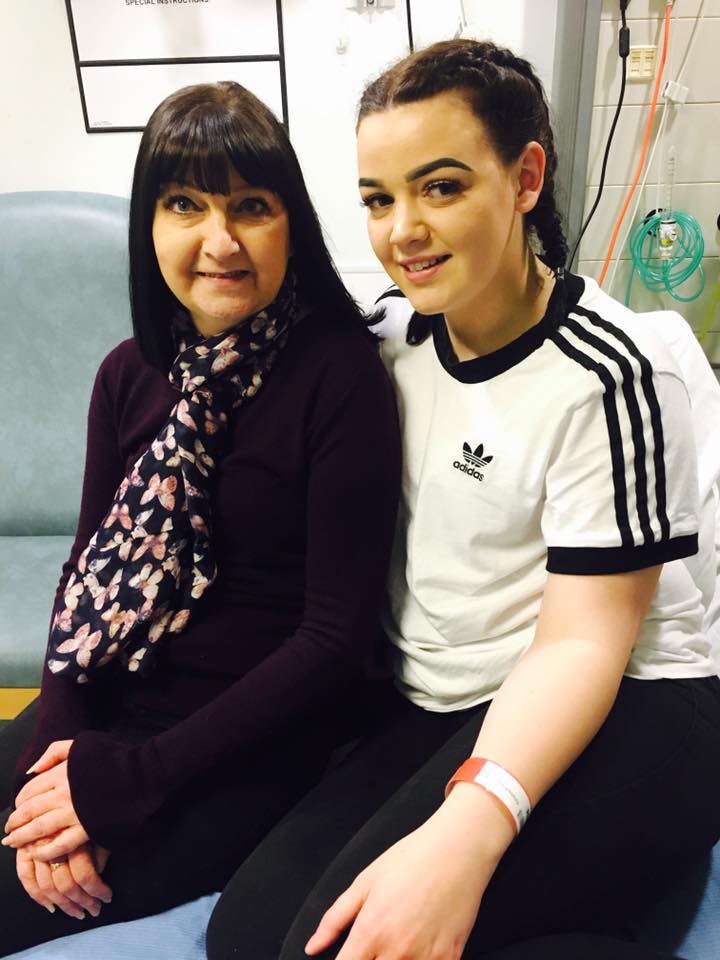 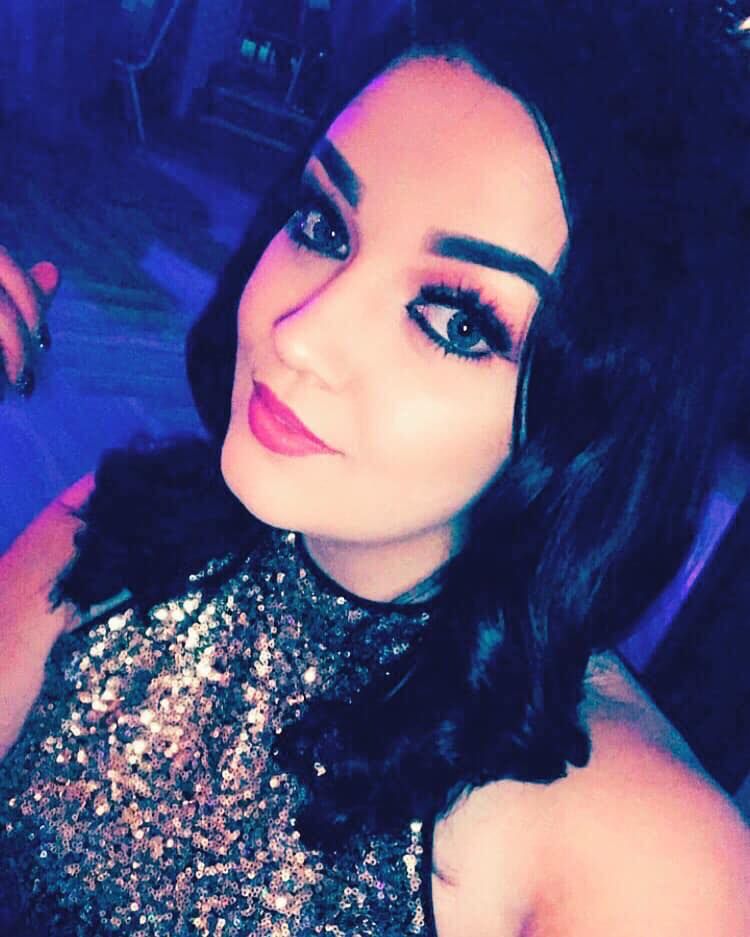 But she was terrified of being to sleep – even asking doctors if she could be awake and watch the Jeremy Kyle Show during her surgery.

Speaking exclusively to Fabulous Digital, Emily said: "There was that fear if something bad did happen, I wouldn’t be here for Lucas anymore.

"I also have a fear of being put to sleep and I did ask the surgeon if I could be awake and watch Jezza.

There was that fear if something bad did happen, I wouldn’t be here for Lucas anymore

"But he was like ‘you’re absolutely crazy, I’ve never been asked that before, no you cannot be awake’.

"I said ‘I need to wake up and see my little boy’ but he said ‘you will, I promise you’.

"All those thoughts were going through my head, but I suppose anyone having surgery would feel like that." 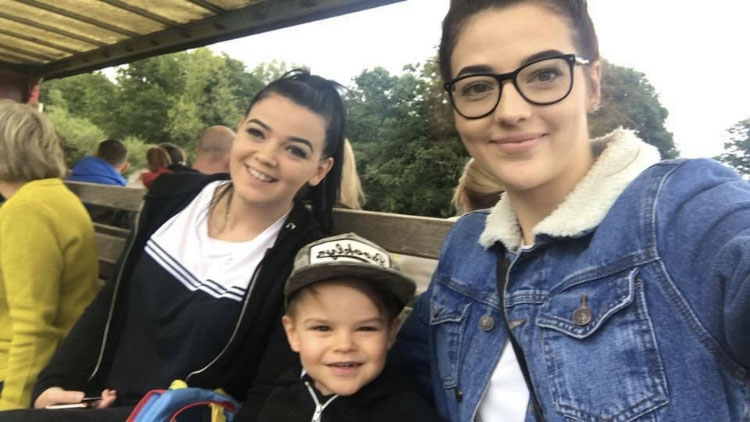 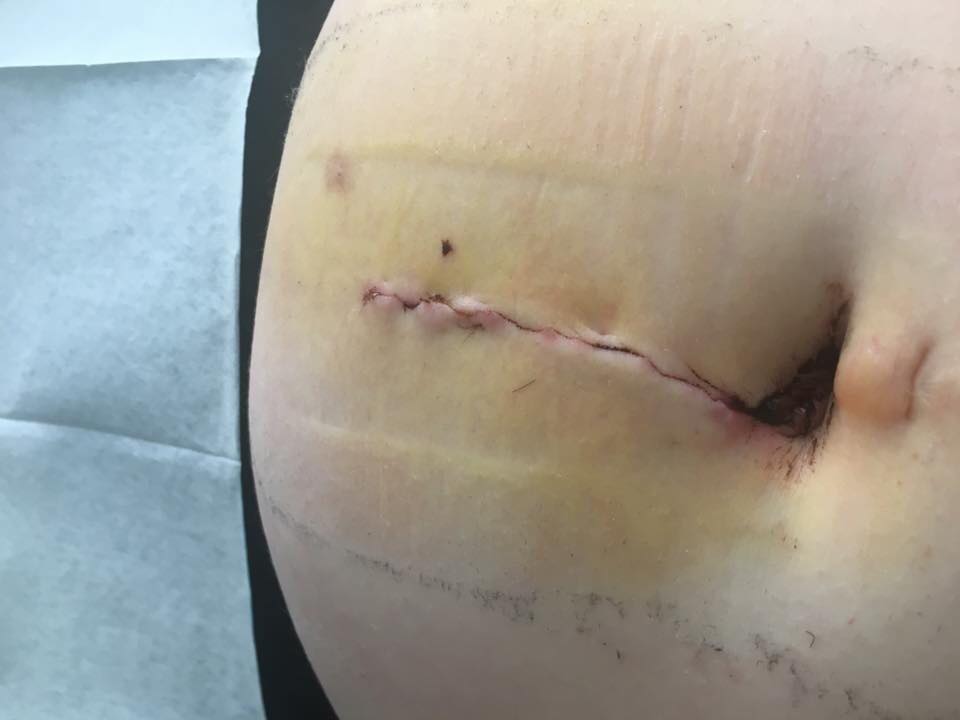 Emily was just 26 when she had the op at Portsmouth's Queen Alexandra Hospital.

She said: "The surgeon felt because she didn’t have any children and was so young, it wasn’t the best idea.

"I already had my little boy, if they turned around and said ‘you can’t have anymore children’, that would have been fine.

I knew it was something I had to do, I couldn't imagine my life without her

"The whole time the medics were like ‘are you sure you want to do this? Things can go wrong’.

"There were more risks for me than there were for my mum – of having a bleed, my body not coping on one kidney and there’s always the risk of dying.

"But I knew it was something I had to do, I couldn't imagine my life without her. 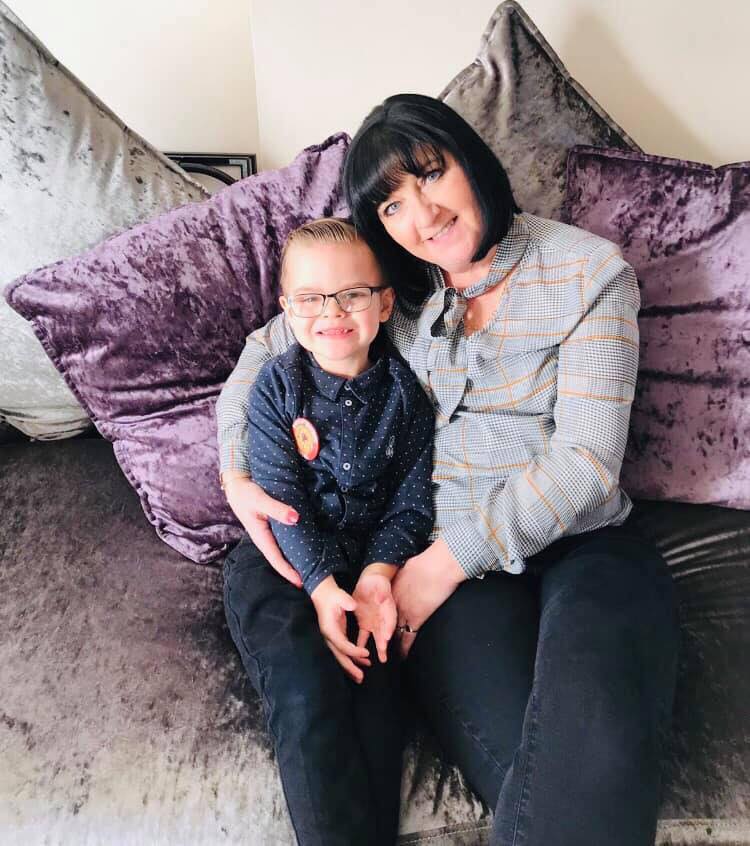 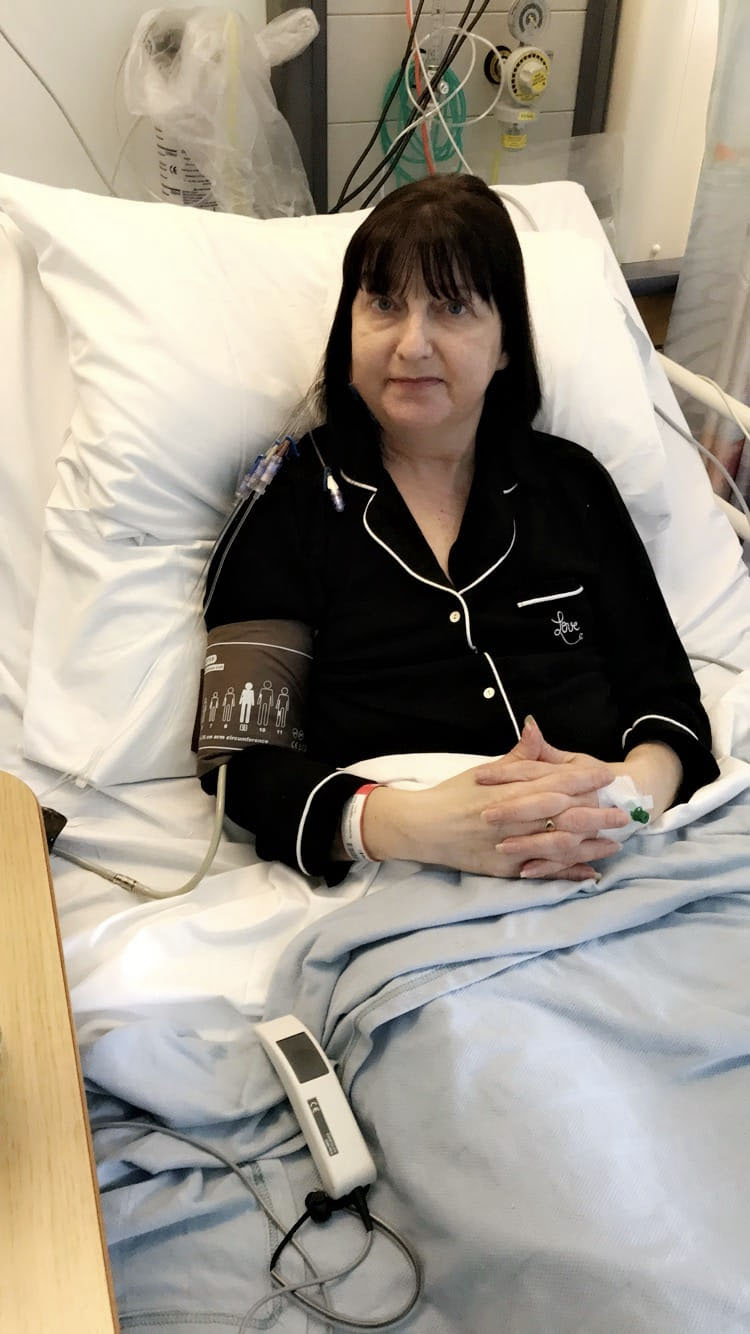 IgA nephropathy (or Berger's Disease) is a condition where the protein which normally helps the body fight infection settles in the kidneys.

It can cause the kidneys to leak blood and protein into the urine, eventually leading to kidney failure.

After 10–20 years with IgA, about 25% of adults develop end-stage renal disease (ESRD).

They will then require dialysis or a kidney transplant to survive.

In the early stages, IgA often has no symptoms.

It can be silent for decades, with the first sign normally blood in the urine.

Doctors don't know what causes it.

Emily, who also had an older brother, considers her mum her best friend.

She said: "Me and my mum are really close, we always have been. We're best friends, I tell her everything.

"She helps out with Lucas, if I'm working late she'll pick him up from school and we see her at weekends. We speak on FaceTime every day."

It wasn't our mum laying there, she had no colour, she was just grey. It was awful. Seeing her in intensive care was so hard

Jayne has had kidney issues since childhood, but went downhill in February 2017.

Emily said: "She was really poorly for about a year before the transplant.

"She wasn't diagnosed with IgA (a disorder causing the kidneys to leak blood and protein into the urine, which can lead to kidney failure) until 2017.

"Doctors put her on steroids in May, but they caused a stomach ulcer which burst."

Unlike most types of organ donation, it's possible to donate a kidney while you're alive because you only need one to survive. This is known as a living donation.

Ideally, living donations will come from a close relative because they are more likely to share the same tissue type and blood group as the recipient, which reduces the risk of the body rejecting the kidney.

Kidney donations are also possible from people who have recently died, but these have a slightly lower chance of long-term success.

People who need a kidney transplant and don't have a suitable living donor normally have to wait 2.5 to 3 years for a donation.

While living with a kidney transplant, people are advised to quit smoking, eat healthily, lose weight if obese, and take steps to avoid getting ill.

You can register as an organ donor here.

Jayne was rushed in for emergency surgery and ended up in intensive care for 11 days.

Emily said: "It was very scary. We knew she was going into hospital that morning, she was texting us and then it went very quiet.

"No-one had heard anything, so me and Hayley were worried. We were phoning the hospital but they weren’t telling us what was going on.

"Eventually we were told she was having emergency surgery, so we rushed to the hospital.

"It wasn't our mum laying there, she had no colour, she was just grey. It was awful. Seeing her in intensive care after the op was so hard." 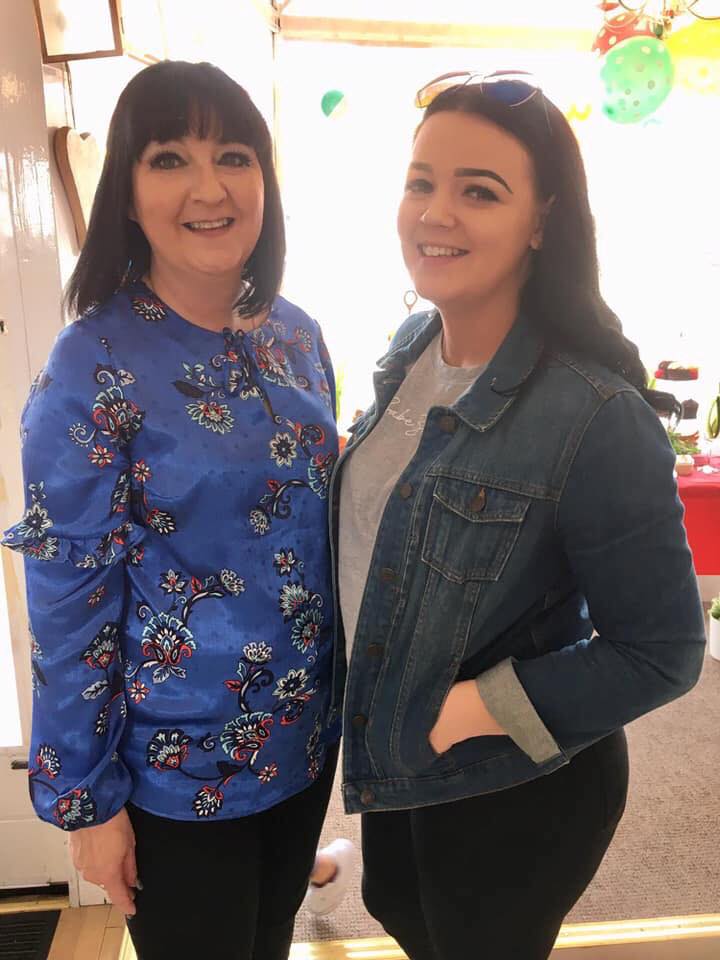 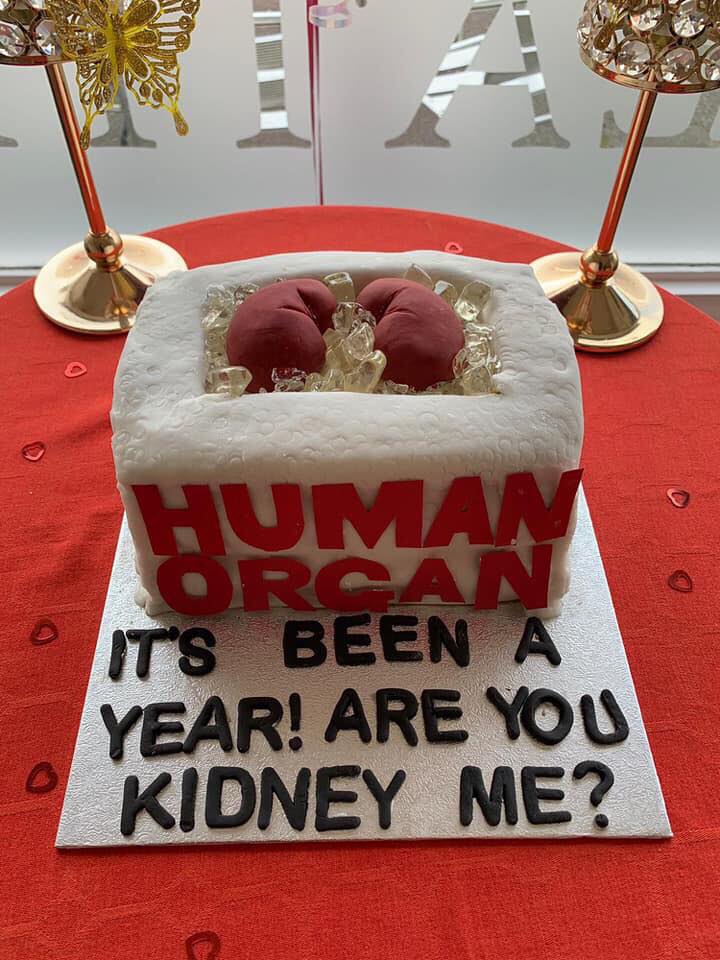 Not long after, Jayne was told she needed a kidney transplant and dialysis – or she wouldn't make it.

Emily said: "When Mum came out of intensive care, she didn't have the energy to do anything. She couldn’t look after Lucas, she’d spend all her afternoons asleep.

"Over Christmas 2017, she got bad flu because she had no immune system, and she never really recovered.

"When she got told she needed a transplant and dialysis, we were very upset.

"We were very shocked by it, we didn’t think she would need it so soon. Her kidney function had dropped really low.

"If she didn’t have a kidney transplant, things could have got a lot worse. She needed that transplant to give her the rest of her life."

Jayne said: “I was extremely ill. Emily never hesitated in putting herself forward to see if she was a match, when she found out she was, her determination to go through with it amazed me.

“Right up until the transplant I buried my head in the sand, thinking she wouldn’t need to go through with it. I spent my days in bed, sleeping.

“My kidney function was at just six per cent, but the day after my transplant I felt amazing and it shot up to 82 per cent.

“Emily saved my life and I shall always be grateful to her. It was truly the best birthday gift I could have ever hoped for.”

That night, Emily and her partner Steve Monk, 32, trawled the internet to research Jayne's options – and Emily decided to get tested as a match.

The op was a success and Jayne's kidney function shot up from just six per cent to 82 per cent by the next day.

Emily said: "It was just a week after my mum's birthday, I was like 'here's your birthday present'.

"The next day, my mum had so much colour back in her. Seeing her up and about, and knowing my kidney had made a difference to her, made all the pain worth it.

"It was hard for me at first. I felt like I wasn't getting better, it took about four to six weeks for me to turn a corner.

"But I'm absolutely fine now, you wouldn't know I've only got one kidney.

"The doctors said I can carry on my life as normal, I can have another child if I want to, they'd just monitor us more closely.

"I can still go out drinking, I can do anything I want to.

"I went through a bad patch but I've come out the other side. It's the best thing I've ever done. If I could do it for her again, I 100 per cent would."