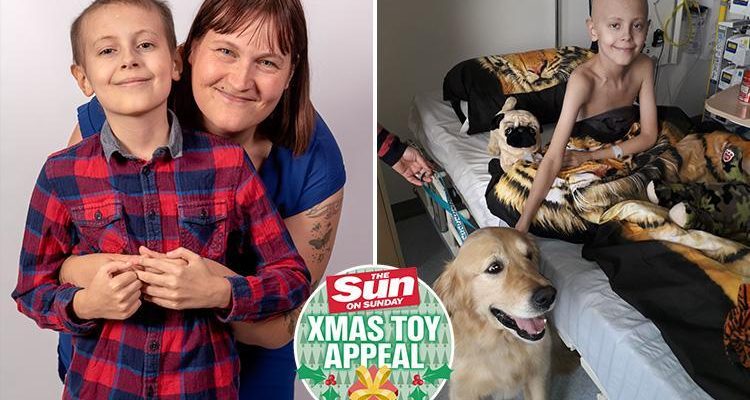 Last Christmas, the then ten-year-old had been struggling with loneliness and boredom while having chemotherapy for a rare cancerous brain tumour. 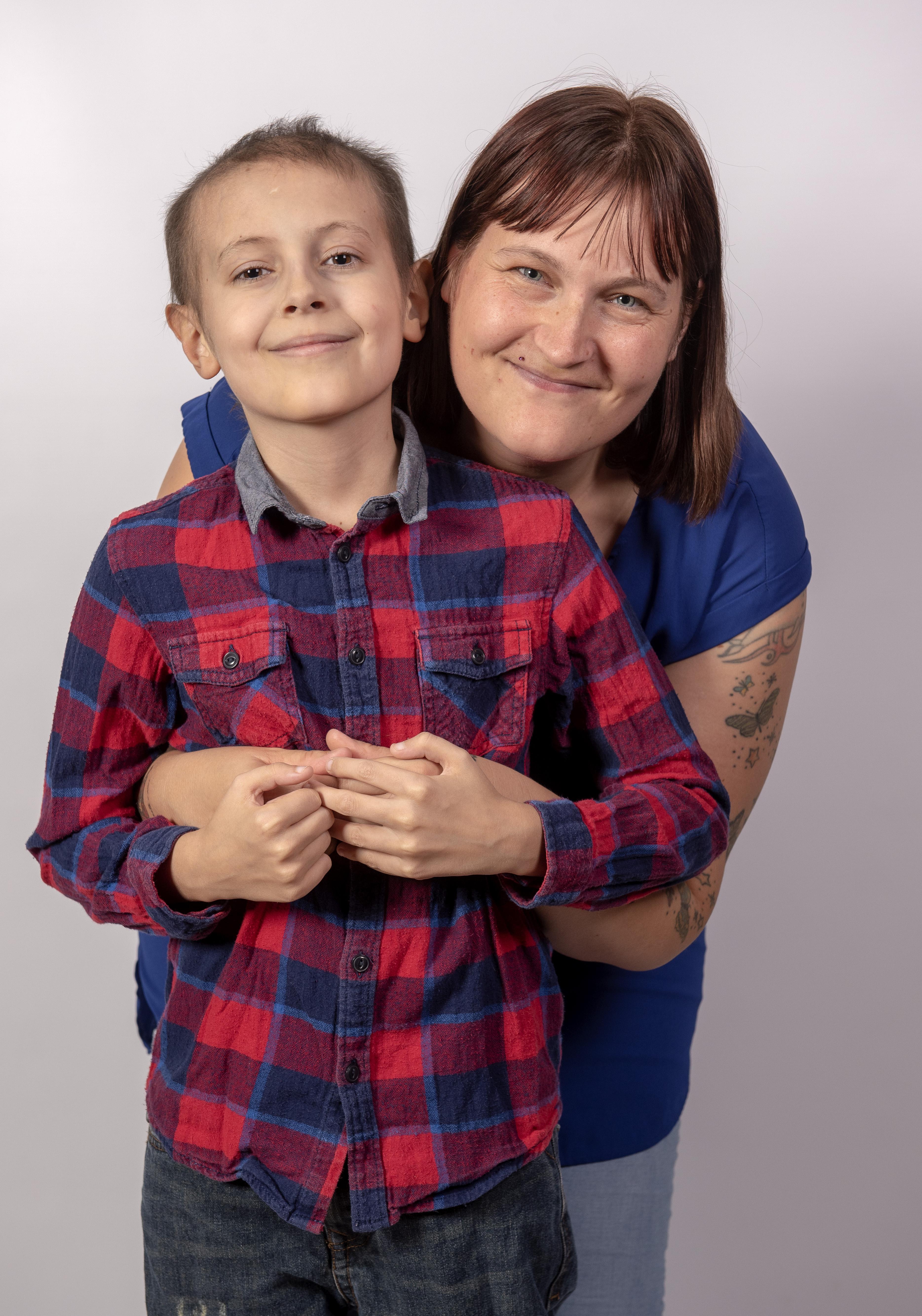 But that all changed when the generous visitor turned up at University Hospital Southampton to give young patients like Lucas toys.

He says: “It made me so happy I could have burst.

“I was in isolation and could see the other children on the ward playing. I was so bored and fed up.

“I asked mum to look for toys on the ward but there weren’t enough for us all. 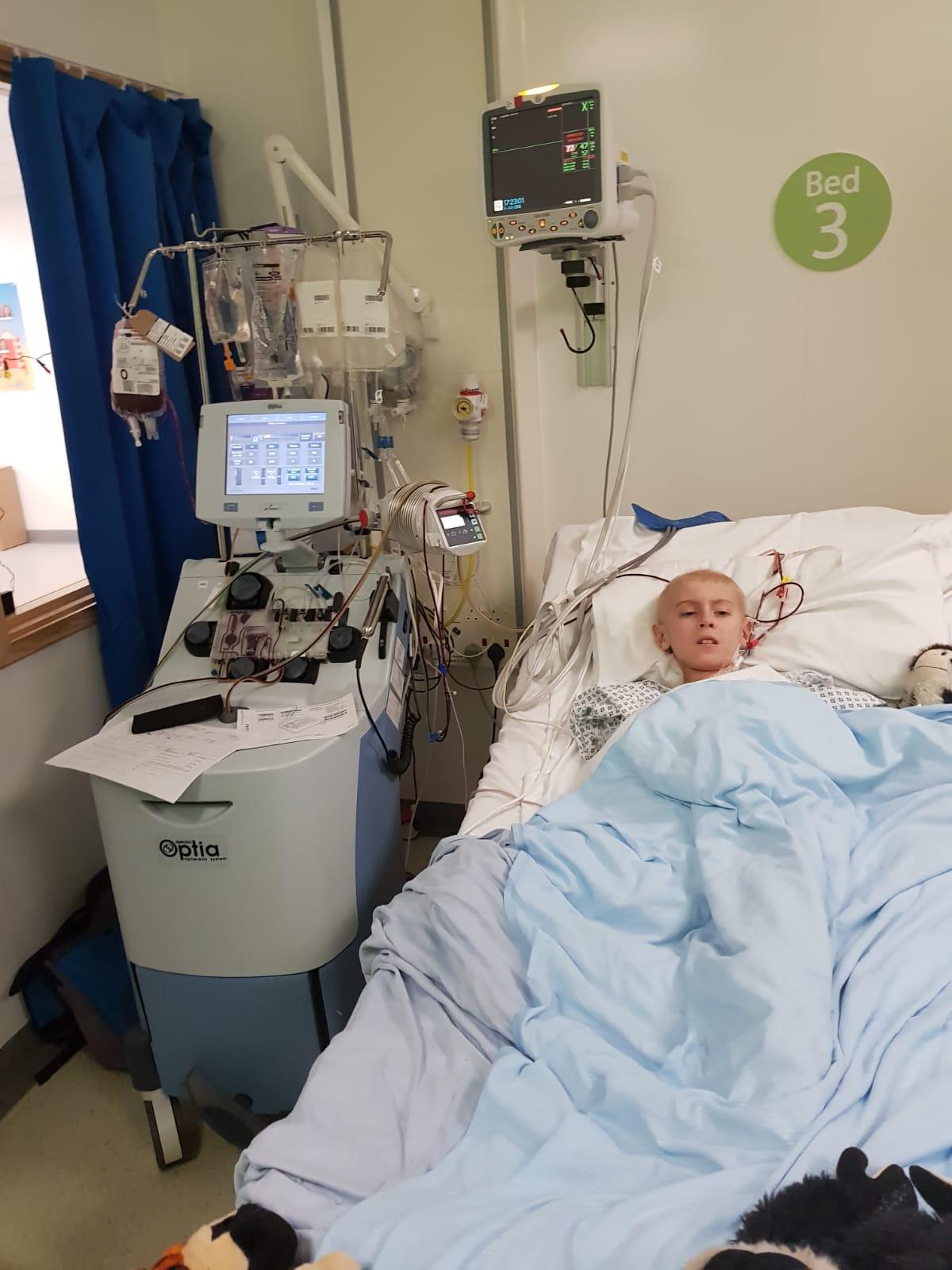 "Then one day a visitor came in and gave me some board games and a selection box.

“It was my best day ever in hospital. I couldn’t stop smiling.”

That’s why Lucas and his family are supporting The Sun on Sunday’s Christmas Toy Appeal.

In conjunction with Children with Cancer UK, we are asking readers to donate money for presents that will be given to six hospitals, including where Lucas was cared for. 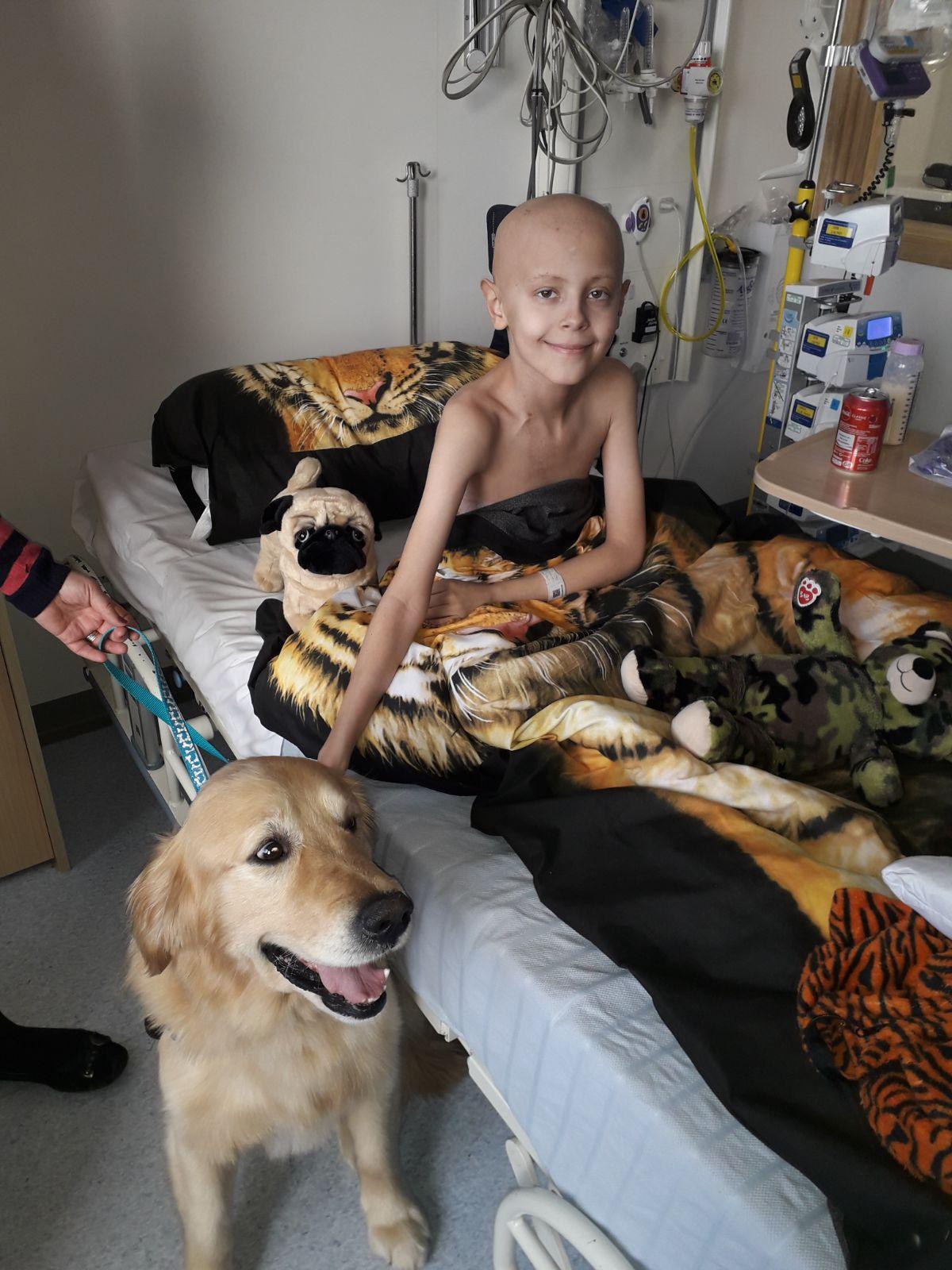 He says: “I had been in and out of hospital all year but Christmas was really hard — it just seemed so unfair that I had to be in there when everyone else was having fun.

“Getting the toys really cheered me up and made me feel like other people cared about me.

"So I think people should help The Sun on Sunday campaign because it will make kids so happy.”

Lucas, 11, first fell ill in May 2017. His mum Debbie, 33, recalls how he would isolate himself in his bedroom and refuse to play with his younger siblings and school friends. She says: “He started to say he felt sick all the time.

Christmas Toy Appeal at the Children With Cancer JustGiving page.

By texting you consent to future SMS contact from Children with Cancer UK.

“He also became very anxious and had bad headaches. He was in constant pain and became a shadow of himself. He was getting thinner and thinner, he couldn’t eat.”

Debbie and Lucas’s stepdad Chris, 35, a bus driver, spent the next two months taking Lucas to the doctors and A&E but they couldn’t find anything wrong.

By July, Lucas was screaming out in pain and, after waking one morning with his head crooked to the side, he was sent to a physiotherapist.

Full-time mum-of-five Debbie, from Chichester, West Sussex, says: “The physiotherapist found a lump the size of a golf ball at the back of his head, near his neck. I felt sick.” 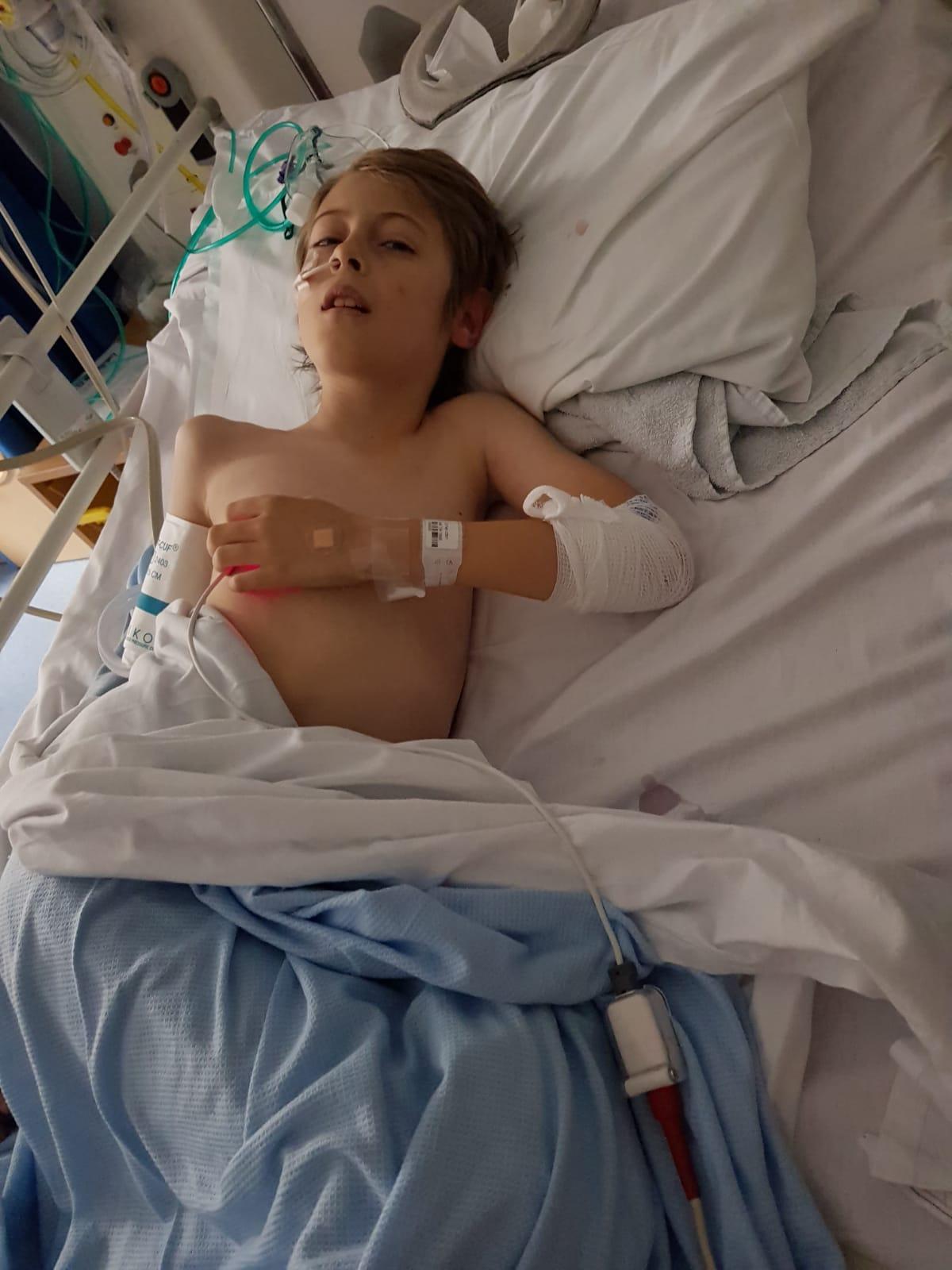 A scan revealed it was a cancerous brain tumour.

Debbie says: “It seemed massive. I couldn’t believe that it was actually in Lucas. No wonder he had been so ill.

“The doctors said that to give him any chance of survival, he had to have the tumour removed straight away. We were devastated.

“They asked if I wanted to tell Lucas but I couldn’t, so they did.” 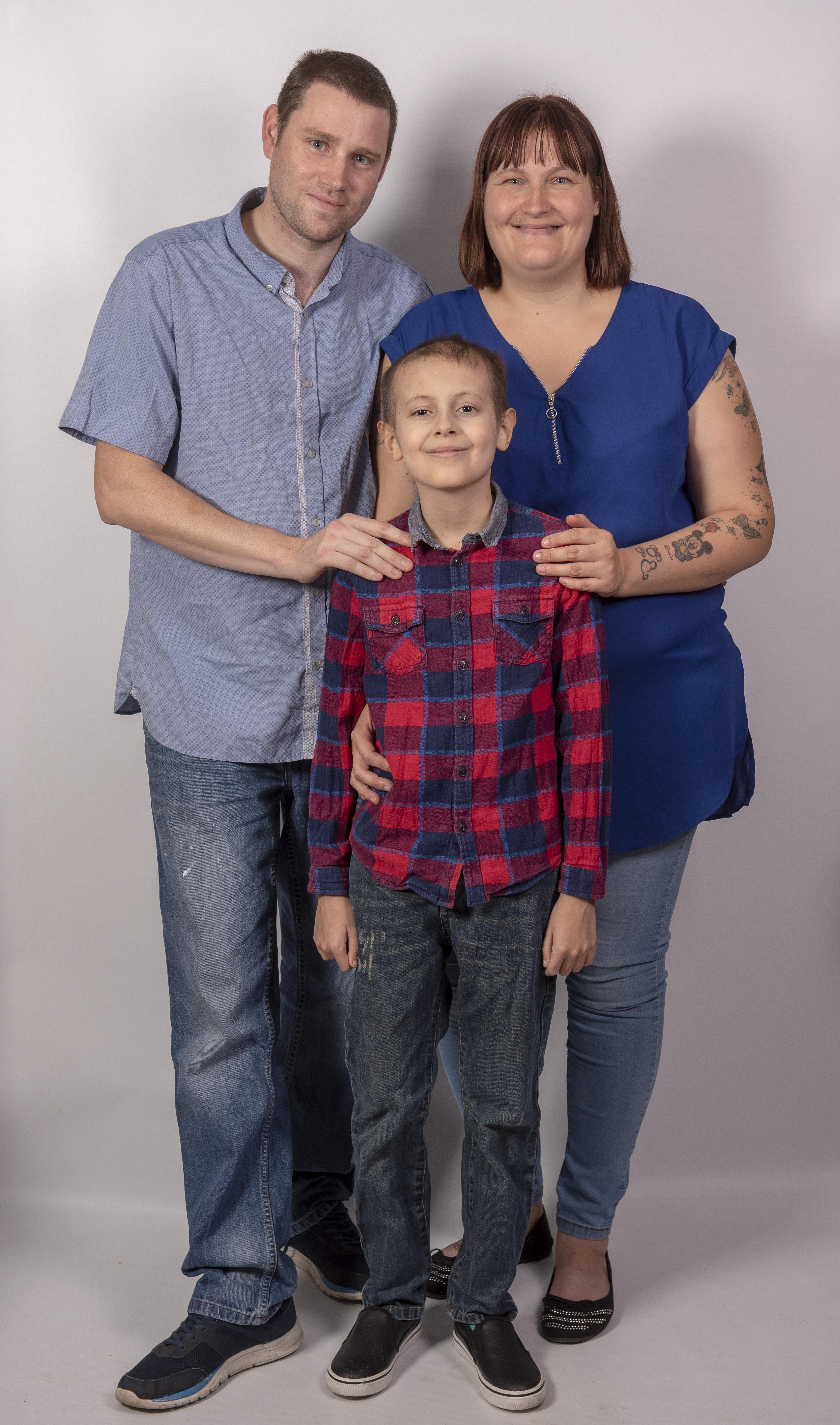 He was rushed by ambulance to University Hospital Southampton.

Debbie, who was pregnant at the time, says: “They didn’t even know if he would make the journey and said if he fell asleep that could be it.

“It was 11pm and all he wanted to do was sleep. The ambulance man was talking to him and shining a torch in his eyes, doing all he could to keep him awake.

“I prayed desperately that we would make it in time. That whole journey was a nightmare. Even now I can remember every second of it.”

During an eight-hour operation, surgeons were able to remove all but a sliver of the tumour.

Lucas then endured months of radiotherapy and chemotherapy, and had to be fed via a tube in his nose. The treatment took its toll.

He recalls: “I would have horrible nightmares, I thought about dying.

“I didn’t like being on my own, so mum or Chris would spend the day and night with me. 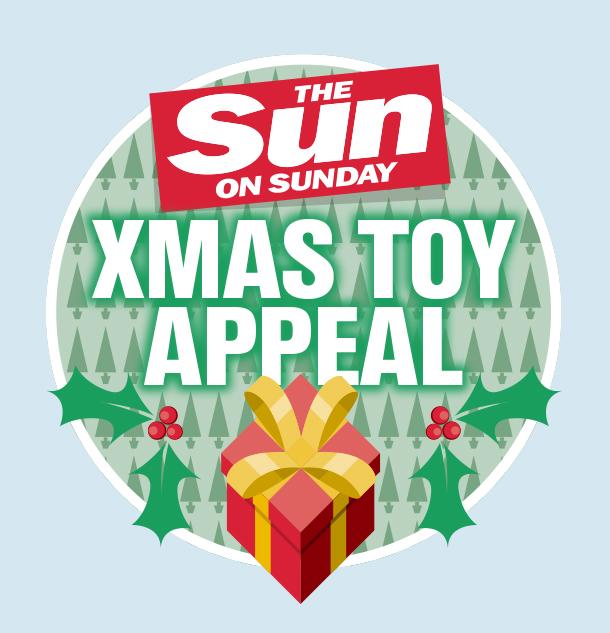 “I hated the needles in the end, I had so many put in me. I knew the treatment would make me well, but it is horrid.”

Debbie says: “At one stage he went down with flu and it was touch and go again. I feared we would lose him but he battled back, refusing to give up.

“Christmas was the worst time. He was very down and he would send us out to hunt for DVDs in the other wards but they were few and far between.

“Keeping him occupied, as he had to be in isolation for five days every time he had chemo, was really tough. 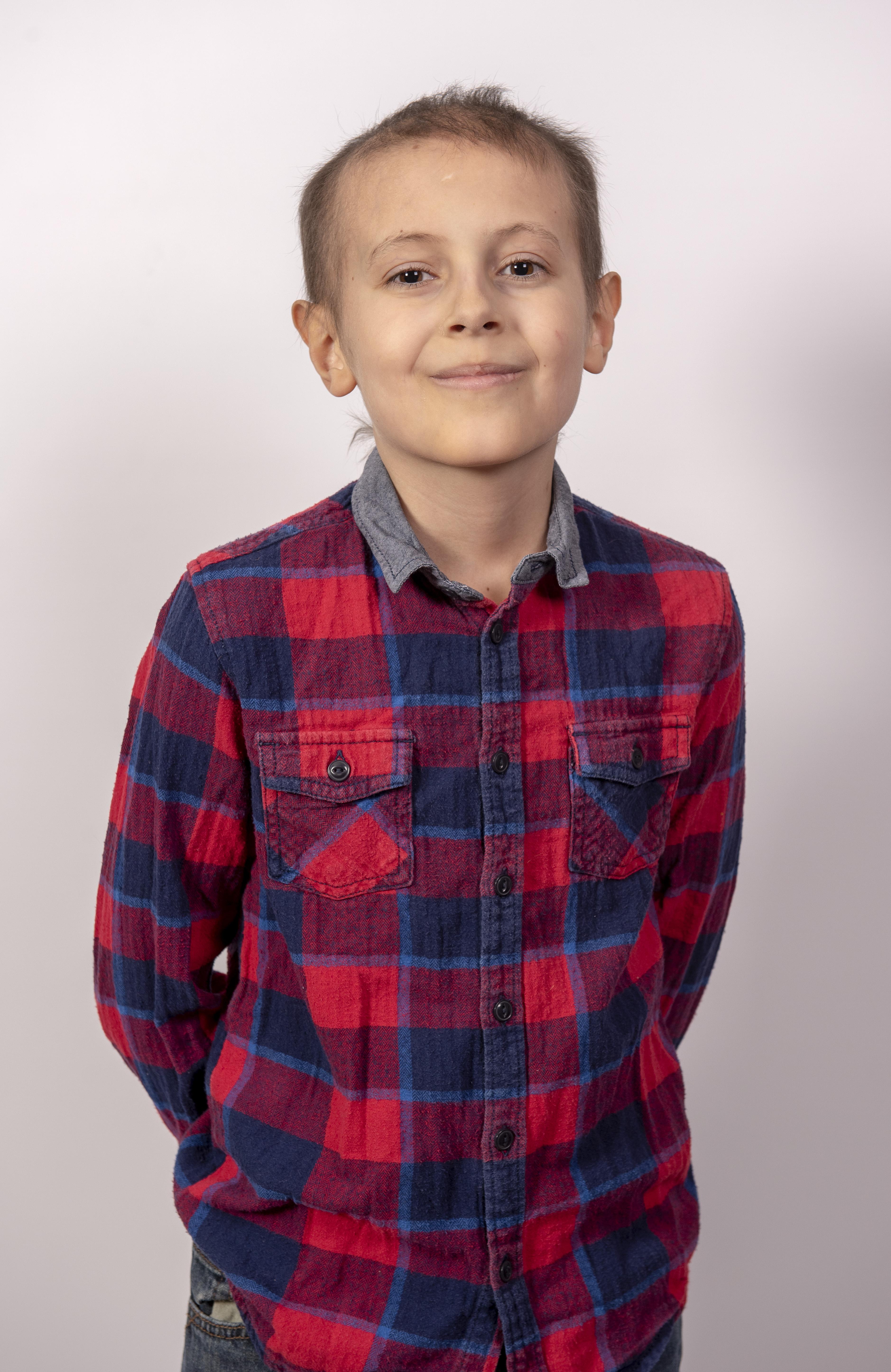 “We all just wanted him to be home opening his presents with his sisters. It was dreadful.”
In April, Lucas was told scans of his head showed no signs of cancer. Debbie says: “He is in recovery now.

"His memory has been affected and he has to have physiotherapy to help with his balance and walking.

“He has a wheelchair but he only goes in it if he is really tired. We know we still have a long way to go, but Lucas is doing really well. 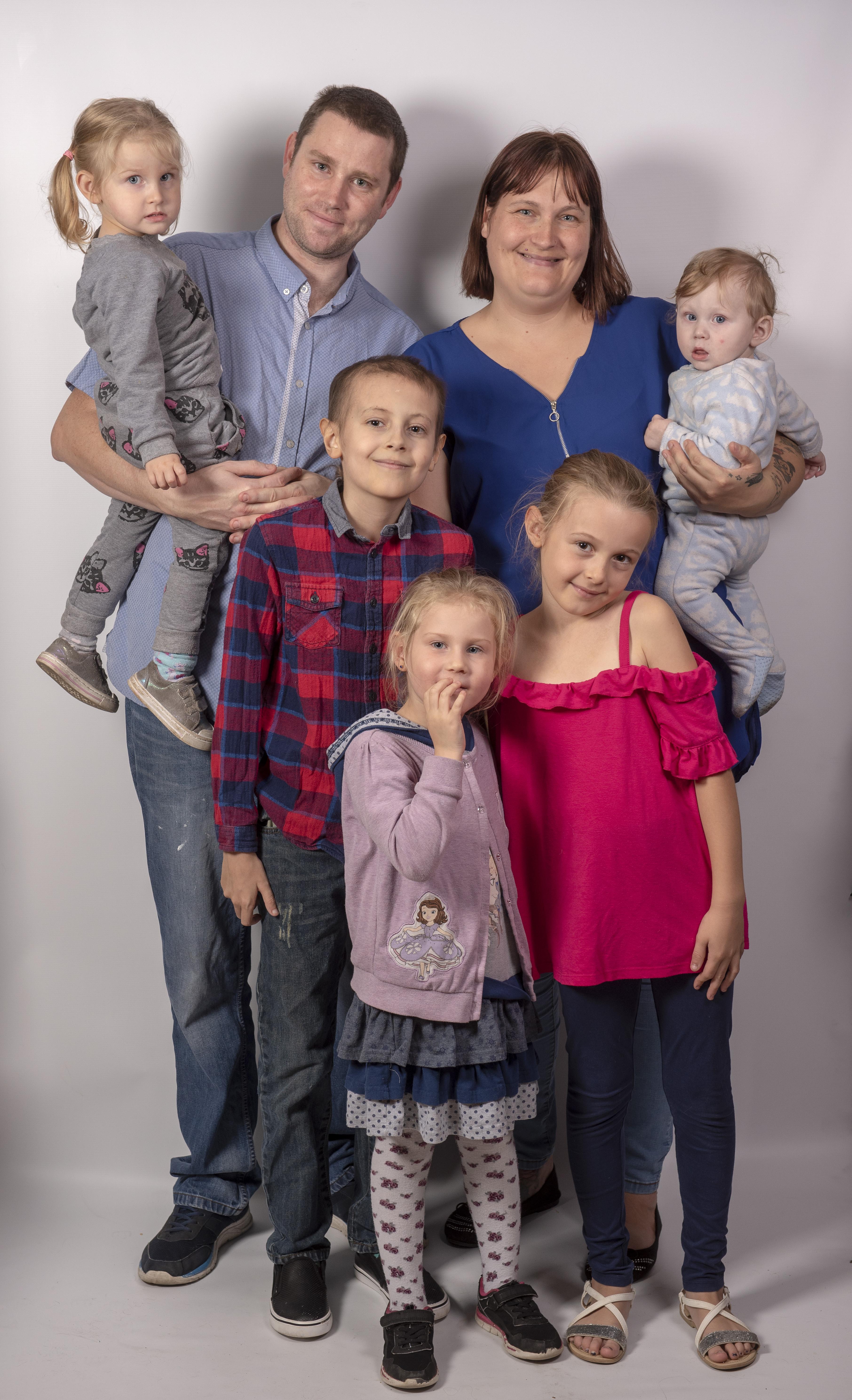 “He’s almost back to the boy he was, enjoying himself and getting into trouble now and again.

“I’m so happy to have my little boy back.”

And Lucas is looking forward to spending this Christmas with his sisters Billie-Jo, eight, Saffron-Rose, four, and Kellie-Ann, two, and eight-month-old brother Daniel.

But he hopes youngsters who are too poorly to spend the festive season at home will be able to enjoy themselves, too.

He says: “I will be thinking of the children who will be in hospital for Christmas.

“It would be great if Sun on Sunday readers could donate to help buy those kids presents.

“It really cheers you up — and it makes you feel that people care about you.”

Christmas Toy Appeal at the Children With Cancer JustGiving page.

By texting you consent to future SMS contact from Children with Cancer UK.