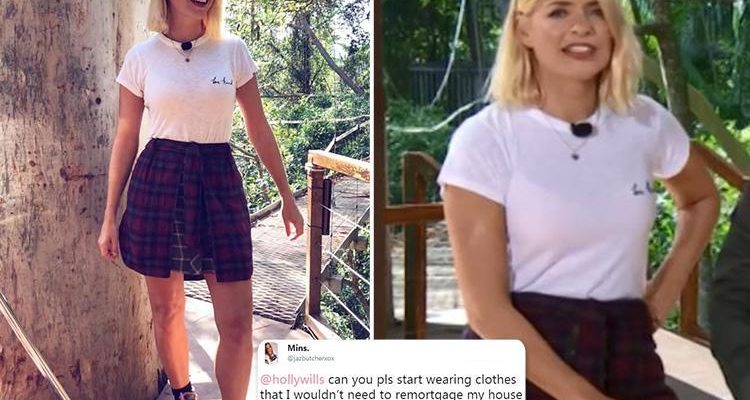 Just one day after viewers urged Holly to sack her stylist over a Western-inspired ensemble, viewers have slammed the presenter's luxury wardrobe as being "too expensive" for us "mere mortals".

Last night, the mum-of-three wore a pricey £90 slogan white T-shirt from American brand Rag & Bone, which she tucked into a £325 tartan button-down skirt.

Having ditched affordable high street labels for designer threads during her new presenting gig, Holly completed her grunge-inspired look with a £295 pair of boots by Camilla Elphick.

Costing an eye-watering £710 overall, Holly is now being criticised by fans of the show for her pricey, yet understated, outfit.

Taking to Twitter to voice their disbelief, one fan wrote: "Holly's outfit on I'm A Celeb is amazing but £90 for a T-shirt – you are joking me, nearly fell off my chair."

Addressing Holly directly, another added: "Can you please start wearing clothes that I wouldn't need to remortgage my house to buy. Thanks hun."

Over on Instagram, other fans moaned that us "mere mortals" would not be able to afford the expensive luxury basics.

Insisting that they "love Holly's style", one fan deemed Holly's clothes "too expensive in the real workers day" and "out of my working class budget." 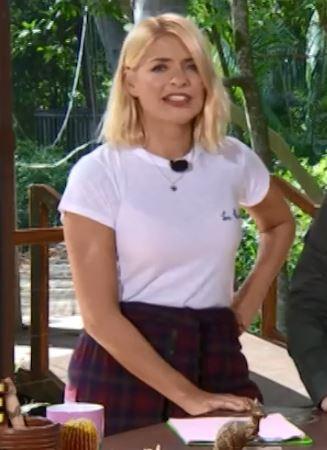 Claiming that I'm A Celebrity has turned into "the Holly show" where the star wears "clothes people can't afford", another fan wrote: "I mean £90 for a t-shirt, come onn."

However, not everyone has been so critical of Holly's latest look.

Commenting on the star's pricey slogan top, one fan wrote: "Love that Holly is wearing a T-shirt saying 'Be Kind' after all the slagging off of her outfits."

Another fan agreed, adding: "I think Holly Willoughby's style on I'm A Celebrity is great! I've loved her outfits, don't know what everyone else is on about."

And jumping to the defence of Holly's stylist Angie Smith – who has flown out 40 '"fun but practical" outfit changes to Australia – one viewer wrote: "Whoever dresses Holly Willoughby, well done! I'm loving every outfit!"

While definitely on the more expensive side of things, Holly's white T-shirt and tartan skirt combo is actually one of the cheaper outfits she's worn this series. 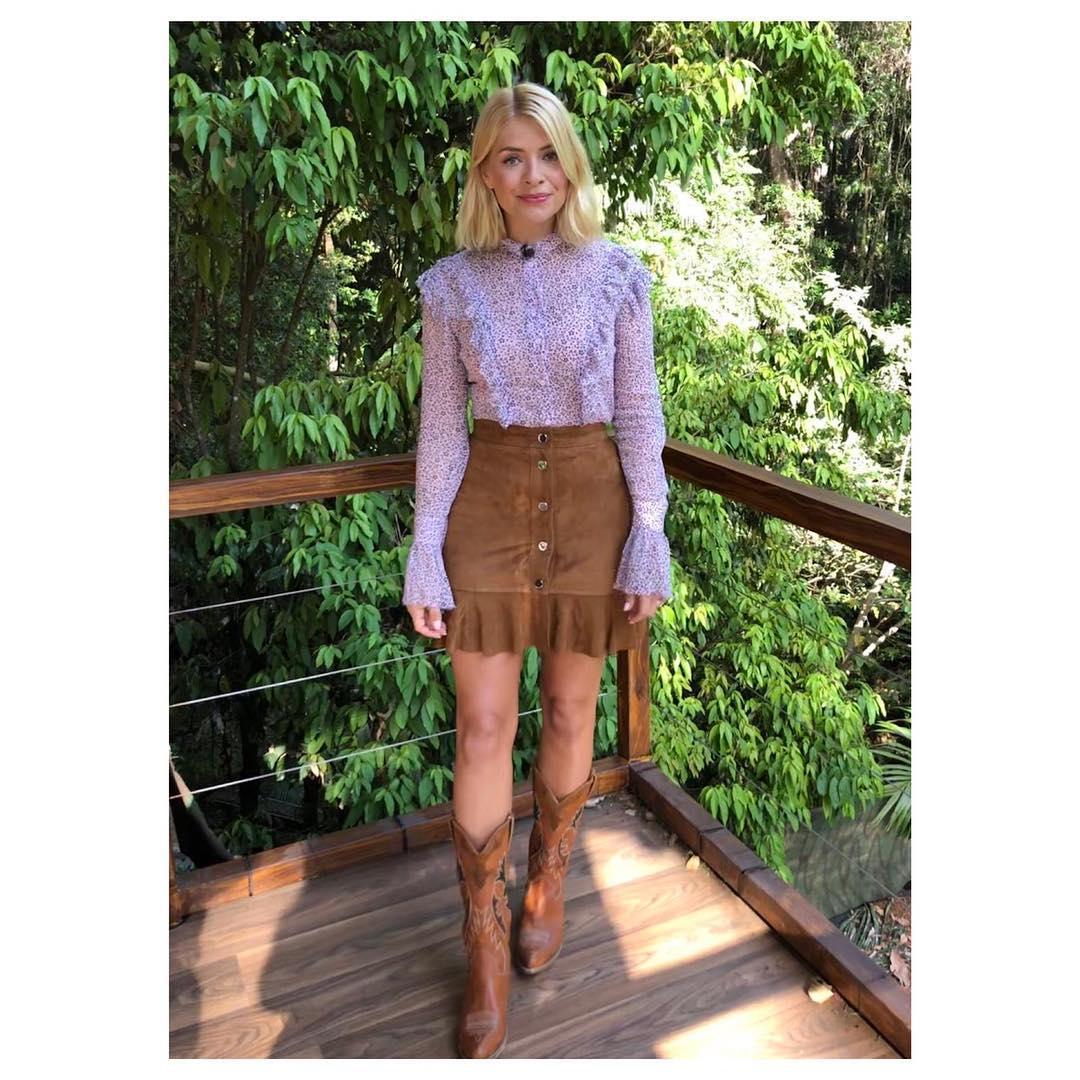 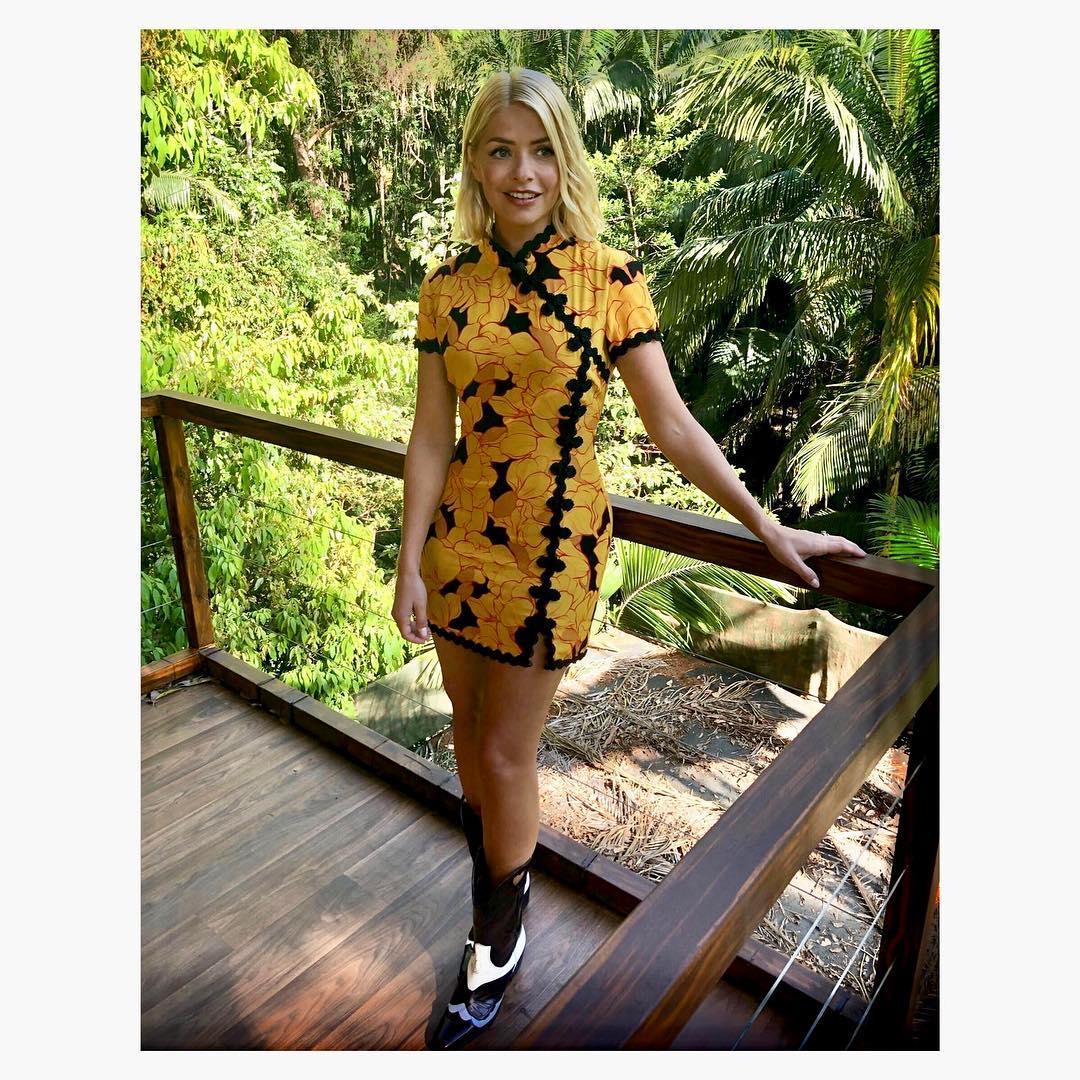 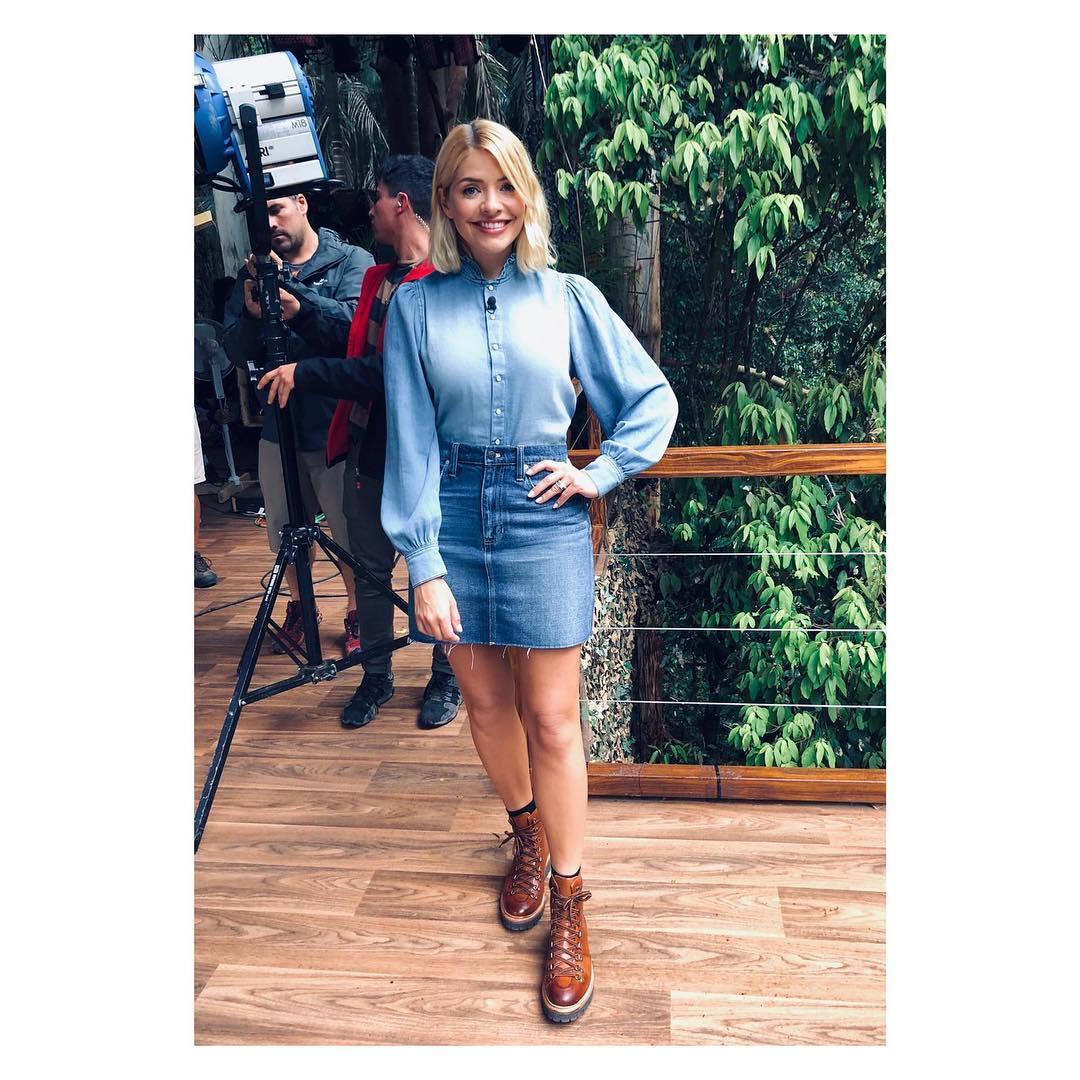 Earlier this week, Holly's Wild West cowboy boots and suede skirt ensemble cost over £1,185 whereas her yellow mini dress and leather boots from the evening before racked up another £810.

Trying her hand at double denim, Holly opted for a statement £165 denim shirt  from luxury brand ba&sh and completed the look with her favourite Grenson Nanette combat boots, costing £280 each.

Modelling an almost identical (but more expensive pair) the day before, Holly also splurged on some £311 black boots from French brand Maje and paired her £120 All Saints tartan dress with a eye-watering £315 leather waist belt from Isabel Marant.

For even more Holly Willoughby news, the first dress from her THIRD Marks & Spencer collection has been revealed.

And Holly Willoughby's stylist prepped 40 outfits for I'm a Celebrity and says looks need to be "fun but practical" – despite the VERY short hemlines.

Plus this is where you can get Holly's I'm A Celebrity blue blouse and snakeskin boots – and how to get them for less.