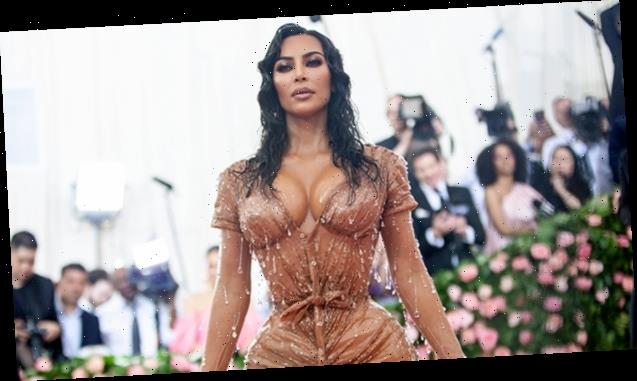 Thirty nine is looking more than fine on Kim Kardashian! We’re celebrating the reality star and mogul’s 39th birthday with a look back at some of her most dazzling looks through the years.

Kim Kardashian, 39, quickly transformed from Keeping Up with the Kardashians star to a true style icon. And at 39, Kim isn’t slowing down. Over the years we’ve seen Kim invest in her businesses, become a mother of four, and reinvent her style over and over agin. She’s not one to shy away from pushing fashion boundaries, and has always maintained her own brand of confidence from the very beginning! At 39, Kim is just getting started, and we love to see how her style has evolved throughout the years!

Her most recent Met Gala appearance may just be her best look EVER. Kim arrived on the red carpet looking incredibly cinched — literally! The reality star donned a fitted dress for the Met Gala’s opening of Camp: Notes on Fashion, and Kim’s look was definitely noteworthy. She even revealed that she had to take breathing lessons just to wear the daring Thierry Mugler ensemble! The dress featured an a bronze hue with jewels dangling all about her dress like small chandeliers. Her whole look from head to toe was absolute fire. In previous years, Kim has turned heads on the Met Gala red carpet. She rocked a silver metallic Balmain gown in 2016, and then the year before she sizzled in a see-through Roberto Cavalli dress that showed off all of her famous curves.

But Kim doesn’t just stun at the Met Gala. The KUWTK star regularly turns heads while she’s out and about, and on her way to appear on a talk show was no exception. Kim rocked a black halter top and leather pants in early September, heading to a taping of while on her way to film The Tonight Show Starring Jimmy Fallon in New York. The sheer halter top, designed by Church Boutique, had a subtle shimmer to it, while Kim’s shoes were from Yeezy, her husband, Kanye West‘s, line. The look was simple but it was so Kim as she confidently strode, showing off her toned arms. While this ensemble definitely didn’t require any breathing lessons — that we know of — it totally encapsulated what fans love so much about Kim’s fashion: a sleek, confident and daring look.

To see more of Kim’s style through the years, check out our gallery above! Whether it’s on the red carpet, or out and about with her family, Kim is always trying something bold and new. We can’t wait to see what she does in her 39th year!