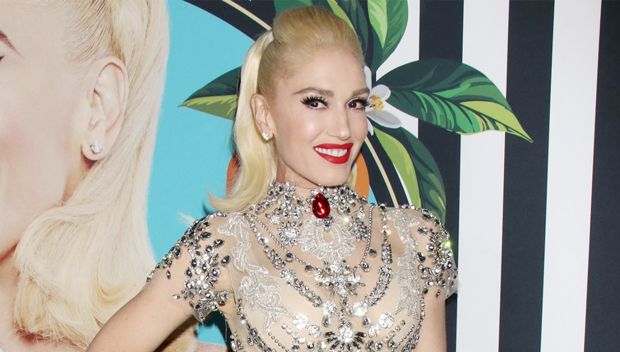 Did Disney add a new princess to its franchise? You may think so after seeing Gwen Stefani’s gown for her performance at Disneyland on Nov. 15, which was fit for Cinderella’s royal ball!

Gwen Stefani, 49, sold her performance during the taping of Disneyland’s Wonderful World of Disney: Magical Holiday Celebration in Anaheim, California on Nov. 15. It certainly helped that she looked like a shoo-in for Cinderella and Rapunzel! The former lead singer of No Doubt made her royal entrance into “The Happiest Place On Earth” in a horse-drawn carriage — complete with footmen — and her gown’s layers of pink tulle spilled out of her fairy-tale transit. You know, typical princess protocol! She later took the stage to sing the Christmas classics “Let It Snow” and “Feliz Navidad.” SEE THE PICS OF GWEN STEFANI LOOKING LIKE A REAL-LIFE DISNEY PRINCESS, HERE.

Gwen kicked-off Disney’s annual holiday show, which ABC will air on Nov. 29. Other music icons followed suit, and the lineup included Meghan Trainor, Brett Eldredge, Andrea Bocelli, Matteo Bocelli, Jordan Fisher, Becky G, Aloe Blacc, Maddie Poppe and Why Don’t We. But it was especially sentimental seeing Gwen in the theme park, as it’s located in her hometown of Anaheim!

We can see why Disney gave Gwen the honor of leading the holiday show. Although known for pop songs like “Hollaback Girl” and “Rich Girl,” she’s made a recent segue into Christmas music. Gwen just released the deluxe edition of her Christmas album, You Make it Feel Like Christmas, on Oct. 26, adding five new tracks to her tracklist of holiday goodies like “Santa Claus Is Coming To Town” and “Winter Wonderland.” And she’s had good practice for yesterday’s performance, as she also covered “Feliz Navidad,”  the song she sang at Disneyland on Thursday. Her boyfriend and former Voice co-judge, Blake Shelton, 42, is especially pumped about the new project! Just take a look at his Twitter, and you’ll find the cover art of Gwen’s Christmas album as his profile picture. Get you a boyfriend who’ll do your shameless promotion for you!

Gwen’s Disneyland performance happened just a day after a shocking report: she and Blake are “in the final stages” of choosing a surrogate to bear their first baby, according to a Us Weekly source! HollywoodLife then learned that the couple has “discussed all avenues of growing their family, including adoption, surrogacy and even traditional pregnancy,” as a source EXCLUSIVELY told us on Nov. 15. We want Gwen and Blake’s real-life fairy-tale to come true!