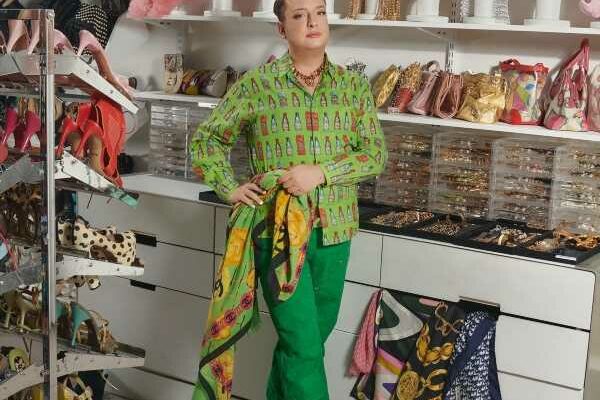 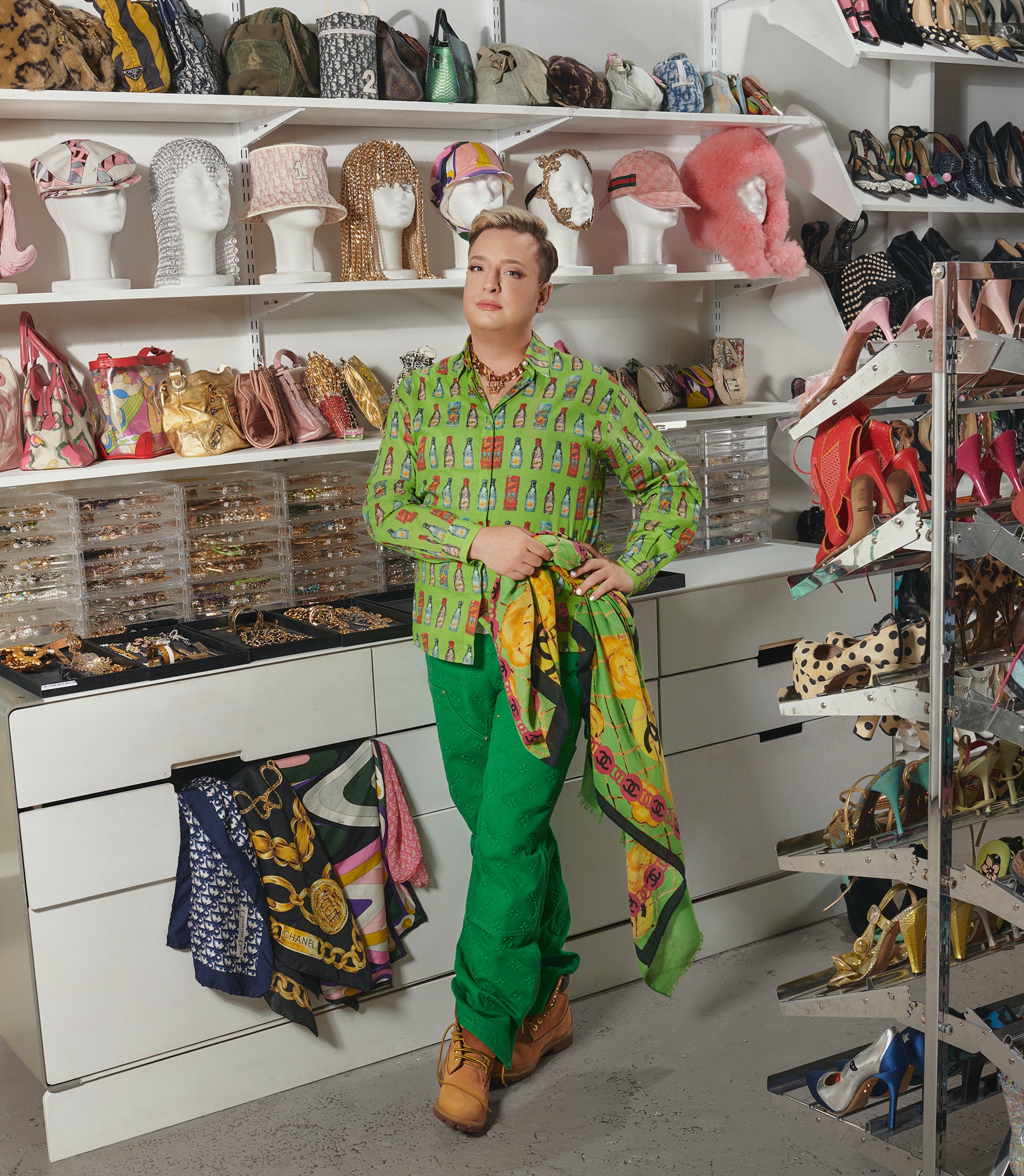 For our annual “The Originals” issue, we asked creatives—pioneers in the fields of art, design, fashion, comedy, activism, and more—to share their insights on staying true to themselves. Read all of this year’s interviews here.

Your Instagram account, @gabriel_held_vintage, on which you celebrate the joys of early-aughts style, has made you into a cult figure in the fashion world. You’ve even been credited with reviving trends from the era, like the Dior trotter print, with your posts. Meanwhile, you’ve dressed the likes of Bella Hadid, Keke Palmer and Lourdes Leon with your vast vintage collection. Was your teenage bedroom covered in clippings from magazine editorials?

I didn’t really put them on the wall, but I had a backgammon case I carried around with my magazine clippings in it. I was inspired by the show Daria to try to start a fashion club at my middle school, but, you know, nobody really joined. [Laughs] But I would still lay out my images on the lunchroom table. These days I’m not looking at tons of imagery after 2004 or so, which is when I graduated high school. That’s my sweet spot, I guess.

Whom do you consider to be an original?

Gianni Versace was definitely an original—he posed a lot of questions about what is “good taste.” But I’m more interested in behind-the-scenes people like stylists—they weren’t really talked about when I was growing up. My mentor, Misa Hylton, created the Lil’ Kim aesthetic—basically the blueprint for the majority of female rappers to this day. It just shifted the whole conversation. Prior to that, women in hip-hop were not trying to be sexy; they were trying more to blend in with the men and be more masculine or androgynous.

Like Versace’s, a lot of your work plays around with our assumptions of good taste vs. bad taste.

In terms of shopping and sourcing, I just look at everything. One thing that gives me my own niche, I guess, is that I collect some “lower-end” stuff—you know, stripper clothes, and Juicy and Baby Phat—in addition to established high fashion. As a creator, I’m less focused on trying to do something that’s never been done before; most things have been done.

What does originality mean to you?

Originality can mean not just creating something new, but changing the perception of something. A lot of things that may fall outside the purview of “good taste” are being perceived in a different way now, amid this 2000s revival and mainstreaming of camp.

All the wrong things. [Laughs] I was a self-tanner. My eyebrows were probably too thin. As most people were at the time, I was really into designer denim, like Diesel, 7 for All Mankind, or Miss Sixty—low-rise, boot-cut, distressed, gross. Gross, as in anything from the MTV VMAs between 2000 and 2004.

What aughts-era designer do you think will next make a comeback?

Rifat Ozbek was so major in the ’90s, but I haven’t seen people other than my clients wearing him again. I notice a lot of fashion Instagrams posting old Todd Oldham runway pictures, but I don’t really see people wearing it out in the wild. And I think Christian Lacroix hasn’t been given the same moment to shine like Thierry Mugler or Jean Paul Gaultier. I feel like irony in fashion sometimes requires going to a more recent history of things that people are still wearing unironically in some places. Not yet, but one day I could see the Hervé Léger bandage dress having a revival.

What’s your most prized possession in your archive?

Todd Oldham was really too generous in giving me a lot of the samples from his runway shows from the ’90s. I also have two of his looks from The Nanny, and legend has it that most ended up getting donated to Goodwill to make room at CBS. Devastating—but I’m sure it was a great day for somebody thrifting.